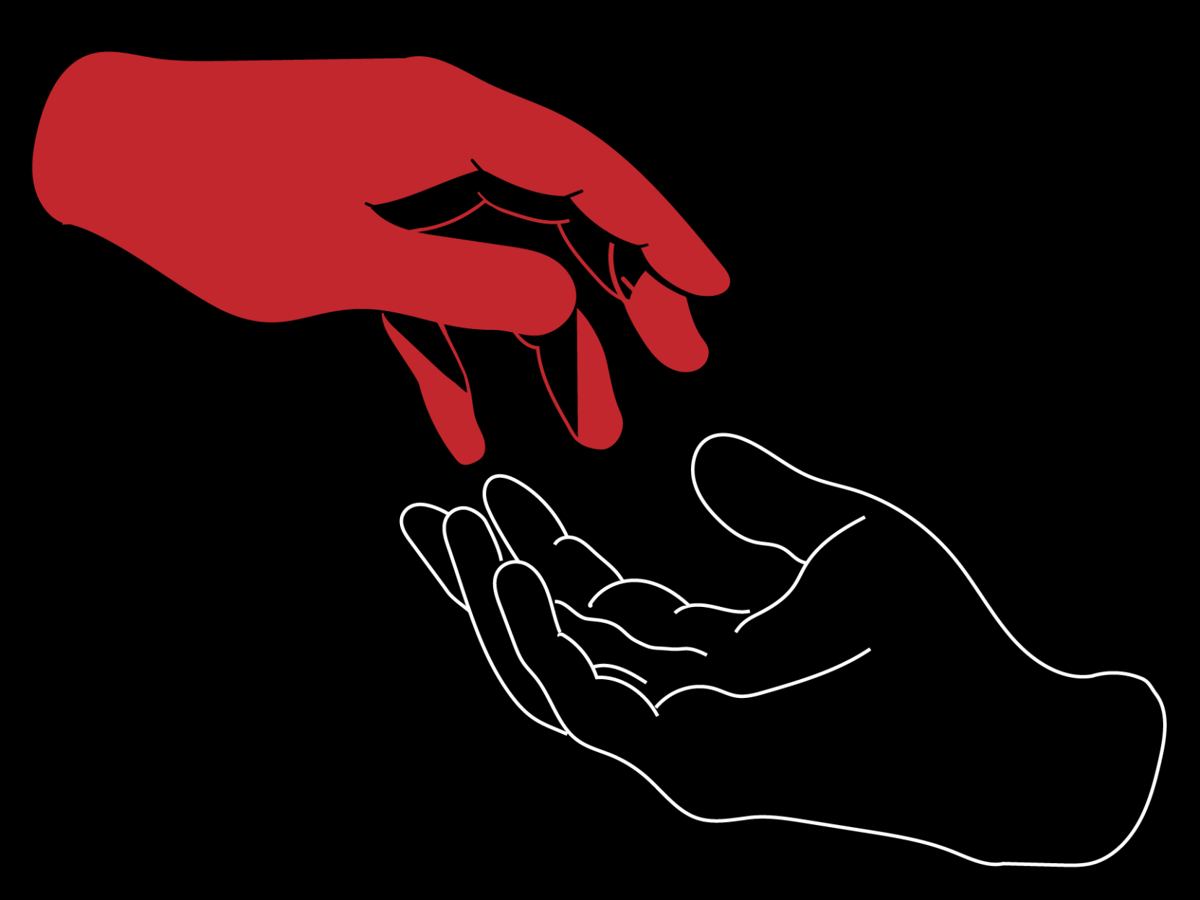 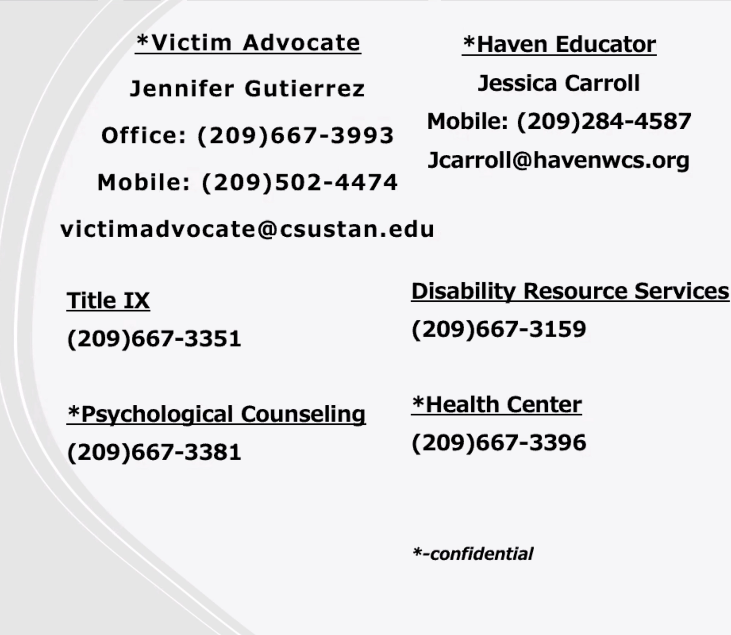 Campus resources provided by the hosts of the Supporting Survivors workshop, Jessica Carroll and Jennifer Gutierrez.

“90% of sexual assault survivors do not report the violence they have experienced,” started Carroll. She explained that marginalized communities in particular face significant obstacles in obtaining medical care or accessing the legal system. "Factors such as race, gender, language barriers, disability, class and gender identity often exacerbate the institutional failure in response to sexual violence.” Carroll finished.

The hosts transitioned into a conversation about comprehensive support programs such as the Coordinated Community response Team (CCRT) which, according to Carrol, is the communities approach to sexual violence on campus, which refers to the multifaceted, coordinated efforts to accomplish unified goals that engages key stakeholders from the surrounding community and throughout the campus including students, faculty, staff, and administrators. These types of programs should be accessible to all victims. They should be intersectional, be understanding of how each survivor's story is different, prioritize the needs of the survivor through interventions, and be culturally relevant.

Not only are these programs important for sexual survivors, but it's usually a peer or friend that the victim confides in first before everyone else. “40% of time, a survivor will disclose to a friend or a peer before they report it to anyone else.” stated Carroll. If a victim confides in you such personal information, it's best to just listen because it's usually hard to know what to say.

“If someone disclosed that kind of information to me, I would honestly probably just thank them for telling me because that shows they have a level of trust towards me,” said Erica Williams (sophomore, Psychology). As Carroll said before, victims would rather know that you are listening to them rather than just being told they need to go report the incident. If you were to give a response to their story, never shift the blame onto the victim. Asking questions about what they were wearing or if they resisted are definitely not things you should be saying in response to a victim's sexual assault. “I would think that you definitely do not want to criticize their experience or even downplay their story in any way,” said Williams. The bottom line is if you're not sure about your response to the victims experience, it's best not to say anything at all and just listen.

Self-care isn’t just reserved for the victims, but can also be helpful in caring for one's self after secondary trauma. Vicarious or secondary trauma is defined by the U.S department of Health and Human services as, “Trauma-related stress reactions and symptoms resulting from exposure to another individual's traumatic experiences, rather than from exposure directly to a traumatic event.” The self-care that you can do really can just boil down to the simplest things like taking a nice bath or even just saying no to things. Carroll explains by saying, “Especially a lot of us are students, we all tend to put a lot of stuff on our plates, so it's okay to say no to stuff you don't want to do. It's a good step in a healthy routine of self-care.”

Carroll closed the workshop with a very important message. “You cannot best support others if you aren't supporting yourself. Be mindful of vicarious or secondary trauma and practice self-care.”

Below is an image of campus resources that were provided by the hosts of this workshop.

Graphic Designer for 'Book of Trends'

Hello! I'm Samantha Tonarelli. I am currently a creative media major at Stanislaus State. I am a student employee for the school and a recent intern for the school news outlit 'The Signal'.