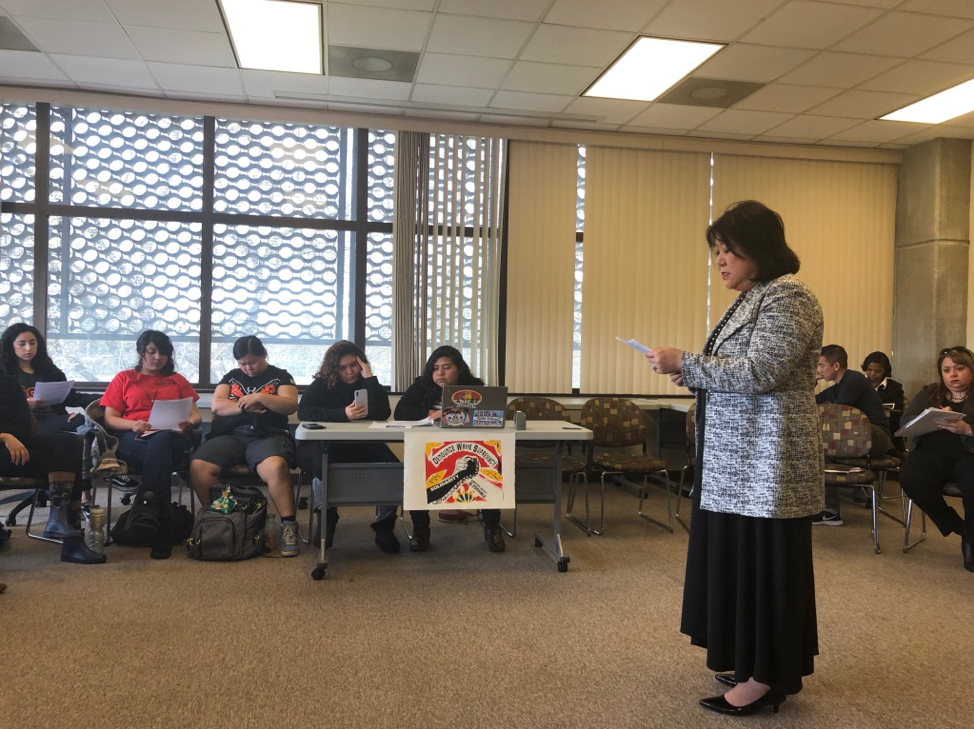 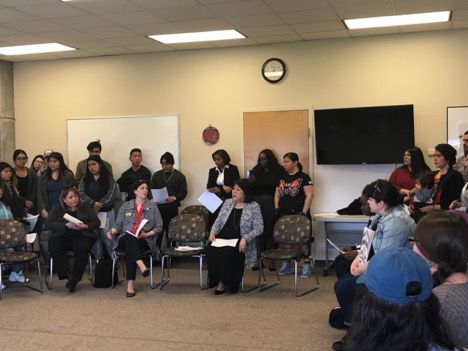 President Junn listening to the students and their concerns. (Signal Photo/Paula Sanchez) 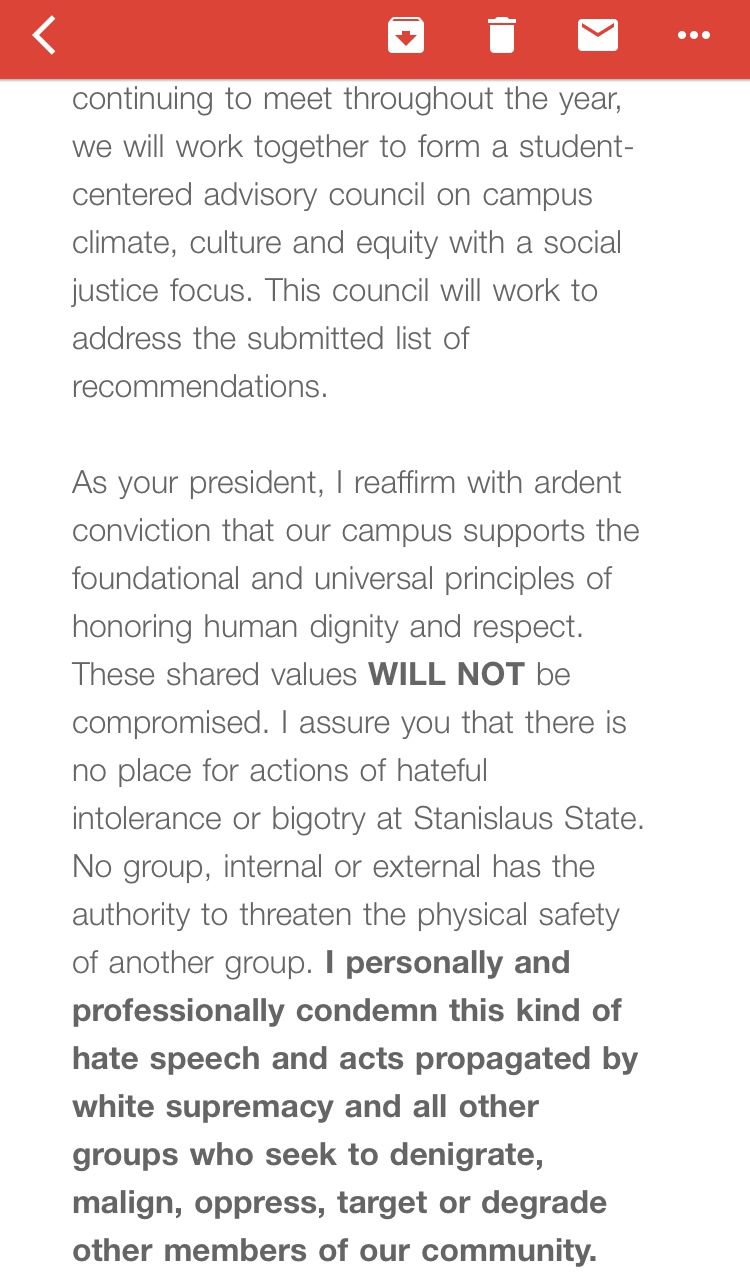 A statement made by President Junn in her email.

After being dissatisfied with the lack of response from President Ellen Junn regarding the white supremacy posters placed around campus these last couple of weeks, a meeting was held by the students running the Transformative Tuesday Teach-Outs, as well as other faculty members and students, to discuss the problems occuring on campus.

After the students set the agenda, a conversation began that expanded on the List of Recommendations that were made by students prior to the meeting this morning.

The concept of the List of Recommendations was born out of an Ethnic Studies class, Theories and Concepts. However, other clubs and students contributed in making the points on the list.

The list was created to foster a safer campus environment for marginalized communities.

Once the students had finished reading the list, several people present, including a Stan State parent, Mike Nagal, asked President Junn how she felt “deep in [her] heart” about allowing white supremacy to terrorize the campus community.

“It’s devastating to see that this country is going backwards,” said President Junn. She added that she was “thrilled” to hear from the students and to see the List of Recommendations as she had already been pushing for things on the list, such as the display of public art.

Afterwards, the students questioned what President Junn was going to do in regards to the denouncement of white supremacy.

She proposed that both the students and herself begin to meet regularly to address the points on the List of Recommendations.

However, before that could happen, students urged President Junn to publicly denounce white supremacy on campus, which she did later today.

In her email, President Junn wrote, “I personally and professionally condemn this kind of hate speech and acts propagated by white supremacy and all other groups who seek to denigrate, malign, oppress, target or degrade other members of our community.”

She added that she will begin meeting with students to “work together to form a student-centered advisory council on campus climate, culture and equity with social justice focus.”

Until then, the Transformative Tuesday Teach-Outs will continue.

When asked to give a comment on the progress made today at the meeting, student representatives who had spoken at the meeting declined to give a statement, preferring to speak as a collective body rather than individuals.

The meeting ended with a loud chant led by students who filled the room. "Whose university?! Our university!"