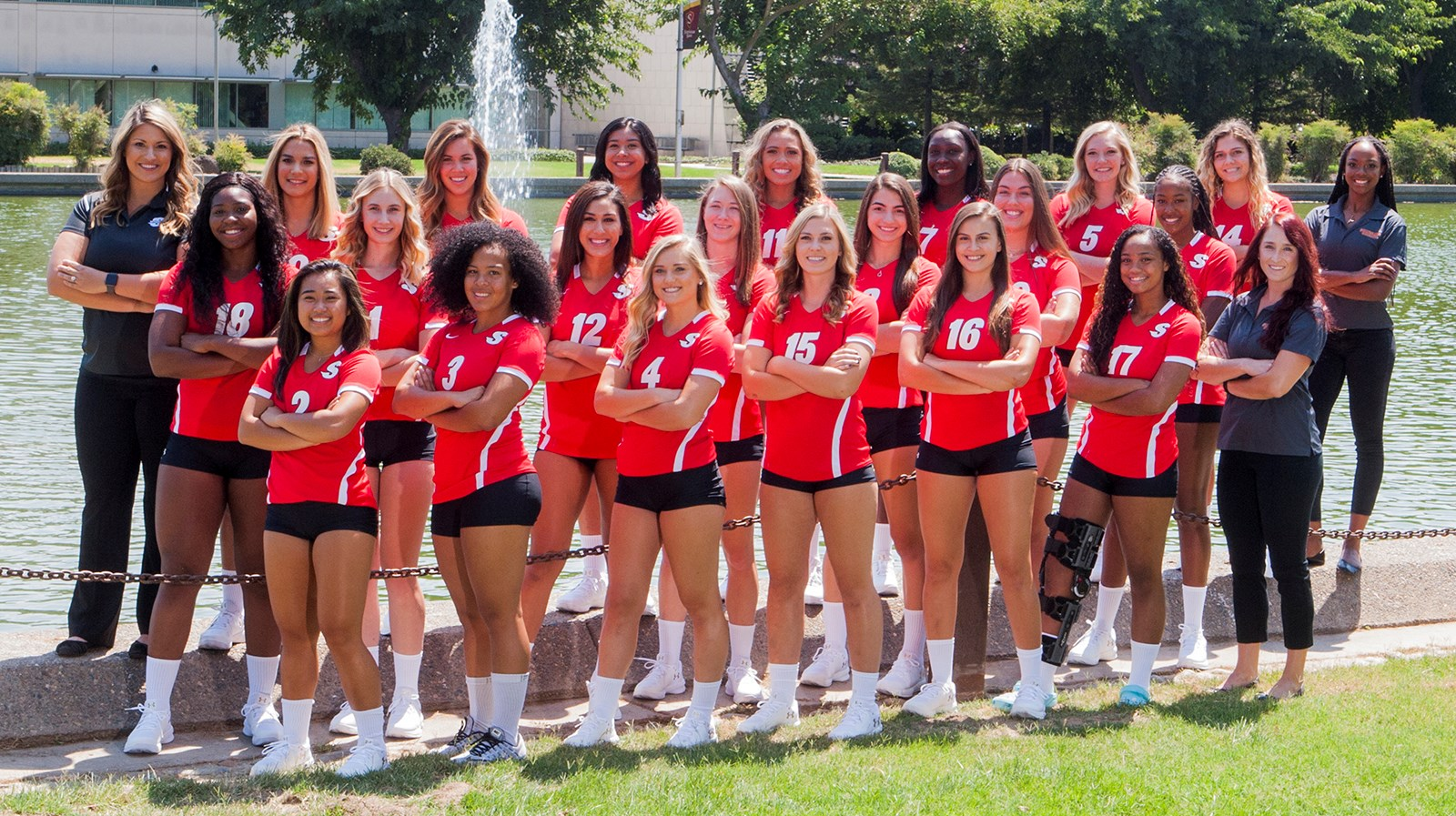 Following a tough season last year with 23 losses and only 3 wins, that was plagued with injury and inexperience, the CSU Stanislaus women's volleyball team have left their loses in the rear view. The Warriors under the helm of former Greek pro player Coach Mallori Gibson-Rossi are poised for a bounce-back season and deep playoff run. They currently have a strong 16-10 start to this season and are looking for support from fellow students.

The CSU Stanislaus volleyball program has been struggling to reach its untapped potential in the past, but in her fourth year as head-coach Gibson-Rossi has high expectations for her team.

With a new fast pace offense, and starters with more experience the CSU Stanislaus volleyball team has post-season aspirations and expectations to make the CCAA tournament at the end of the 2018 season, which they currently have achieved.Gibson-Rossi has taken the team to the conference tournament two out of the three past years, and really think that this team is capable of reaching it.

“We are actually hosting the conference tournament this year, so it would be a really big advantage for us to be playing at home for the tournament,” explained Gibson-Rossi.

The team put an immense amount of work in the offseason as they had so many scheduling conflicts the practices took place at 5:30 a.m. “Our team captain would send a text out usually at 5 o'clock, and if you didn’t respond you would get a call to make sure you were awake,” Gibson-Rossi stated.

Breanna Cannon (Sophomore, Chemistry) was unanimously voted to be a captain of the team by not only the players but also the coaches. Gibson-Rossi raved about her leadership ability, and about the fact, the team looks to her.

“She has a lot of leadership out there. Everyone looks to her and they respect her.” Gibson-Rossi explained.

Coach Gibson-Rossi spoke highly of Cannon and said: “She has a lot of poise out on the court and she is confident, whenever we are needing something from someone she’s definitely a person who hold people accountable, I think that's why people gravitate towards her.”

Another aspect that coach Gibson-Rossi and the team have really tried to improve on is the togetherness of the team.

“That is one of the biggest differences between last year and this year is just they definitely are a family and support one another, and it's been really good to see them stay together as one unit” explained Gibson-Rossi.

The 2017 season did not go as planned or hoped as the team managed only three wins. Coach Gibson-Rossi explained  “It was pretty much a brand new team… there was not a single starter from the prior season”.

The team was very inexperienced as Gibson-Rossi explained the starting line up that consisted of 4 freshmen and 1 sophomore. They were also forced to battle devastating and untimely injuries at multiple positions.

To summarize what the team went through when it came to injuries last season Gibson-Rossi said: “Anything that could go wrong did.”

A devastating injury that really hurt the team Gibson-Rossi mentioned was the starting setter which she called the “quarterback of the team” suffered a broken nose causing a player who had never played the position to have to fill in.

Another disastrous injury for the team was starting libero Chelsey Berry ( Sophomore, Communications) who suffered a knee injury in the pre-season. The injury was a huge blow to the team and Berry’s family.

The injury really hit home for Berry and her family as she hurt that same knee her senior year participating in Tracy High School powderpuff football game. Berry was worried about her volleyball future at Stan State after her injury but was welcomed with nothing but support from the coaches and team.

“They were super supportive, and told me the trainers will help me get healthy again,” Berry explained.

Berry expressed how hard it was to not be able to battle with her team saying “It kind of puts you in depression mode because you can't do anything besides verbally help your team. That was the hardest thing because I also felt like I let the team down because we had injury after injury it was like one thing after another.”

Both Berry and coach Gibson-Rossi would love to see more students at the game. Gibson-Rossi raved about the energy and intensity as the Greek fans would bring sparklers to the games, and there was a need for riot police.

Gibson-Rossi stated more participation at the school’s would be amazing, and did express her desire to fill the whole gym rather than just using the one side. “The gym holds about 2000 people, but we only get about 400 at the games and would love to fill the gym,” stated Gibson-Rossi.

“We have a  new director of marketing, and she is doing an awesome job. Each night we have a different marketing promotion” said Gibson-Rossi.

With a new director of marketing, the plan is simple and that is to simply get students to go to one game just to experience it. “Usually once they come once they love it, and it’s an exciting game and they always come back” explained Gibson-Rossi.

“Other athletes are really supportive, and we all go to each other's games so getting more students would be even better.” Said Berry.

Attending volleyball games provide students who would like to get involved in school an opportunity to cheer on their school while also meeting people. Kristen Alves (Sophomore, Biology) has not yet attended a sporting event but does plan on it.

“I enjoyed going to sporting events in high school, and that is something I actually miss so going to the games here can fill that void and give me something to do,” Alves stated.

Like many students who attend Stan State Alves lives locally, and has not thought about attending sporting events like volleyball games. Attending the games can be that something to do if you are interested in sports and to make great memories to look back on.

There are many different types of promotions, for example, there is a Greek life promotion one night, or if you live on campus they might do a dorm storm to get all the people on campus to attend the game. If you would like to watch the volleyball games, but can not make it to the game you can view the games on Warrior Rewind to get an in-depth recap of the game.

Berry is planning on informing classmates when games are, which will be helpful for students like Kristen Alves who haven’t attended a game yet. “ I just don’t know when the games are so it is hard to go to them,” said Alves.

The volleyball team's success is something that will draw more fans to the games to cheer them on. “I did not realize how good they were doing and it is really cool to see our team doing so well,” said Alves when she learned the record of the team this season compared to last.

For those interested in attending a game, the volleyball schedule can be found online https://warriorathletics.com/schedule.aspx?path=wvball& and there are signs posted around the school announcing that there is a home game. The home games take place at Ed & Bertha Fitzpatrick Arena.

Getting to know Mallori Gibson-Rossi and Chelsey Berry

Coach Gibson-Rossi has plenty of high-level experience as she played her college volleyball at Colorado University and the University of the Pacific. She stayed at UOP as a student assistant, until she got the call to go play professionally in Greece for Olympiacos, and won first place and the Greek Cup. She ended her playing career on that very high note and accepted an assistant coaching job at Fresno State for 4 years before accepting the head coaching job at Stan in 2015.

Chelsey Berry (Sophomore, Communications) a  from Tracy California is the starting libero for the team, but she suffered a wrist injury at the beginning of this season which has forced her to miss some games. Berry plans on graduating with a degree in communications but would like to pursue a career in nursing. She does not plan on playing volleyball professionally, but only time will tell.