You have permission to edit this article.
Edit
News ▼
Arts & Entertainment ▼
Sports
La Letra Ñ ▼
Opinion ▼
E-Edition ▼
Archive
Multimedia ▼
About Us ▼
Share This
1 of 2 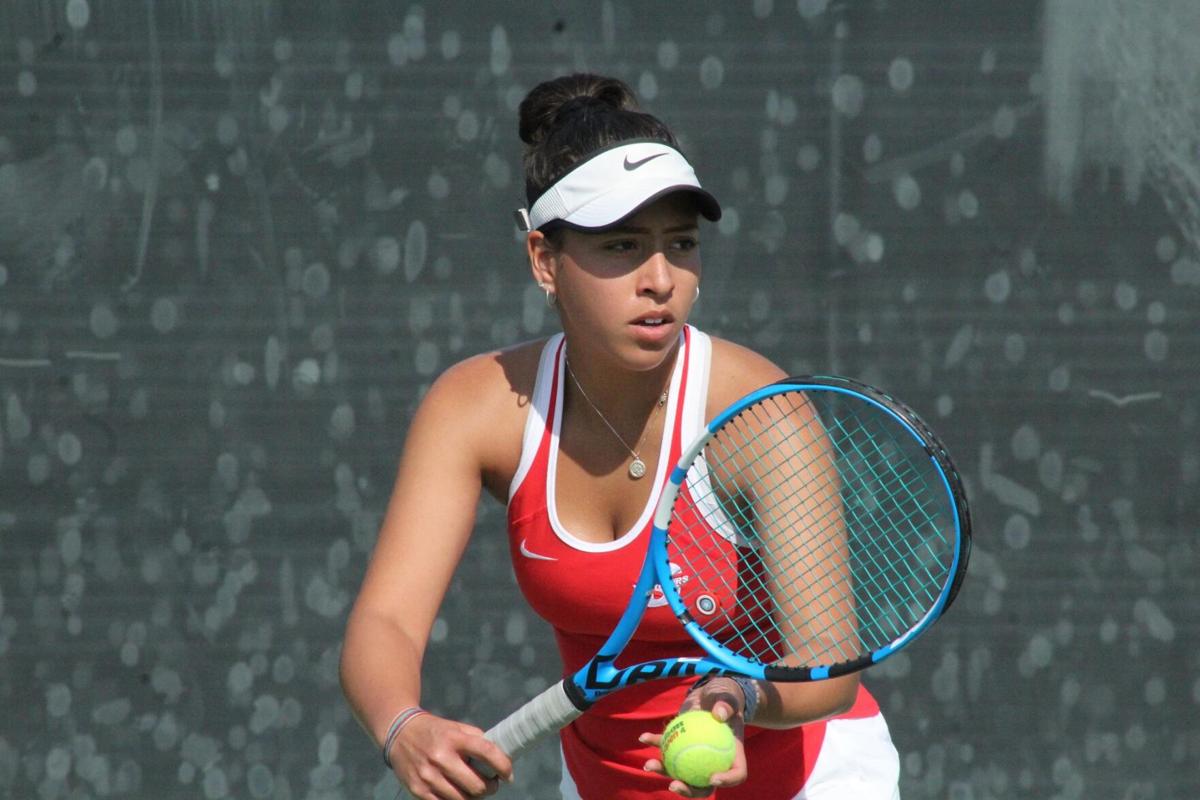 Tay Cazarin is excited for what's to come for the Warrior tennis squad in 2021. (Photo courtesy of Stanislaus State Athletics) 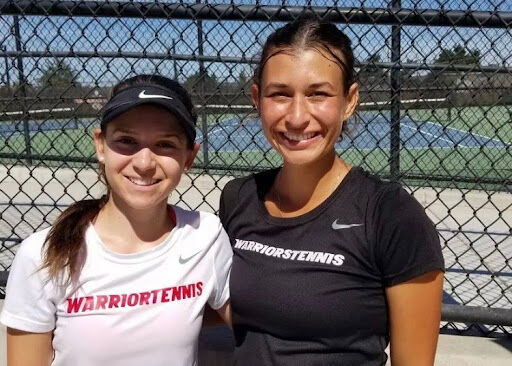 Amber Huk (left) and Kate Bolton (right) at University of the Pacific in Stockton, California on September 19. (Photo by spectator Ron Lee)

The Stanislaus State women’s tennis team competed for the first time since March of 2020, playing two preseason tournaments at the University of the Pacific on September 18 and Fresno Pacific University on September 30.

The women got off to a great start at their first tournament in 18 months at University of the Pacific (UOP) in Stockton. This tournament, the Pacific Women’s Invite, included players from UOP and Saint Mary’s College (SMC), which are both Division I schools. As a Division II team, multiple Stanislaus State players had several great wins and performances.

Amber Huk (junior, Creative Media) won her first round match 6-4, 7-5 against Megan Carmichael of UOP. This was Huk's first time competing since transferring from Sonoma State in 2020.

In their second tournament, the West ITA Regional Championships, hosted by Fresno Pacific University (FPU), the Warriors competed against women from many different teams within their PacWest conference. Some of the competitors were from Azusa Pacific University, who are the reigning champions of the PacWest Championships of April.

Despite the tough competition, head coach Verek Visaraga is happy with the progress the women are making on the courts. He noticed that each player is becoming more match-tough over time and he believes the tournament results demonstrate that.

At the FPU tournament which took place from late September to early October, Huk won her first round match against Gionna Parsa (FPU) with a score of 6-0, 6-0. She then lost her second round match 4-6, 2-6 in a close battle against eight seed Mary Brascias of Biola University.

Young, a Stan State newcomer, put up a tough fight against Erica Hellbe from the Academy of Art, but eventually dropped her match by a score of 6-2, 5-7, 6-10.

In the doubles backdraw, Bolton and Young won two matches, the first with a score of 8-4 and the second by a score of 8-5.

When asked about the team’s matches in the past two tournaments, Young explained that she saw a lot of improvement in herself and all of her teammates on the courts.

Cazarin also saw a lot of improvement and positive attitudes within each of her teammates. She explained that preseason tournaments are important because they will help each tennis player learn what they need to work on for future matches. She also said that everyone is staying positive, because “it can only get better from here.”

“Everyone is looking forward to season,” Cazarin added.

The women encourage members of the campus community to attend their matches, especially in their spring season as things tend to get very competitive and entertaining. Cazarin explained that guests will be able to see how well the team supports one another, works hard to improve and gives their best effort.

Mike Huk, a spectator and tennis coach, agreed that watching tennis matches can be entertaining for anyone, not just other tennis players. He described how spectators have the ability to be as close as possible to the courts, where they can see all of the action.

"When spectators see better players, it inspires them to want to play at that level,” said Huk. “You can see the fun, the control, the consistency, the power and the different spins that the players can use.”

“I think the girls that are coming to play for me now and in the future are going to provide a good opportunity for people to enjoy watching," Visaraga added.

When asked if watching college tennis matches for the first time might inspire spectators to play tennis, Young enthusiastically agreed.

“Oh, definitely," Young said. "I think you can see how much we enjoy playing when you come out and watch. You could see the intensity and love and support from the team.”

Young explained that the sense of team and competition is one of the main reasons why she enjoys being a part of the team.

Visaraga explained that he likes finding ways to motivate each individual player, and that there is nothing he loves more than watching players grow and reach their goals on and off the tennis courts.

“I love [coaching] so much that I would do it for free. That’s how much I love it,” Visaraga said.

“I really love Coach Verek," Young said. "I think that he’s pushing me really well while still being understanding and encouraging.”

Tay Cazarin described that the team’s goals are to excel not only on the courts, but also in academics. She explained that each athlete has a great mentality and is working hard at everything. She also added that Coach Visaraga puts all of his effort into helping them mentally and physically whether it’s on or off the tennis courts.

In regards to reaching success with athletics and academics simultaneously, Visaraga said that it all comes down to effort and putting in the time, which he believes each of his players are capable of.

“I’m going to put the energy in, I’m just waiting for each one to continue to do the same,” Visaraga said.

Visaraga, among all his players, are looking forward to their next tennis season. Most of the women had not played any official tennis matches for over a year due to the Covid-19 pandemic, so it was a momentous event to finally be competing on the courts this fall.

In regards to their last two tournaments, the women seemed happy with how each of them were performing on the courts. All are looking forward to improving even more with the support from one another and Coach Visaraga.

As for team goals this season, Visaraga wished for no injuries and hoped to prepare the women to compete in tough matches. He already sees a lot of improvement with the cohesiveness of the team and each player’s attitude, and he hopes to make many gains with the mental and physical toughness of each athlete.

“That’s what I’m looking to accomplish, and if we do that, we’ll gain,” Visaraga said.

The team will be competing in one more tournament this fall, the Slug Invite, which will be at West Valley College in Saratoga on October 30 and 31. All of these matches are in preparation for the upcoming regular season in the spring, when the women’s tennis team will be playing weekly duel matches against schools from all over California and some surrounding states.

The spring season should begin in late January or early February. The schedule, which is expected to include a number of Stan State home games, will be posted on the Warrior Athletics website within the coming months.

Contributing author Amber Huk is a member of the Stan State women's tennis team and presented some of her own statistics within the article.

Spectator and tennis coach, Mike Huk, is the father of the author.