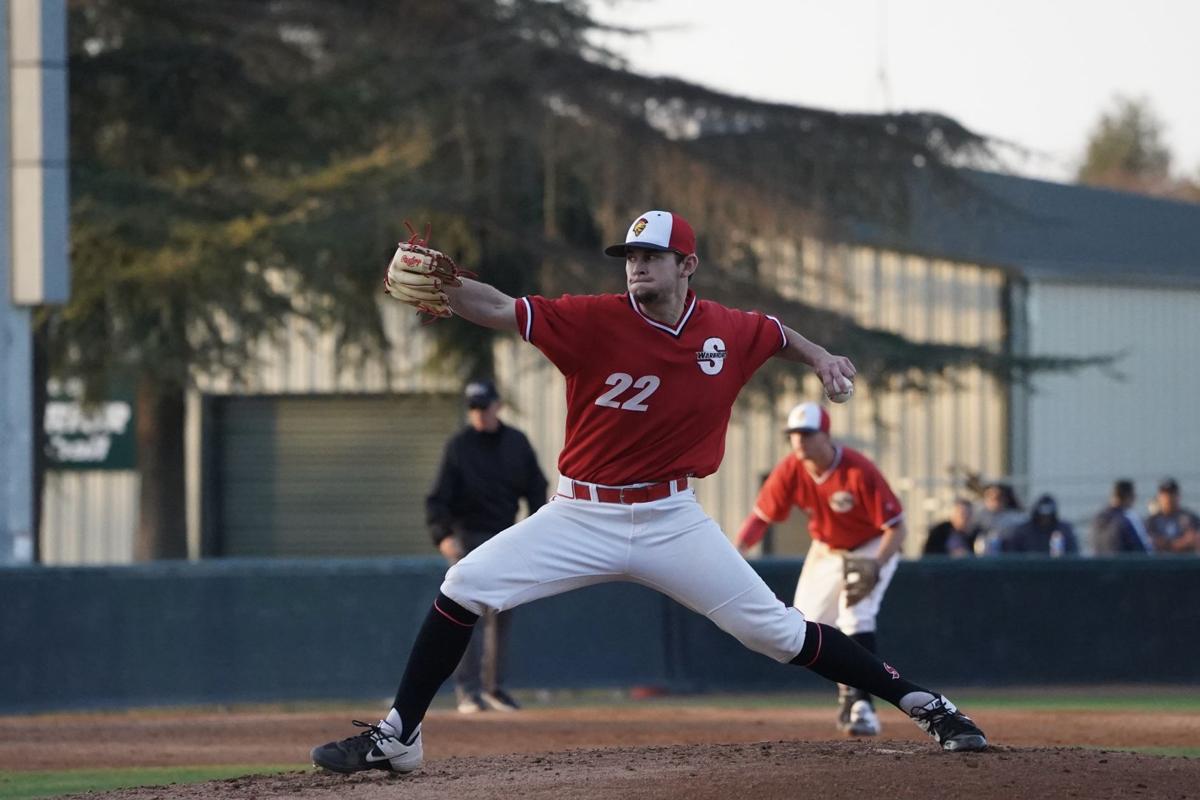 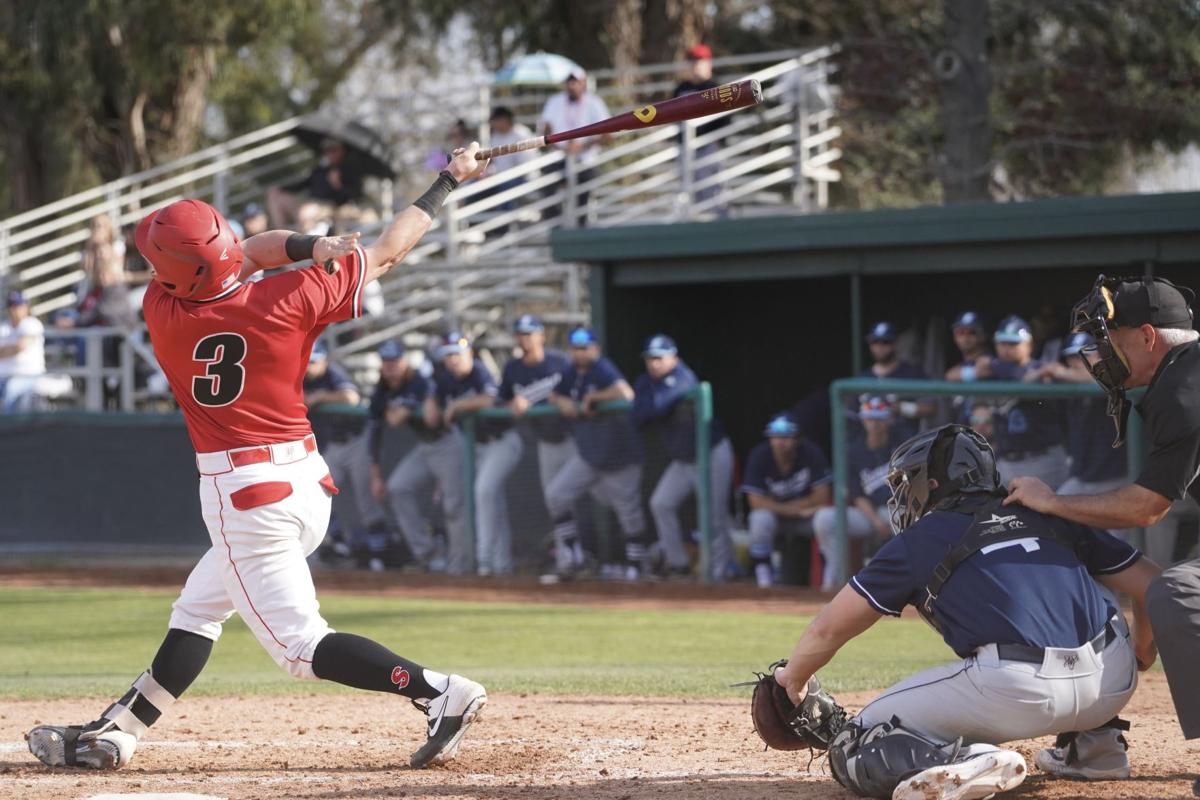 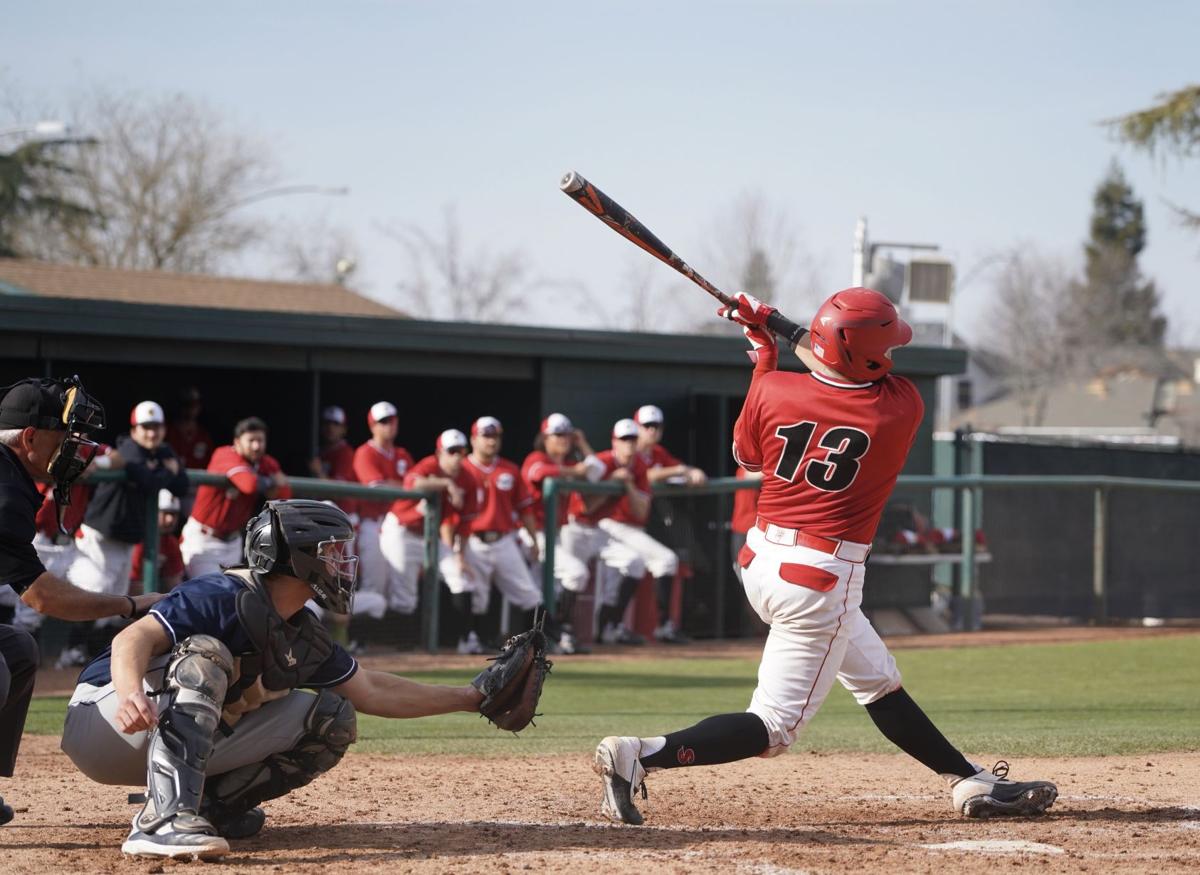 Junior catcher Erek Bolton was a bright spot in Game 1 as he connected for a 3-run home run. (Signal Photo/ Randel Montenegro) 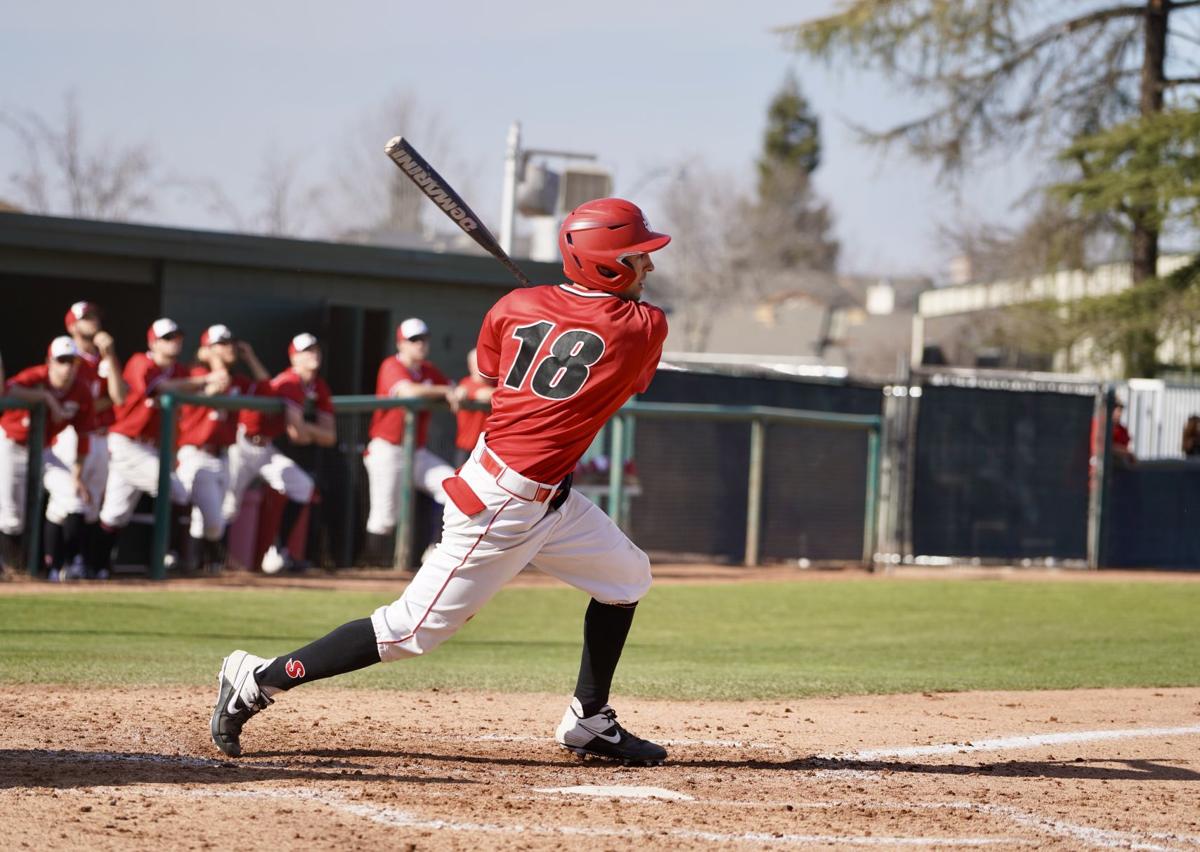 Welcome to our inaugural and weekly Stan State baseball recap, the Baseball Roundup! Every Monday, the Baseball Roundup will get you caught up on all things Stan State baseball, including game statistics and exclusive player interviews from all of the weekend’s games. We will also be providing our social media followers with live tweets and reactions from the field and press box. All of us at the Signal truly hope you enjoy and follow along with us all season long! Let’s get started!

The Warriors entered this weekend undefeated at 6-0. All six games were non-league games, but it did provide the Warriors coaching staff with a strong idea of their strengths and weaknesses. Fortunately, there haven’t been many weaknesses.

The Stan bats have gotten off to a red-hot start, led by junior Zach Jones, who already had two home runs in the young season while batting .556 with 10 hits.

Additionally, the Stan State pitching staff has been solid, led by star sophomore Rylan Tinsley. The left-hander entered the weekend undefeated at 2-0 with an impressive. 2.09 earned run average.

This weekend, the Warriors took on the Sonoma State Seawolves for a four-game series in Turlock. Here’s how it all went down!

In the CCAA opener, the Warriors picked up right where they left off by throttling the Seawolves by a score of 12-1. For the most part, it was a tight game up until the 7th inning. Rylan Tinsley added to his already outstanding resume by hurling seven strikeouts and giving up only two walks and two hits over seven scoreless innings. Through the first six innings, the Warriors only put up two runs to keep the game within reach for the Seawolves.

The game took a massive turn for the worse for the Seawolves in the 7th as the Warriors took advantage of fielding errors, walks and hit batters to explode for four runs in the inning and adding six more runs in the 8th to blow it open.

Tinsley’s stellar performance extended his perfect record to 3-0 and lower his ERA to an outstanding 1.35.

Grant Bunker and Jacob Garcia led the way for the Warriors lineup with two hits and 2 RBIs each.

After the game, Tinsley spoke to Warrior Athletics reporter Chelsey Berry about the adjustments he made entering this start, his mindset while on the mound and the chemistry of the team.

The first game of Saturday’s doubleheader was one full of ups and downs for the Warriors. Both teams started off slow as the game was scoreless through the first couple of innings. Eventually, the Warriors would get on the board first as Jayce Gardner hit an RBI single in the 3rd. Sonoma State would quickly answer back with 3 runs in the 4th inning. This would be a sign of what was to come for the rest of the game.

Stan State catcher Erek Bolton delivered a mammoth 3-run home run in the bottom half of the 4th. After scoring an additional run in the 6th, Sonoma State answered with a two separate rallies of their own.

The Seawolves struck for three runs in the 6th inning to regain the lead at 6-5 and added two more in the 8th thanks to some costly Stan State fielding errors and pitching misfires.

The Seawolves were on their heels in the 9th, though, as the Warriors managed to load the bases with only one out. Unfortunately, the Warriors were unable to cash in on the opportunity and lost their first game of the season by a score of 8-5.

As all doubleheaders in the CCAA are, the second game of the day was a seven-inning matchup that turned out to be a confidence booster for Sunday’s finale.

Thanks to huge games from senior centerfielder Grant Bunker and junior Matt Elser, the Warriors were able to score seven runs to give freshman pitcher Casey Carr a ton of room to work with all night. Stan State scored a run in all but one inning of the seven-inning contest, a true sign of consistency.

Carr took advantage of the constant run support throughout the entire night, as he pitched a complete game, allowing six hits and only one run while striking out eight. Saturday’s win was Carr’s first of his collegiate career.

Carr also stressed the importance of being able to walk away from a doubleheader with at least one win under their belts, explaining that they were now in prime position to win the series on Sunday.

In the final game of the series, fans in attendance received an exciting, back and forth marathon that took extra innings to determine a victor.

It took a grand total of six pitchers and clutch hitting for the Warriors to get the job done.

Grant Bunker led the way for the Warrior bats as he collected two walks and two hits, which included a then go-ahead 2-run home run in the 4th.

The Seawolves were persistent in their efforts as they tied the ballgame up at six apiece in the 9th inning.

Following an uneventful 10th inning for both squads, Alexis Paz led off the bottom of the 11th with a single. After a groundout to advance Paz and an intentional walk to Matt Elser, Erek Bolton singled in Paz from second to give the Warriors an exciting 7-6 walk-off win. The win also gave the Warriors a 3-1 series win over Sonoma State and improved their record to 9-1 (3-1 CCAA).

Next week, the Warriors will travel to Hayward for four games to take on Cal State East Bay.