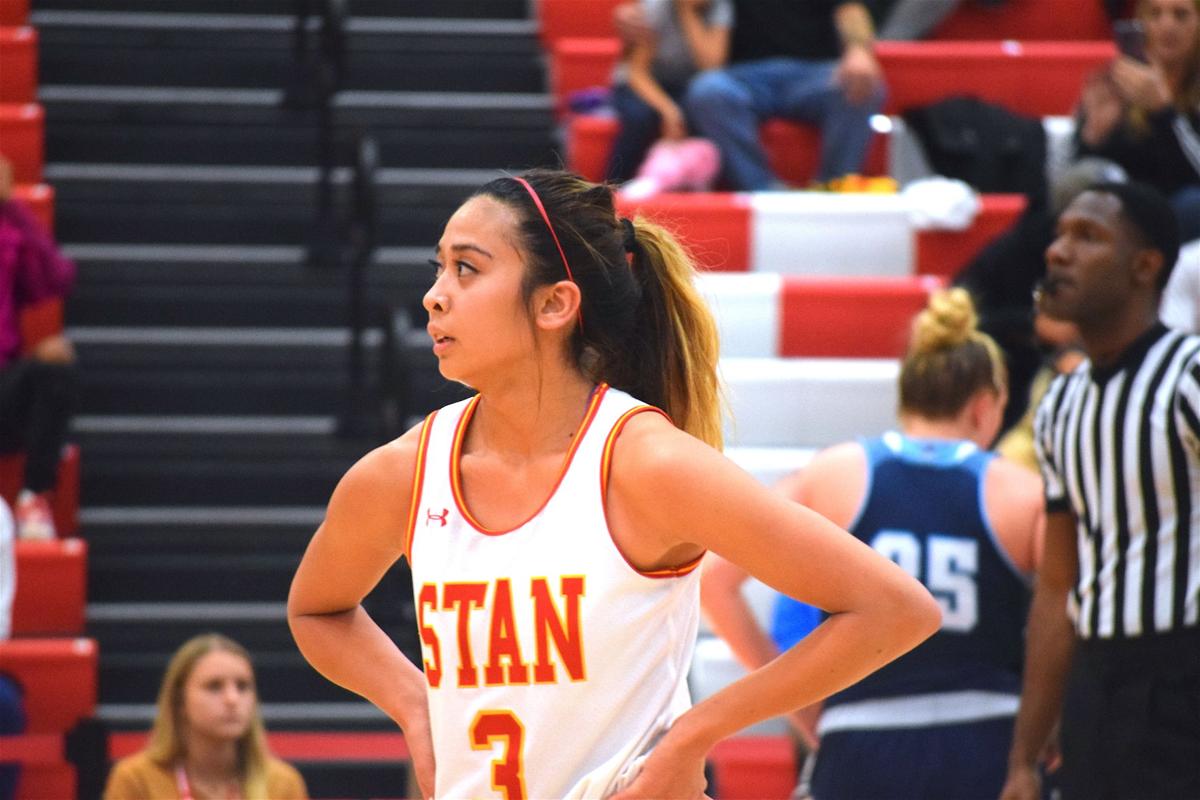 Angelica Baylon waiting back during a free throw. As the team sets up she takes a moment to think and process the next steps. 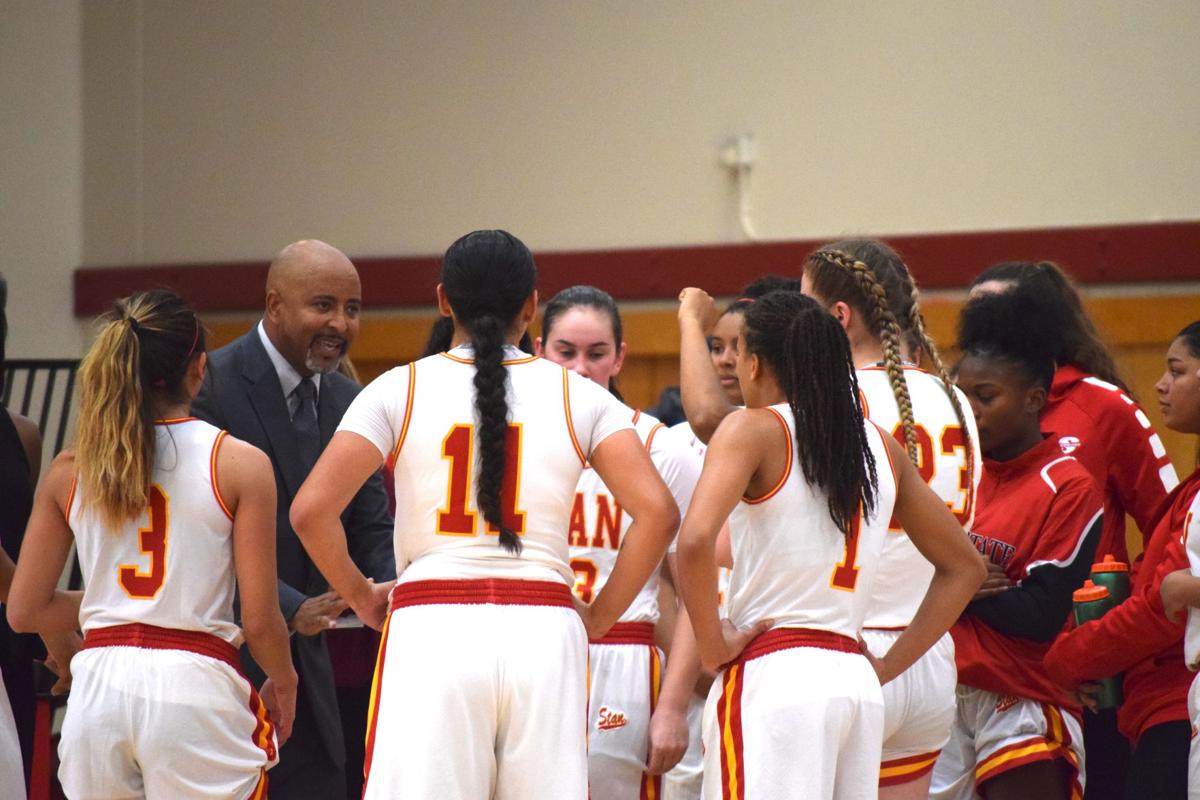 The team gathers around Coach Strickland for adjustments that need to be made in order to ensure victory. 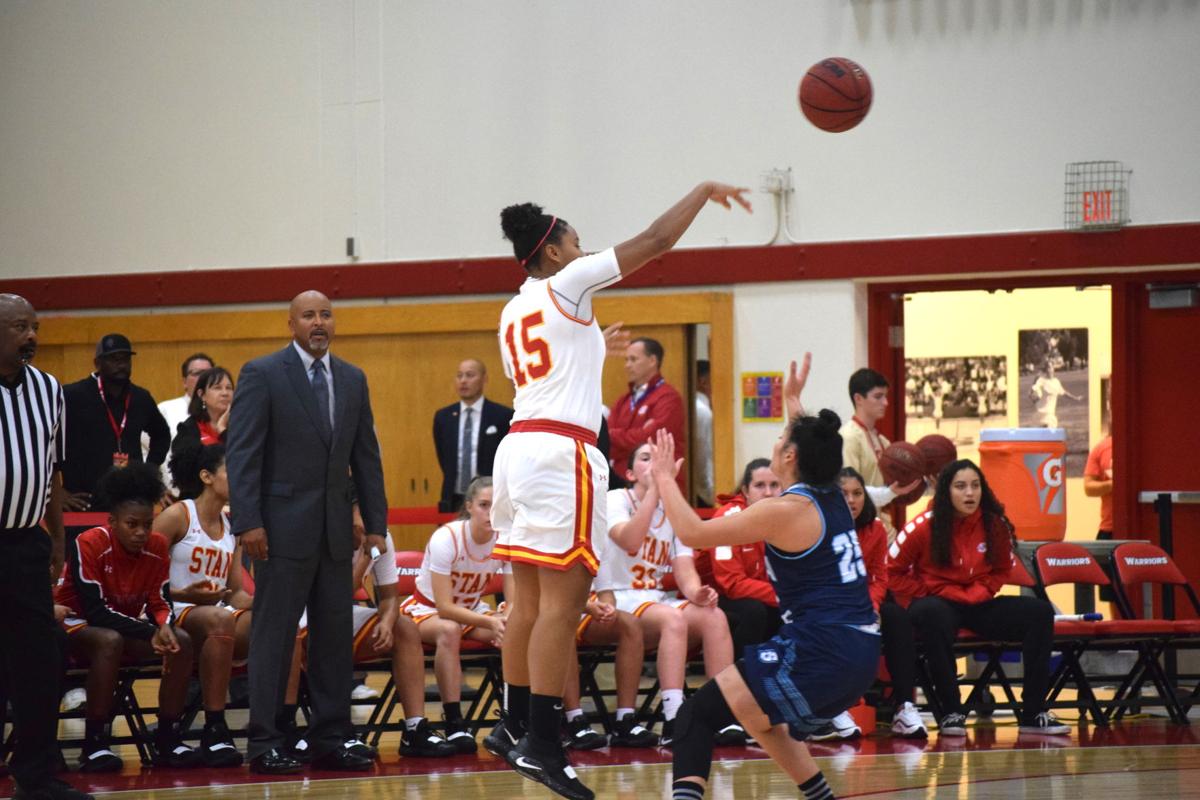 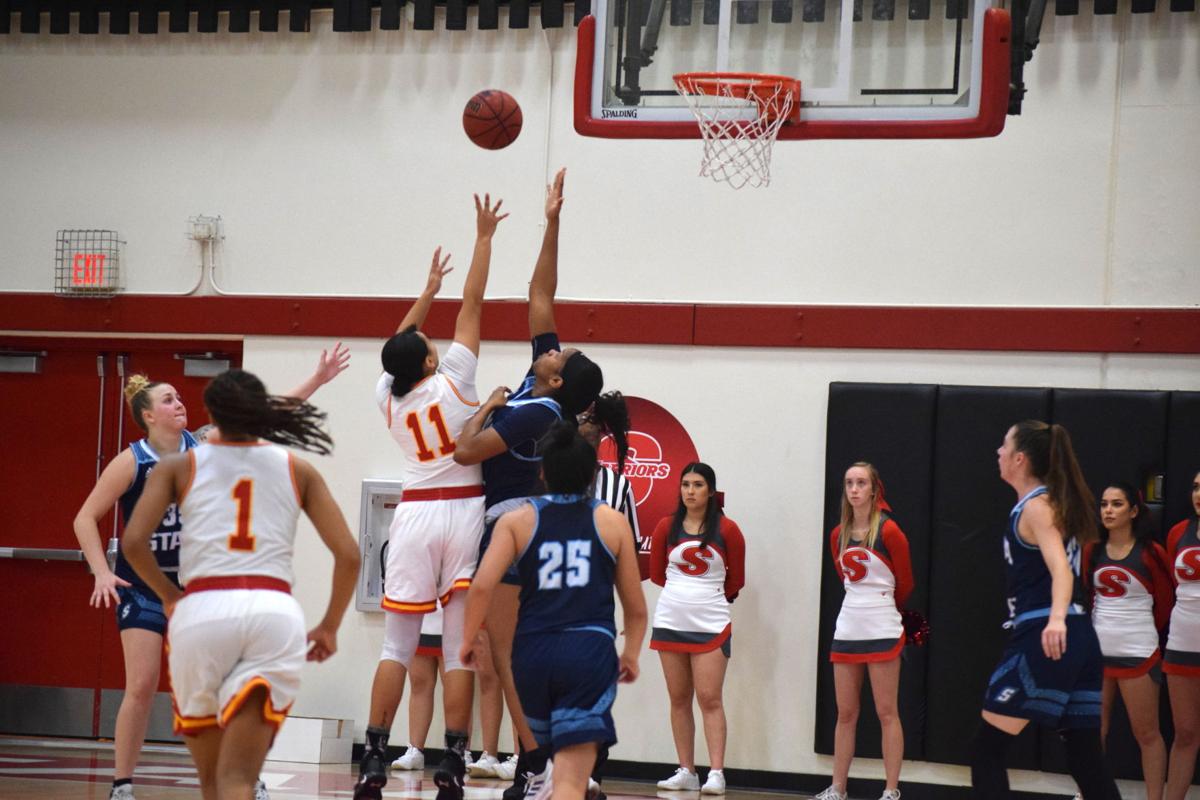 Many of the points scored during this game were made up close to the basket.

On Thursday, November 29, 2018, the Stan State Women’s Basketball Team earned not only their first home victory, but also their first victory of the season. They faced Sonoma State’s Seawolves. The final score of the game was 59-49, thus bringing the Warriors’ record to 1-3.

The women of the team worked hard, and although the stands were not full, those in attendance were excited to be there. Danielle Castillo (junior, Communication Studies) was in attendance at the game with the rest of the Warrior Rewind team.

“Being [at] my first women’s college basketball game, I thought it was a lot of fun to watch them play. You could tell they were really pushing for that win and from the stands you could really see that, but I just wish there could have been more students in the stands, being that it was an opener," said Castillo.

After having the campus closed for almost two weeks due to air quality, and having practices canceled,  the team was ready to get back in the game and more excited to have it end in a win!

Angelica Baylon (junior, Communication Studies) lead her team in points and claims that if it weren’t for the help from her team, she wouldn’t have been able to do so. “We all worked really hard together, and we just made good rotations to get the next best shot.”

Another athlete on the team, Kaleigh Taylor (sophomore, Criminal Justice) had to leave the game early due to a shoulder dislocation that occurred during an attempt at a rebound. Because of this, Taylor only played fifteen minutes of the game. However, she was still one of the leaders in points for her team and is ready to get back into the game on Saturday.

Aside from the teamwork displayed by the Warriors, Baylon identified some of their other strengths. “Our strengths were our aggression, energy, ball movement and mental game. We made sure we pushed each other, kept high energy, and we had each other’s back throughout the game.” She continues on to say, “The past couple games we had this type of energy but only for the first half, last night’s game we were able to keep our energy through both halves.”

Taylor was excited to finally see all of the team’s hard work pay off. “We have been working hard, trying to find all the right things to put together and they are finally all coming together for us to become successful! It feels really good and it was a good team win due to everyone on the team.”

While the Warriors came out on top in the end, this game was a battle. Castillo noticed this and said, “Towards the last few minutes of the last quarter I started to notice both teams were really fighting for that win which made the game more fun to watch because it was so close and the clock was ticking.”

Baylon knows that while this victory is sweet, it is only the start. In order to keep up this momentum she believes that the team needs to focus on staying mentally tough and ready in order to find and maintain the energy levels that brought them the victory.

The season is only beginning and the team is ready. “We are working hard and the success is going to show through the season. Everyone on our team is a key member to our wins. This season is going to for sure be a great one!!” said Taylor.

Caprina Pipion (senior, Biology) also has high aspirations for her team. "This game was the first win of our season. A large amount of this team is new, and it is exciting to see the team growing together on and off the court. This is just the beginning -- I am excited to see where the rest of this season leads!"

To catch a game this season, head over to the Warrior Athletics website to check the schedule for upcoming games.