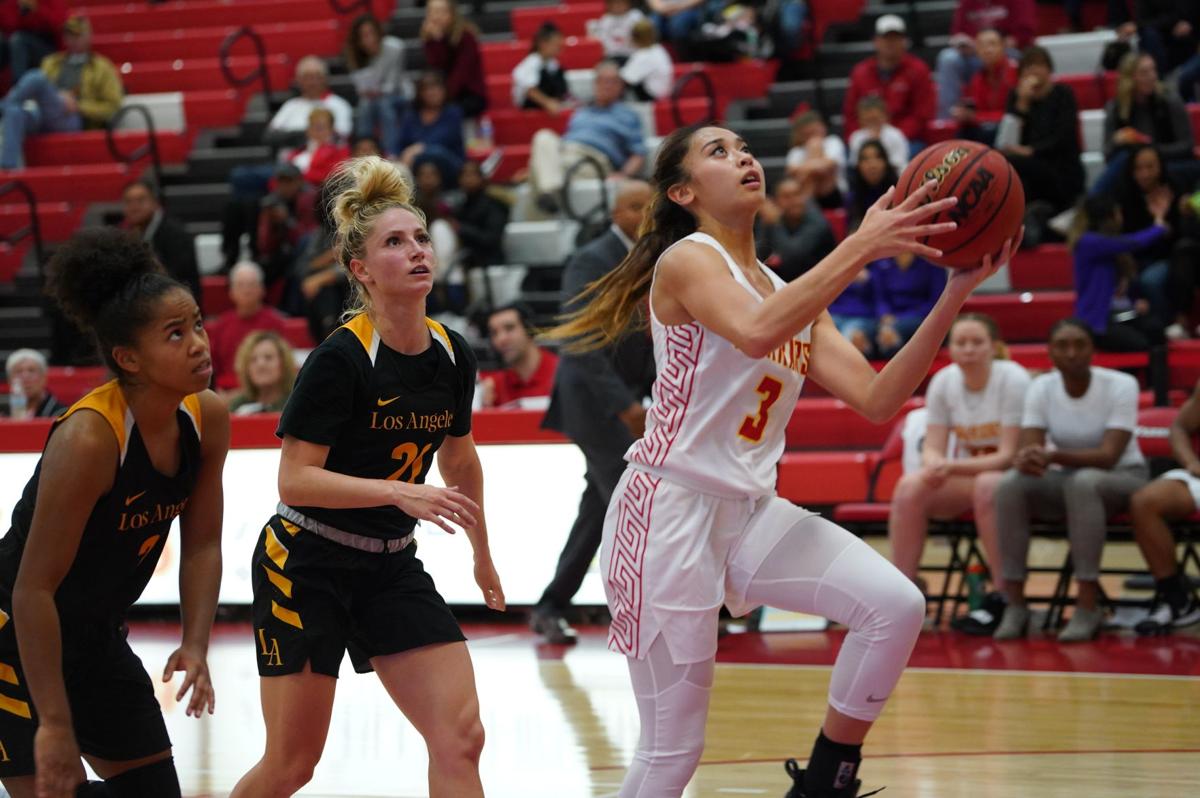 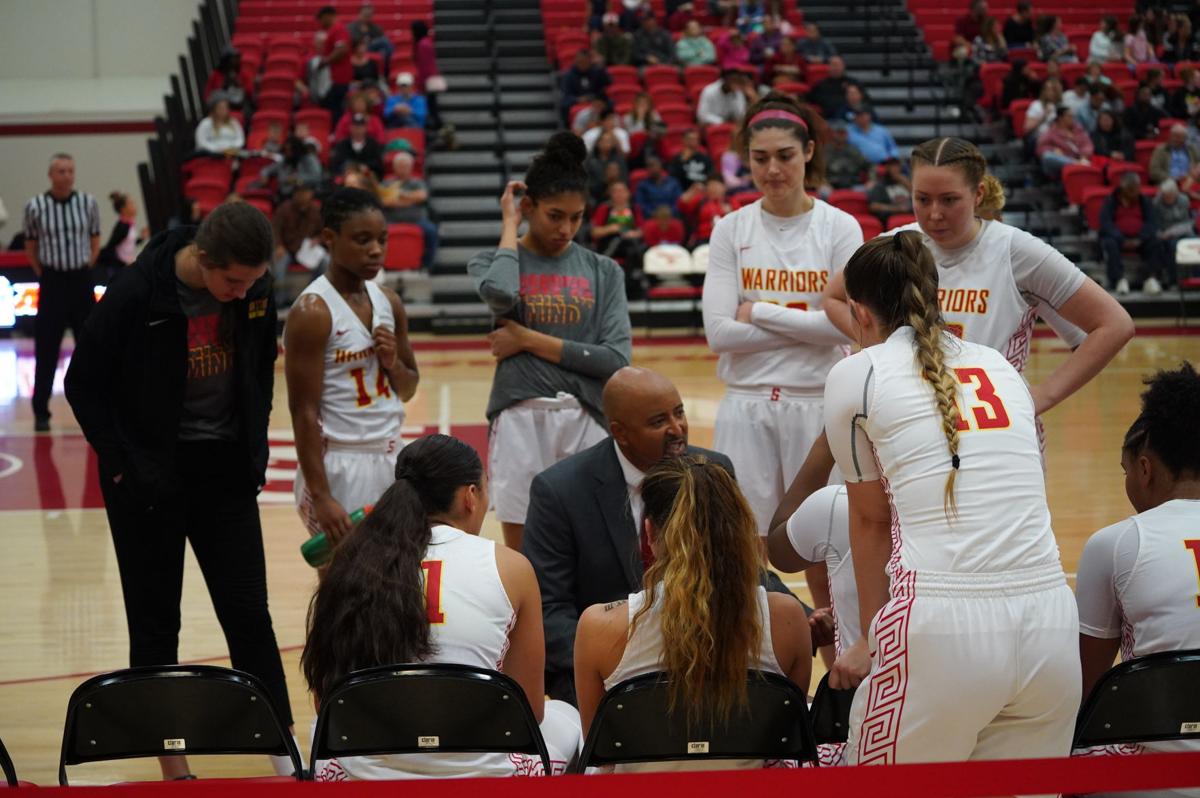 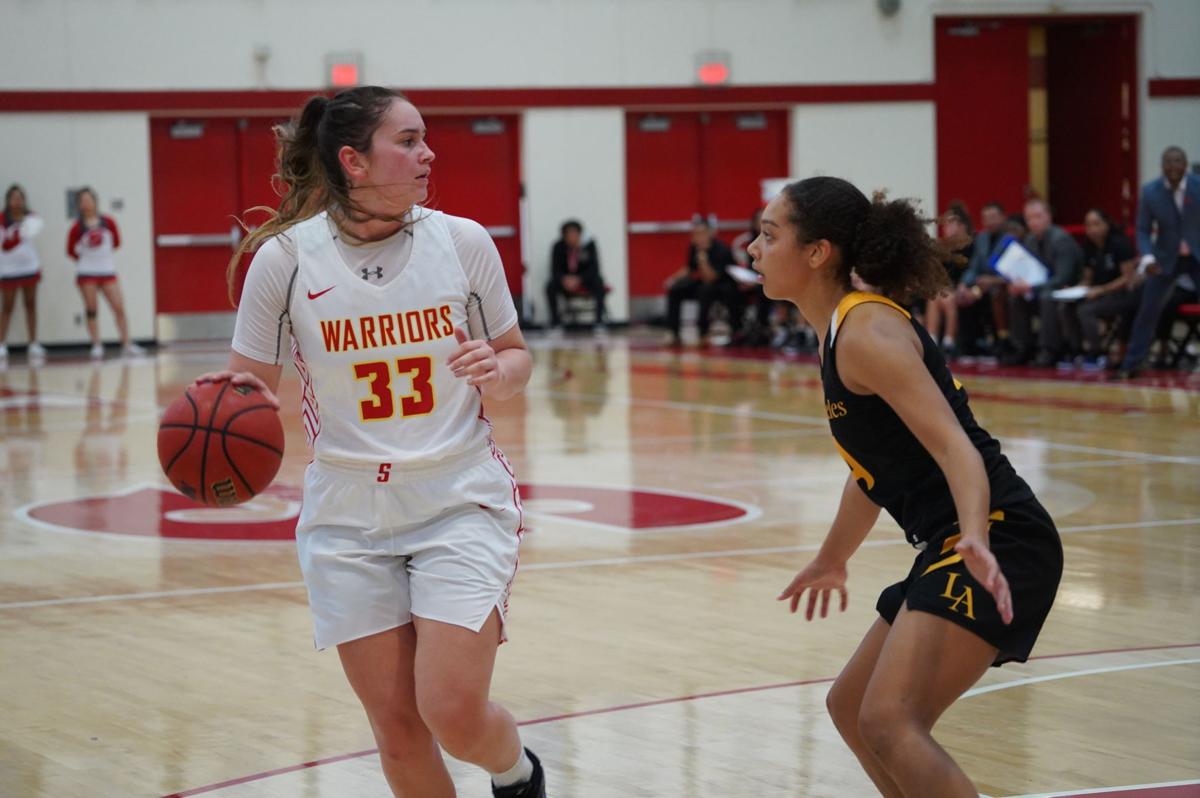 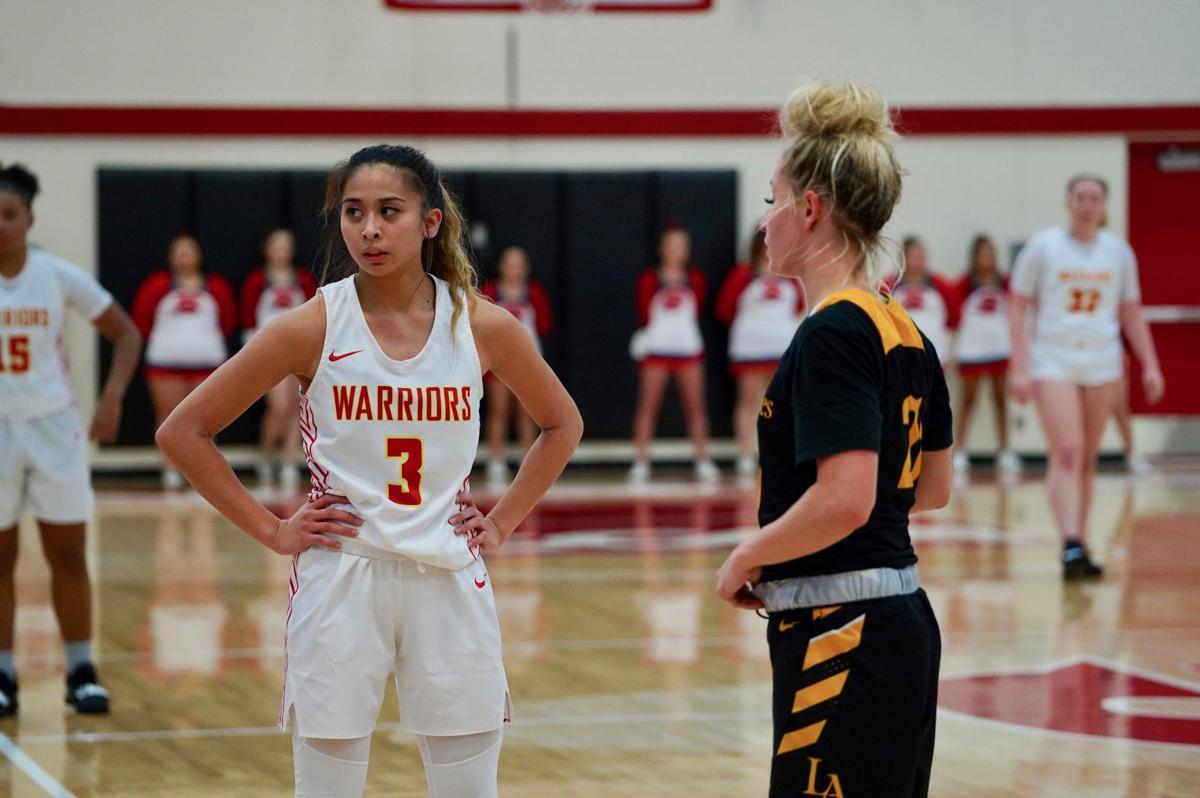 The first half ended with a layup by Forward Kyanna Davis (junior, Business Administration) with the score of 42-40.

The second half ended with the Warriors losing the game with the final score of 85-82.

The Warriors have a 5-4 record and 3-1 record in the California Collegiate Athletic Association Conference.

Head Coach, Wayman Strickland, shared his thoughts about the team’s close game. “It was disappointing at the end of the game execution. The tell-tell point, we were 18-29 from the free throw line…”

“We took a lot of bad shots. Unfortunately, we finished the game shooting 39% [field goal attempts], but the bad thing was our defensive execution…,” Strickland said.

Forward Kyanna Davis (junior, Business Administration) had 8 rebounds, 2 steals, 7-15 field goals attempts and scored 21 points. Davis shared her thoughts about the game. “I think it’s just a tough one. We went in knowing they are a tough team.”

“We knew who their key players were and we had the game plan all set out. We just hadn’t gone out there and execute there,” Davis added.

“We need to bounce back and just forget this one and move on to the next game even if it’s a heartbreaker,” Davis said.

Guard Jayla Green (freshman, Business) scored 13 points, 6 rebounds, 2 steals, and 5-9 in field goal attempts. Green was still proud of her performance despite the tough loss. “It’s my first time scoring 13 points in my first time being really involved in the game.”

“I think we had great energy in the beginning. I think during crunch time, we kind of got a little rattled and fell off a bit,” Green said.

Baylon talked about why she thought the team lost. “I just think we didn’t really play together as a team and our defense was not really there. I think we really need to bounce back and we need a wake up call.”

“For defense, we just need to make sure that we are there for each other. Have each other’s backs on cover-downs and making sure we talk and communicate the whole time,” Baylon said.

The Stanislaus State Warriors will play an exhibition game against the Division 1 Nevada Wolf Pack located in Lawlor Events Center at Reno, Nevada on Tuesday, December 10th at 11 AM PST.