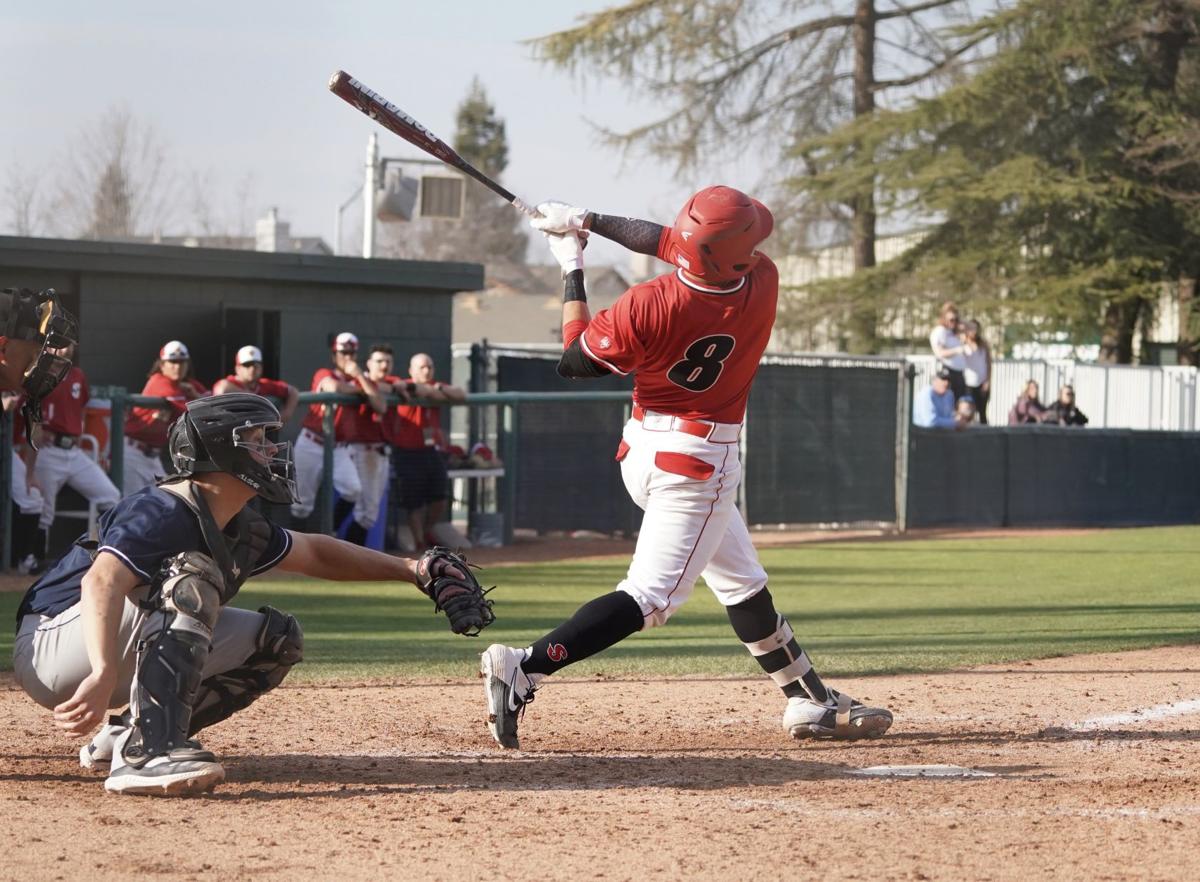 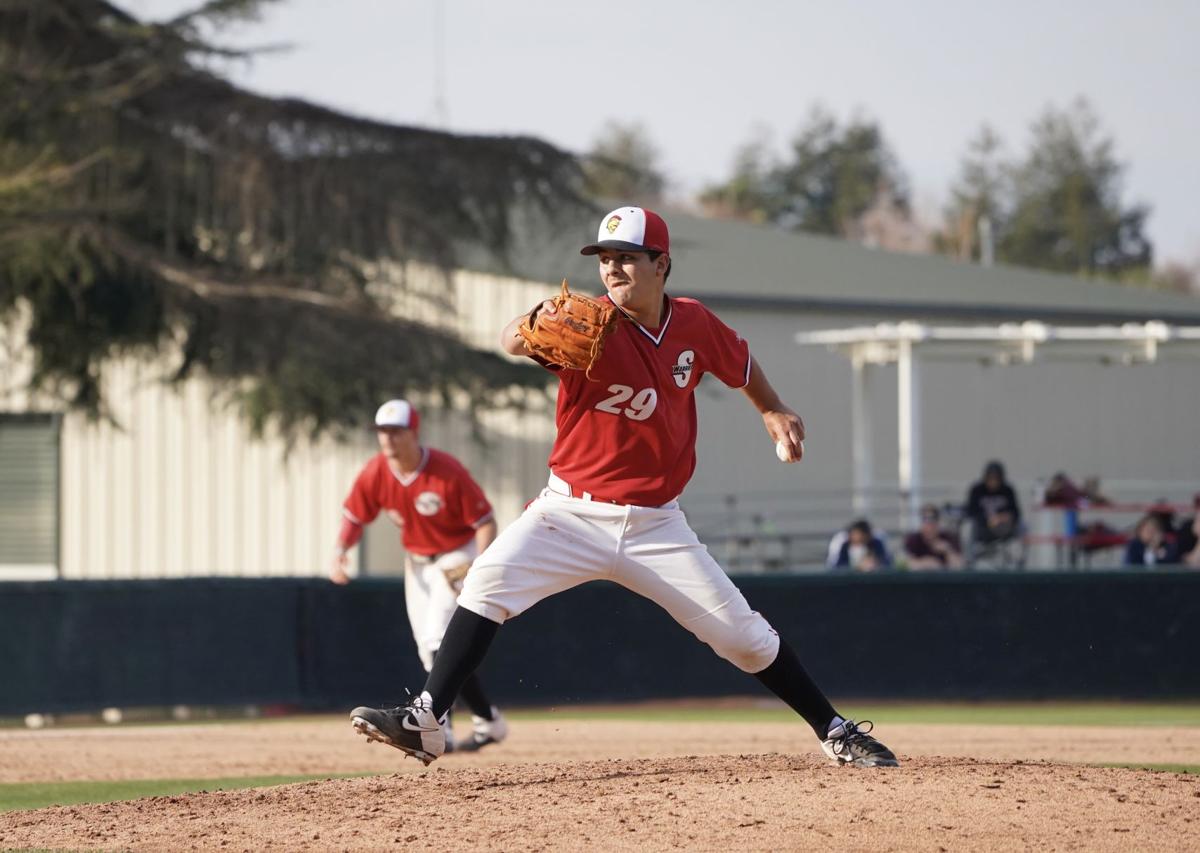 Freshman pitcher Bobby Garcia was one of the many relief pitchers who appeared in the four-game series against Cal State East Bay. (Signal Photo/ Randel Montenegro)

Welcome back to the Baseball Roundup! In this week’s edition of the Roundup, we’ll recap the Warriors’ trip to Hayward to take on Cal State East Bay for a four-game series. In the instances where Stan State plays road games and we are not able to travel with the team, the Roundup will be shorter and not include as many new photos and player interviews. We hope you understand and continue to enjoy the recaps. The Baseball Roundup is still a work in progress and we hope to improve as the season rolls on. Without further delay, let’s get into the action!

After a dominant first three weeks of the season, the Warriors entered the week as the 19th best Division II baseball team in the country. After finally losing a game in the 2020 campaign, the Warriors finished their four-game set with Sonoma State by winning their last two games in thrilling fashion. Freshman pitcher Casey Carr tossed a complete game in the Saturday nightcap of a doubleheader and junior catcher Erek Bolton delivered a walkoff hit in the Sunday series finale. The Warriors hoped to feed off the momentum in this week’s four-game set against Cal State East Bay.

Stan State ace Rylan Tinsley was handed the ball in the series opener on Friday and picked up right where he left off. After pitching seven shutout innings last Friday against Sonoma State, Tinsley overpowered the East Bay offense to earn his first collegiate complete game. Tinsley gave up only two runs on four hits to help himself remain undefeated on the season at 4-0.

The two earned runs given up by Tinsley did little damage to his outstanding ERA as it rose from 1.35 to 1.55. Tinsley’s two runs given up also did little damage to the Warriors in general as the Stan State offense, led by second baseman Alexis Paz, scored eight unanswered runs. Paz had two hits and two RBI’s in the contest. The final score was 8-2, Warriors. This was East Bay’s first loss of the season, making the Warrior win very convincing.

In game one of Saturday’s doubleheader, freshman Tyler Meyer was handed the start for the Warriors and struggled mightily. Meyer gave up seven runs in just 3 1/3 innings pitched and the Warriors offense was simply unable to overcome the large deficit.

The bright spots in this game were solo home runs from Grant Bunker and Jacob Garcia. These would be the only runs the Warriors would score in the game. The final score was 8-2, Pioneers.

In what was supposed to be a seven-inning matchup in game two of the doubleheader, the Warriors and Pioneers battled over the course of two days. After both teams battled back and forth in the first four innings, the score remained tied at four runs apiece after 12 innings. The game would end up being suspended due to darkness, with the contest continuing the next day at noon. In the extra-inning marathon, Alexis Paz collected a grand total of four hits. Third baseman Dylon Jackson added a hit and two RBI’s.

In the series finale, Stan State pitching struggled again. After starting pitcher Blake Jantz gave up four runs in 4 1/3 innings, Warrior relievers combined to give up three additional runs in 3 2/3 innings. The Warrior offense attempted a late game comeback, scoring two runs in the seventh and one run in the eighth, but ultimately fell one run short, losing 7-6.

Sunday’s loss gives the Warriors an 11-3 overall record with a 5-3 CCAA record. It will be interesting to see whether or not the team will remain in the NCAA Division II rankings as they return to Turlock this week to take on Cal State Monterey Bay.