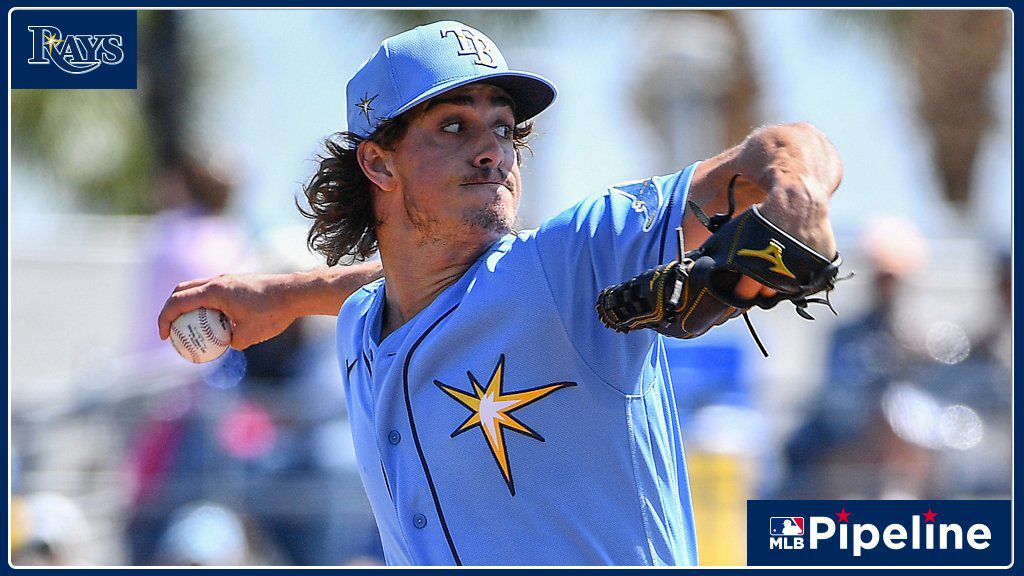 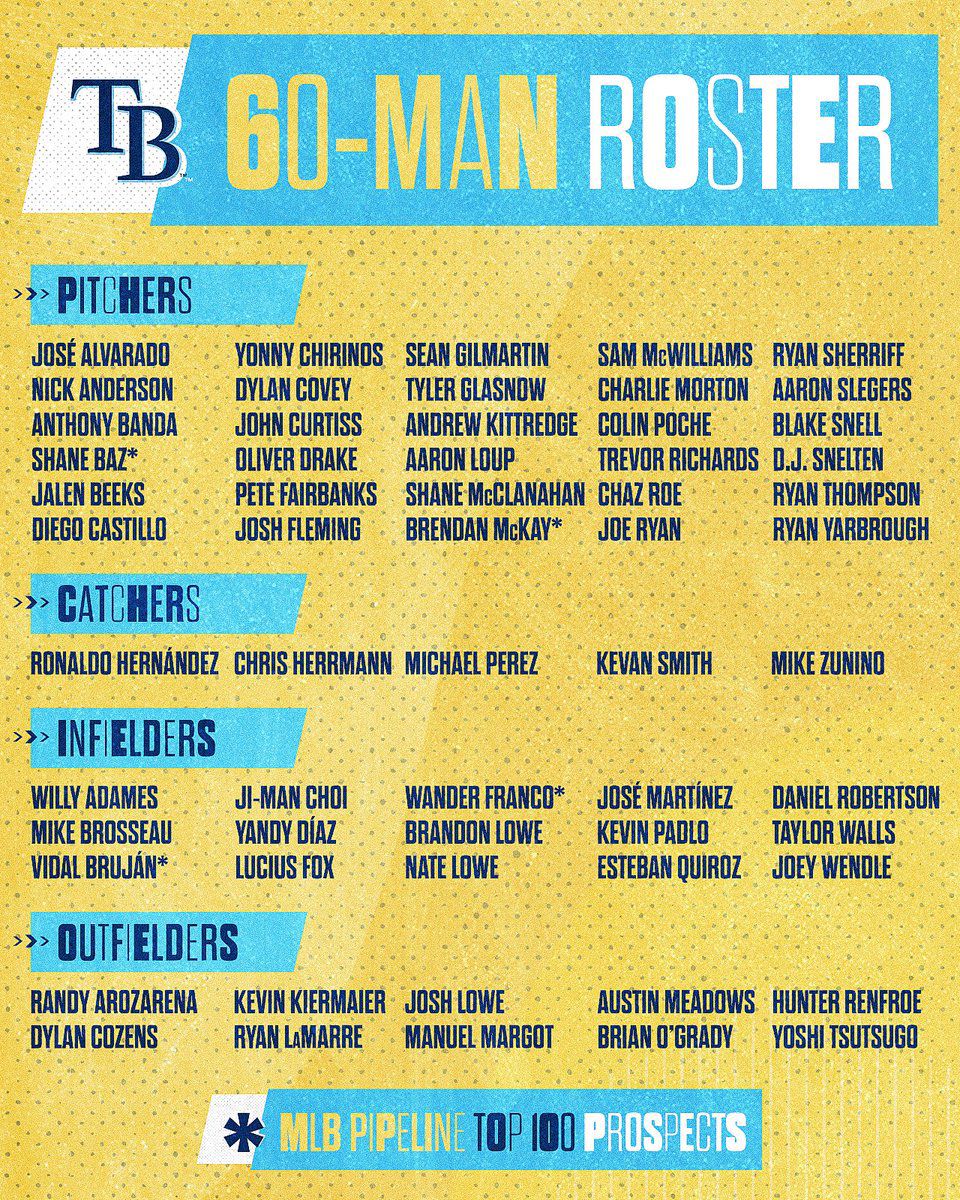 Tampa Bay's 60-man roster for the 2020 MLB season. (Photo via @RaysBaseball on Twitter)

Stan State alumnus and former star Warriors pitcher Joe Ryan has been named to the Tampa Bay Rays’ 60 player pool for the upcoming, shortened 2020 Major League Baseball season. The 2018 7th round draft pick and 2019 Rays Minor League Pitcher of the Year will have the opportunity to make his major league debut sometime during the next two months.

Ryan, who was a non-roster spring training invitee this year, was expected to start the 2020 season in Triple-A and be called up to the major league club later in the season. Obviously, the coronavirus pandemic has forced all teams to drastically change their plans.

The 2020 MLB season will surely be unlike any other. Teams are scheduled to play only 60 games compared to the regular 162. On top of that, these games will have to be played within a two-month span. This is all excluding the playoffs.

With less days off than usual, this schedule will likely take its toll on the health and stamina of many players. To allow players to appropriately rest and help avoid injury, each team will have a pool of 60 players that can be activated and deactivated from the 26-man dugout roster. The combination of major league veterans and Triple-A prospects and the small amount of regular season games could provide fans with some unexpected results and stars. For teams who are fortunate enough to advance to the postseason, the pool of approximately 30 extra players can help teams preserve their players and keep them fresh and healthy for a potentially long playoff run.

Although Ryan may pitch against top major league talent without having any experience at the Triple-A level, he is still expected to make a positive impact in whatever roll Tampa Bay Rays manager Kevin Cash sees fit for him, especially with his blazing fastball, a pitch that has caught the attention of minor league reporters and analysts from across the country. Cash and the Rays are known for their unique approach of using a number of pitchers during a single game. To help find some clarity as to what role he may be better suited for, Cash had Ryan split time between being a starter and a reliever during spring training.

Stan State head baseball coach Kenny Leonesio, who coached Ryan during his time at Stan State, expressed his joy upon hearing the news of him being named to the 60-player pool.

"I’m really happy for Joe. He is an extremely hard worker and I have always believed he was going to play in the big leagues [and] I think he could get there this year," Leonesio said.

Being drafted into the Tampa Bay organization and being able to develop skills is an advantage for any young baseball player, especially pitchers. The Rays currently have the top ranked minor league system in baseball according to MLB.com. The organization is famous for developing some of MLB’s best pitchers, including All-Stars and Cy Young award winners David Price and Blake Snell. Ryan is currently ranked the eighth overall prospect in the organization and the fifth ranked pitching prospect in the Tampa Bay system.

Leonesio believes that Ryan will only get better with the opportunity in Tampa Bay, especially with his work ethic. "He is a great competitor who out works everyone. He is very talented, but isn’t satisfied with how good he is right now."

Tampa Bay's first regular season game of the 2020 MLB season will be played on July 24.