Green Hill Zone from the Official Trailer. (Photo courtesy of Paramount Pictures and Sega of America) 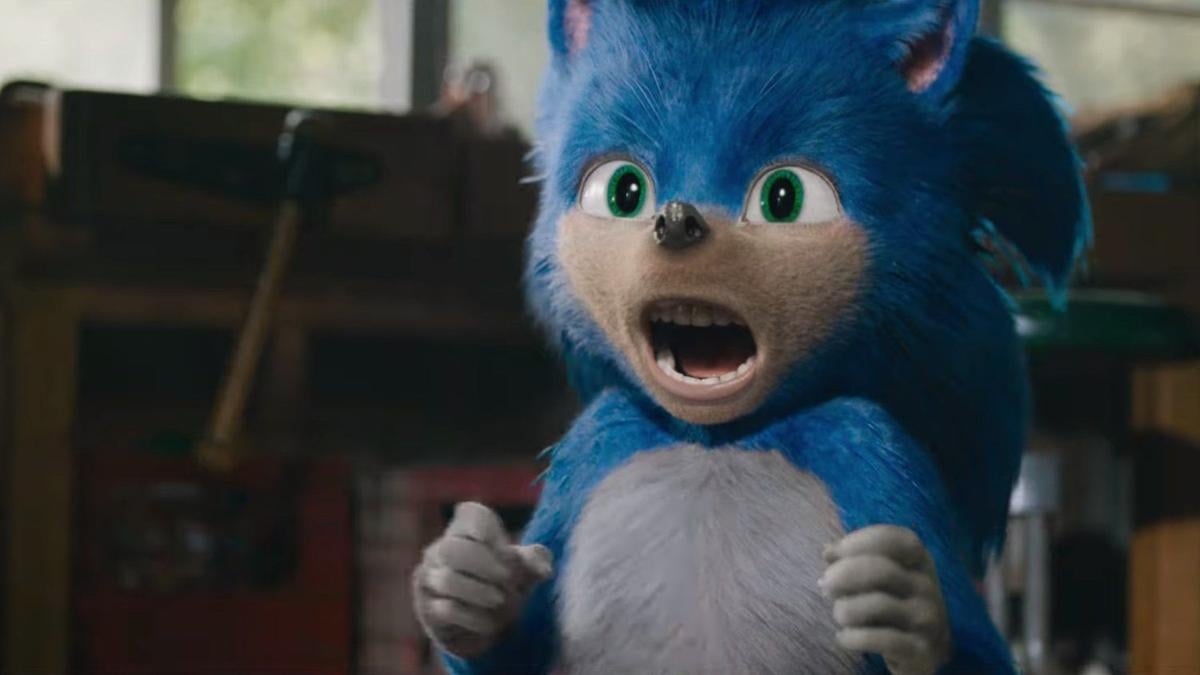 Sonic from the Original Trailer. (Photo courtesy of Paramount Pictures and Sega of America)

Paramount Pictures attempted to tweak the odd and “realistic” humanoid design of a popular animated character in the 2020 movie "Sonic the Hedgehog." After receiving heavy backlash from fans and critics alike, there were very low expectations for the film, but those expectations were proven wrong as it went on to earn $70 million at the box office for SEGA in its opening debut.

This video game to screen adaptation simply offers an aspect of improved visual effects, some funny yet splendid casting performances, and a conventional plot that paces as fast as Sonic the Hedgehog himself.

One of the best characteristics throughout the film was the impressive visual effects. Sonic’s improved character design had more similarities to Sonic’s video game appearance than what the initial 2019 Sonic movie trailer portrayed.

The film includes some outstanding visuals in terms of atmosphere and setting, which can easily delight moviegoers. One of the best settings in the film is Green Hill Zone. The first scene of Green Hill Zone introduces the audience to a beautiful and aesthetically pleasing view of green grass and towering mountains and hills.

One minor drawback with the special effects is that it was very noticeable when producers and animators tried to blend the live-action cinematography with some of the animations. This problem was very evident in the chase scene when Sonic encountered Dr. Robotnik’s robots. Despite the drawback, the visual effects are good enough for a video-game adaptation.

One of the most praised features throughout the movie is, without a doubt, Jim Carrey’s performance as Dr. Robotnik. His comedic dialogue stole the show. Sometimes, Carrey can go a bit overboard with his funniest delivery and jokes (as he usually does), but it didn't take away from his overall performance too much. Robotnik’s personality channels Carrey’s intense goofiness, and Carrey did a splendid portrayal of the villainous yet outrageous “know-it-all” character.

Ben Schwartz’s dialogue as Sonic the Hedgehog became annoying at times and some moments of the comedic dialogue felt like a hit or a miss.

However in some scenes, Sonic begins to stand out with his slapstick gags that go well into the special effects of the film. The character has funny one-liners and relatable pop culture references that the audience will notice immediately, making him a very likable character.

Thomas Michael "Tom" Wachowski (James Mardsen), the sheriff of Green Hills, had a decent on-screen character arc with Sonic throughout the film. The duo between the characters seemed relatable despite Sonic’s energetic personality. This gave a genre along the lines of a buddy-comedy.

Some other minor characters like Longclaw the Owl (Donna Jay Fulks), Sonic’s guardian parent in the first scene of the film, didn’t receive any extended screen time throughout the film as Sonic.

Minor characters served as comedic relief throughout the film and simply helped build the character chemistry between Sonic and Tom.

All in all, the character arcs, dialogue, and acting performances throughout the film are decent.

One of the weakest aspects of the film is the plot. This film describes itself as an “original film” in the opening intro. The film lacks originality of story elements featured in the video game. This seemed to be the major issue throughout the movie.

One of the problems throughout the film is pacing, for example, Sonic himself can be too fast and energetic to keep up with at times.

However, the soundtrack helped the arc and personality of each character. One scene in particular, when Sonic is running very fast, has Queen’s "Don't Stop Me Now" playing in the background, which is a really good song choice to appropriately showcase the character’s energy and enthusiasm.

One of the other weaker aspects of the film is the delivery of emotions. The pace of the movie was too quick and the comedy itself took away from the more serious and sad scenes.

The film’s theme of seeking friendship and family lacked any originality and offered no original lessons for moviegoers. The film’s reliance on comedy is good, however the plot leaves an unoriginal and unemotional message throughout the film.

"Sonic the Hedgehog" had clear improvements from it's original 2019 trailer. The casting performance was comedic yet the action brings sheer insanity of a video-game adaptation.

Even with it's many flaws, this film is recommended for casual, younger fans of the game and moviegoers who prefer a family-friendly experience.

Correction: The review published on February 20th stated that the initial trailer that received backlash was released in 2018 when in reality it was released online on April 30th, 2019.