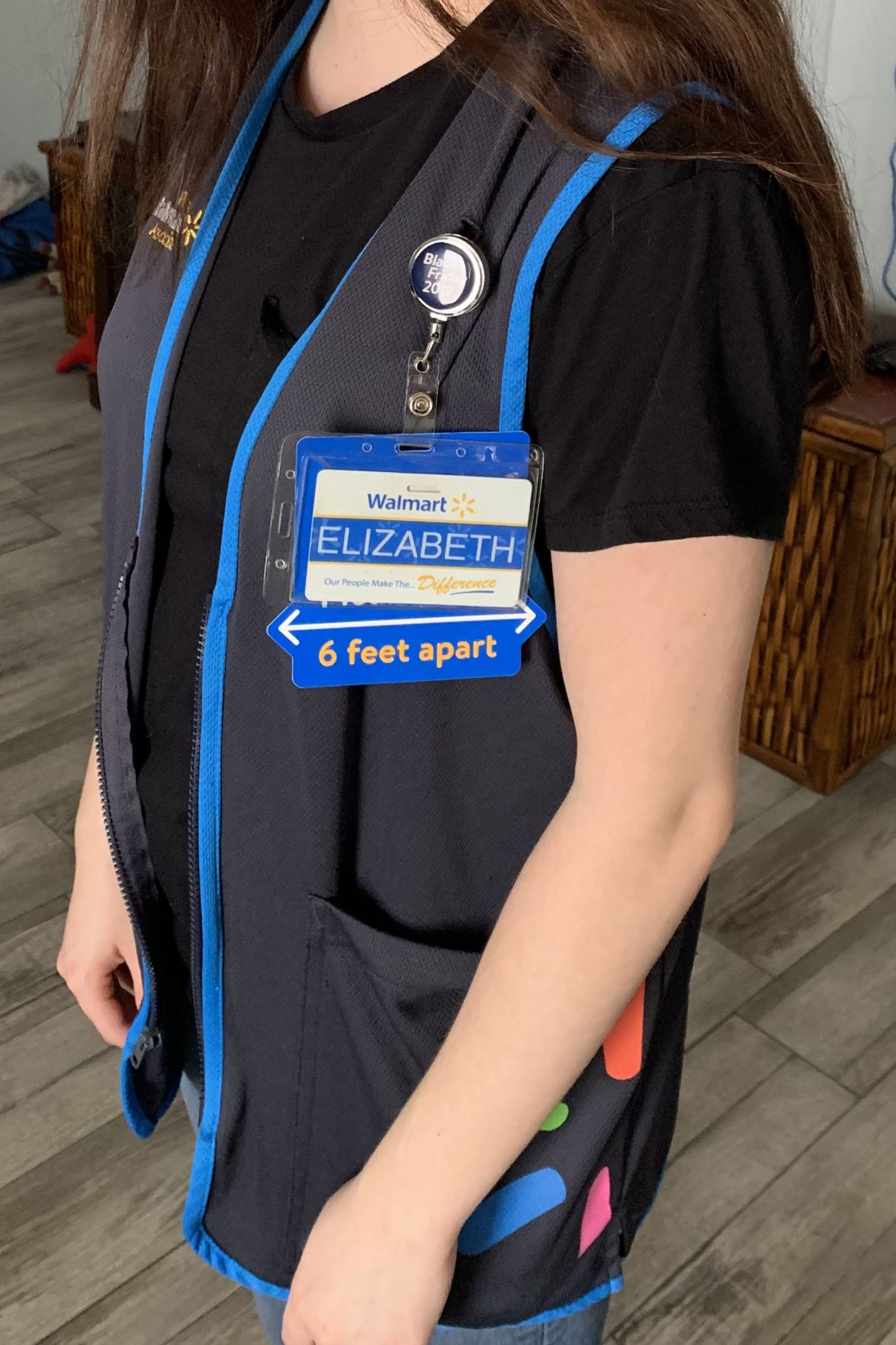 Elizabeth Gonzalez describes the lack of transparency between employees and management at Walmart's Patterson location. (Photo courtesy of Angela Gonzalez) 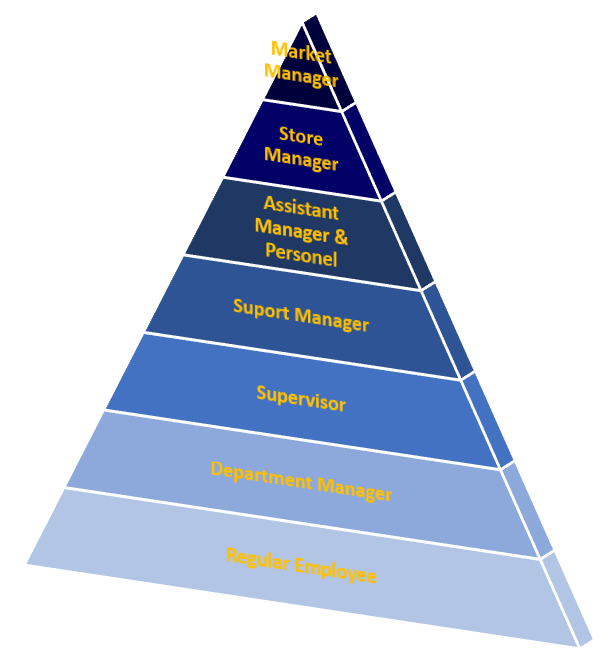 The image above illustrates the different Walmart employee levels. According to Walmart employees, only those highest on the pyramid are informed on crucial, coronavirus-related news relating to their stores. (Graphic by Angela Gonzalez)

Throughout the past couple of weeks, Walmart has been met with numerous allegations regarding their unfair and sometimes unsafe working environment during the pandemic. Essential workers across the nation from major retail chains like Walmart and Target have staged "sickouts" in protest of unsafe working conditions.

According to two workers from the Walmart located in Patterson, California, the situation there is no different as it has had its fair share of unsettling work conditions.

Workers at this location have endured apparent discrimination within their employee hierarchy, with valuable information being kept from lower-ranked employees, as well as the store's customers, the workers said.

As a cashier, Stan State alumnus Elizabeth Gonzalez (author's sister) has had to endure the blunt end of all encounters of careless customers not obeying the national health guidelines. However, the main concern regarding the safety of her fellow coworkers and shoppers, she said, is the lack of communication from their own management.

Though nothing has been announced to the public, sources have said that there have been three confirmed cases of COVID-19 within their store, which includes the unfortunate passing of one of those who contracted it. As for how an employee at this specific Walmart is informed about these cases, it all depends on their position.

When the first employee at this specific location had tested positive for COVID-19, a morning meeting was held, which was in early April.

“I walked in at the end of the meeting and they pretty much said that if you don’t feel safe, just call [the person] who handles our leave of absence,” says Gonzalez.

Gonzalez continued by saying that the meeting was not mandatory for regular employees and that the meeting was held when many employees were on the clock. This meant that, if an employee couldn’t make it, they had to rely on what others told them. This lead to several cases of gossiping around the store, thus leading to all employees being told that there would be another meeting for everybody else. “They told us that they were going to hold a meeting so that everyone was informed, but that meeting never happened,” said Gonzalez.

Every case after, including the unfortunate passing of an employee, was met with the same reaction from the higher ups of not being clear with their workers as to what was happening. When it came to the death of one of their front-end coworkers, none of the customer service employees who worked alongside them were notified.

On top of this, Gonzalez described that there was an emphasis of secrecy as to what the public should know as well.

“They pretty much told us not to tell anyone so customers could keep shopping. If a customer asks if there have been any cases in our store all we’re allowed to say is that we cannot answer that question,” Gonzalez stated.

According to the Stanislaus County Health Services Agency, there have been 46 confirmed cases of COVID-19 in the city of Patterson.

A department manager at this Walmart location, who wishes to remain anonymous to ensure that he is not fired from his job at the store, explains that his experience with the way he is informed of all relevant news regarding the store’s condition related to the pandemic is a bit different.

“As far as communication from my supervisors and managers, there’s not a whole lot. They either inform us at the last minute or not at all,” he said.

The only major difference is the presence of the mandatory department manager.

“When someone contracts COVID-19, they inform us after that person takes an LOA (Leave of Absence). After they do that, usually they’ll call all department managers and whatever sales floor associates are available, which they’re usually not, so it’s just us DM’s," the manager explains. "I know some associates don’t know exactly what’s going on as far as what area those who were infected worked in. The only thing that has been made aware to them is that, if they don’t feel safe, they’re allowed to take an LOA,” he states.

An LOA does not make people eligible for unemployment, which for most people trying to support their family is something they don’t have the luxury of taking.

At just 21 years old, he works to support himself and his mother and says that lately, work has become a bit overbearing given the newfound stress due to the lack of communication in response to the pandemic.

“It's been rough, honestly. I have broken down a couple of times at work," the manager said. "Management will ask if everything is okay, but with the way they have been acting lately, I know they honestly don’t care,” he confesses.

The manager shared that all of this stress has prompted him to call Walmart's Health Department to voice his concerns about the three confirmed cases and their management’s intentions in keeping it all under wraps. He also voiced his concern over the apparent lack of sanitary measures taken within the store.

“Not even 40 minutes after I called, they held a last-minute meeting to inform us about the death of one of our coworkers due to COVID-19. I assumed that it was because of my call because they announced it just as we were done with lunch and not in the morning, as they have done with the other cases,” he said.

As of yet, the Patterson Walmart has still not released any information to the public in regards to the number of cases contracted within their store, nor have they held additional meetings to inform the rest of their employees about any additional cases.

Similar stories around the country have been unveiled, which begs yet another question: "How many other stores in our cities are conducting business like this?

Walmart's official statements and responses to the COVID-19 pandemic can be found here.

Angela Gonzalez is a student at Stanislaus State. This story was written out of concern for family and friends who work and/or shop at the featured Walmart location. Gonzalez is not an employee of the Signal.