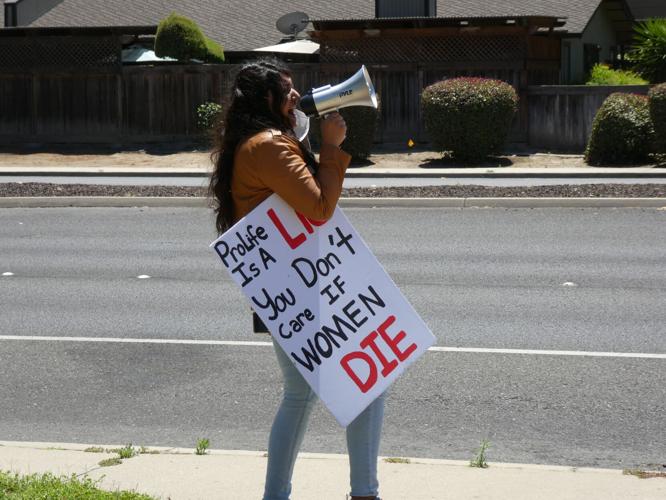 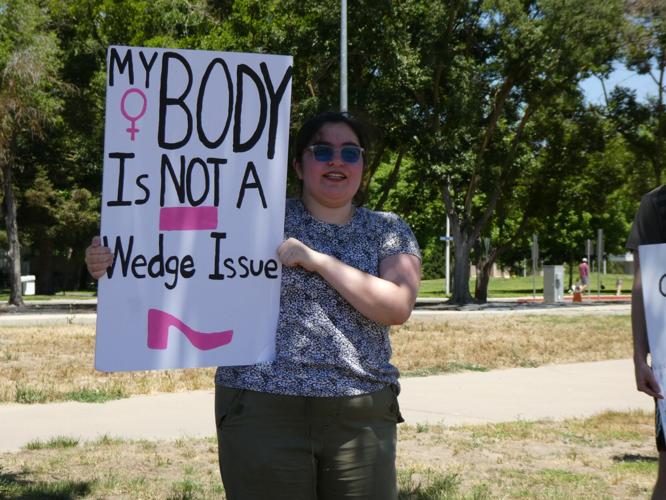 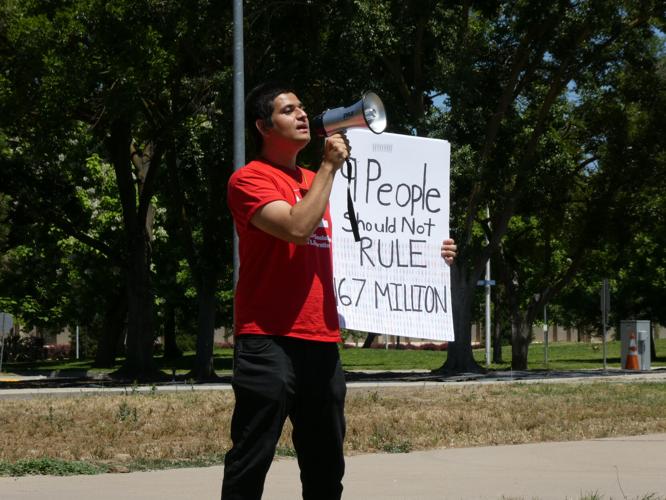 A protest took place at Stanislaus State in wake of the possible overturning of Roe v. Wade. The protest, which took place on May 14 at the Monte Vista Ave and University Circle entrance to campus, was organized by Stanislaus State student Raquel Bernal Alonzo (senior, English).

The protest, along with other protests held this past weekend across the country, stemmed from a leaked document that shows the Supreme Court had made the decision to overturn the landmark case Roe v. Wade, which would make abortion in the United States illegal. The opinion was delivered by Justice Alito.

The protest, which occurred from 12 - 4 p.m., initially began at the quad, but moved to the front of the campus as previously advised by UPD.

Some issues of concern surrounding the potential illegalization of abortion is less access to healthcare for women and an increasing rate of children in foster care.

“I’m adopted so I’ve known since an early age that there is no part of me that wants to give birth to a fetus,” said Alonzo. “I do want to be a mother, but I would prefer to adopt. There are 424,000 kids in the U.S. that are in the foster care system, and the numbers are scary.”

Although California holds a Democratic stance and may not be impacted by the decision, many other states will be affected. Many states have 'trigger' bans that would immediately ban abortions in the first and second trimester if Roe v. Wade is overturned.

“Even though we’re in a state that probably won’t be affected by Roe v. Wade being overturned, it’s 26 states right now that are going to be affected by it and that’s over 50 percent of America, and that’s just insane,” said Alonzo.

Despite California being a majority Democratic state, there are some instances in which abortion is highly debated and may contradict the beliefs the state generally holds.

“Even in states like California, which is Democratic, we had a woman ... she was in jail for 4 years because she had a stillborn baby,” said Alonzo. “They said that she had used drugs of some sort … California’s law says that under no circumstances is abortion in any way, shape, or form supposed to be criminalized and that’s what they did to her.”

Roe v. Wade carries an important meaning for some and symbolizes what it means to be a woman for many in the United States.

“I think it was the start of good progress for women in America. I mean obviously it didn’t solve all of our issues,” said Alonzo. “We still have a pay gap, they’re still discriminated against in the work force; that often includes being fired if you get pregnant and such.”

“But at the end of the day we got control over our bodies if in some little form,” continued Alonzo. “No one should be forced to hold a fetus for nine months.”

One protester who wishes to remain anonymous spoke about what Roe v. Wade meant to her as woman.

“Personally, I guess as a woman, I’m pro-choice,” she said. “People should have the decision of what they want to do. Specifically that I have been down this route. I have, my sister has, my brother’s girlfriend has, we’ve all had abortions and we’re all different in our abortions.”

Alec Van Eenennaam (senior, Criminal Legal Studies) who was also a protestor, discussed whether the retaliation of the overturning of Roe v. Wade would prevent it from being overturned.

“I don’t think so. But I do think that with the upholding of things like the death penalty they take into account public opinion,” said Eenennaam. “So, it’s not unreasonable to think that if there is so much backlash that maybe our justices may reflect the populous’ opinion on the matter.”