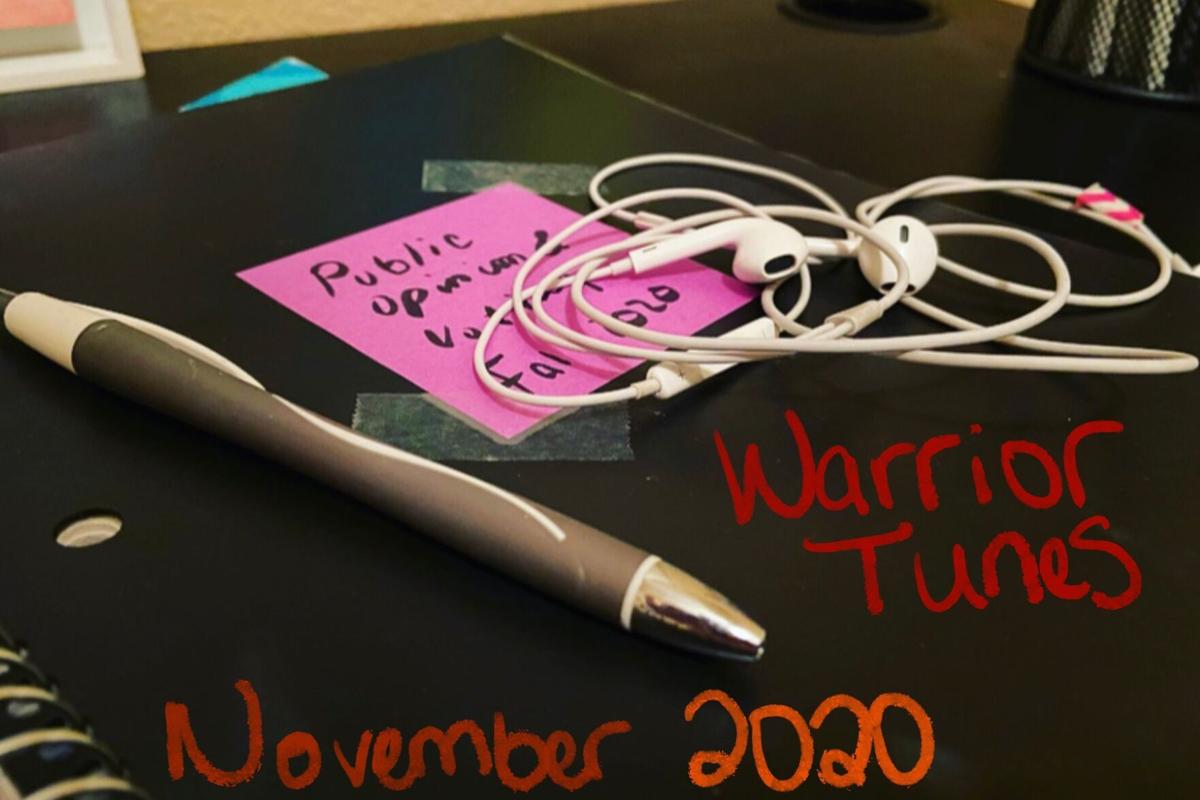 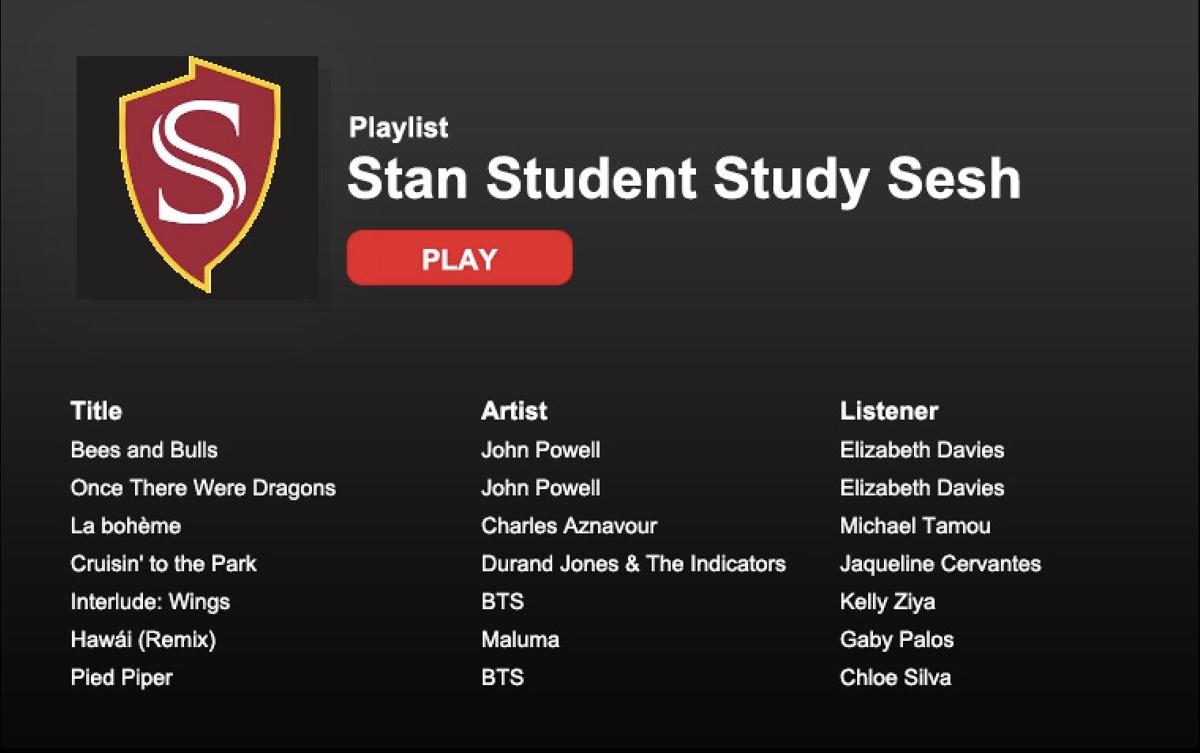 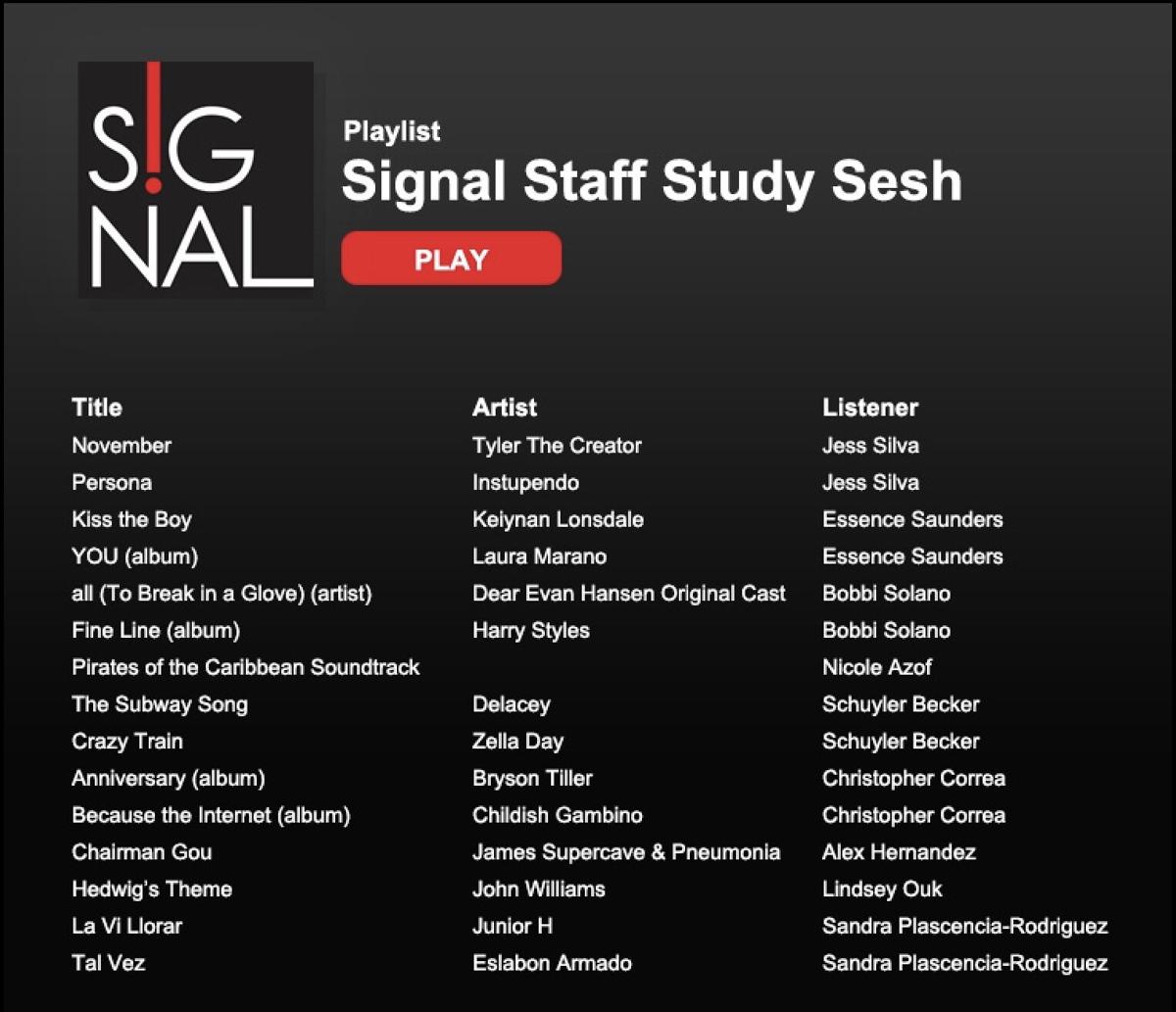 As Finals Weeks approaches, the November 2020 edition of 'Warrior Tunes' focusses on music that students turn to for their study sessions.

For this month, we asked what type of music makes them feel good and what they listen to when they study, especially as they begin to prepare for finals week.

Michael Tamou (senior, Theater) recommended the song 'La Bohème' by Charles Aznavour. 'La Bohème,' which is a French song that reminds Tamou of "strolling through the streets of Paris at midnight in the 1920's." It's a nice song that can send one on a brief mind trip to France.

Jaqueline Cervantes (senior, Psychology) is turning to Durand Jones & The Indicators, with their chill song 'Cruisin to the Park.' It's a smooth song that surely gives you that low rider feel! "I grew up listening to oldies/low rider music, so this song brings nostalgia," Cervantes said.

Elizabeth Davies (junior, Studio Art) is tuning into the works of composer John Powell. She recommends the songs 'Bees and Bulls' and 'Once They Were Dragons' because they make her feek happy and motivated. Connected to two famous animated movies like Blue Sky Picture's Ferdinand and DreamWorks' How To Train Your Dragon: The Hidden World, these songs surely leave you motivated once listening, and if you have seen the movies, they may also transfer you to the images associated with the songs!

Gaby Palos (senior, Psychology) is listening to Maluma's 'Hawái - Remix' featuring The Weeknd. When talking about 'Hawái - remix', she said that, "This song is helping me through finals because it makes me want to get up and dance! It keeps me awake and also I love The Weeknd." Palos says that she has also been listening to Christmas music as the holidays approach.

Kelly Ziya (sophomore, Liberal Studies) suggests listening to K-Pop's very own BTS. The song 'Interlude: Wings' is her go-to song. "This song is helping me prep for finals because it is an upbeat and fun song that puts me in a better mood even when I'm studying," Ziya says.

Along with Ziya, Chloe Silva, a sophomore at New Mexico Junior College studying Criminal Psychology, also suggested listening to BTS. She recommends listening to their song 'Pied Piper' as their lyrics translated into English show that it is an encouraging song for their listeners to keep pushing on with studies and that they will still be there for you.

Additionally, our fellow editors and reporters listed some songs they are listening to at this time! In the graphic below, you will see some of the songs and albums they have recommended and are listening to.

These songs are also helping them become encouraged and motivated for their preparations for finals.

Well, that is all for the November music edition! We will be inquiring soon for some holiday cheer for December's edition. See you then!