You are the owner of this article.
Edit Article Add New Article
You have permission to edit this article.
Edit
News ▼
Arts & Entertainment ▼
La Letra Ñ ▼
Opinion ▼
Social Justice
E-Edition ▼
Archive
Multimedia ▼
About Us ▼
Share This
1 of 17 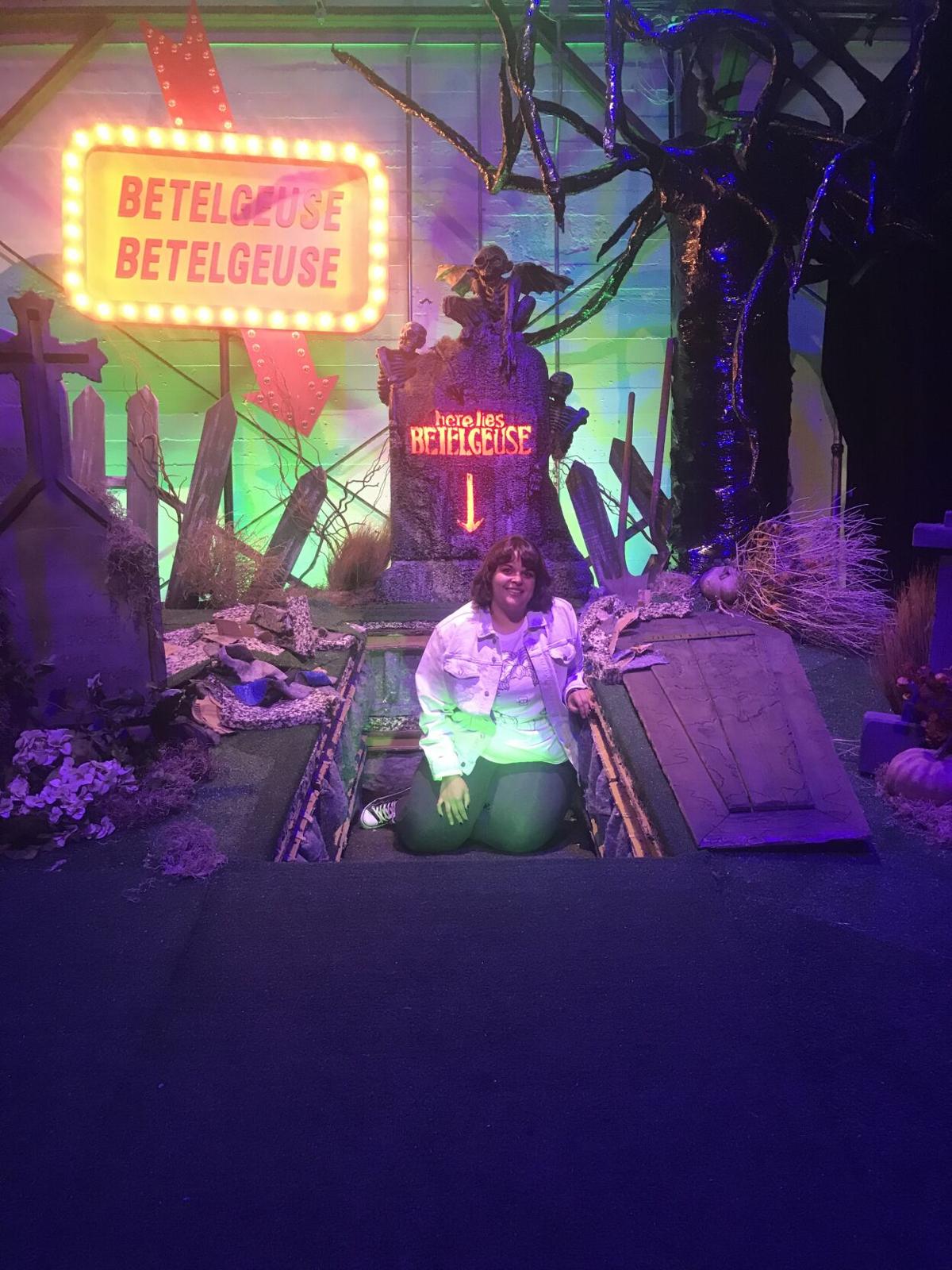 A peek at the "Beetlejuice" display at the I Like Scary Movies experience that was in LA last September! (Signal Photo/ Bobbi Solano) 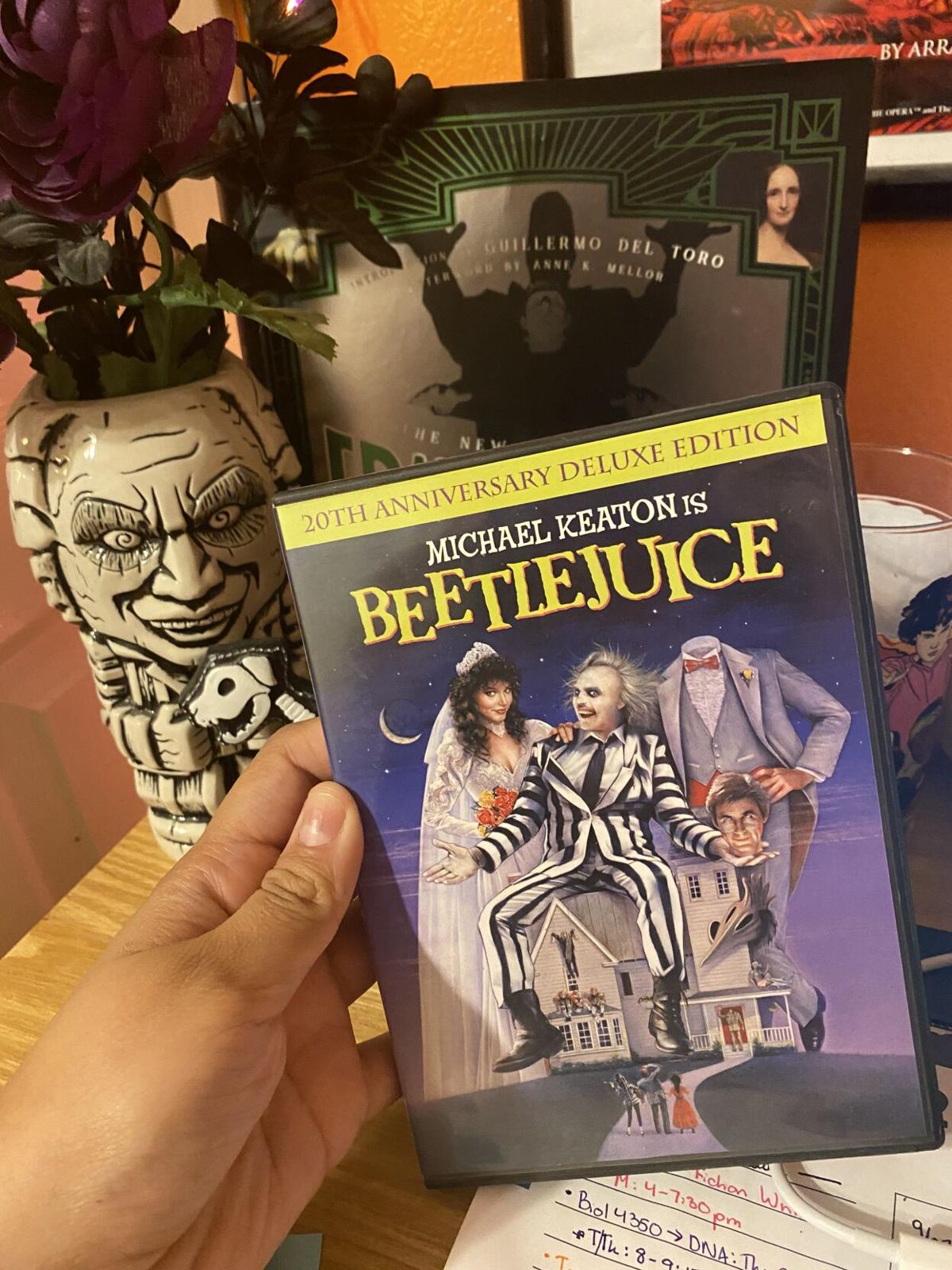 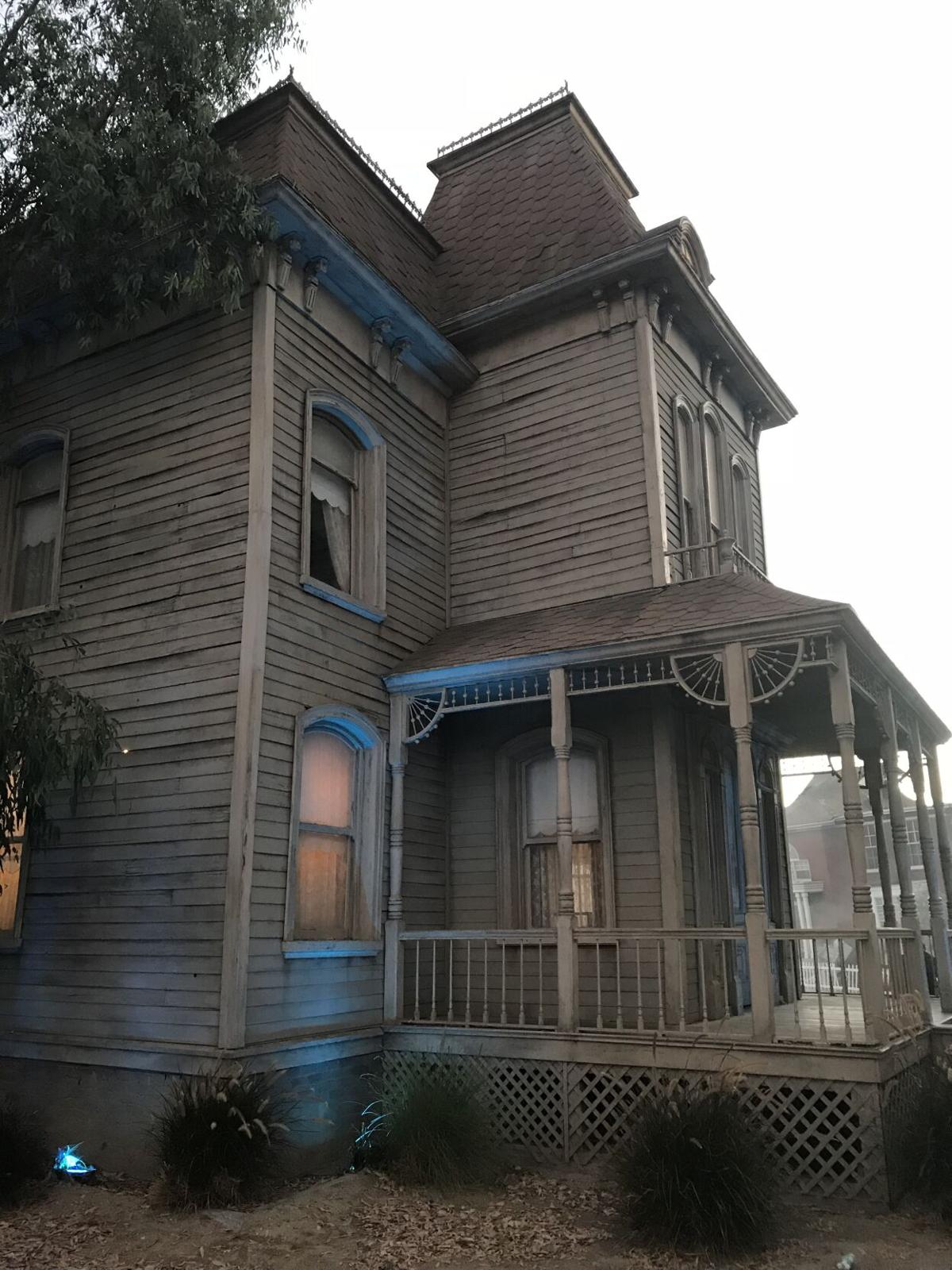 The Psycho House up close and personal on the Universal Studios backlot! (Signal Photo/ Bobbi Solano) 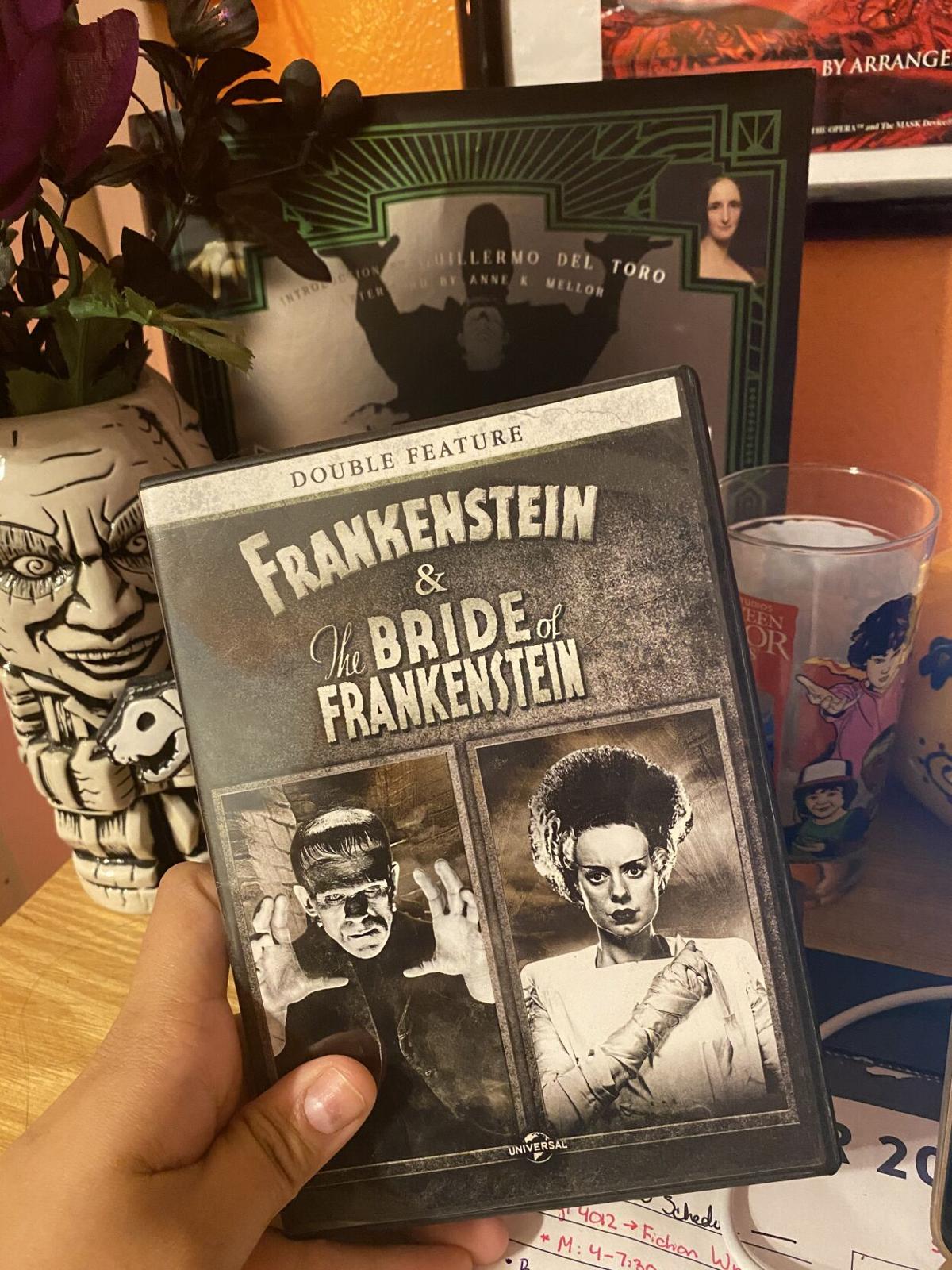 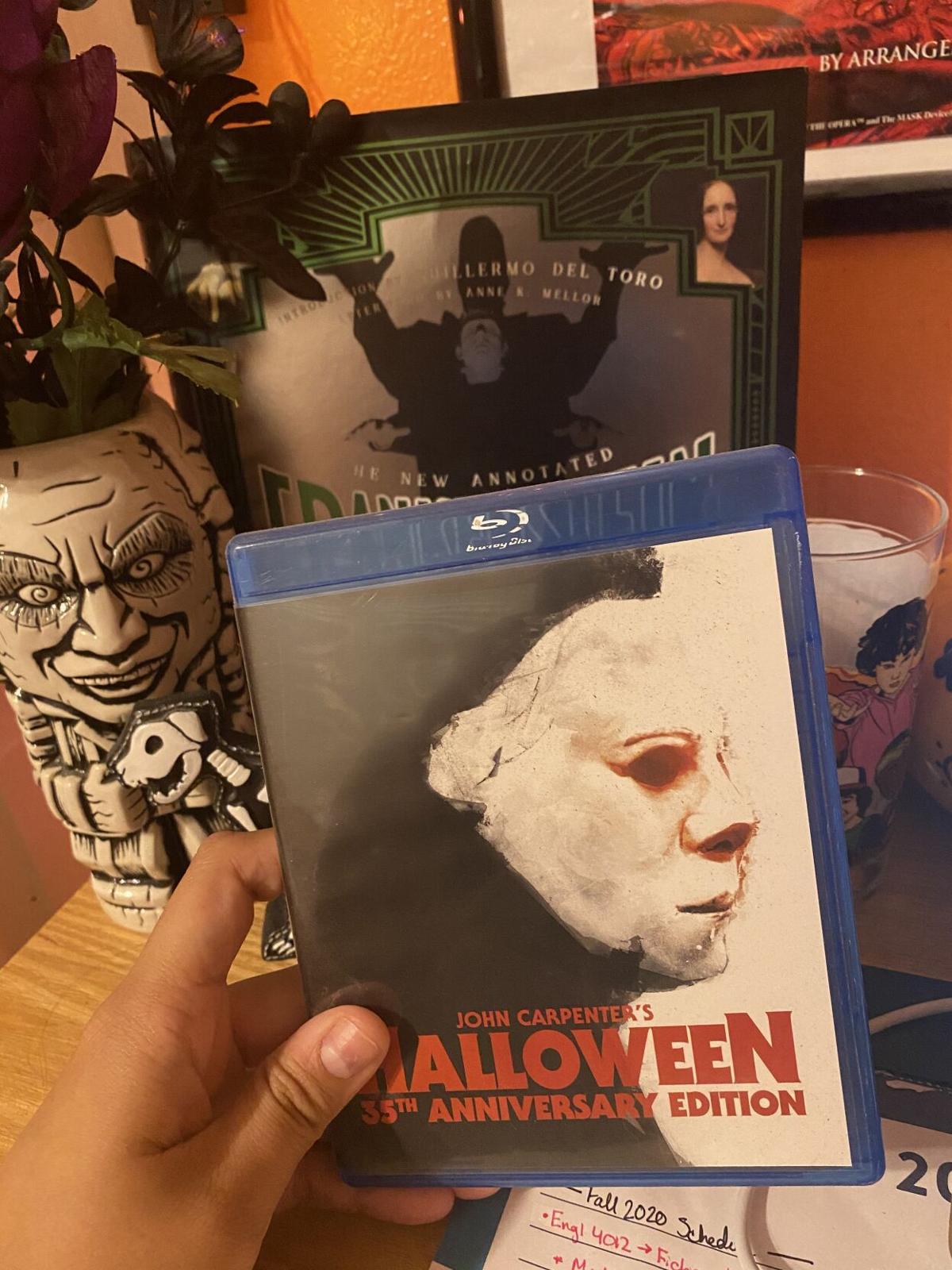 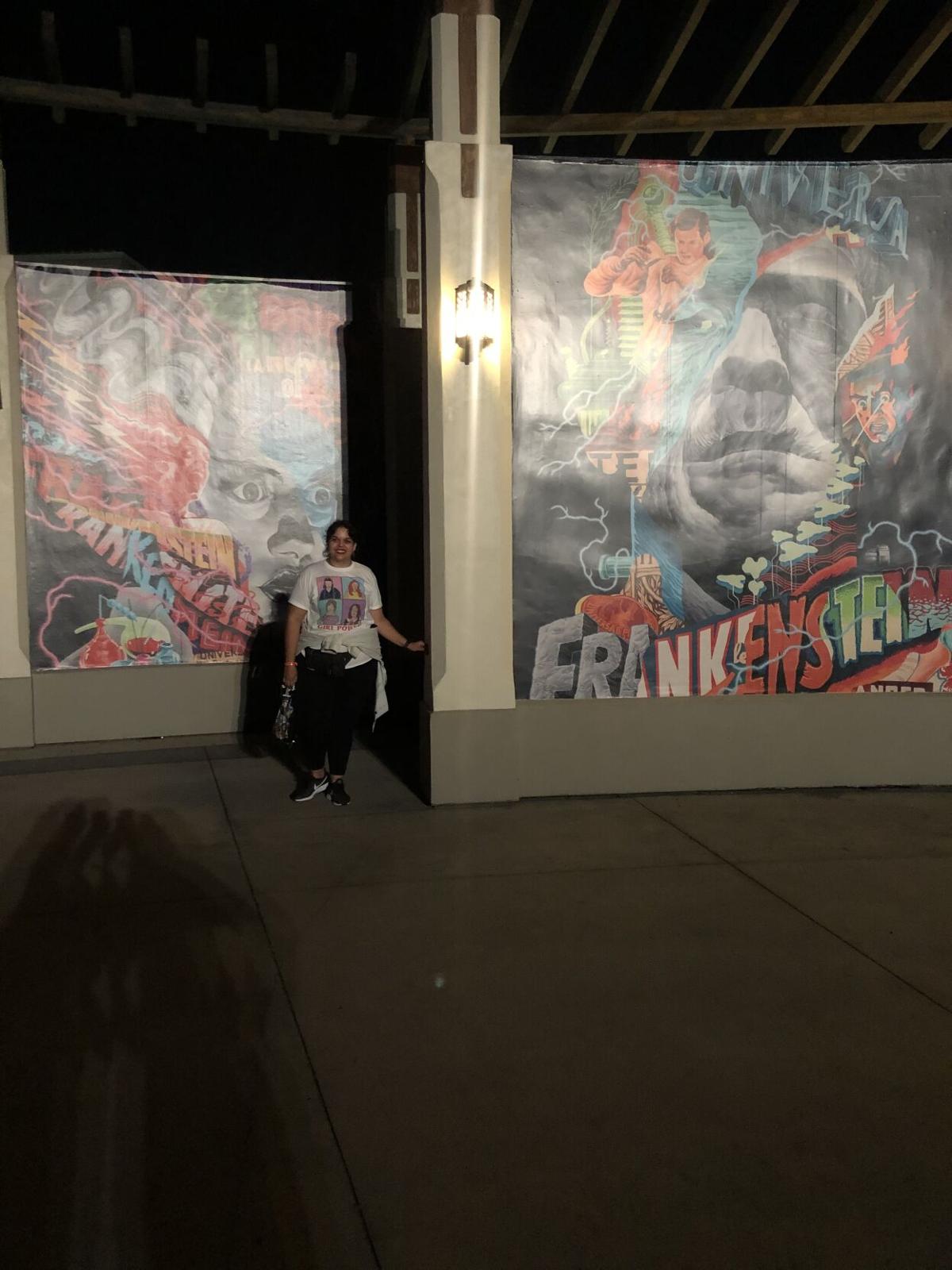 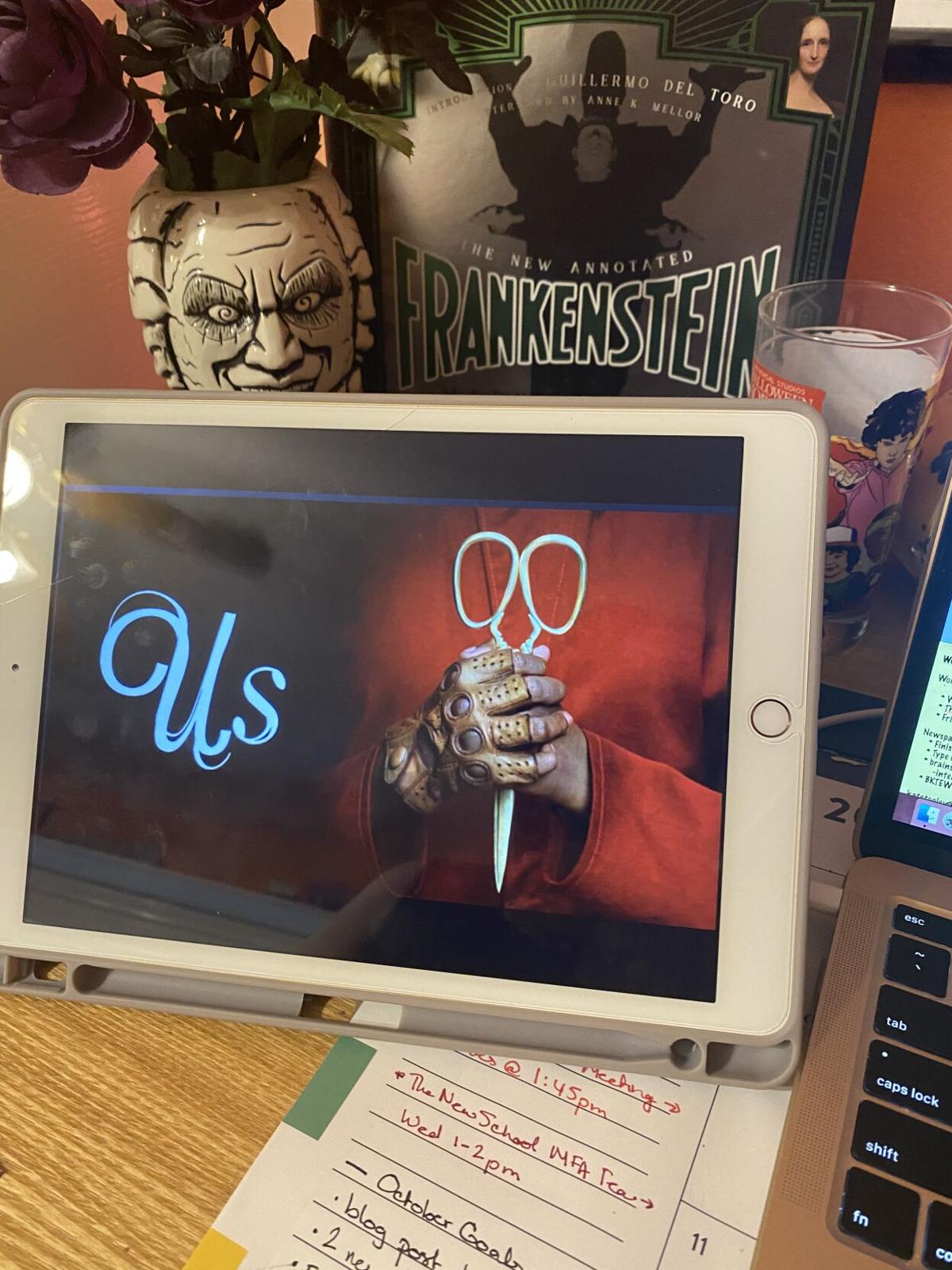 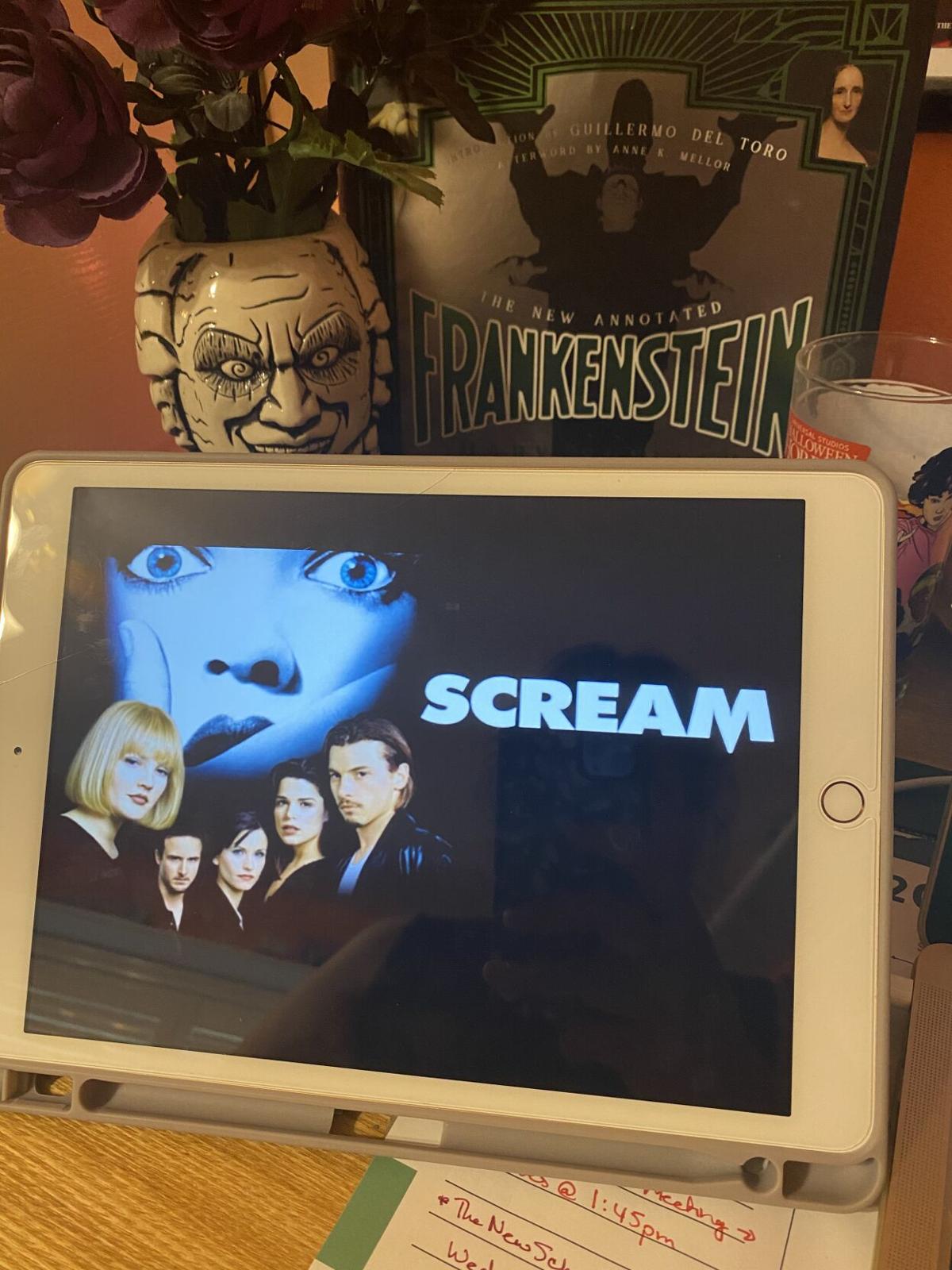 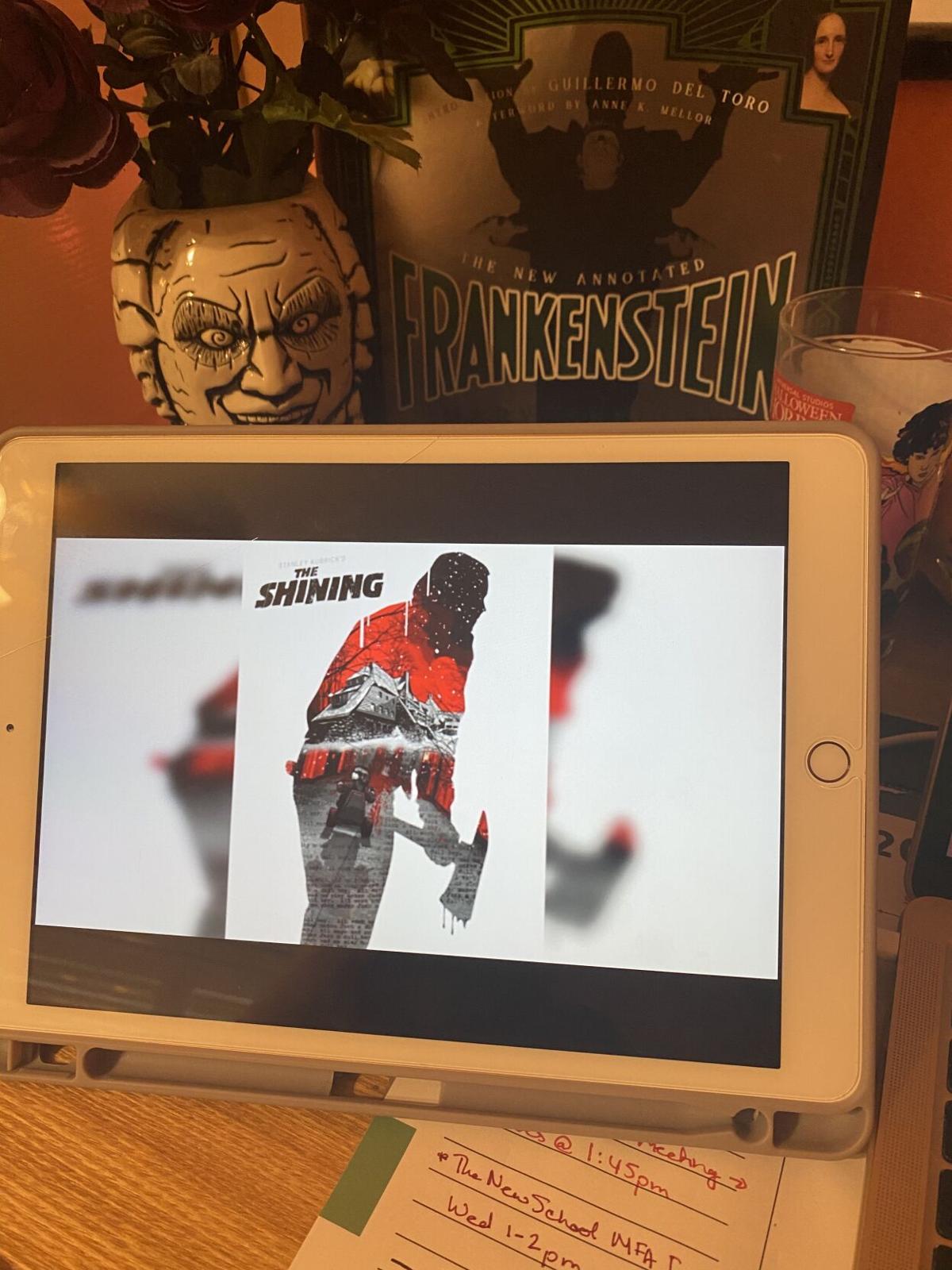 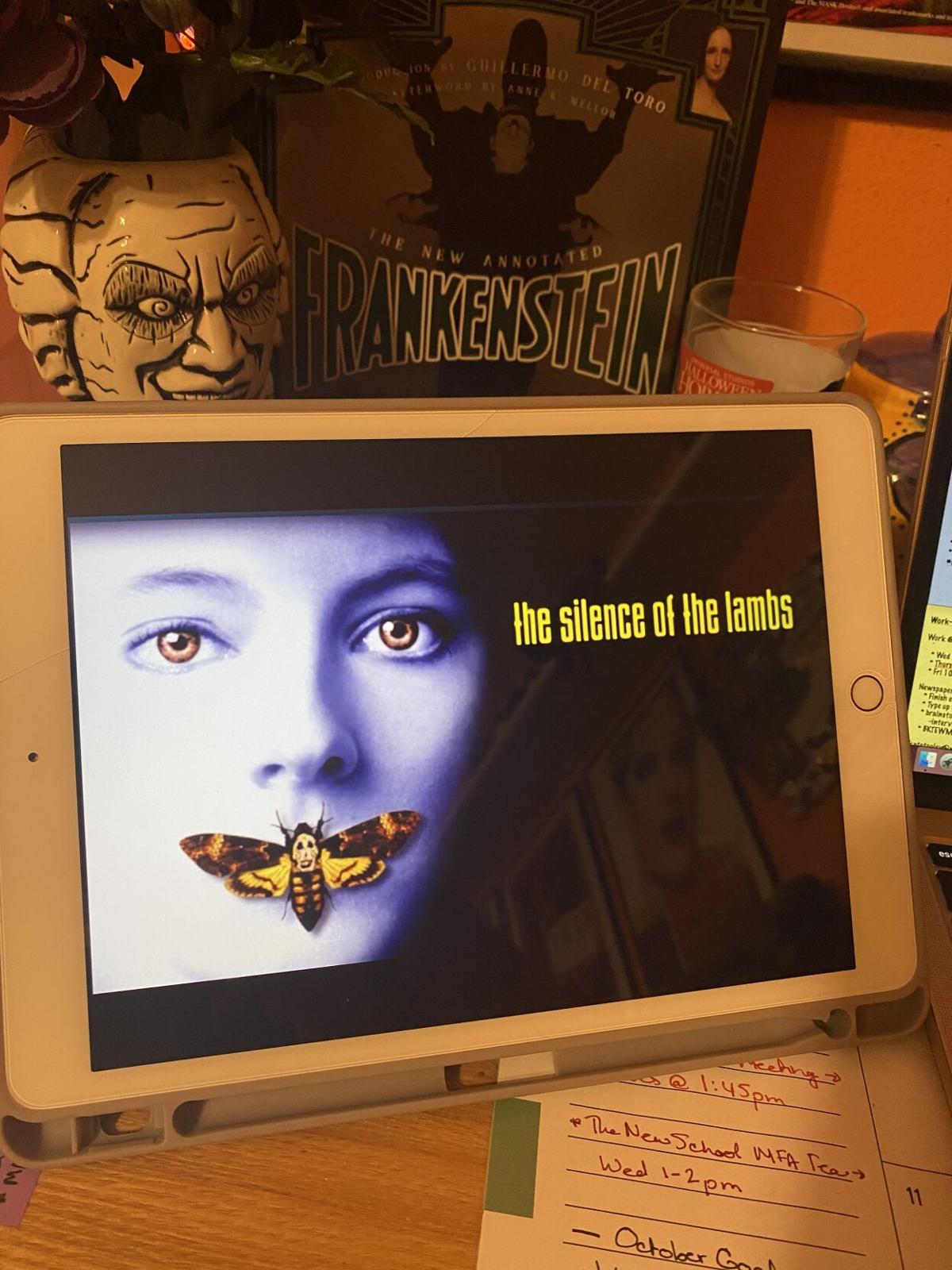 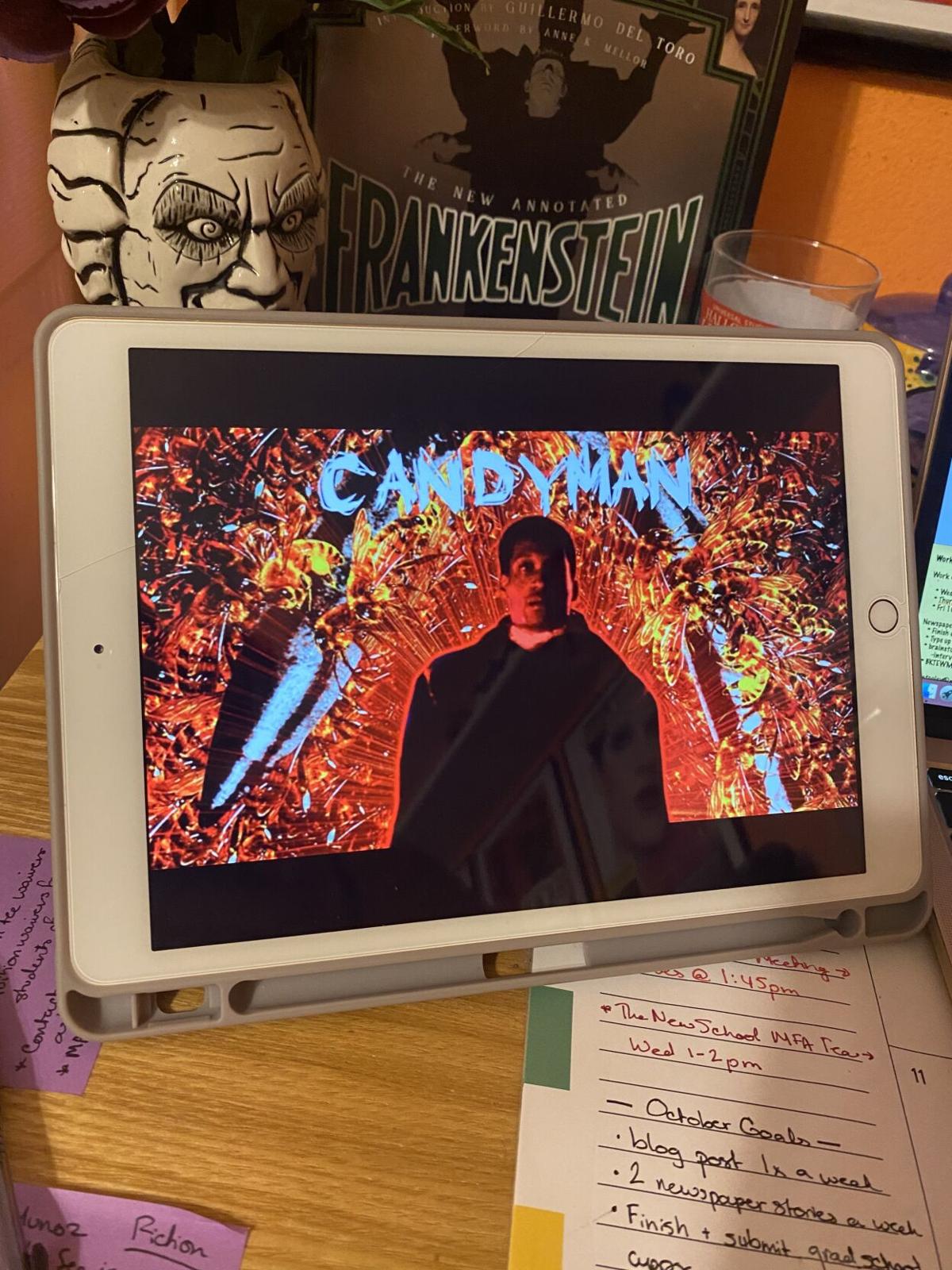 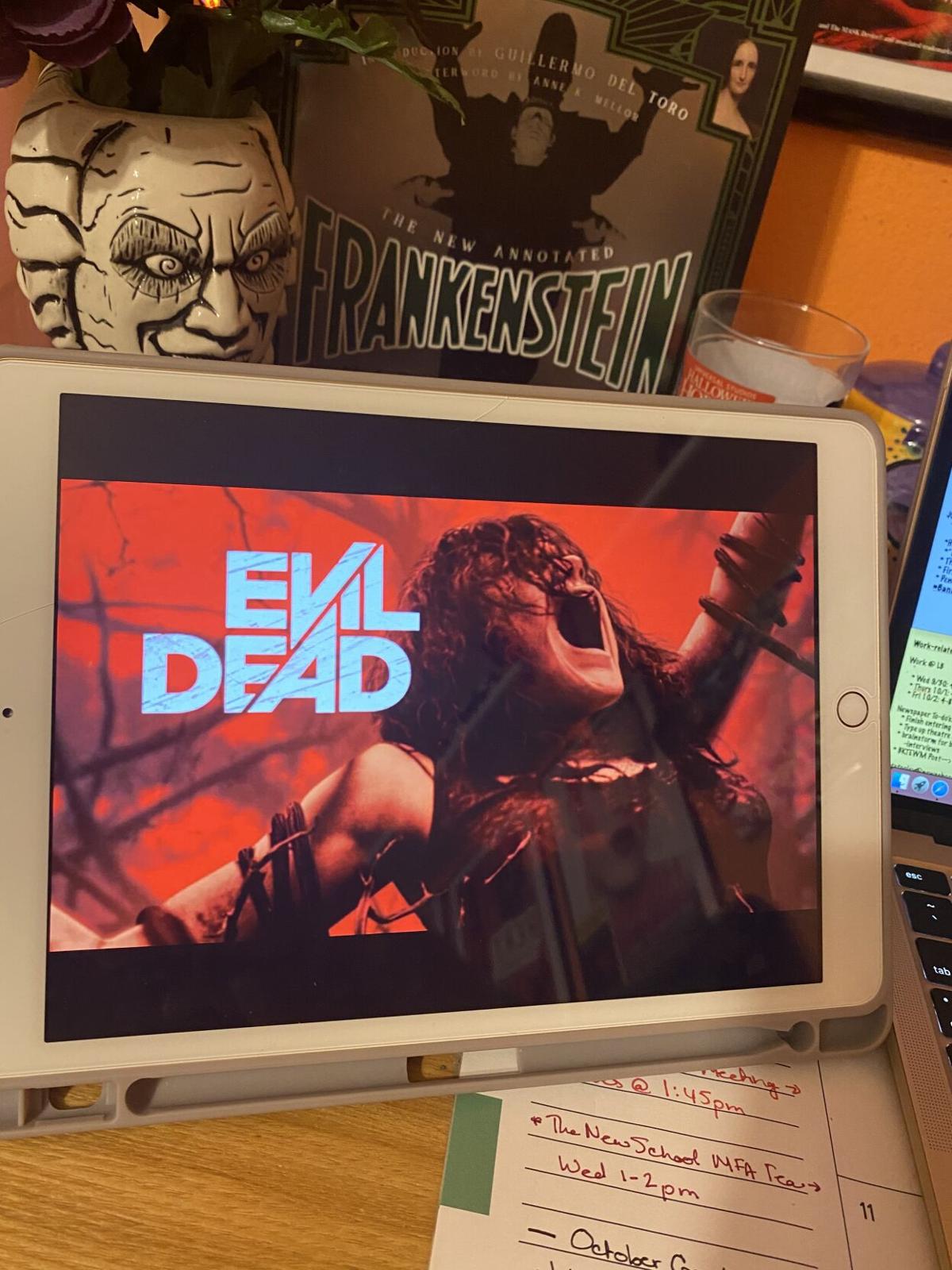 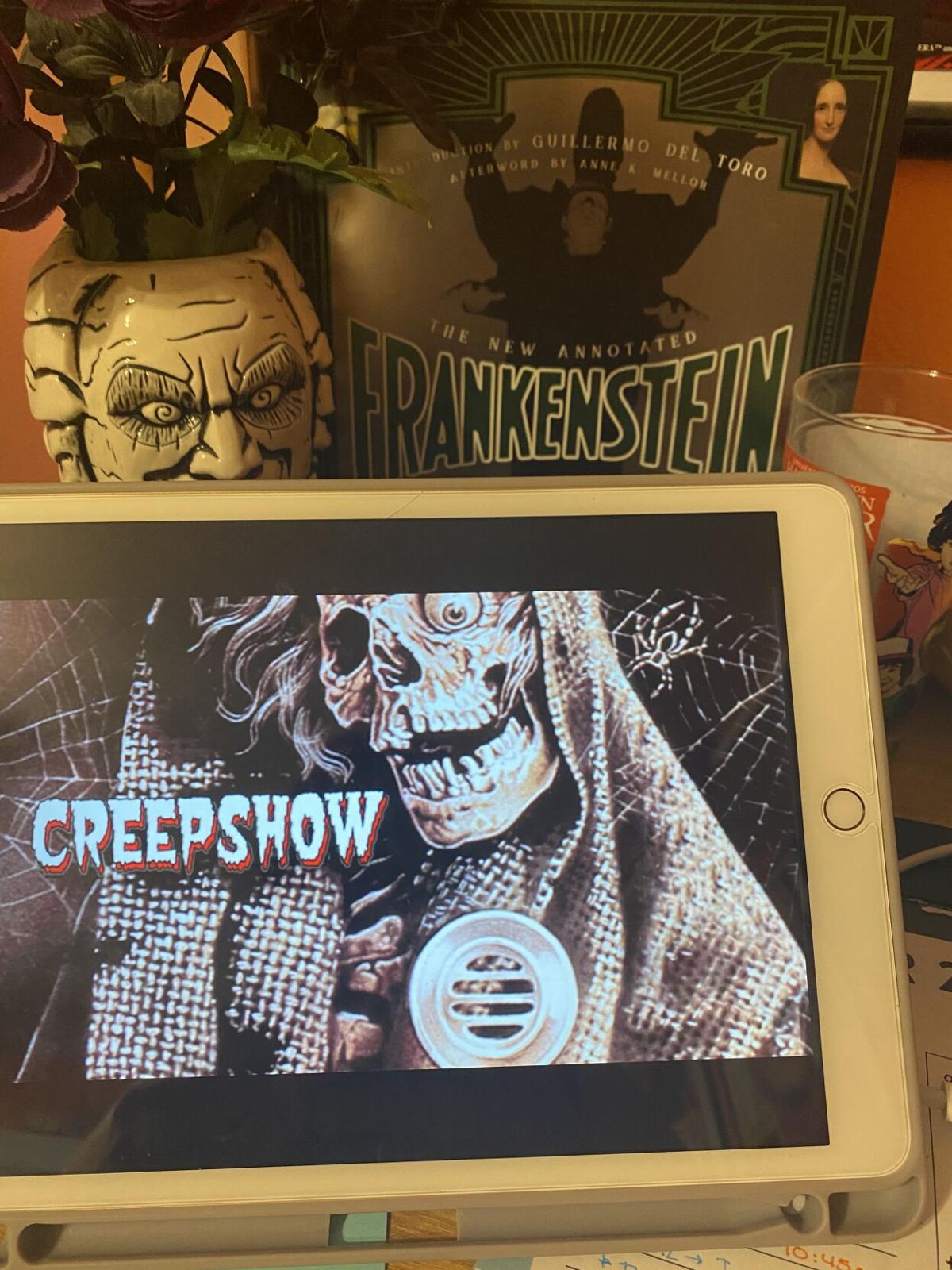 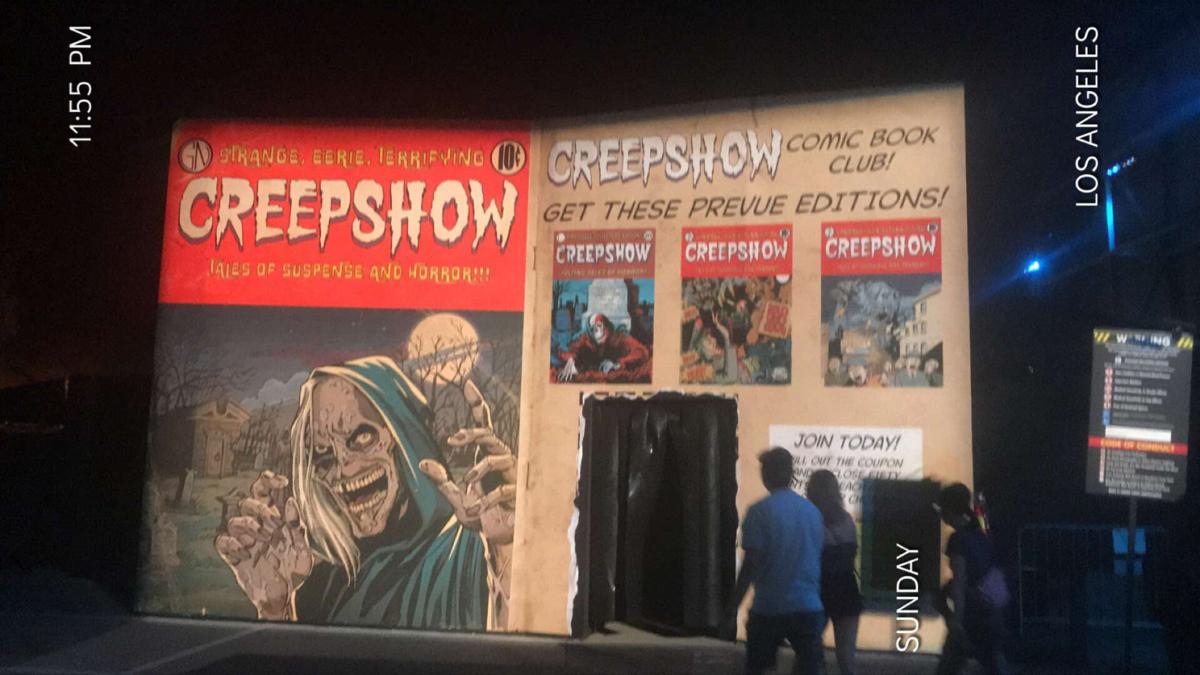 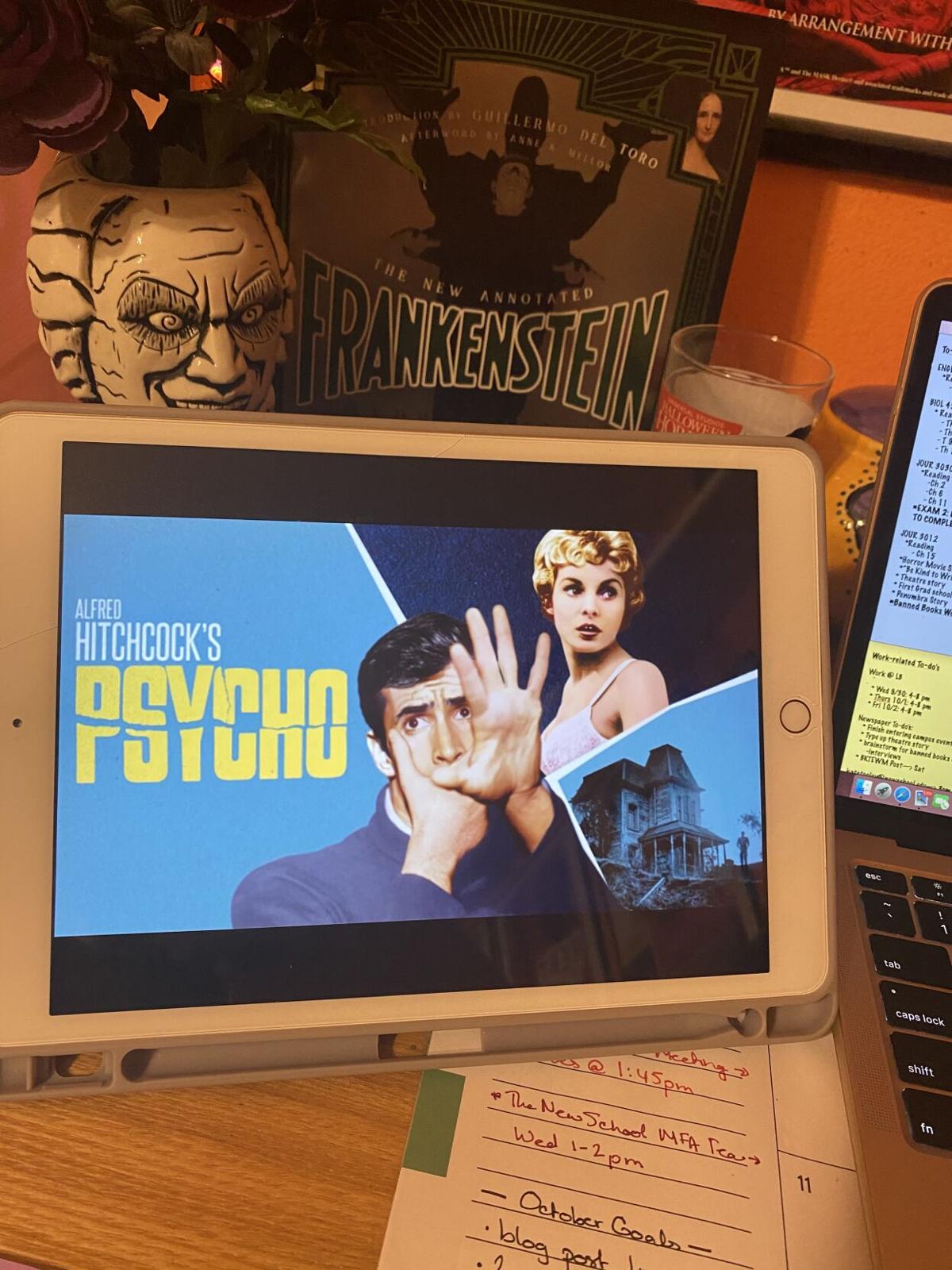 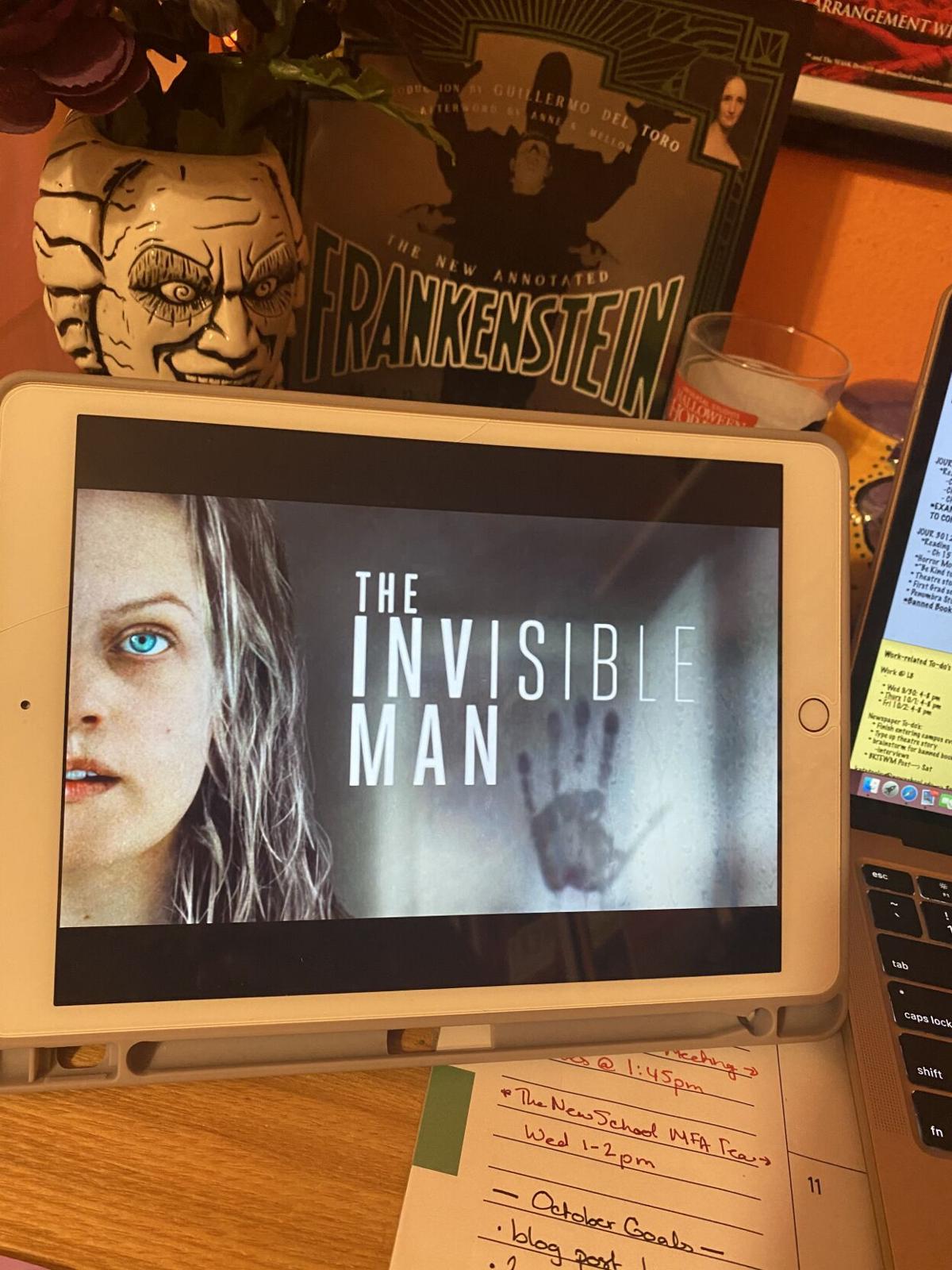 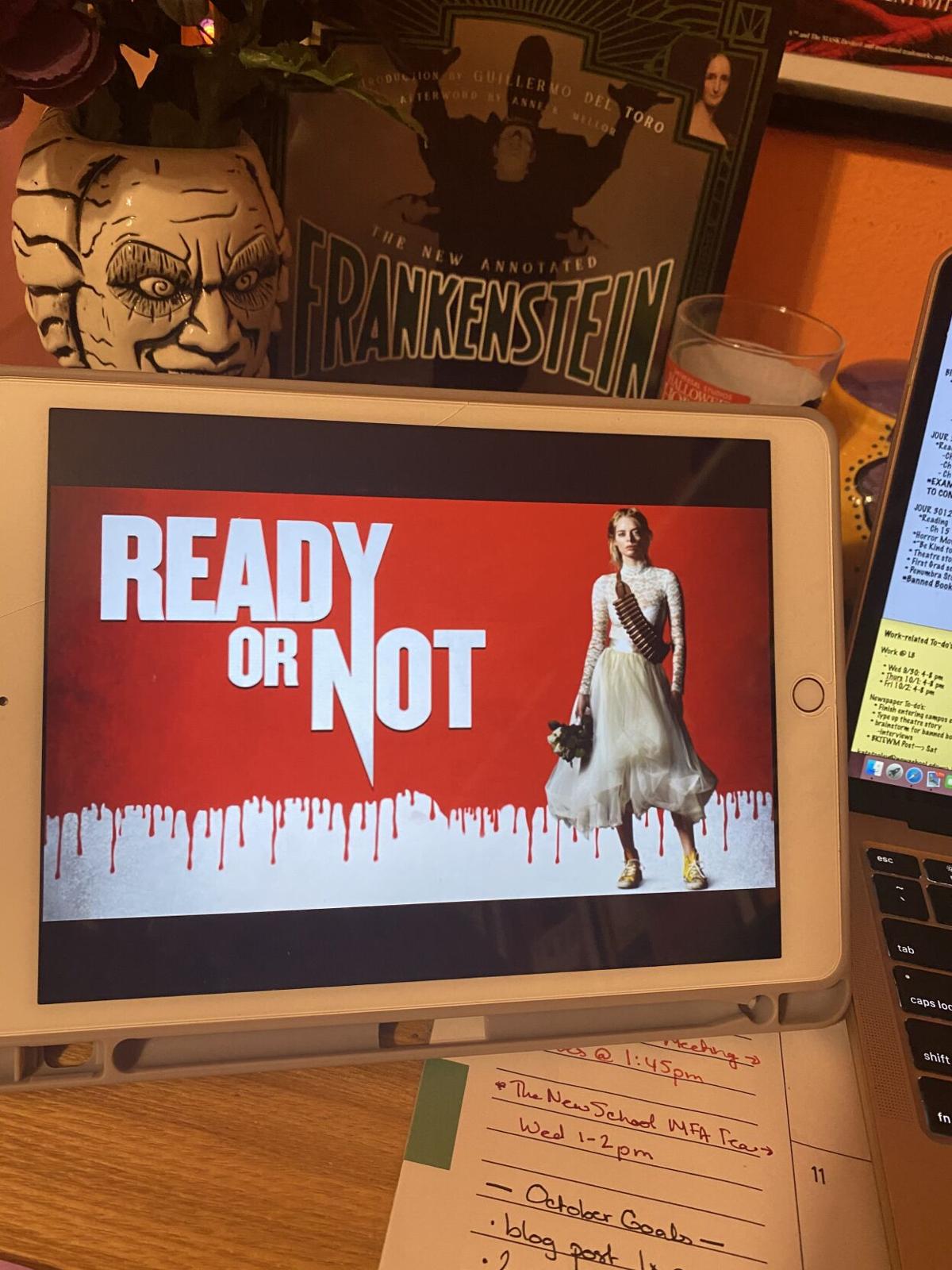 It’s finally October and spooky season can commence! Undoubtedly my favorite time of the year, the Halloween season is the first of many fun holidays that the end of the year brings.

I’ve always had a love-hate relationship with horror movies. Halloween has always been my favorite holiday, but when I first started watching them with friends around the start of my teens, like most do, I couldn’t do it. Actually, let me rephrase that, I couldn’t (and still fully can’t) deal with the supernatural. Something about it freaks me out. However, I can definitely deal with the slasher and gore side of the holiday. Some of the special effects work that has been produced in the name of this genre is absolutely incredible, and I always find myself drawn to those types of horror movies.

So, in honor of my favorite holiday, here is an (un)lucky list of 13 horror movies to check out this month!

One of my favorite flicks on this list, "Scream" is one of those films that everyone has been exposed to in one way or another, regardless of if you’ve actually seen it. A slasher movie that also critiques the genre, this movie is so much fun! However, don’t let that fool you. There are still good jump scares to be had. Made by Wes Craven, the mind behind "A Nightmare on Elm Street", this film is always a killer time!

End up liking this? Check out "Scream 2", "Scream 3", and "Scream 4" in preparation for the fifth installment of the franchise, which is set to come out in January of 2022.

Another extremely popular franchise, "Halloween", both the original and the 2018 Blumhouse remake are so good! Not jump scare heavy, this film allows its audience to enjoy the story as well as the spooks. In these films, Michael Meyers terrorizes the town of Haddonfield, and Laurie Strode, on Halloween night. A slasher with killer behaviors originating even in his early childhood, this franchise begs the question, “What makes someone evil?”

Based on the Stephen King novel of the same name, this film is an indisputable mainstay in the horror genre. More of a psychological based horror, this film follows Jack, Wendy, and Danny Torrance as they make the move to the Overlook Hotel. This hotel is home to spirits looking to corrupt Jack and turn him against his family. If you end up liking this, check out the sequel "Doctor Sleep" for plenty more spooky fun and REDRUM.

Fun fact: The Overlook is based on the Stanley Hotel in Colorado, which is also rumored to be haunted.

Probably the film on this list that bothers me the most, "The Silence of the Lambs" also deals with psychological horror. Also based on a novel, this time by author Thomas Harris, this story follows FBI trainee Clarice Starling as she is forced to work with infamous movie villain Hannibal Lecter in order to track down a serial killer. I think what freaks me out the most about this movie is the fact that Hannibal is actually brilliant. He is the most realistic slasher of them all, and that makes this movie all the more scary. Oh, that and he eats people.

A film with a Black antagonist and, for me, a female horror icon, "Candyman" is the most supernaturally-based story on this list. Similar to the “Bloody Mary” legend, Candyman is rumored to appear if you look in a mirror and say his name five times. We learn about the origins and implications of this legend through the research that aforementioned female horror icon Helen Lyle is conducting regarding superstitions in a housing project in Chicago.

If you like this one, get excited because there is a Jordan Peele remake set to release in 2021!

Although it can be argued that this is more of a comedy than a tried and true horror movie, "Beetlejuice" freaked me out when I was younger. I first watched this movie with two of my cousins and the scene where Adam and Barb are turning into these shrivelled up corpses was terrifying. But, oh how the tables have turned, because this is now one of my favorite movies! It’s so much fun and so iconic.

For anyone that hasn’t seen it, which, if that’s you, definitely add it to your watch list, this movie is about married couple Adam and Barbara. They die in a car accident, are left to haunt their house, and, when a family moves in, are tempted to ask the wild “Bio-exorcist” Beetlejuice for help.

My favorite of Jordan Peele’s first two horror releases, this movie is a fun time and definitely scary. Add the eeriness to that mix and you have a great horror movie. Taking place in Santa Cruz, this question presents the audience with a weirdly reflective scenario: what if we each had an evil doppelganger?

A movie I wouldn’t have watched had it not been a house at Universal Studio’s Halloween Horror Nights last year, this anthology takes the audience through different stories featured in a boy’s comic book. This film is also inspired by the works of Stephen King, so you know it’s going to be good. My favorite of the stories is probably “The Crate”.

One of the previously mentioned movies that I was exposed to in my teens, the 2013 "Evil Dead" remake is insanely gory and I love it! On the same level as the "Saw" movies at times, this is a scary movie that follows the traditional horror formula; a group of friends stay in a cabin, finds a book that clearly says it shouldn’t be opened, but they do it anyway. A possession happens and then things get bloody.

Another widely referenced and recognized film, Alfred Hitchcock’s "Psycho" is the original slasher movie. After following her stealing from her job, Marion Crane stumbles upon the Bates Motel and comes across Norman Bates. A self-proclaimed Momma’s boy, he’s not as innocent as he looks!

If you liked this one, check out the rest of the film’s in Hitchcock’s repertoire. Another one I like is "The Birds". His films are seemingly simple, but after being asked to analyze these two for a class, I realized they’re actually pretty complex.

Two of the classic Universal Monsters movies, "Frankenstein" and "The Bride of Frankenstein" have helped Mary Shelley’s novel and its characters become a mainstay in popular culture. The first of the two follows the creation and rejection of Victor Frankenstein’s creature. The second, interestingly, includes a cameo of sorts from Shelley herself and then follows the creature’s development. Although only mentioned in the book, this film presents an idea as to what might’ve happened if Victor had actually provided his creature with a mate!

These films aren’t as technologically advanced as the ones we see today, but they are definitely worth the watch!

Blumhouse’s imagining of another one of Universal’s classic monsters, "The Invisible Man" does a good job of modernizing this story. Extremely tense with some really awesome jump scares (the paint scene, that’s all I’m saying), this film is a perfect addition to your Halloween watch list.

Worth noting, but I do believe this film deals with themes relating to domestic violence.

A film that received a lot of buzz when it came out, "Ready or Not" is just a fun time! A children’s game gone dark, all of the crazy things happen due to a game of hide and seek. Gory, funny, and spooky, this is such a good Halloween movie.

And there you have it! If you’re wanting to have a scary movie marathon in honor of spooky season, I would start with these. Plus, some of the ones I mentioned are series. Talk about a bang for your buck.