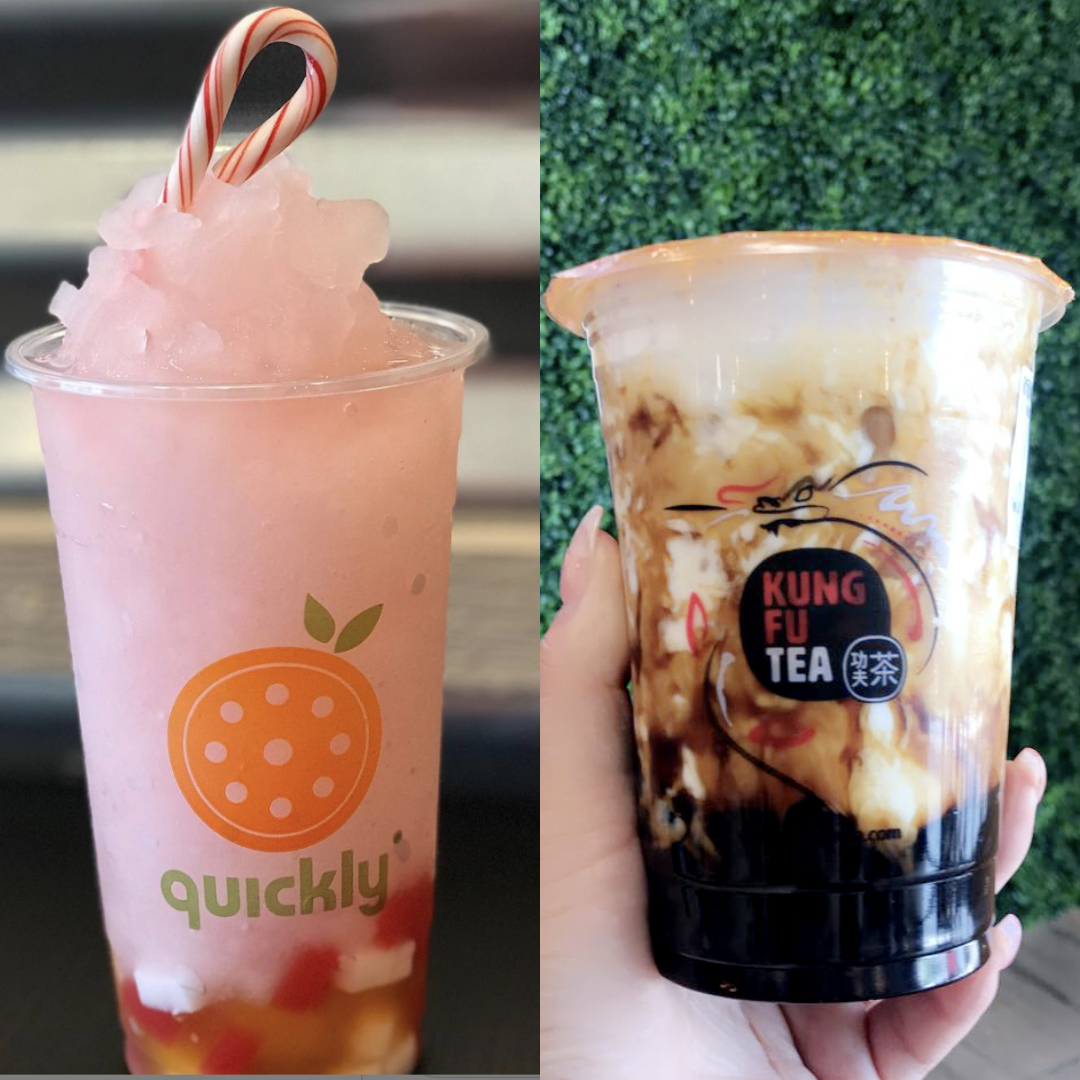 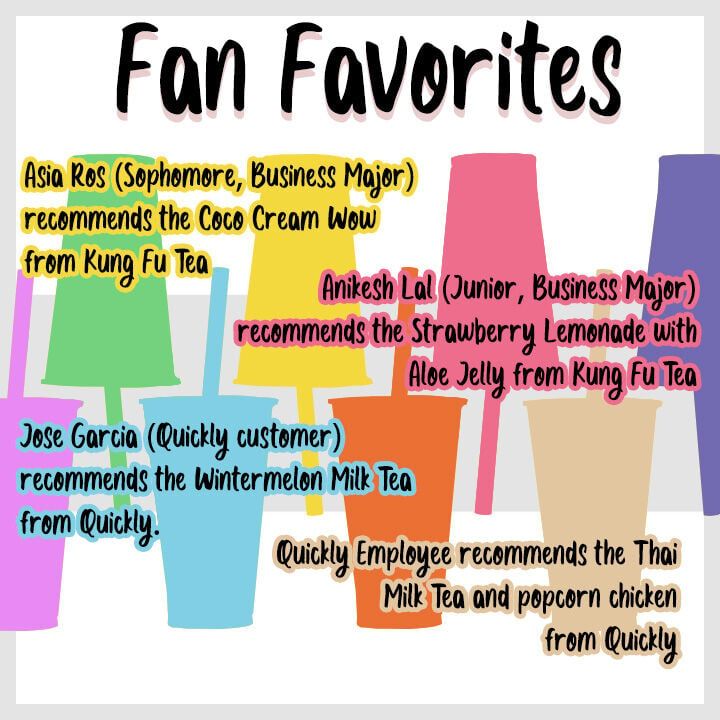 Some suggestions for both shops!

As the city of Turlock continues to grow, residents and visitors have seen a steady increase of different businesses. One of the newest is a Boba shop called Kung Fu Tea. Kung Fu Tea will join Quickly, which has been open in Turlock for nearly three years, as premier boba spots.

These shops are not only within a short distance from Stan State, they are also within walking distance of one another. Both businesses expressed their thoughts on the two shops being so near each other.

While members of the Quickly staff agreed that they have no objections to some local boba competition, they did think it is a little strange that Kung Fu Tea would open just eight doors down.

The Kung Fu Tea staff said that they are aware of Quickly being just a couple doors down. The staff said that their goal is to provide more options for Stan State students and Turlock. They explained having competitors would help both businesses improve on their drink quality and customer service.

With Turlock welcoming another boba shop, Stan State students expressed their excitement about the arrival of Kung Fu Tea and provided their thoughts on the shop opening so close to Quickly.

Asia Ros (sophomore, Business Administration) explained that it is not uncommon to see boba shops in the same vicinity from one another, especially when it comes to places in the Bay. Ros says, “I don’t find it bad that Kung Fu Tea opened in the same plaza as Quickly since a majority of boba shops are open near each other in other places, like the Bay [Area]. I find it very cool there are more boba shops opening up in Turlock.”

Stan State student Anikesh Lal (junior, Business Administration), shares his current thoughts about the two shops. Lal says, “I think it’s super cool Kung Fu Tea opened a Turlock location so I can visit while I attend school, however I think it’s weird to be next to a competitor. Even though they are close to each other, I think it will give the students and community a better feel for boba instead of just having one shop.” He adds, “Having 2 boba shops would allow people to taste different flavors and styles of boba.”

With campus nearby, both boba shops will try to compete for customers coming from Stan State.

With the help of ASI, members of the campus community may have seen Quickly out in the quad during Warrior Day, in which they offer free drinks as well as a buy one get one free option. With campus operations becoming virtual, Quickly now offers a 10% Warrior Discount, as well as having a reward system in which the customer gets one free drink after purchasing 10 drinks. This discount is only available for Stan State students who are in need of grabbing a quick drink or choosing from the wide collection of food and desserts they have to offer.

Kung Fu Tea says that they can't wait until the university opens back up. They are currently offering FiveStars rewards, which means that after 12 drinks purchased, the customer can get one free drink. They are prepared for the new customers coming in. The staff says that you can’t go wrong with any of their drinks, it’s just based on what type of flavor you are interested in. If you like creamy, fruity, hot or cold, the cashier can recommend anything to you based on your preferences.

With the grand opening of Kung Fu tea happening on October 16th and 17th, the shop will also be giving out free drinks to the first 50 customers and offer a buy one get one free promotion on both days.

Now that Turlock has made room for more boba shops, which one will you be going to? If you are having trouble deciding which shop to choose from, take a look at the illustration below of popular recommendations from Stan State students and local customers.