You are the owner of this article.
Edit Article Add New Article
You have permission to edit this article.
Edit
News ▼
Arts & Entertainment ▼
La Letra Ñ ▼
Opinion ▼
E-Edition ▼
Archive
Multimedia ▼
About Us ▼
Share This
1 of 2 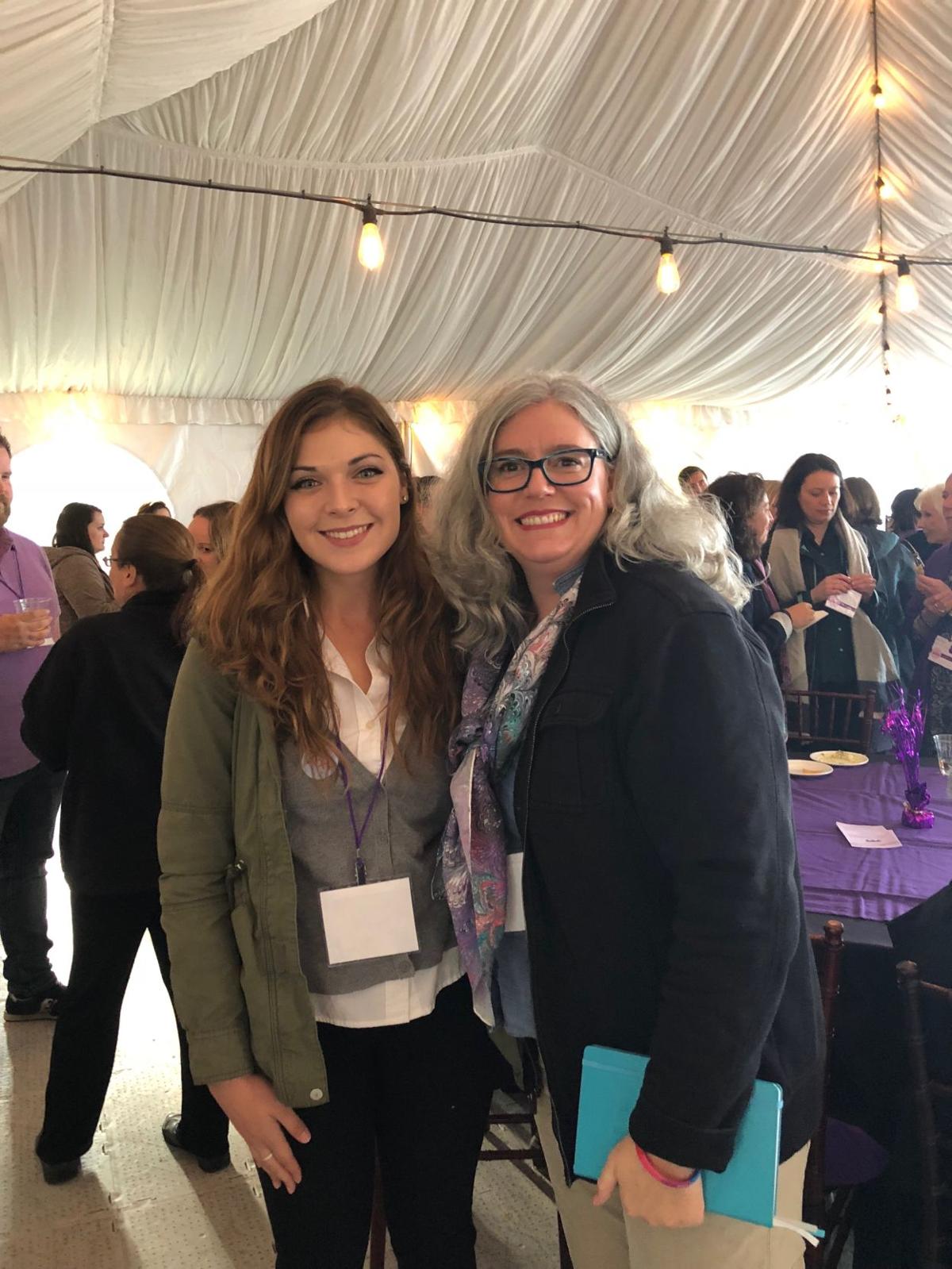 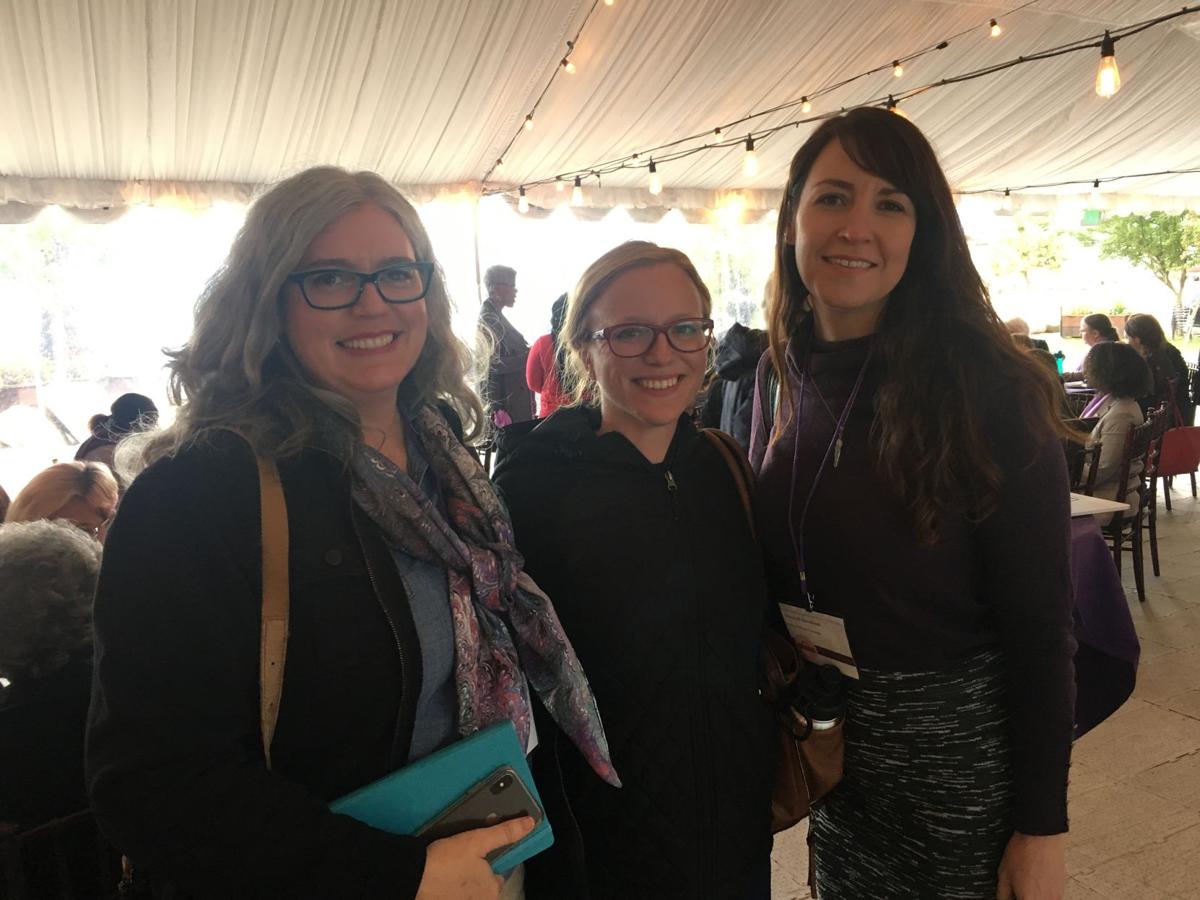 On behalf of the SERSCA Program at Stan State, I was able to accompany the Signal’s Advisor, Dr. Shannon Stevens, as her student research assistant on her Institutional Review Board (IRB) approved research to gather #MeToo stories from survivors of sexual harassment and assault, specifically those that occurred in academia, at a feminist conference in Nevada. At the conference, Stevens and her colleagues shared their own #MeToo stories during their panel, “Answering the #MeToo Call to Action on Campus: Making Our Stories Visible through Collective Creation and Action,” to surface their stories that have been covered up for far too long.

The Collection of #MeToo Stories

Dr. Dana Schowalter, a colleague of Stevens from Western Oregon University, said their job as applied, activist oriented feminist researchers caused their team to make adjustments early on in the Organization for the Study of Communication, Language and Gender (OSCLG) Conference in order to create a space that was comfortable for participants to be vulnerable and share their #MeToo stories in.

The rooms of the Beach Retreat and Lodge in South Lake Tahoe, Nevada, where the conference was held, were small, and we had to be prepared to receive multiple stories at one given time while ensuring participant’s confidentiality.

Stevens and Schowalter agreed that their research team worked “seamlessly” together to get the job done. There was collaboration on issues from where to conduct interviews to ensure the survivor would feel most safe to who would be greeting people at the door. Due to their previous experience with sexual harassment, in their professional and personal lives, each feminist researcher had a stake in the project, according to Schowalter.

“Through sharing our own narratives and our own experiences, we were able to create a safe space for other participants to come forward with their stories. Some of the stories we have gathered so far are things people haven’t been open about and shared widely before,” Schowalter said.

Schowalter added that her experience with sexual harassment allowed her to gain information that other researchers, she gave the example of a “white man who is detached,” would not have been able to gain had it not been for her vulnerability. The information that was conveyed by victims to each researcher was not shocking, Stevens said, and her own experience as a longtime supporter of victims of sexual harassment and assault and years of journalistic experience allowed her to be empathetic and understanding.

Stevens added that it was a rewarding experience to be vulnerable with participants and “make something productive out of something awful.” Both Stevens and Schowalter said it was challenging to have to relive with survivors the traumatic experiences they have been through, but it was an honor to be trusted with those stories.

The research conducted at the conference was focused on gathering #MeToo stories in a variety of ways to best fit the survivor’s level of comfortability. Schowalter had prepared consent agreements detailing the medium the survivor could choose, audio, visual or written documentation, as well as their rights to protection under IRB. I was responsible for advertising the information gathering sessions, setting up equipment and, at one point, taking notes on a victim sharing her #MeToo story with Schowalter.

Before the research had even begun, Stevens said she had missed the IRB board meeting at Stan State by three days to input her proposal for their research, however, the board accepted the proposal nonetheless because of its importance.

“The world needs to know that this stuff is happening in the place where they’re sending their children, where we’re supposed to be making the world a better place,” Stevens said.

Through the interviews, Schowalter added, they have learned that certain avenues meant to help victims of sexual harassment and assault have been distorted and work to “silence victims and to make their stories go away” instead of surfacing them.

Brookbank’s own experience with sexism in the workplace made her yet another qualified researcher on the project. Her story served as an encouragement to conference panel attendees to speak up.

“Two of the people who came and shared their stories with us told Dr. Schowalter that part of the reason that  they wanted to come and share their story was as a result of the story I shared at the panel about those little things that add up into something much larger that we should take just as seriously as we would take an instance of sexual harassment or assault or stalking,” Brookbank said.

Participants in the study will be given the final say on information that will be contributed within the research. “They have the power to control the narrative of their own lives and their own stories and their own experiences even as we gather and collect and sift through that data,” Schowalter said.

The researcher’s goals are to have all interviews done by this December to begin writing their report by the following January.

The OSCLG Panel: The Stories that Began the Search

Stevens, Schowalter and Brookbank’s research began with their presentation of their panel, “Answering the #MeToo Call to Action on Campus: Making Our Stories Visible through Collective Creation and Action,” on the first day of the conference.

At the conference, Showalter began the panel discussion by explaining her experience with sexual harassment and stalking during her graduate work, which caused her to have to turn down a prestigious fellowship given to her by the university she was working for at the time and eventually drove her to leave the institution.

She left to get away to a place where she could feel safe going to work. “The university was not doing much of anything to keep me safe,” Schowalter said.

However, even after leaving her university where the harasser was and the people that excused her harasser’s behavior still worked, she was anxious to attend other conferences for fear that she would have to face her harasser and the people who allowed the actions to persist.

After Schowalter had shared her story, Brookbank spoke to the panel attendees about the sexist comments she received from a male professor in her university workplace. The male professor for whom she was filling in for made a comment to her regarding her choice to wear jeans, not an uncommon choice of clothing for a professor, in front of the class she was about to teach.

She described the interaction as “demeaning” and “impactful.” Later on it became an informal movement to support women in her workplace by wearing jeans at their university, Brookbank said, to stand against the “everyday exhaustion of sexism.”

Brookbank said in an interview after the panel had taken place that the hardest thing for her was talking about an upsetting interaction she had that she feared would not be taken as seriously as a “clear-cut” case of sexual harassment or assault.

“I’ll tell someone, ‘A man said this thing to me that was offensive,’ and they’re like ‘What, why was that offensive? What’s wrong with you?’ So, that’s definitely something I, and I’m sure all women, have experienced when we try to give voice to these things that happen in our everyday lives,” Brookbank said.

After Brookbank’s story was shared, Fisher Bodkin and JMU lecturer Lese spoke about their campus’ feminist blog, Shout Out!, which gives feminist student’s the outlet to talk about their #MeToo stories anonymously without having to share their identities under the protection of the Family Educational Rights and Privacy Act (FERPA).

When “trolls” demanded to know who these students were that were writing these stories, Fisher Bodkin and Lese said the students were afforded protection to remain anonymous (though some wanted to put their real names on their story). “It felt good to actually use the system in place to protect student’s confidentiality,” Fisher Bodkin said.

For a few minutes, I was able to speak about the Signal’s reporting on Stan State student, faculty and staff responses to the #MeToo movement. I turned the panelist attendee’s attention to the team effort reporting on an issue of such magnitude takes as well as the various perspectives that were able to be incorporated into the story due to the efforts of our team. I told them that many faculty quoted in the article said that there was still more work to do in the institution’s responses to cases of sexual harassment and assault.

Eudey and Stevens, professors at Stan State, reiterated to the panel that there is more work to be done. “Public discourse is important,” Stevens said. “We need to flourish in these environments we have chosen.”

After advertising the research throughout the OSCLG conference over a two-day period and encouraging feminists from a variety of universities to share their stories after the panel had finished, three participants came forward to contribute their stories to Stevens, Schowalter and Brookbank’s research.

Schowalter announced their research endeavors at the business lunch on the second day of the conference, where many of the feminist scholars were gathered, in an attempt to solicit more participants. She assured the crowd that their stories would be completely confidential under the protection of their IRB commission.

Before this announcement was made, she said in an interview with me that there can be a hesitance felt by potential participants when speaking about an instance of sexual harassment or assault. Victims may fear retaliation or loss of their career if they choose to come forward with their story.

In that same interview, Schowalter said she hoped that by sharing more stories with people, more people will be encouraged to come forward to show how many people have been affected by acts of sexual harassment and assault.

Stevens added that there is a “chasm” filled with cases of sexual harassment and assault that she hopes will one day be an anomaly in society.

“There’s this huge space, and until we are able to find the strength to name what has happened, to name ourselves, to name the institutions where these things happened, hopefully to name the men that have perpetrated this upon us (and their allies be known), until that becomes real…it’s just not enough,” Stevens said.