You are the owner of this article.
Edit Article Add New Article
You have permission to edit this article.
Edit
News ▼
Arts & Entertainment ▼
Sports
La Letra Ñ ▼
Opinion ▼
E-Edition ▼
Archive
Multimedia ▼
About Us ▼
Share This
1 of 6 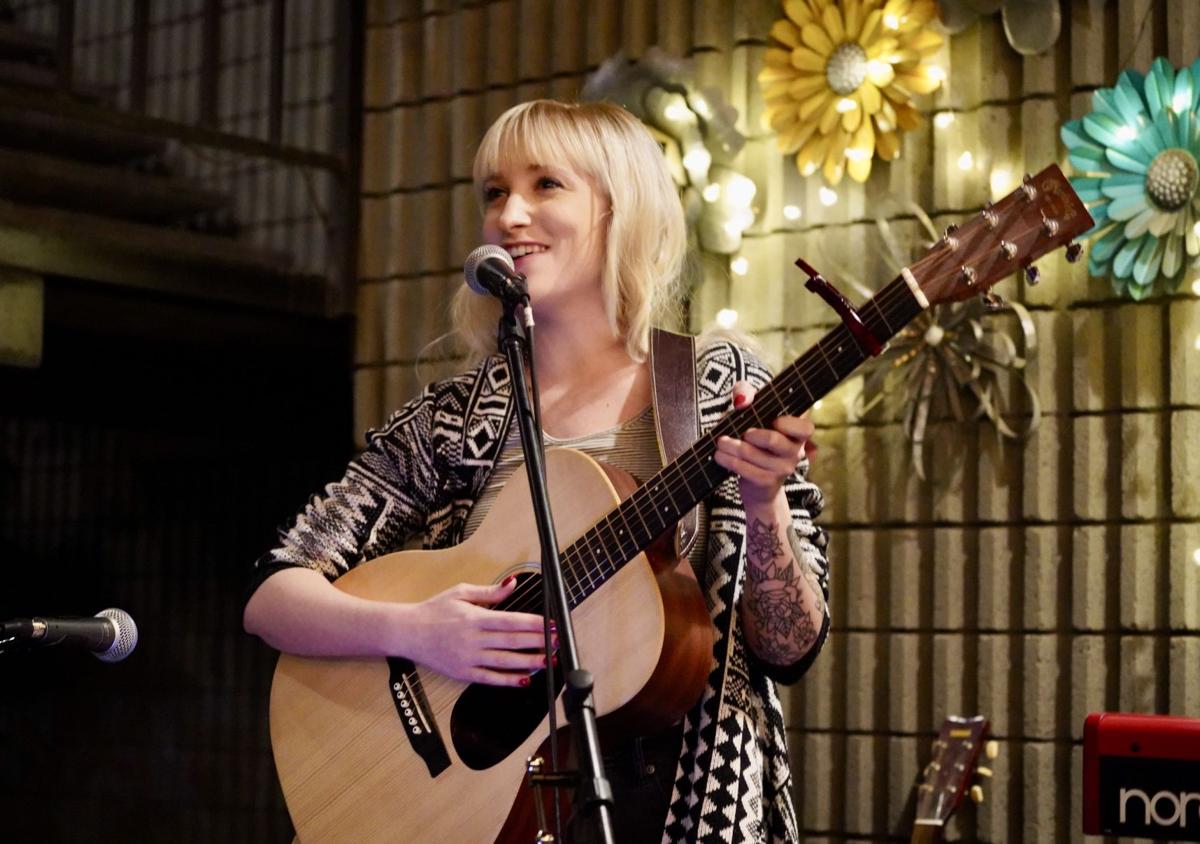 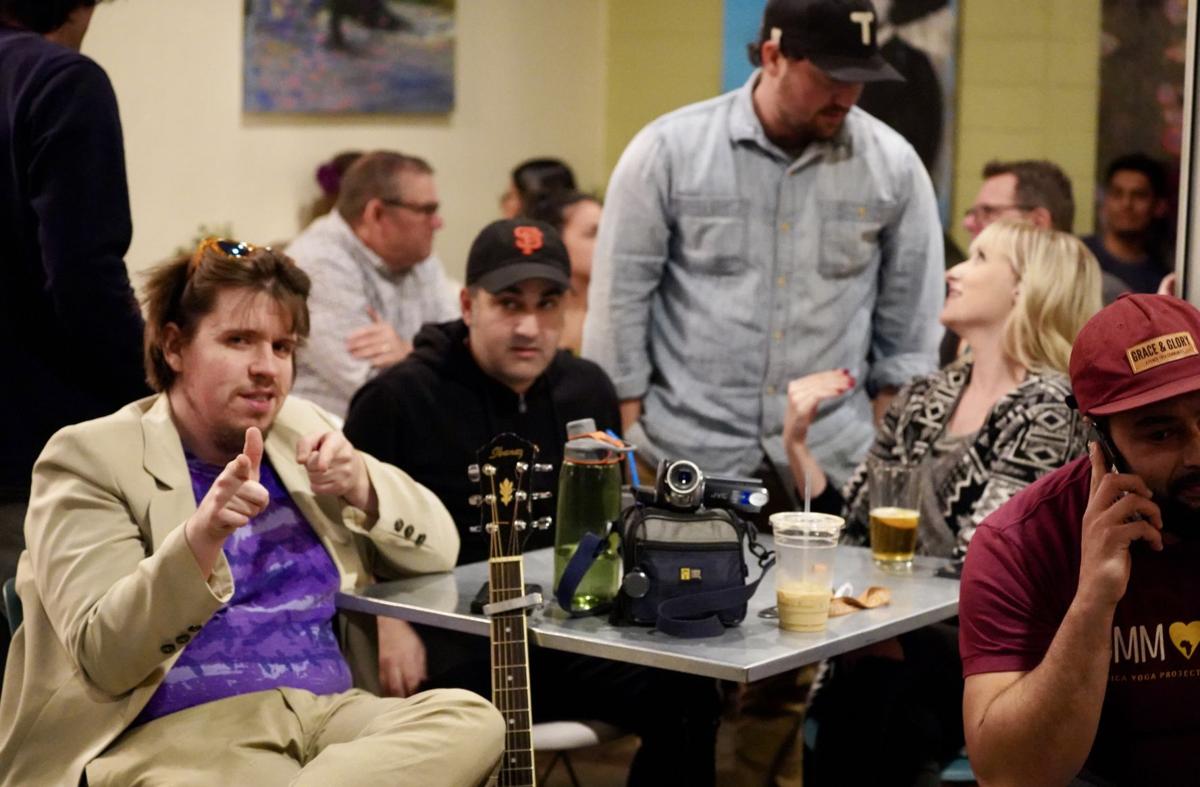 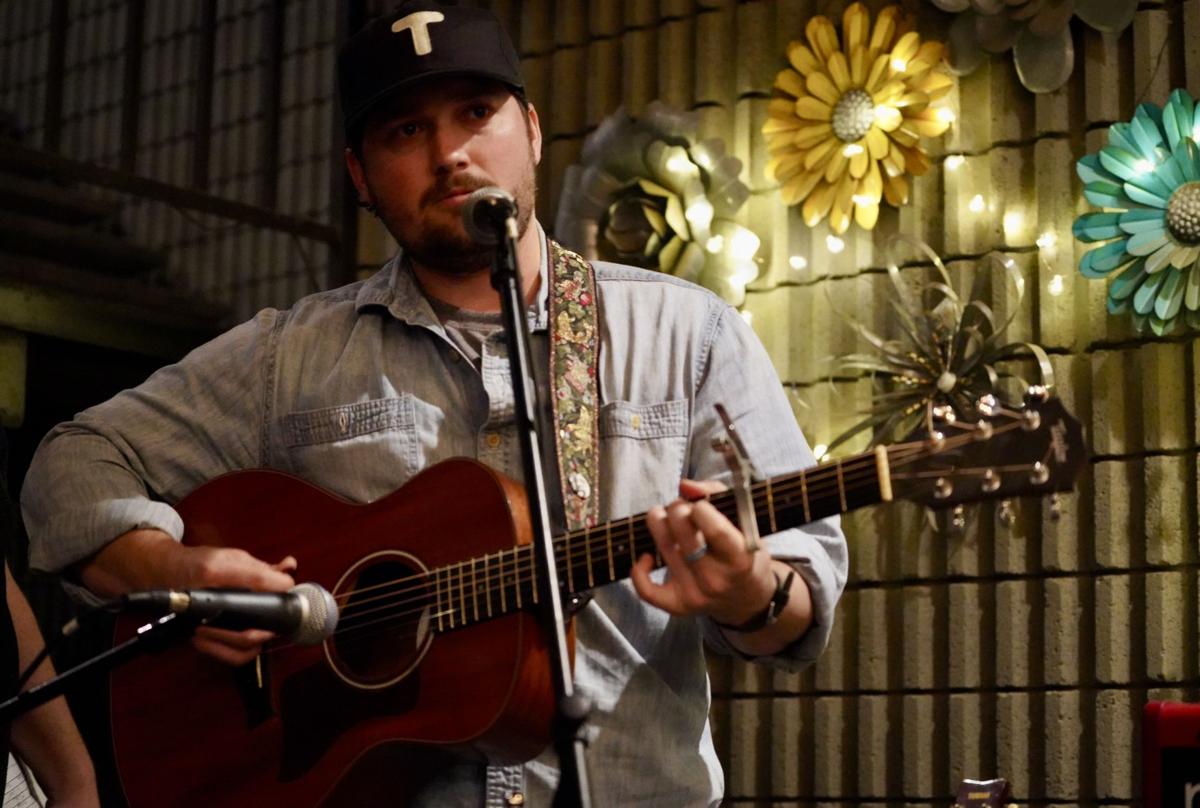 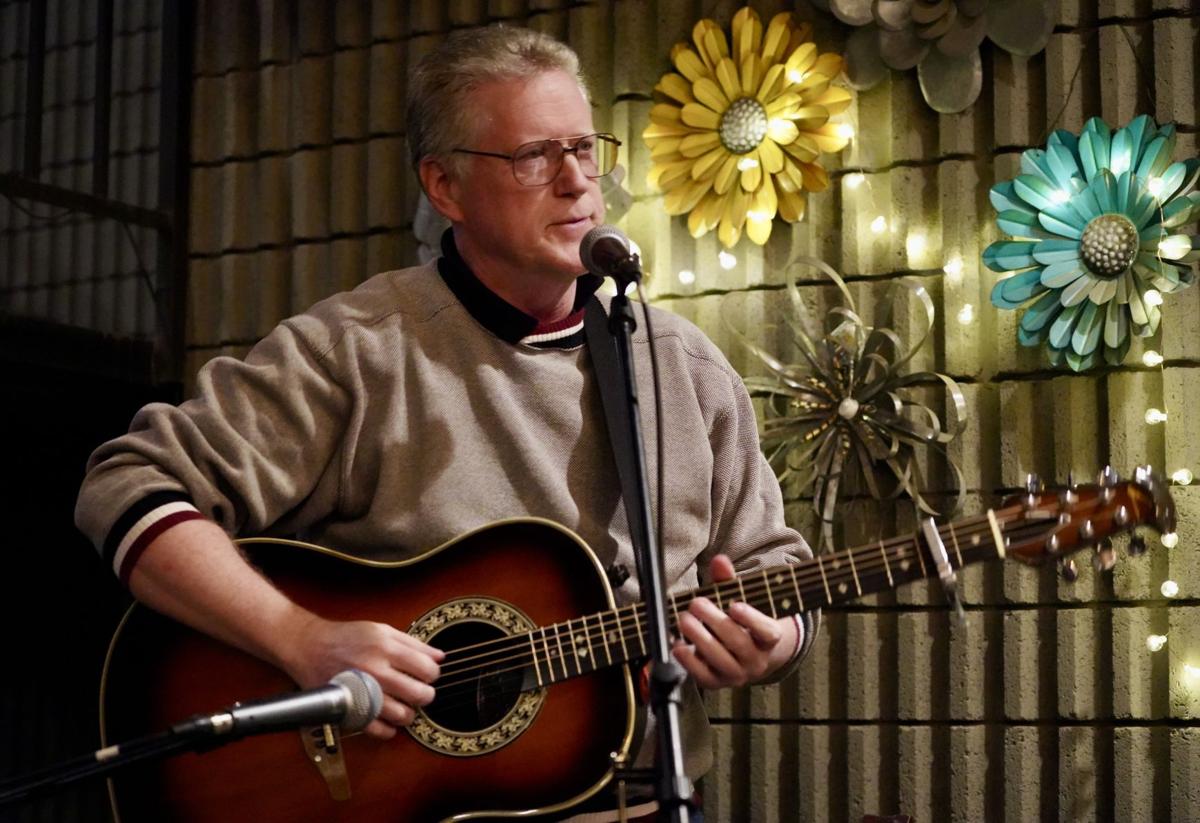 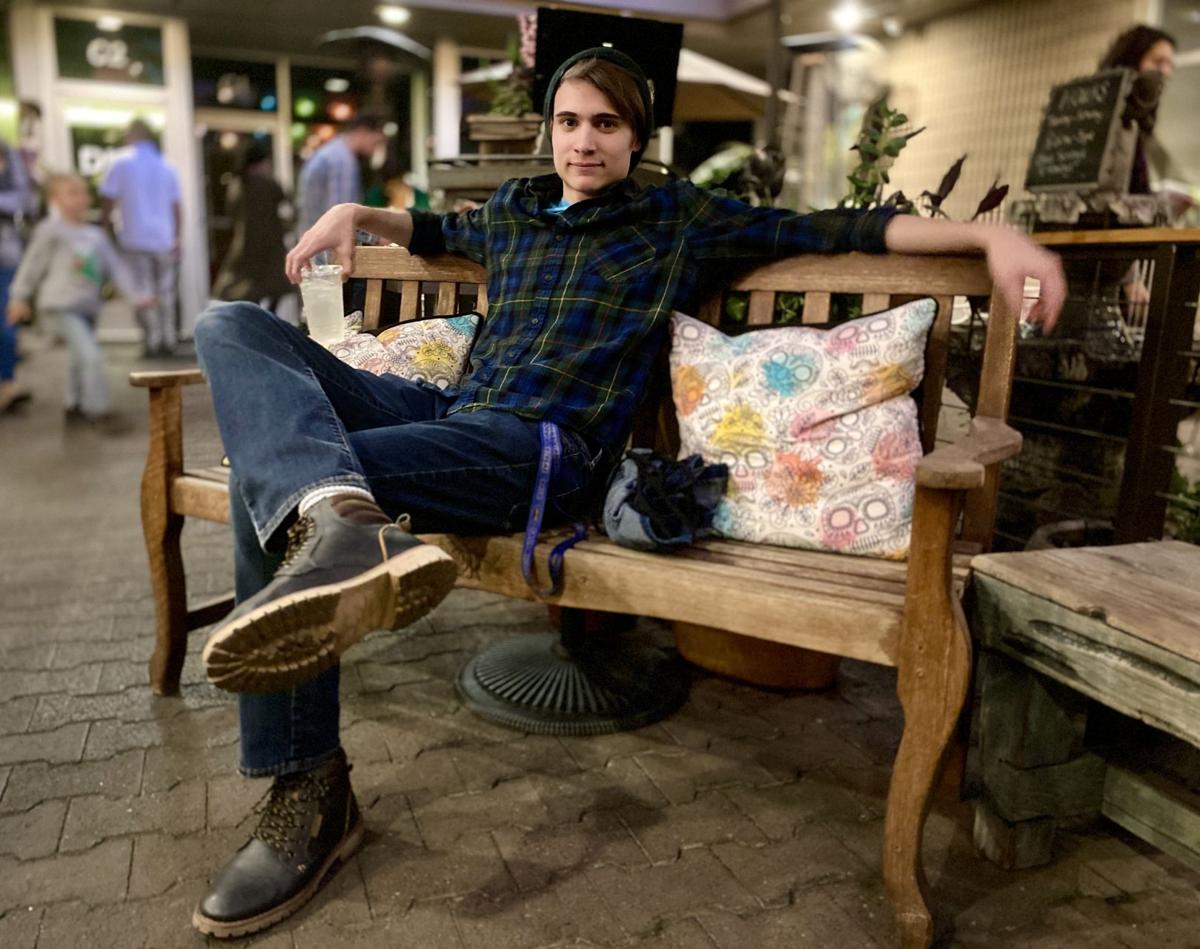 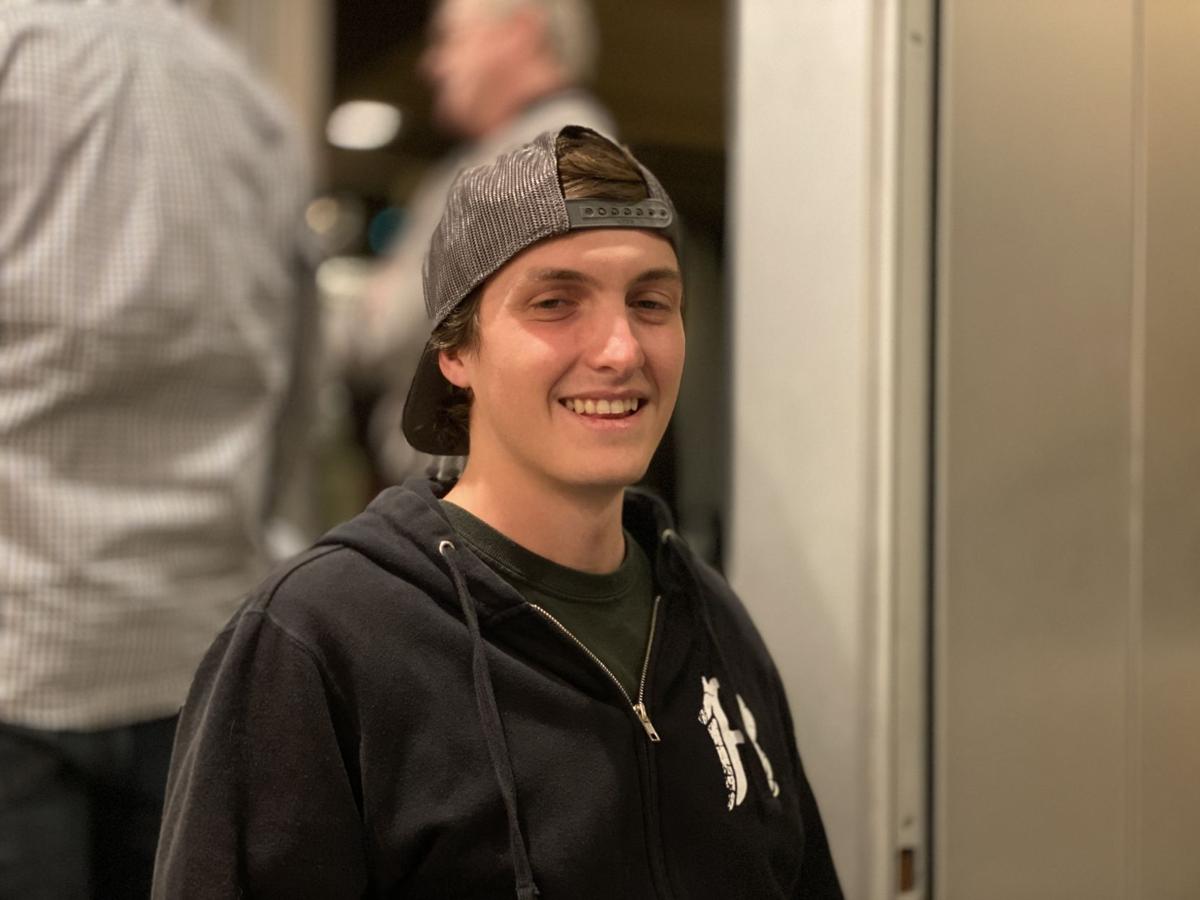 La Mo Cafe hosted an Open Mic Night in the heart of downtown Turlock. The family-owned coffee shop presented the Open Mic as a tribute to local musician, Carter Nelson. Many local artists displayed their musical talents throughout the evening in the bistro's warm and welcoming environment.

Former Pitman High School graduate Max “Payne” Martell is a local Turlock rapper and explained the meaning of his songs before performing them. “It's very sentimental. The first [song] is about struggles in life in general,” Martell stated.

“I am trying to achieve a record deal and put myself on the map...I have been there for four years and this is my passion,” Martell added.

Martell was confident and felt “very good” about his performance.

“There’s nothing better for me honestly than what I love to do,” Rykert said.

“It’s incredible, especially when people are singing along and enjoying themselves with us,” Fosmark added.

Rykert and Fosmark enjoyed singing together and loved the idea of the participating in an open mic event.

Local artist Dan Vallerand performed a song he wrote called “Friendship” and explained what the song means to him.

“It’s a song about the rise and fall of close friendships. I wrote it when I was about nineteen and I didn’t have a lot of friends and at the time, the running trend was that I really get close to somebody, but something weird, awkward or bad will happen. There is some weird event where the next thing you know, we drifted apart... it kills me inside because I grew up as a solidarity person and kind of a long guy. I need that close friendship, but it’s denied,” Vallerand explained.

“At the end, we become friends again and I chose it tonight in the spirit of what tonight has been about, Carter Nelson. A lot of his friends came together here to support this memorial show for him,” Vallerand added. "I still thought it’s appropriate to come up and give us a good reason why to come here. It’s friendship. We are here for love and we are here for friends. Good times and memories,” Vallerand concluded.

Trevor Wright, a local artist, covered two songs, “Long Black Veil” by Johnny Cash and “Don’t Let Go” by Jerry Garcia.  Wright also sang an original song, “Let Me Run.” Wright explained provided details about writing his song. “A girlfriend and I broke up. After that, we tried to get back together and that’s what happened. I was saying, 'Why are you letting me run?,'” Wright explained.

Wright sang on behalf of Carter Nelson, whom he tried to collaborate with. “Every time I saw the guy, he was saying ‘We need to perform together. You need to come out and perform with me,’ and he always has the guts to do it and I never did."

"Long Black Veil" was huge because it talks about someone crying over someone’s bones or loss of life, which is huge in this scenario where we are talking to Carter,”  Wright explained.

He sang, “Don’t Let Go” because of the need of being together, which relates to his friendship with Carter Nelson.

Local artist Megan Devasure sang an original song called “Your Not Mine.” Devasure later explained the meaning of the song. “The background of the song is over heartbreak and sadness,” Devasure said.

“It’s kind of Carole King inspired and [has] James Taylor input. I just sit there as I usually do when I write a song. I play around with the chords and I sing whatever comes in my mouth and if it sounds good, I write it down. If it makes sense, it goes around the story,” Devasure said.

Devasure described herself as being nervous because she hasn't performed in front of a live audience in a couple of years. “I was shaking the entire time. It was like an out of body experience. It’s been a couple years since I played in front of everybody. I am singing this sad song and it’s nice people are very supportive...I was trying to stay in tune and just stay on time when I was playing,” explained Devasure.

Brian Vanderbeek, staff member from Stan State, performed the song “Flagship” by Jason Isbell. He explained that he sang the song here because someone close to him challenged him to sing in public. “I have a son who lives in Brooklyn who is a singer-songwriter. He’s always doing open mics like this and he’s challenged me to go out and do this. I learned the song really well...and [I'll] have fun playing it tonight,” Vanderbeek said.

“The crowd was very warm and loving tonight. You can feel this warm spirit in this little basement. This is the first time I ever played here. This is remarkable. You can feel the love of this person you have no idea who it was,” Vanderbeek added.

With the aroma of coffee filling the air through the night, some people enjoyed their time as just members of the audience. One of the audience members were Modesto Junior College students Issac Wright and Jakob Mikkeson.

Issac Wright said that this is his first time watching the open mic and was excited to see local talent. “I think it’s going to give me an entertaining night where I am going to see people I know performing. I am going to enjoy myself because I like music,” Wright enthusiastically said.

“I'm hoping to see some hidden talent that I didn’t know about. I am ready to be pleasantly surprised,” Wright stated.

Jakob Mikkeson didn't have any major expectations, however he came to support his friend, local rapper Max “Payne” Martell. Mikkeson assisted in writing one of Martell's songs.

“Sometimes, we worked on some stuff together a little bit. One time, he came over with a song he just wrote and I just kinda came up with the chords to match it to kind of support his rapping. That’s what we have done so far,” Mikkeson stated.

Mikkeson and Martell attended Pitman High School together, where Martell discovered his passion for rapping.

Wayman Strickland, the head coach of the Stan State women’s basketball team, attended the event and thinks it brings the local community together. “It’s great to come out and celebrate Carter’s life and just have the community to come together and embrace a family,” Strickland said.

“It’s a wonderful event. We have lots of people come out and sing...some of the singers have beautiful voices and everyone has the ability to sing...it’s a really good, loving event,” Strickland added.

As local artists sing throughout the night, the customers enjoy their brewed lattes, alcoholic beverages, and free salsa chips, while listening to the talent that is being brought before them.

Some of Thursday night's performers promote their work on Soundcloud, and the links can be found below:

If you ever decide to attend an open mic night at La Mo Cafe, you are sure to enjoy your experience. Reservations are also accepted throughout the restaurant. For more information, contact La Mo below.