Skip to main content
You are the owner of this article.
Edit Article Add New Article
You have permission to edit this article.
Edit
News ▼
Arts & Entertainment ▼
Sports
La Letra Ñ ▼
Opinion ▼
E-Edition ▼
Archive
Multimedia ▼
About us
Share This 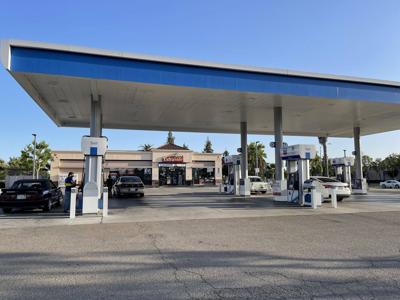 As many community members have noticed, gas prices have steadily increased in the past few months. Every person has their own ways to deal with the situation, so the Signal took a tour around the Stanislaus State Turlock campus to discuss the issue.

“I think it’s crazy that the gas price is keep going up and we still have to continue doing life as if nothing is happening. Unfortunately for me, I still have to adapt to those prices whether I like it or not to make it to work every day,” said staff member Michelle Ceja.

“I’ve been trying to ride my bike as much as possible so I don’t have to spend as much to fill up my tank,” she said.

Stan State student Devan Culpepper explained that she is someone who drives a lot, tallying up 150 miles a day for her commute. She pointed out how she usually paid around $50 in the past whereas now she has to pay around $65 to fill her tank. She believes that gas cards can help in some situations.

Mike Barnett, who is a gardening specialist at State, said that he drives a big truck, and he hates how much he spends to fill up his tank. He has considered switching to an electric vehicle.

Nevertheless, not everyone can afford alternatives like electric vehicles, even if prices slowly drop due to more and more of them being produced by automotive companies.

The gas pricing has really affected some students, but there’s really nothing anyone could do other than just limit their driving and try to save the gas as much as they can.

My Major is Creative Media.