You are the owner of this article.
Edit Article Add New Article
You have permission to edit this article.
Edit
News ▼
Arts & Entertainment ▼
Sports
La Letra Ñ ▼
Opinion ▼
E-Edition ▼
Archive
Multimedia ▼
About Us ▼
Share This
1 of 5 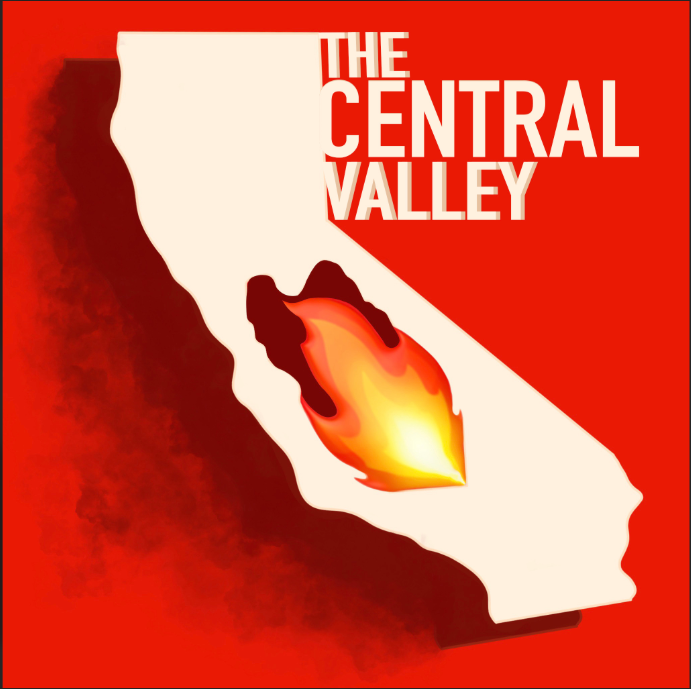 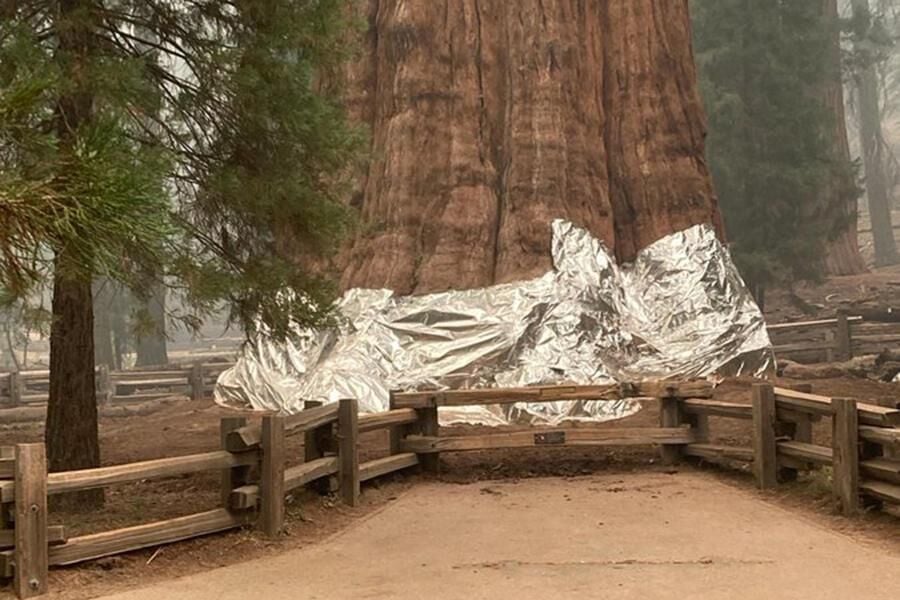 Firefighters Protect Largest Tree in the World, the General Sherman Tree, With Fire Resistant Tin Foil in Anticipation of the Advance of the KNP Complex Fire. (Courtesy of San Francisco Chronicle's Twitter - @sfchronicle) 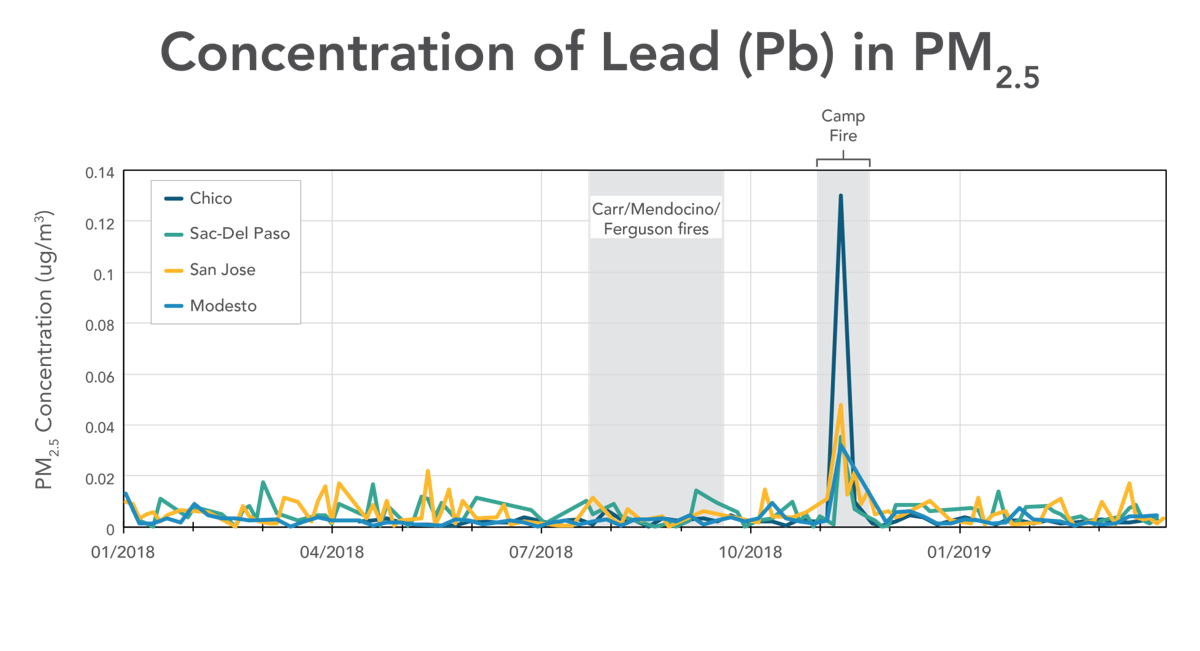 Deadly Amounts of Lead Found in Central Valley After Smoke Contamination From the Camp Fire in 2018. (Courtesy of California Air Resources Board, CA.gov) 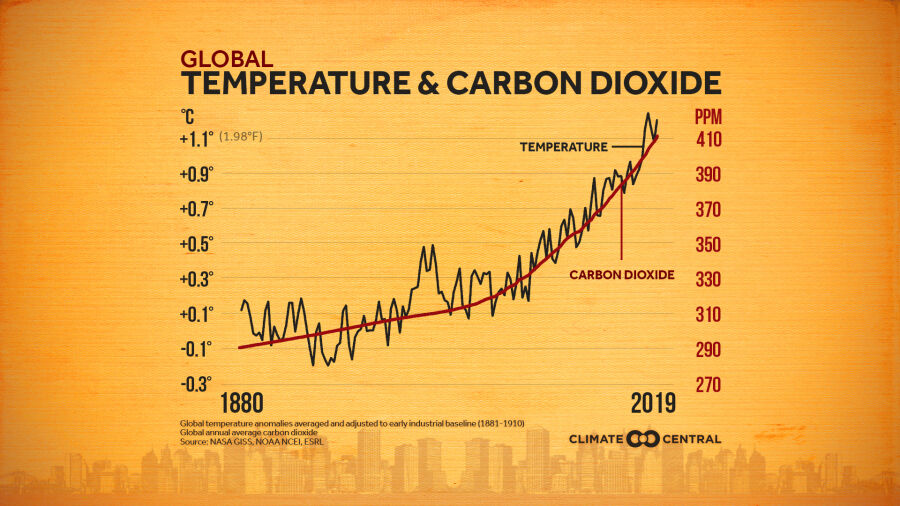 Chart Displaying the Correlation Between Rise in CO2 Levels and Temperature In the Last Century. (Courtesy of ClimateCentral.org) 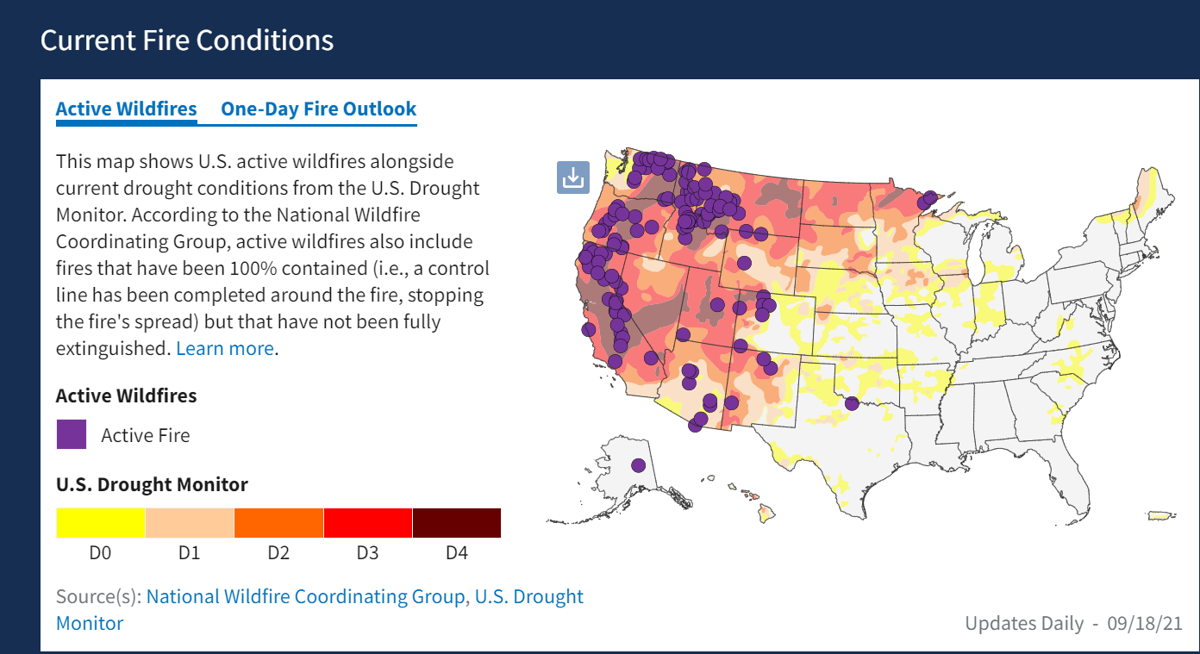 It doesn't seem like wildfires are going away anytime soon. More than 4.1 million acres of Californian land burned as a result of wildfires in 2020, doubling the previous record. Over 2.2 million acres have already been burned in California this year, but the fire season is far from over.

In the past two years, California has had six of its seven single largest wildfires on record. The largest single wildfire in California history, the Dixie fire, is currently roaring across five counties, two national forests and a national park just east of Chico.

As fires get larger, so does the amount of tax dollars Californians pay to fight them. California’s 1982 budget for fighting wildfires was $8.6 million. The budget has ballooned to $1.3 billion in 2020, according to the California Department of Forestry and Fire Protection. This is a 16,150% increase to match the realities of larger and more frequent wildfires.

To add to the severity, these wildfires aren’t simply getting larger and more frequent, they are burning for longer. In a new study published in August from the scientific organization Climate Central, more than two months of fire season has been added in the San Joaquin Valley — a 269% increase since 1973.

Today, more than 9,900 personnel remain assigned to 12 active large wildfires. To date, more than 2.29 million acres have burned statewide. Get the latest on these incidents at: https://t.co/hcqtFr9HLX pic.twitter.com/oMGBWmezLO

Some students at Stanislaus State have felt the change in weather. Emily Ros (sophomore, Psychology) was planning on taking a trip that was in the works since last year before fires derailed her plans.

“I was going to take a trip to Lake Tahoe, but then I found out about all the fires,” Ros said.

She said the news was devastating and that, combined with the issues of Covid-19, it felt like the disasters would never end.

A new wildfire, the KNP Complex Fire, is knocking on the door of Sequoia National Park, home to the largest trees in the world. At 0% containment as of September 18, the uncontrolled fire could very well destroy parts of the ancient forest in the near future.

The wildfires have wreaked devastation on the people who live in the foothills and mountains, as seen in the Caldor Fire today and in the near complete destruction of the town of Paradise by the Camp Fire in 2018. While this devastation of the foothills is easily visible, a more sinister danger threatens the Central Valley.

Complications arise when wildfires burn more than just forests. In recent times expansive wildfires have encroached into urban and suburban areas. The burning of building materials, plastics, and man-made chemical compounds lead to deadly concoctions of toxic gasses and metals that have the ability to travel large distances.

Toxic levels of lead found in wildfire smoke from the Camp Fire of 2018 were found as far away as 150 miles from the source in Modesto, according to a recent study by The California Air Resources Board. Chico had the highest levels of lead measured 50 times higher than the average reading while the Modesto area also had very high levels, according to the study.

Exposure to lead has been found to cause cancer in adults and severely impact the development of children, even in very small levels of exposure. The children of the Central Valley are well within range of the fires that encircle them. Therefore, Californians may want to be mindful of not just how large the fires are, but what materials they are burning.

Dr. Alison McNally is a professor and researcher of geography at Stan State and is an expert in the field of changing environments in California. As a Warrior alumna herself and growing up in the foothill town of Sonora, McNally became fascinated with human-environmental relationships at an early age.

The professor attributes the drastic change in the condition of wildfires to the unique environmental conditions the Central Valley finds itself in.

For starters, California is situated right in the middle of a high pressure atmospheric system.

“As we get warmer temperatures, our atmosphere warms, and the capacity for it to hold moisture increases… it's going to be a thirsty atmosphere, which means it’s going to pull water out of vegetation,” explained McNally. “This increases the conditions that are really ripe for a catastrophic forest fire.”

Thanks to #ClimateChange, a dry future is likely unavoidable for the U.S. Southwest - but reducing greenhouse gases can still help, according to a recent @NASAEarth study sponsored by @NOAA_MAPP and @DroughtGov. https://t.co/cwNJWUHEqS pic.twitter.com/v19e7QsJT8

California’s thirsty atmosphere has sapped the Central Valley. The United States Drought Monitor has labeled the entirety of the Central Valley region to be facing exceptional drought conditions, the highest categorical level, compared to only 3% of California experiencing the same conditions in 2020.

This drastic rise in extreme and exceptional drought conditions will only add fuel to the wildfires that ravage the state. Therefore, it is expected that the rate and size of wildfires to not only continue to increase over the near future, but to increase dramatically.

Dr. David Colnic is the department chair of the political science department at Stan State and an expert in the field of environmental policy in the western United States. Colnic suggested that we must be realistic regarding the limitations to the United State’s current policy making procedures because it is “dominated” by gridlock.

Colnic stated that the most effective way to limit the effects of climate change would be more state level measures.

“More states should act like California with more administrative rules, more attention from executive orders, and a tax policy that begins to move away from fossil fuels to other sources,” Colnic said. “It’s patchwork, but it’s our best hope. It’s incremental, but that’s how we’ve made policy for the last 30 years.”

California’s state government is a prime example to the rest of the country on how patchwork measures can be successful in the absence of national climate change legislation. For example, Governor Gavin Newsom issued an executive order in 2020 to transition to zero emission vehicles by 2035 and the state legislature has passed SB 350 and SB100 in 2018, which aims to transition all electricity production to carbon-free sources by 2045.

However, the success that California’s state government has had passing laws to eliminate the carbon footprint from industry will hardly have an effect in reducing temperatures short to mid term. This is because carbon bio-emissions from continuously increasing wildfires are expected to increase by 46-70% in California by the mid-21st century.

Also, the Intergovernmental Panel on Climate Change released a report this year detailing how global temperatures are slated to continue to rise until 2050; a direct result of the damage to the atmosphere that has already been done. Climate change on a global scale has effectively become a car with faulty brakes rolling down the side of a cliff.

The only question left: Is humanity going to reduce emissions enough to eventually stop the rise of temperatures? Or are we forever doomed to endure the political tribalism of the present?

The answer will determine whether the people of the Central Valley will continue to experience the deadly consequences of wildfires.

To better protect you and your family in the short-term, refer to Steven Gaxiola’s story on how to monitor air quality warnings and what preventative measures you can take before air quality becomes more unhealthy from wildfire smoke. To receive up-to-date information on the status of California wildfires, visit the California Fire website and follow their social media accounts.

Fuel reduction treatments in South Lake Tahoe made a significant difference when the #Caldorfire entered the #LakeTahoe basin. Collaboration between 21 partners, including CAL FIRE, through the Tahoe Fire and Fuels Team made this work possible pic.twitter.com/VRsagsmM0N

Our firefighters have done incredible work this year and local communities are taking the time to recognize their efforts. #ThankYouFirefighters

I'm into movies, hiking, history, and sports. Go check me out on Twitter where I try to stay up to date on current events.