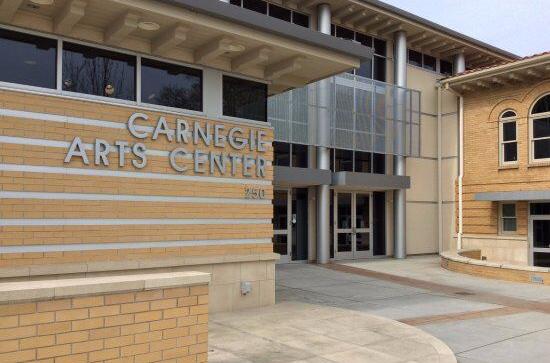 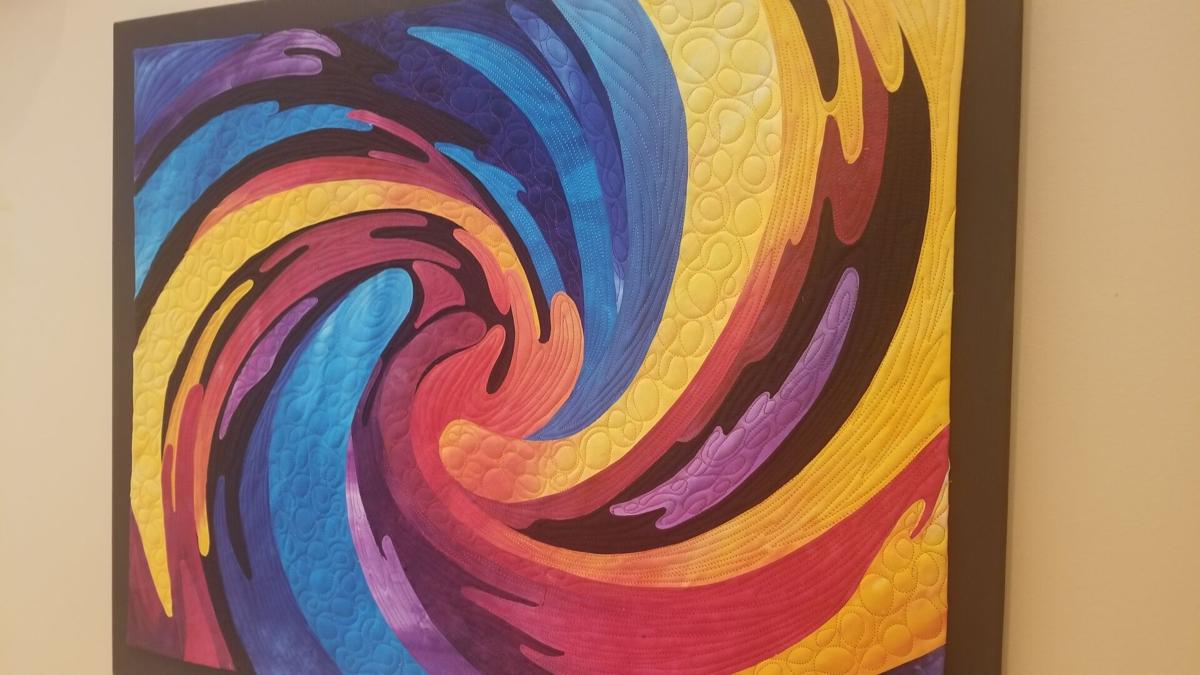 The piece Vortex by Marjon Kluepfel 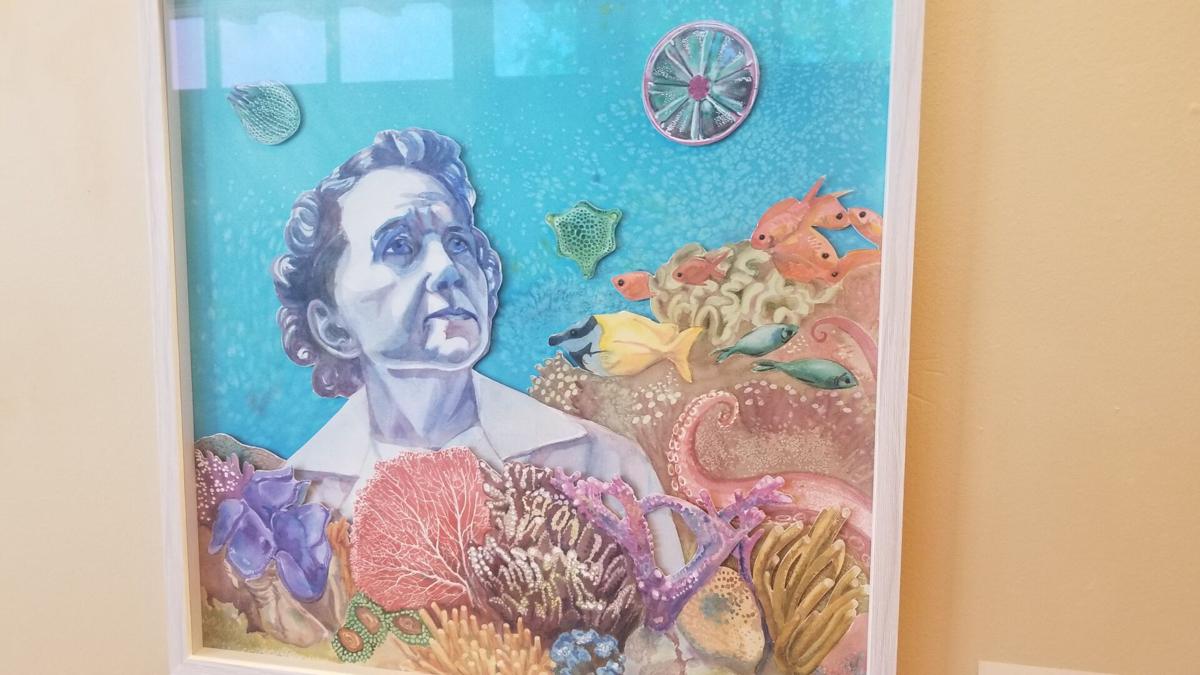 Rachel Under the Sea by Linda Knoll. 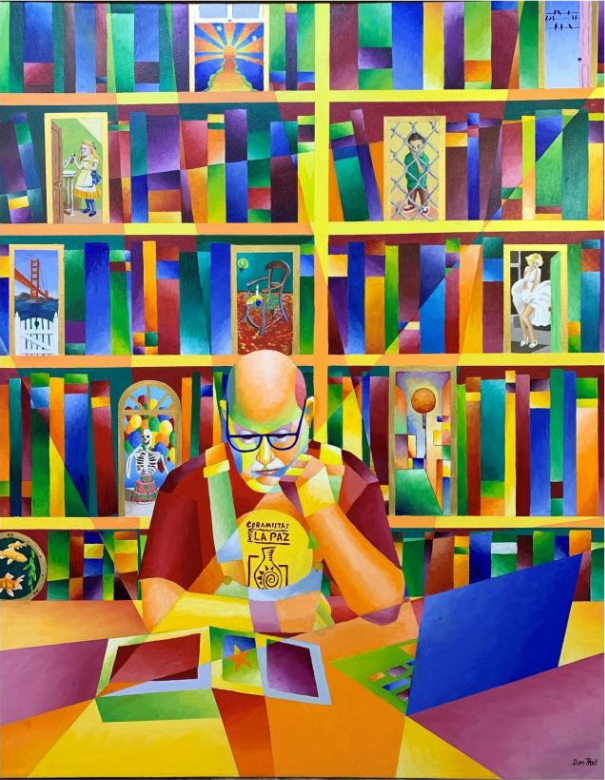 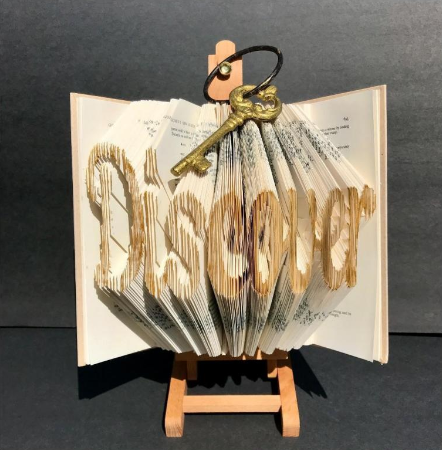 Key to Discovery by David Narbona. 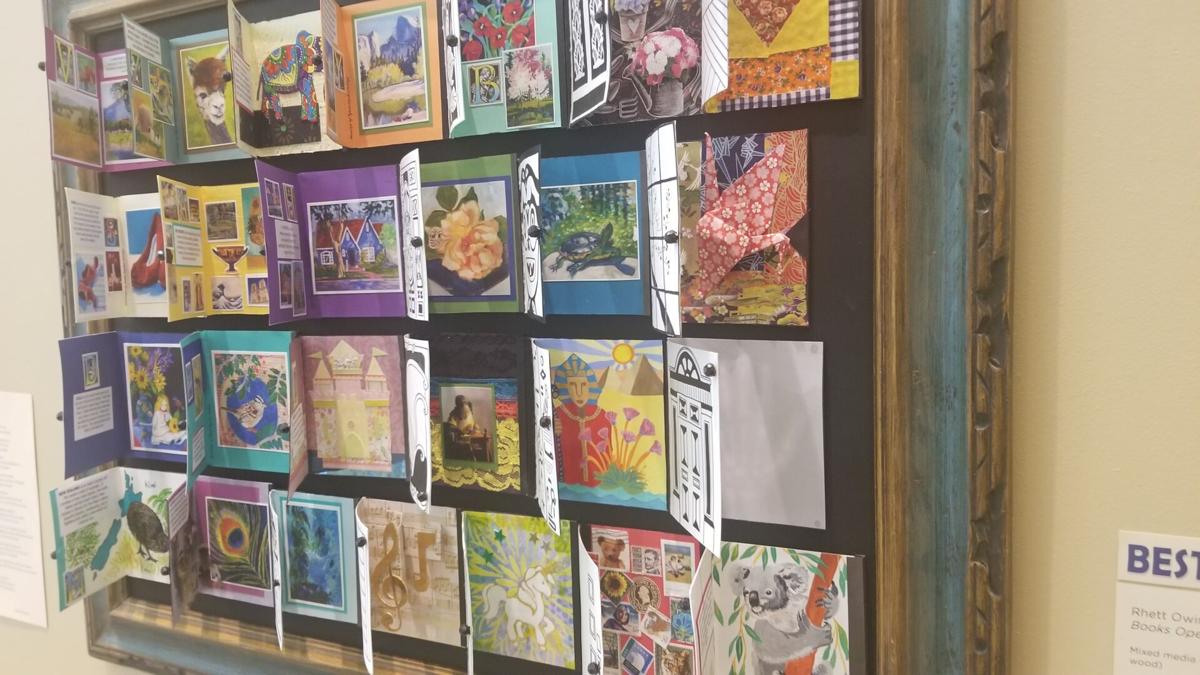 In celebrating the renovations for Turlock’s public library, Carnegie Arts has begun their Opening Doors exhibition. Throughout the building is a showcasing of works submitted by local artists and members of the community celebrating the new library.

Each of the pieces shown was submitted as part of the art competition hosted by Carnegie Arts and was jointly sponsored by Friends of the Turlock Public Library.

Anyone within the local area was encouraged to participate, with almost no limits on the mediums allowed, leading to a large variety of pieces and themes. The submitted works were then judged and awarded.

Maggie Gonzales, the membership and programs coordinator who also assisted with installing the exhibition, noted how important the variety of mediums was.

“Having limits on what types of artworks are accepted always makes people a little bit iffy, but having a nice broad theme and accepting all forms of media makes a juried exhibition more welcoming,” Gonzalez explained.

The project meant to highlight how libraries can be used to enrich the lives of those in the community. A library can "open doors" to new places by bringing people together and allowing them to experience new worlds through literature. By leaving the focus up to interpretation, the project gave the artists a lot of freedom with what they could do with their talents and imagination.

Helped by the openness of the mediums, it’s clear all the artists had different ideas they wanted to tackle.

Examples like "Vortex," a piece made of hand-dyed, quilted fabric by Marjon Kluepfel, depicts a swirling of colors all coming towards the center. The warm and inviting colors draw the attention of the viewer that pull you into a comforting place, just like the library.

Another unique piece was a watercolor titled "Rachel Under the Sea" by Linda Knoll. It is a piece made in honor of Rachel Carson’s book, The Sea Around Us. Knoll uses a warm and calming color pallet to capture the beauty of the ocean. She paints a picture of Carson herself within this environment, tying the piece to her book which opens the readers into a beautiful description of the sea.

Don Hall’s piece, "Self-Portrait Reading," is another notable feature of the exhibition. It's an acrylic depiction of Hall himself reading a book within the library. In his statement that was included with the painting, he says, “My painting is a personal exploration of the idea that opening books, like opening doors, can lead to an infinite world of experiences.”

The piece’s wide color scheme keeps the viewer engaged, inviting you to look closer. The book Hall is reading is layered in several different colors, with the lines separating each layer, drawing the eye from one side of the painting to the other. As you scan the painting, you see the many open books that act as gateways to different locations and worlds. The piece is one of the several in the show that received an Award of Merit.

Another impressive creation submitted was a mixed media piece named "Key to Discovery." It was made by David Narbona, who created it from the folded pages of a book. Framed by the bindings of the book itself, each page comes together to form the massive words “DISCOVERY,” with a key resting on top. It highlights a hidden potential between the pages of the books we have yet to read.

All the pieces featured in the exhibit were great, but one stood out the most. Rhett Regina Owings’ "Books Open Doors" was awarded Best of Show.

"Books Open Doors" is a mixed media creation made with paper, paint, cloth, foam, and wood. It’s formed of 26 ink drawings that were inspired from real doors from different parts of the world, with each having a cloth binding and black bead for the door knob. Owings writes in her statements, “Using a door drawing as a cover, I created a book to match a letter from the alphabet. For example A for ART HISTORY, C for CASTLE, etc. I included a short paragraph describing the alphabet letter subject.”

The piece is made to be interactive, so viewers can open and look into the different worlds on the other side. “I tried to imagine a student doing research in the library and the fun things they might discover in those library books,” Owings writes. It is a very unique and inviting way to let the viewers engage in the idea of “Opening Doors” within a library.

These are only a small portion of the works on display right now at the Carnegie Arts Center. There are many pieces by other talented artists, including photographs, watercolors, sculptures, prints, oils, and many more, with each one put together by someone within the community who truly cares about the local library.

“Libraries are so important to the communities, so it’s really nice to have a community juried exhibition that our local artists had the opportunity to join,” Gonzales said.

For those who wish to see these pieces and more for themselves, the showing is open to the public and viewable until August 1.

As for those unable to go, they also have the exhibition accessible through their online virtual gallery. It includes every work shown along with their artist's comments.