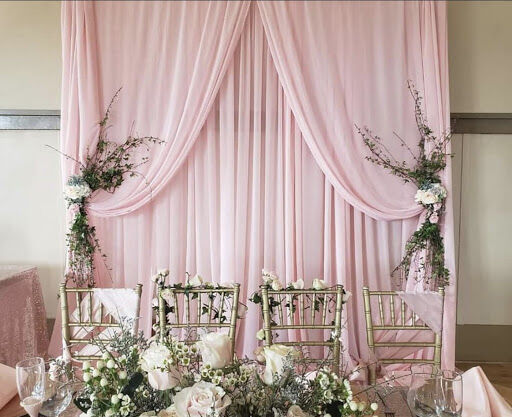 An in-home wedding setup in Morgan Hill, CA by @dpartyeventservices. 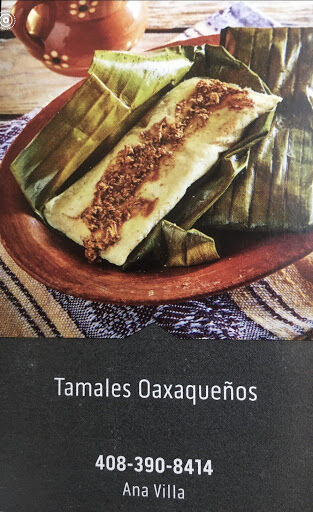 There are small businesses like home-bases businesses and street vendors that don’t have an established location and event planners who no longer have many events to plan for.

Ana Guzman, a single mother of three, shared her story of how she accidentally started her business of selling her homemade tamales.

“The tamales were never supposed to be a business, Guzman said. “At the time, my husband had been unexpectedly imprisoned, I was carrying a delicate pregnancy with two other kids, I couldn’t work, and I was homeless. I offered to sell a family from my church tamales and a week later a friend of theirs called to ask to see if they could place an order.”

The church saw her determination to make the best of the situation she had been dealt and encouraged her to sell on Wednesday and Fridays after church services. When the pandemic came around and most businesses were forced to shut down, it was a hard blow.

“In the beginning [of the pandemic], I remember being lost. The tamales were bringing in income and suddenly, everyone was forced to stay home and the church shut down, so I started selling from home,” Guzman said.

Guzman was able to quickly put herself back in business after having her daughter teach her how to use apps like Zelle and Venmo. Not only did the online services help her receive payment without having to put her safety at risk, these services also allowed her to spread her business out.

Quickly, she was able to implement social distancing methods to avoid crowds in front of her house. Guzman believes that one of the best ways to support small businesses like hers is to simply share business cards.

Another type of small business that has had to make unique adjustments to the pandemic is the event planning industry, particularly those based locally.

Before the pandemic, we were able to have parties whenever we wanted, but now we’re recommended to not come within 6 feet of each other. It is difficult for this industry to function when there are little or no events to plan.

One local event planning business is made up by Laura and Carlos Rojas and their two children, Carlos Jr. and Valeria Rojas. They began their business a few years ago after struggling to make ends meet. “Even though Carlos and I were both working jobs here and there, we weren’t able to find stable jobs due to our legal status in the US,” Laura explained.

A friend then told them about catering for a party service that paid well and suggested they try it out.

“When we did the catering job, Carlos and I went home [and] joked about starting our own small catering business… I think we knew we wanted to start catering when we visited a warehouse on a whim and saw they had a closing out sale. We threw in our savings and gave the business all we had,” Laura said.

From that day forward, the family started doing small events for distant family members and slowly began serving members of their church, just as Guzman did.

“I think it was a little blessing from God that, when we started out, a lot of the girls in our church were turning 15 and needed someone to cater for [their quinceañeras]. We didn’t fully become a party planning service until one of the families asked us about possibly decorating for them. I think after that we did both and it’s allowed us to live comfortably,” Laura explained.

When the pandemic came and with social gatherings no longer being allowed, the family was hit hard as their business was their only source of income.

At first, Carlos and Laura resorted to selling plates of food from their home and working for Doordash. When many of the state restrictions began to be lifted, local families encouraged them to start doing events again, but at reduced sizes. They are now planning events of around 30 to 50 people as long as hosts comply with the social distancing rules they have in place. The family has also offered discounts on party packages and started reserving dates for 2021 and 2022.

When asked about the best ways to support local businesses like theirs, Laura said, “I think that following the rules is the best way to help. Wear your mask [and] social distance. It’ll help lower cases and allow us to get back to normal sooner.”

For more information about their services check out their Instagram @dpartyeventservices and their phone number for business inquiries is (408) 849-6015.

Lastly, the ice cream men that pass through our neighborhood with the catchy ringing bells we recognize anywhere are also struggling during these times.

Jorge Aleman, father of Maybelline Aleman, a first-year student studying Spanish at Stan State, sold paletas (popsicles) to get her through college. As a construction worker, Jorge saw that one job wouldn’t cut it when it came to helping pay for her college tuition.

Aleman explained that he got the idea of selling popsicles from a fellow coworker who was also struggling to afford tuition for his daughter. He advised that it gave him enough money to start making payments.

“On the weekends I [was] free [from working my regular job]. I covered 5 to 7 miles on both Saturday and Sunday in the afternoon because most families were generally home and are preparing for the start of the week, so it meant more buyers,” Aleman explained.

Aleman’s side job was put on pause in March because of the shelter-in-place order that was implemented across the state.

As he ventured out and started selling again, Aleman noticed that people were less willing to buy because of the interaction involved. He learned that wearing gloves and a mask helped put people’s mind at ease. Although his income was cut in half, he was able to find customers that would buy popsicles every day, which carried him through the quarantine period.

It seems that as restrictions lifted there was more hope for buyers, but as winter months approached, business has declined again. Nevertheless, Aleman will continue to push forward.

“I’ll keep selling paletas and hope for the best. I tell myself the pandemic won’t be forever,” he said.

Small businesses have had a rough couple of months because of the ongoing pandemic, but their determination to make a living has not waivered.