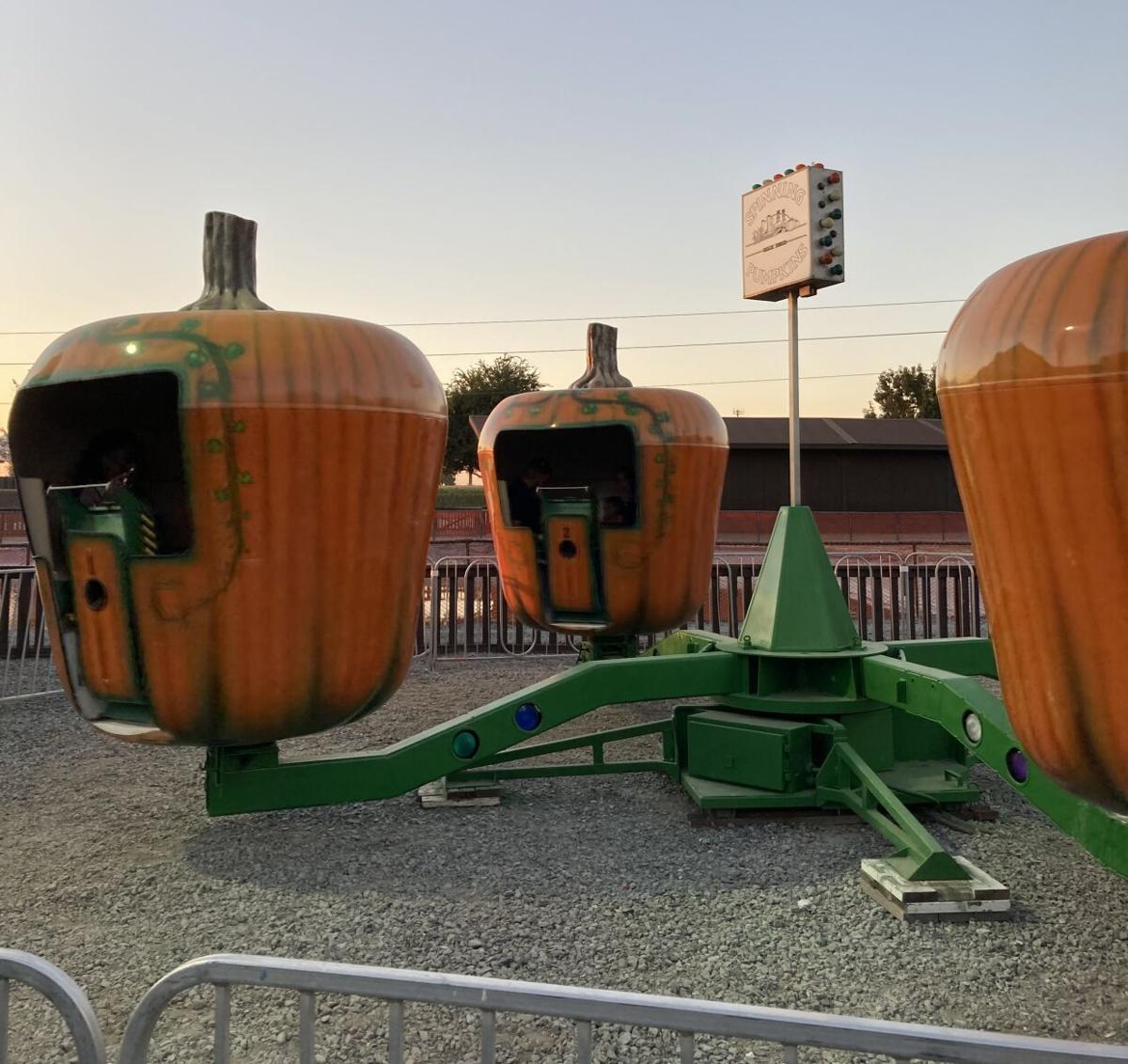 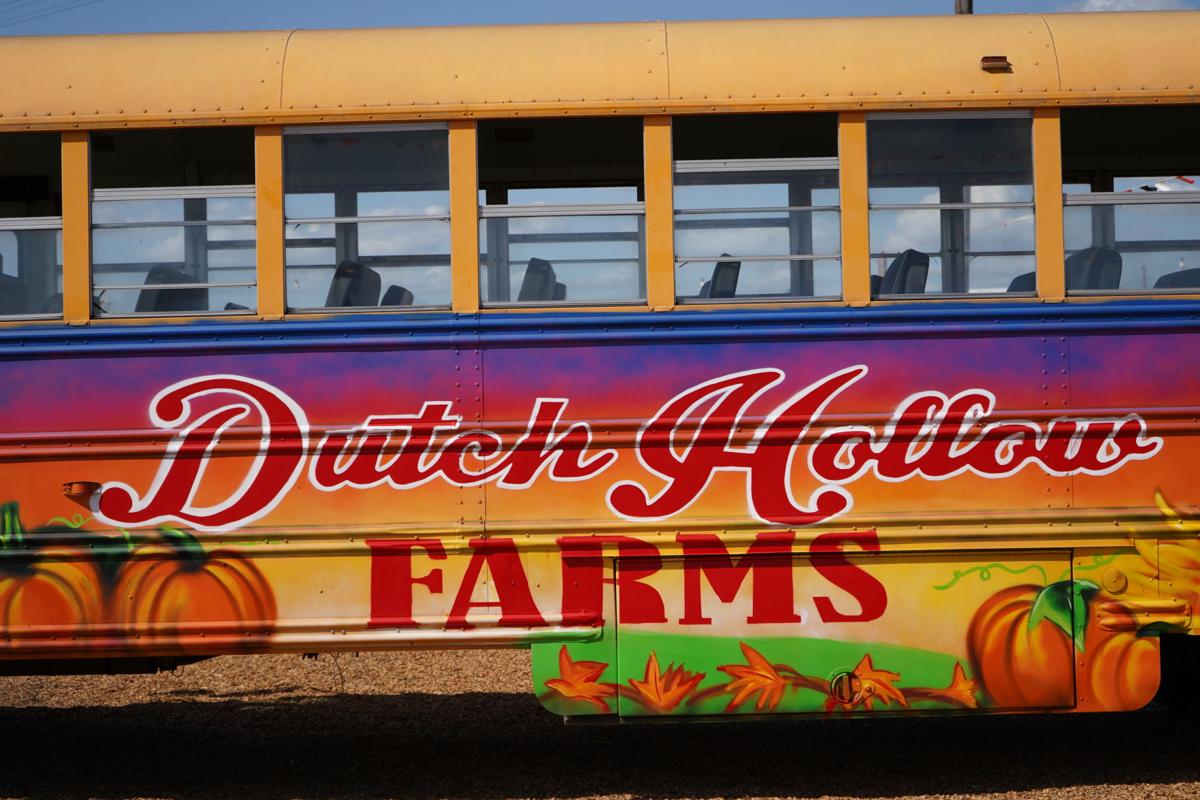 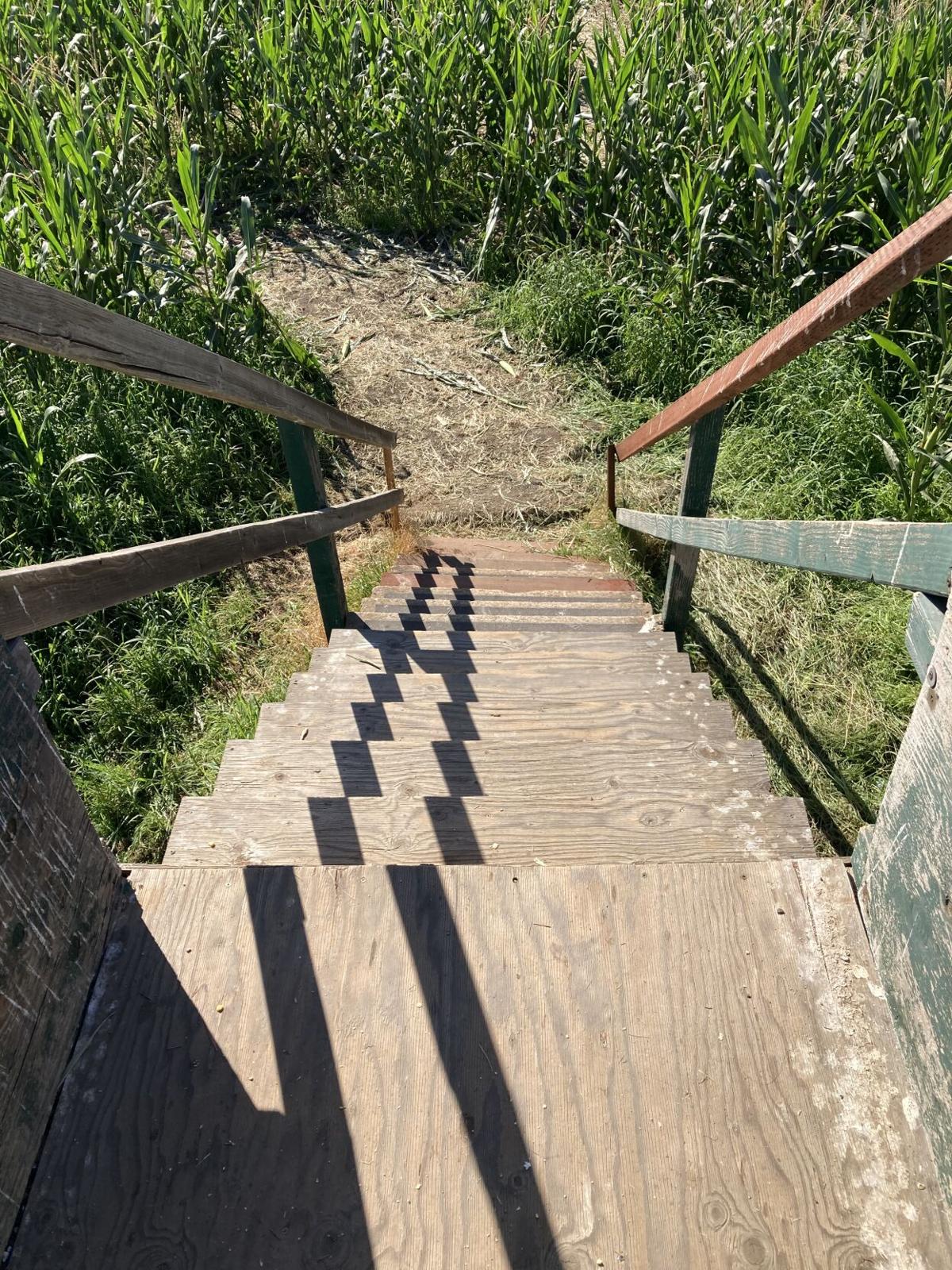 A scarecrow in the Fantozzi Corn Maze. (Signal Photo/Katherine Walls) 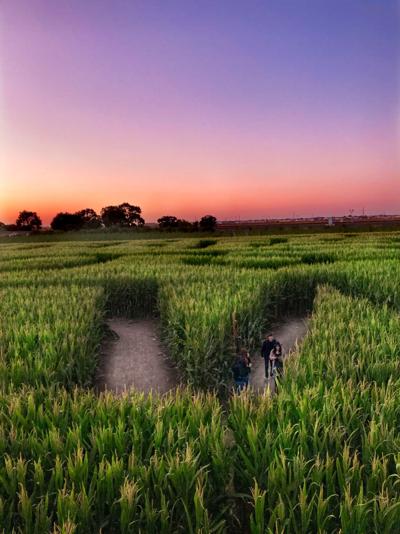 With Halloween and Thanksgiving drawing nearer, a common activity for the season is to attend a corn maze or a pumpkin patch. However, it could be difficult to decide which maze or patch provides the best experience at the best cost. This guide to four Modesto area mazes and patches will give insight into which one is the right choice for your seasonal outing!

Located on Milnes Road in Modesto, this farm has a wide variety of activities including a petting zoo, a pumpkin patch, a corn pit, a tricycle track, a bouncing area, a zipline, a large slide, a mini cannon and a hay maze. Vintage cars are also occasionally on display. This is all included with the purchase of a wristband that costs $12 for adults, $8 for seniors over 55, $8 for military, and free for children under two. The parking is in gravel and it is free.

The corn maze itself was relaxed. The field was designed in the shape of a baseball player, and the objective was to find six markers within the maze. On average, the maze takes a half hour to complete. Compared to other mazes on this list, the corn height was shorter and some of the paths had been grown over in weeds. The paths were otherwise very even. This maze would be perfect for a family and is not too challenging.

Located on Daubenberger Road in Turlock, this farm offers a scary shed, a pumpkin patch, and a hay maze which is free with the purchase of a pumpkin or entry into the corn maze. The parking for this farm was also in gravel and it was free. The corn maze costs $8 for a child ages 5-11 and $10 for ages 12 and up. R.A.M. Farm also offers “Freaky Flashlight Nites” which cost $12 for ages 12 and up. These nights are on Fridays and Saturdays at dusk and require you to bring your own flashlights.

“Our corn maze is 20 acres, and we design it ourselves. My daughter designs it and my sons cut it out.” explained R.A.M. Farms employee Karen Macedo.

“The other thing that makes us unique is that we have over 40 different varieties of pumpkins," Macedo added.

The corn maze was in the design of a witch. There were no markers to find for the object rather the objective was to enter and then find your way out. The maze takes around 45 minutes to complete. The corn was tall and the visibility was limited which created the feeling of being immersed. However, the paths are uneven compared to other mazes on the list, so make sure to bring a flashlight to avoid tripping if attending near dusk.

Located on Manthey Road in Lathrop, this farm of over 25 years was the biggest of the local mazes. The bustling atmosphere more closely resembled a fair rather than a small farm with activities such as gem mining, pillow jump, a carousel, blasters, a pumpkin patch, an entertainment stage, mini golf, a haunted castle, a spinning pumpkin ride, and much more.

Some of the attractions require extra payment, but the majority are covered alongside the admissions fee (including the corn maze). This farm is an all day outing in order to be able to participate in all the available attractions. That being said, it is the most expensive experience on this list of mazes with $16.95 on Monday-Thursday and $24.95 Friday-Sunday. Children ages two and under are free. The parking is also free, but the lot can get crowded, so be prepared to walk. The farm itself can get crowded as well, so make sure to bring a mask though masks are not required.

“They have pirate shows and pig races. They have live music. They have a haunted castle, rides and games for kids, and all kinds of different foods,” said Dell’Osso Farm’s employee TJ Cabral.

The maze was designed to spell out “Dell’Osso Farm, Here We Come.” The objective was to find clues within the maze which would complete a puzzle on the map which is given upon entry into the farm. The paths were the smoothest and widest of the mazes on this list. This would be a perfect maze to complete at night because there are very few tripping hazards. This maze took about 75 minutes to complete. The corn was towering, and the visibility between each path was extremely limited which would make getting lost easy. However, the beginning of the maze only had a few choices which meant that a person would have to walk along one path until they were deep enough into the corn maze for there to be choices in which to get lost.

The gates to the farm close at 7 p.m and attractions begin to close at 8, but the maze is plenty dark around that time, so bring a flashlight.

This farm is located on Sperry Avenue in Patterson, but it is worth the trip. The free parking was in dirt with hay bales as parking blocks. This location has a courtyard which has goats, a bouncing balloon, a zombie shooting range, a tube slide, and a pumpkin patch. Other than the corn maze, their main attraction is a Zombie Drive-Through.

“I think what makes it unique is that we have the zombie corn maze- which this year is a Zombie Drive-Through, so it is inside our airport hangars and there are six different rooms and they are all themed differently each year,” explained employee Suzanne Dias.

This maze costs $10 and children ages four and under are free. Some activities such as zombie paintball, the Zombie Drive-Through, corn cannons and train rides have additional fees.

The corn maze had two mazes each containing six markers. Fantozzi Farm offers $1 off of a pumpkin if you find all 12 markers. Each of the markers had a unique hole punch to verify that you found all 12. The design of one maze was an alien and the other spelled out “Fantozzi Farms.”

Of the mazes on this list, this one was the most confusing. The maze offers a lot of choices early, and the markers are a distance away from one another which makes the markers harder to find. The paths are not as even or wide as other mazes on the list, but there are no noticeable tripping hazards. The maze has one bridge which overlooks the field, and it is rewarding to find.

This maze took a little over an hour to complete. For those who want a challenge, this is the maze for you.

Each of these mazes are unique and offer a varied assortment of experiences. For a challenging maze with objectives, Fantozzi Corn Maze is right for you. For an all day event, Dell’Osso Family Farms has you covered with the widest range of attractions. If marker objectives are not for you, R.A.M. Farms offers the best maze to get disoriented in; especially during their Flashlight Nights. Lastly, Dutch Hollow Farms has a lot of family friendly attractions with no hidden fees.

Whichever maze or pumpkin patch you choose to visit, we hope you have a great time!