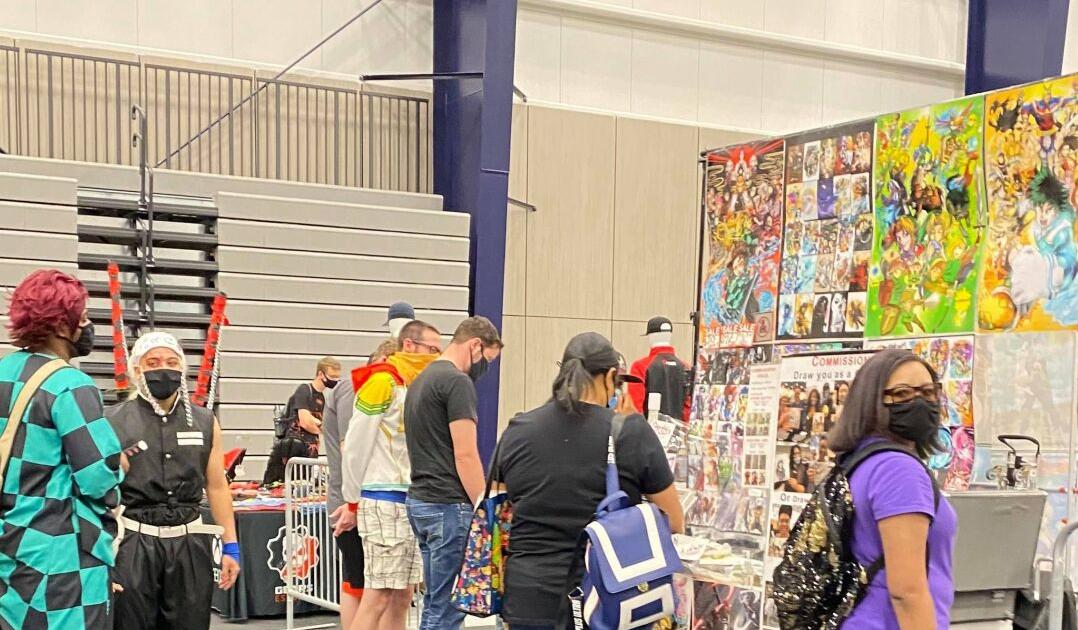 Attendees look through the art on display at a vendor's booth at the SacAnime Swap Meet on Friday, April 1, 2021. (Photo courtesy of Stephanie Delgado) 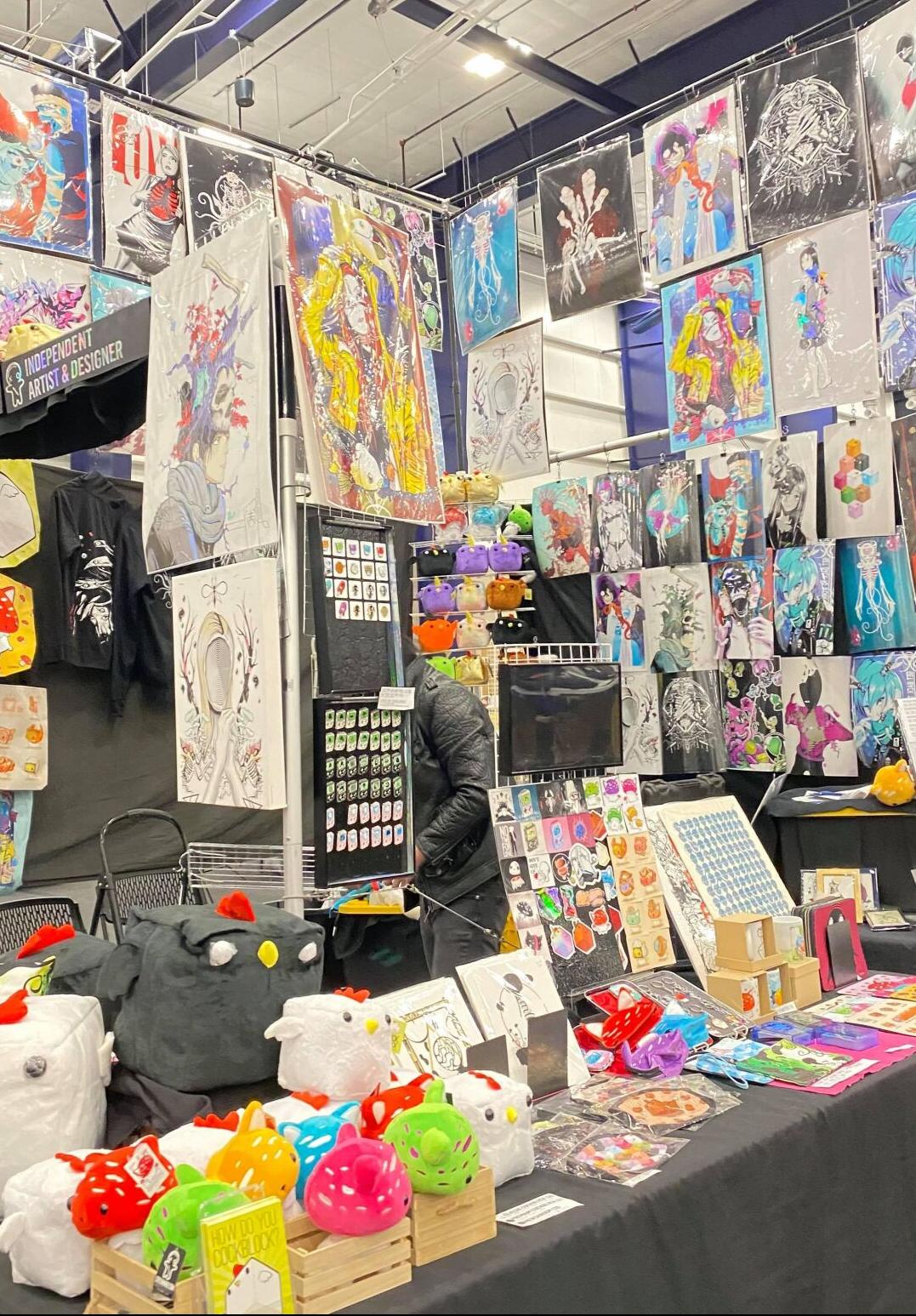 Artwork being sold and displayed at the SacAnime convention on April 1, 2021. (Photo courtesy of Stephanie Delgado)

A popular anime convention in Sacramento has become the subject of much controversy as its location's vaccination site closed for the weekend.

SacAnime, a three-day convention that takes place twice a year, announced that its April 2 - April 4 event would still be taking place at the Roebbelen Center in Roseville.

Many people in the Sacramento and Placer County area did not take kindly to the idea of a large, in-person convention taking place while most of the state is still within a substantial risk rating for COVID-19 cases. Outrage grew after it was revealed that the vaccine distribution site at the Roebbelen Center was being shut down for two days because of the convention. This led to many artists and fans calling for a boycott of the event.

Fellow artist alley artists/vendors should boycott sacanime, and stop attending this con in the future. Let our wallets talk. It isn't cool to shut down a vaccine site while a pandemic is still going on. https://t.co/X3TeixNZ3H

In response, SacAnime released an official statement saying the clinic had already planned to be closed the days scheduled.

We are aware of the concerns regarding the placer county fairgrounds vaccinations clinic closing during our event. The clinic never had plans to be open during the scheduled time, and declined our offer to restrict our event space so they could remain open.

This fact was echoed by an assistant from the Placer County's Health and Human Services.

"The clinic will be closed April 1-2. We’ve known that the Grounds had a prior commitment on those dates for some time, and so we were able to plan ahead and extend our clinic hours from Monday through Wednesday to compensate and continue to maximize our volume,” Katie Combs Prichard, public information assistant with Placer County's Health and Human Services, told KCRA News 3.

“The majority of appointments this week are second rather than first doses: about 4,800 second [and] 550 first [doses]," Combs Prichard said. "Folks getting their second dose can schedule it up to four days before their second dose eligibility date per CDC and for weeks afterward, so we don’t anticipate any issues or impacts to needed appointments."

Despite the calls for a boycott, Friday did see its share of attendees. Stephanie Delgado of Stockton was one attendee who offered her perspective.

“It was a great day. The staff was friendly and made sure there were hand sanitizer stations at every corner, and everyone had masks," explained Delgado. “They announced over the intercom CDC guidelines and booths provided hand sanitizer as well. My family and I felt safe.”

The SacAnime convention was created in 2004 and is an event designed to bring together fans of the Japanese animation style known as anime. The event also hosts panels with famous voice actors, artists, and animators, and it has art for sale and cosplay competitions.