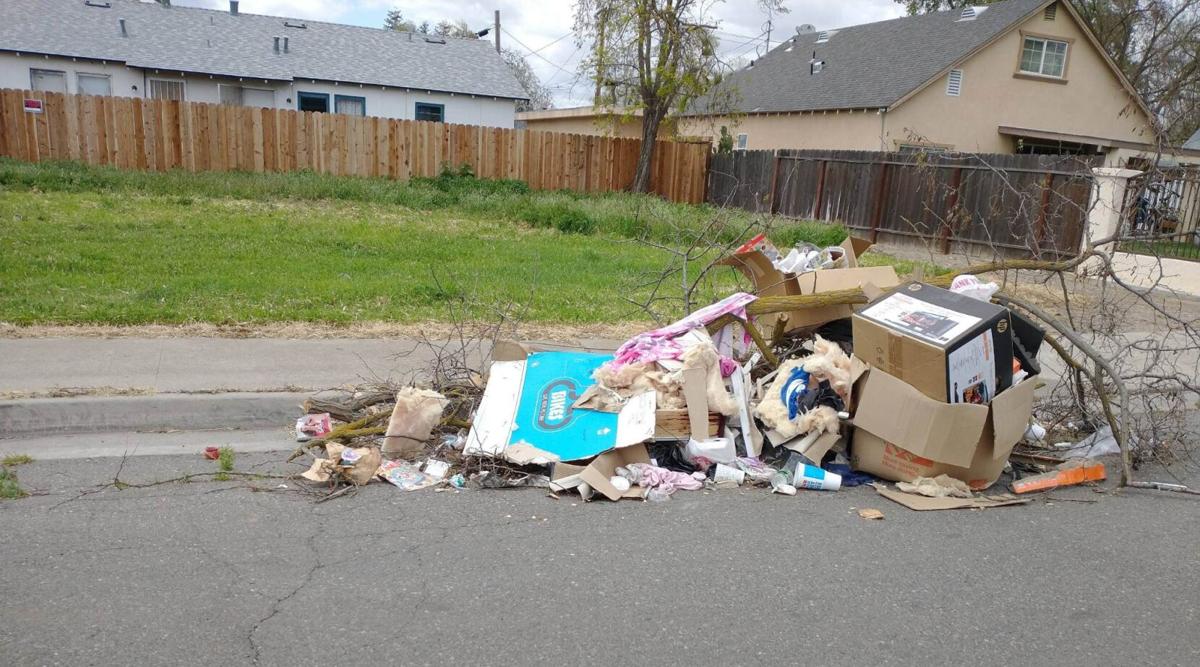 Trash left along a road in Modesto. (Photo courtesy of James Lane) 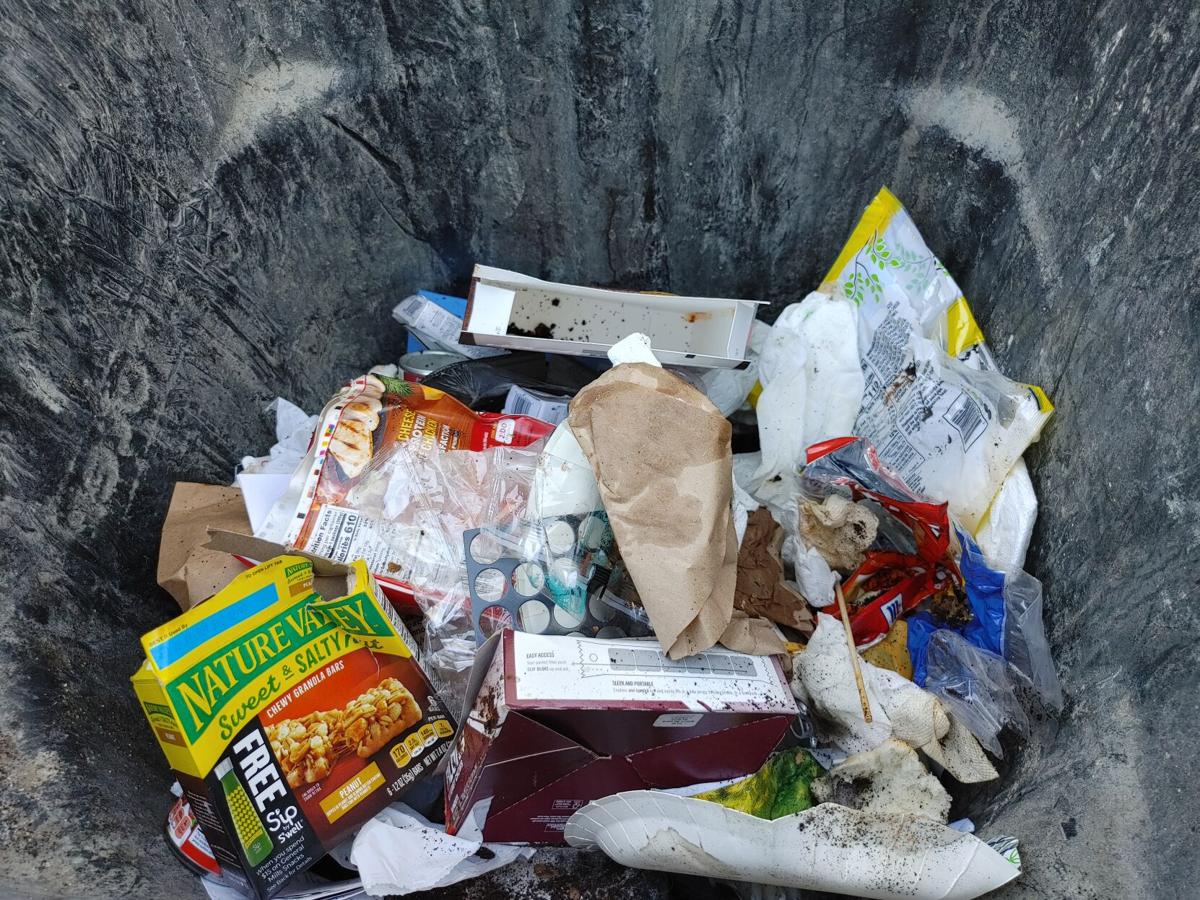 There has been a noticeable increase in trash along local highways and bodies of water. (Signal Photo/Rob Van Tuinen) 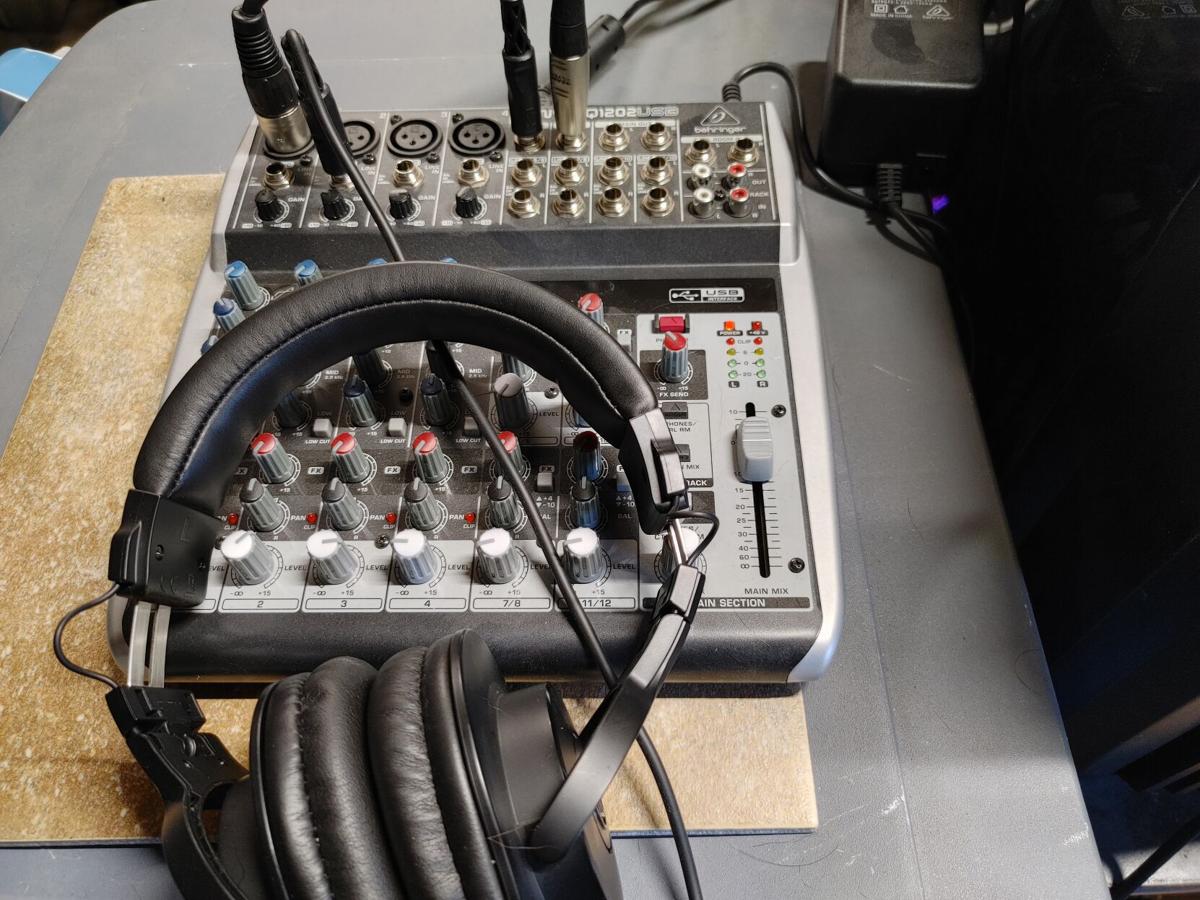 Many students have setup home recording studios to create content during the pandemic, such as podcasting. (Signal Photo/Rob Van Tuinen)

One Stan State student is so dismayed by the amount of trash he sees along the freeway and in the Stockton Delta, he started a podcast to raise awareness of the issue.

James Lane, (junior, Communications Studies), started the Central Valley Trash Talk podcast for his Radio Production class at Stan State, but also because he would see trash along 99 as well as along boat launches and along the levies in the Stockton Delta when he would go fishing.

For his first episode, Lane chose to focus on the problem of trash piling up along the California State Route 99 highway in Modesto and spoke to two then-mayoral candidates, including eventual winner Sue Zwahlen, for potential solutions.

“The Modesto focus of the first episode was borne out of seeing an increase of trash on streets,” Lane said. “The experience of seeing all this trash piling up made me question what is being done about this.”

Through his podcast, Lane has found a common problem when looking for who was responsible for cleaning up trash in specific areas.

“In my investigation, I had learned that jurisdiction plays a role in who takes responsibility for trash,” Lane explained. “Trash by the freeway is the responsibility of the state and the city is not allowed to clean up there.”

He explained that speaking to the candidates was both exciting and nerve-racking. He spent a lot of time crafting emails to four of the candidates for mayor of Modesto.

“I wanted to craft an email that appealed to them in a way that they would feel comfortable talking about Modesto, the trash problem, and any solution,” Lane explained.

Lane suggested that you always have a back up plan as he interviewed all four candidates, but was only able to use two of the candidates in his podcast due to audio problems.

He expressed some disappointment as all the candidates did have “heartfelt, sympathetic, and concerned thoughts and opinions about trash in Modesto.”

“Both candidates had different ideas [for solutions], but the consensus was that something needs to be done,” said Lane.

In the podcast, Sue Zwhalen and Doug Ridenour listed possible solutions, including community pickup and an app that allows residents to report illegal dumping.

Lane was also provided with the names of clean up efforts in Modesto and the Delta: Operation 9-2-99 which is the ongoing clean-up effort along the Tuolumne River in Modesto between the 9th Street bridge and the 99 Freeway and the Delta Water Conservancy which focuses on the protection of the Delta.

Dr. Greg Jacquay, general manager of KCSS 91.9 FM at Stan State and professor of the Radio Production Laboratory course that Lane is currently taking, spoke about Lane's podcast and his initial reaction about the topic.

“I was a little skeptical about the logistics when James pitched the idea, but it’s a great opportunity [for] an election year,” said Jacquay. “Local elections give our students opportunities to speak with candidates directly and we’ve hosted quite a few in our production studio over the years.”

Jacquay was happy that Lane was able to provide coverage of a local election in the community in such a unique way. He also expressed how impressed he was with the quality of the interviews and podcast as a whole.

“Conducting and editing interviews remotely was a tall order for sure, but James was up to the task. James could turn this into a regular program,” Jacquay believes. “He develops a great rapport with his interview guests and anticipates what information the audience might be seeking.”

Jacquay explained that Lane is able to be engaging with his interviews through “a combination of curiosity and lived experience.”

Podcasting is still a relatively new industry that is still evolving and changing. Jacquay explained that audio podcasting is becoming more popular as they are entertaining and give us advantages such as giving consumers the chance to rest our screen-weary eyes.

“We’re seeing a wide variety of topics and styles that both inform and entertain us,” explained Jacquay. “James was able to channel his interest in cleaning up the environment into a thoughtful, entertaining program.”

Jacquay says that he is impressed with the work of Lane and other student podcasters that are having to produce this content entirely from their own homes. He also explains that it is unfortunate that students are not getting the opportunity to benefit from the campus studio during the pandemic in the same way that students were prior to the pandemic.

Lane explained that his second podcast will feature Dr. Matthew Cover, ecologist and Stan State professor in the Department of Biology Sciences, to discuss the environmental impacts as well as potential solutions to the trash problem.

All episodes of the Trash Talk podcast will be available on SoundCloud.