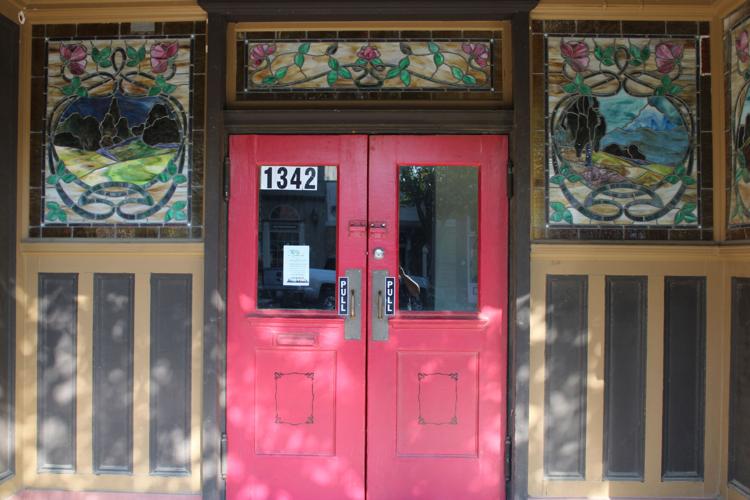 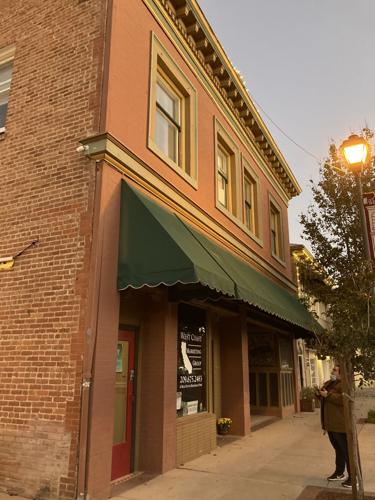 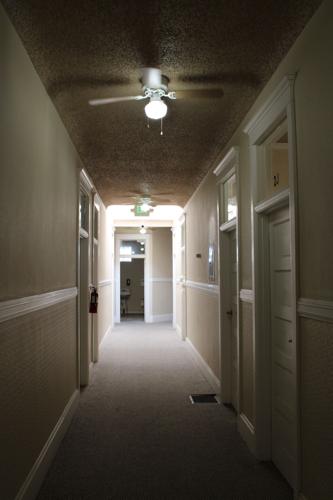 Within a charming Stanislaus County town is a haunted hidden gem that is sure to set the mood for a spooky night out.

The St. George Club is a restaurant and office space rental complex in Newman, California which stands as one of the oldest buildings remaining within the town. However, before St. George was the restaurant and office space that it is today, the building was a hotel established in 1908. With all of its deep rooted history, St. George  has of course fallen victim to more than a few rumors of having supernatural activity.

While back from deployment from the Air Force in late 2011, Charles Marquez found himself in the position to purchase St. George and was more than happy to do so because of the connection he had to its rich history and the memories he had made within the building throughout his years living in Newman. Though renovating the building to its current state had been a labor of love for Marquez, it had also led to him having a chilling experience. While renovating the bar that is located on the first floor, he explained feeling something unnatural.

“I’m closing out for the night and all of the sudden, I feel this cold breeze on the back of my neck. All of the doors and windows were closed and I remember the hair on my arms and neck stood up and it wouldn't go away. I felt frozen,” claimed Marquez.

Marquez continued to explain that, in that instance, he refused to turn around, in fear of there being something behind him which ultimately urged him to rush out of the bar, lock up, and then flee home.

Throughout the preceding years, Marquez has had various tenants who described seeing a woman walking about the building, especially upstairs near the office spaces. As such, whenever someone were to be in the position of working upstairs alone, Marquez and others within the building would jokingly warn them about the mysterious woman as well as other potential phantom tenants.

Salvador Escalante, an electrician who has regularly done work at St. George, had been one of those people. Escalante was an avid skeptic who took pride in his opinion and laughed at the notion of ghosts. His comedic stance would go as far as taunting said ghosts while he had a ladder pushed up against a wall as he worked. However, during his other visits, he would continue to notice that same chilling feeling that Marquez had in the bar and would even hear things moving around the rooms as he worked. Escalante came to this realization, based on multiple experiences, that it had felt almost as if someone was in the space with him.

“I could feel that she was around me, but I never saw her and as soon as I went down the stairs to the first floor, I could hear footsteps from the rooms upstairs walking back and forth,” described Escalante.

Escalante, during this occurrence, had quickly ran to the source of the sound and was met by just another empty room.

In the spirit of all things spooky and curious, members of the Signal actually went to the location to investigate the haunted claims and test their accuracy.

One such method that was used was a spirit box. A spirit box is a radio set on the mode for scanning channels at a quick rate. According to believers in the paranormal, the white noise created by the radio allows spirits to communicate. During our team's investigation, the spirit box responded to a few questions like so:

[Same female voice] “I guess so”

While our team was recording this audio, our mics also picked up shrill whispers, footsteps and dragging sounds in between moments of silence.

Next, we tried an EMF meter (electromagnetic field meter) which is traditionally used to detect wiring and electricity in appliances. Ghost hunters often claim this tool can pick up on ghosts as well. The belief is that ghosts have an electromagnetic field that would be able to cause an EMF meter to spike above the normal range. This could lead to false positives if the area of a building contains something which gives off that energy in the area that the ghost hunt is taking place.

The following clip is from our investigation and contains the use of the aforementioned spirit box as well as the EMF meter. There also is an unexplained sound that occurs in a room in which we left a camera rolling on its own. The sound occurs after the sound of a car passes, but there is no one in the room when it occurs.

For some, the interest in ghosts is not the only reason someone would like to engage in ghost hunting. Stanislaus State student Chentelle De La Torre (junior, Art) explained, “I’ve gone ghost hunting maybe twice… but for me in both places, it felt less about like finding a person that was a ghost and ended up feeling more like being in the place and kind of feeling the vibe in the location.”

While conducting further research, several residents and members of “Newman’s Funner Neighborhood Watch” Facebook group also replied to our post of having similar experiences, including Angelica Rubalcava, who had posted an experience of hearing the same footsteps as Escalante. Other comments tagged other maintenance workers who had their own experiences while on the job at St. George. Suddenly, what had started as a short lighthearted halloween article, urged our team to continue our research in the form of a future article to be released with more of our findings in early November.

For the St. George Hotel, the location itself is definitely worth the trip even if our ghost hunt was not nearly as lively as those you would find on most ghost hunting series. The friendly staff and charming atmosphere is reason enough to make the trip to this local, Stanislaus County gem. While you are there, you may just be lucky enough to encounter a ghost!