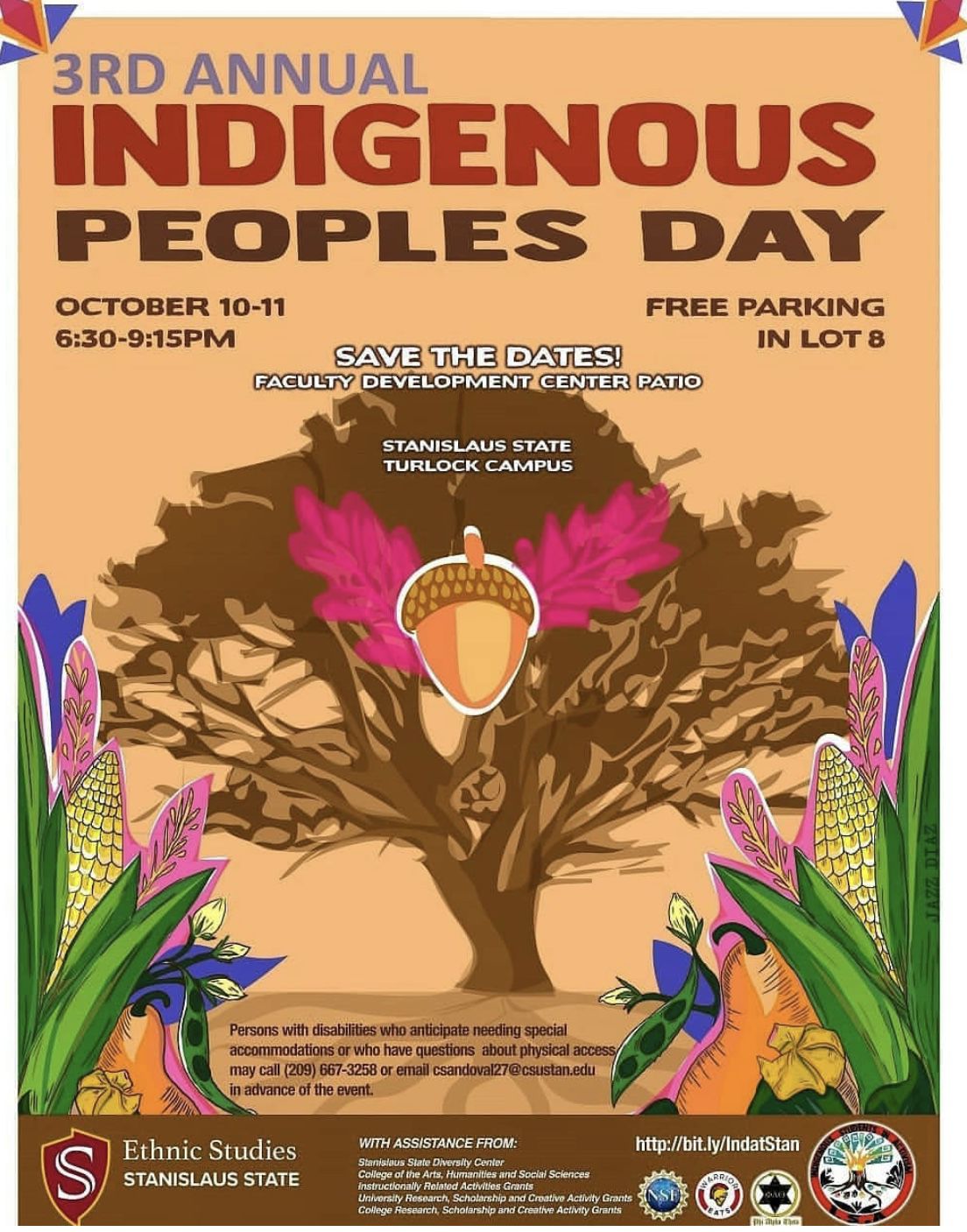 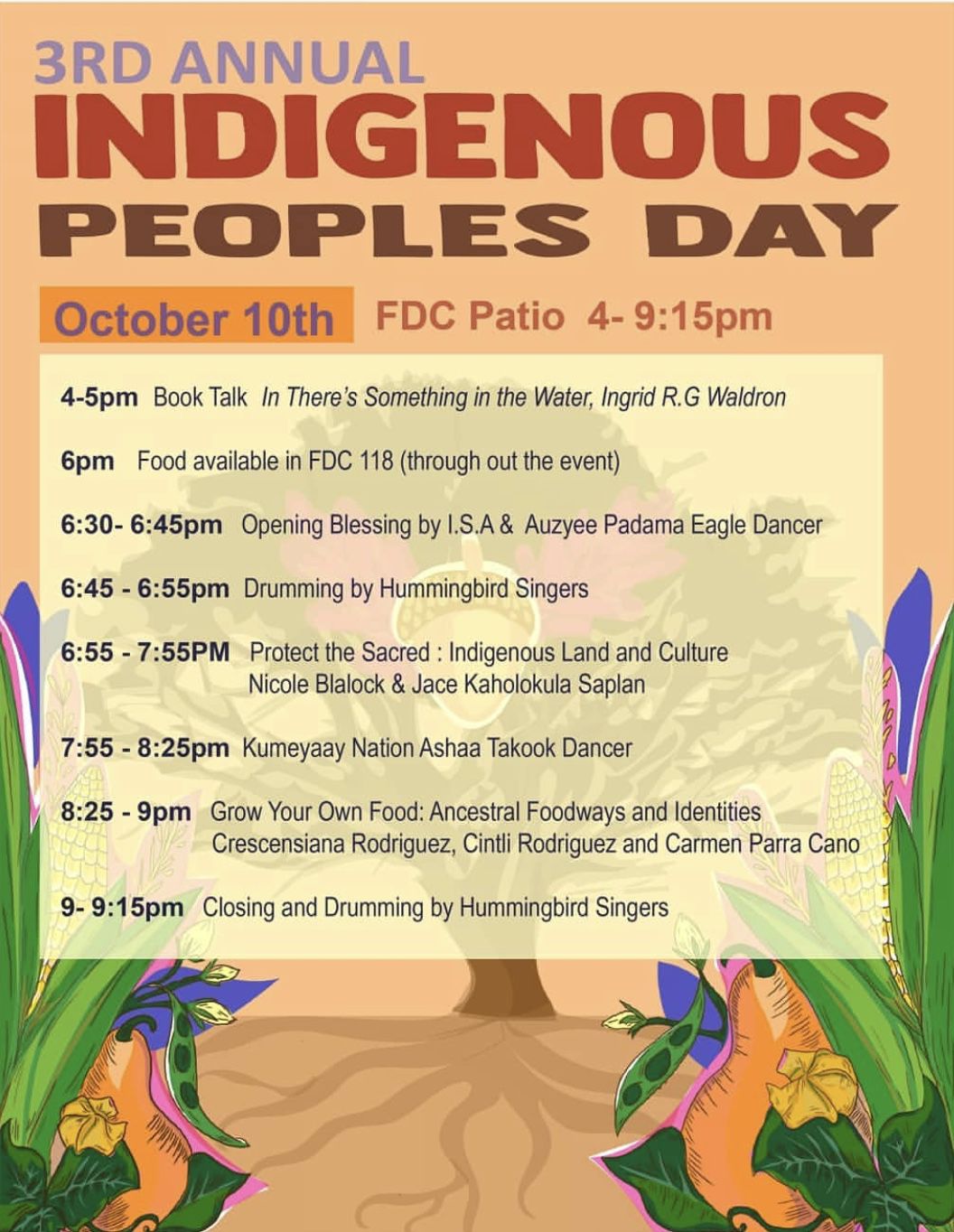 Celebration of Indigenous Peoples begins at 4:00 p.m. (Courtesy of the Ethnic Studies Program). 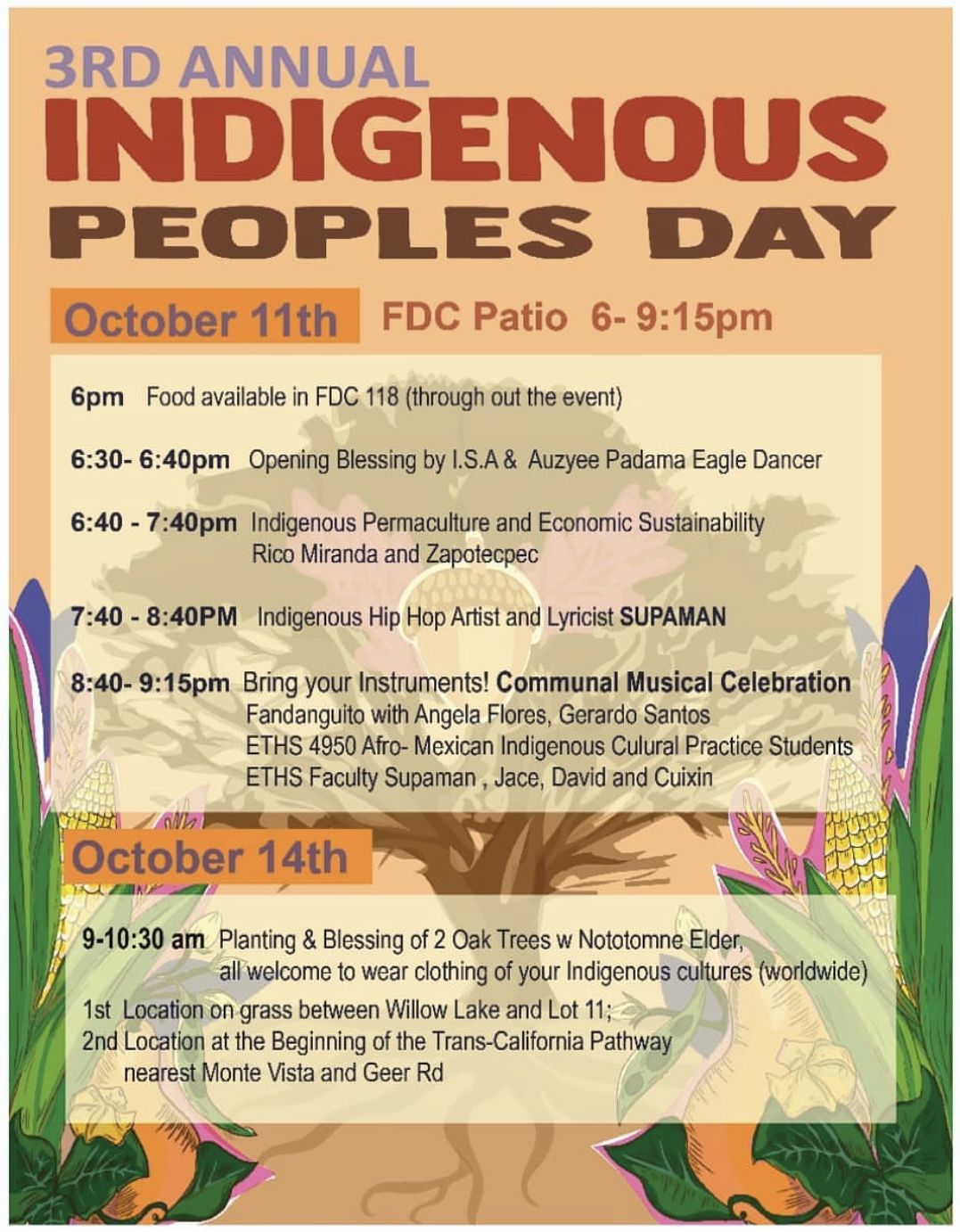 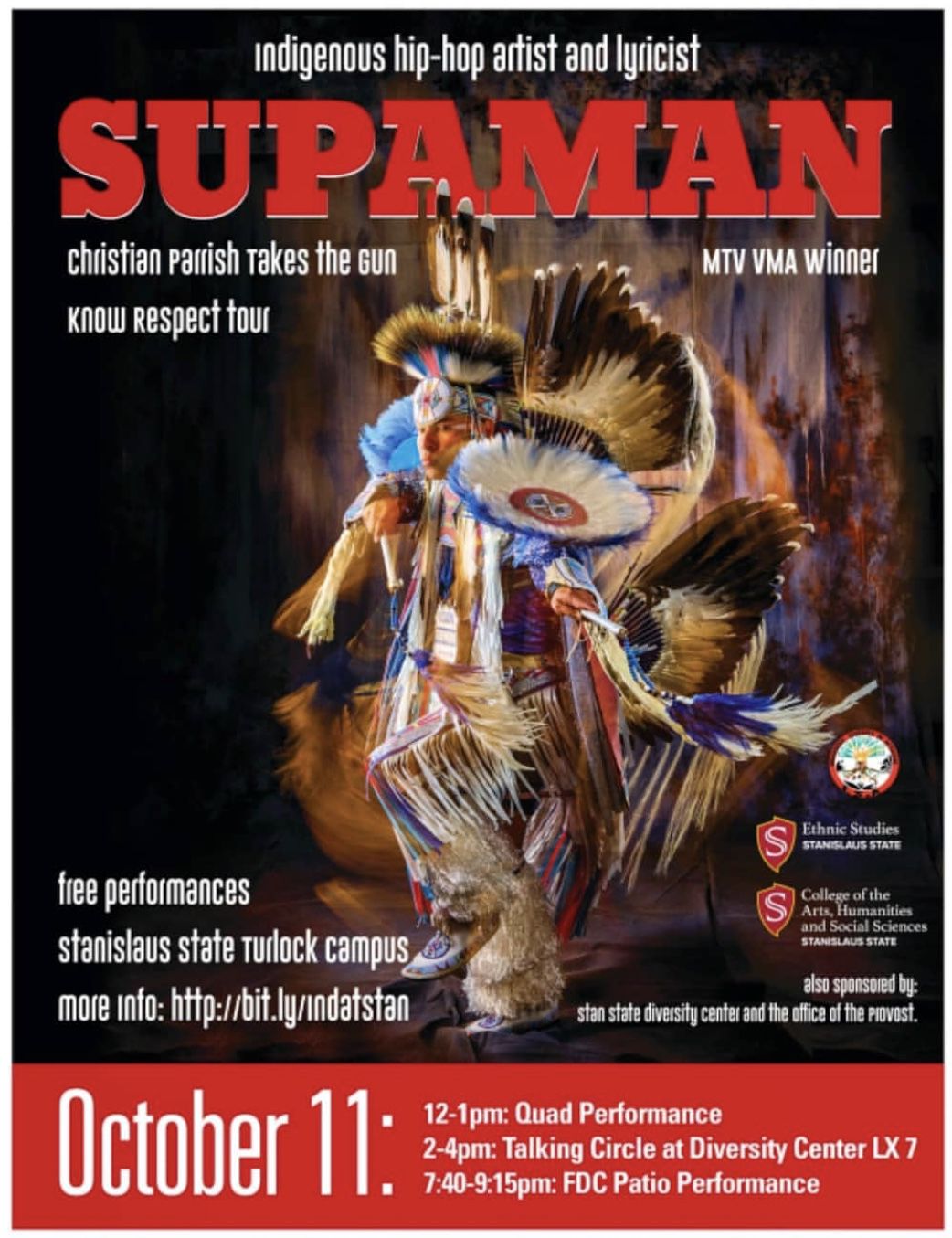 Indigenous hip-hop artist and lyricist, Supaman will be performing on Friday, October 11th. (Courtesy of the Ethnic Studies Program).

Celebration of Indigenous Peoples begins at 4:00 p.m. (Courtesy of the Ethnic Studies Program).

Indigenous hip-hop artist and lyricist, Supaman will be performing on Friday, October 11th. (Courtesy of the Ethnic Studies Program).

Indigenous Peoples Day has been increasingly replacing Columbus Day all across the country and Stan State is following close behind.

This year, the Ethnic Studies Program and Indigenous Students in Activism (ISA) will host the third annual Indigenous Peoples Day.

Dr. Cueponcaxochitl Moreno Sandoval, professor of Ethnic Studies, has been one of the leading voices in organizing Indigenous Peoples Day and bringing more recognition of Indigenous peoples to Stan State and the surrounding areas.

“For one, let’s recognize that we are on native land, that this land that we stand on and learn and engage in professionally and academically is native land, and it was unceded territory. California especially went through a violent genocide of Indigenous peoples,” said Dr. Moreno Sandoval in regards to the importance of Indigenous Peoples Days.

“It took us a year to meet somebody [Nototomne Elder] because if you look around Stanislaus State, and then the City of Turlock and then the greater county, how much Indigenous presence do we see? I mean you got words like Tuolumne Rd … we got one statue in downtown Turlock that’s supposed to be a Northern Yokut woman, but there’s no plaque that describes that. You got the name Stanislaus that is a warrior chief, but that’s a Christian name, his native name is not Stanislaus. There are little, tiny clues, but you’ve got to be looking for them,” said Dr. Moreno Sandoval.

The significance of the three-day event is because Indigenous Peoples Day is “not just one day, it’s everyday,” said Dr. Moreno Sandoval.

The theme was chosen due to current events happening across the world, such as the burning of the Amazon, and because of the fact that we are in the Central Valley, where water and agriculture are an essential part of everyday life.

Kicking off with a book talk, panels and drumming by Hummingbird Singers on Thursday at 4:00 p.m. at the Faculty Development Center (FDC) patio, the event will move on to performances by students and indigenous hip-hop artist and lyricists, MTV Video Music Award (VMA) winner, Supaman on Friday at 6:00 p.m.

Festivities end on Monday with the planting and blessing of two Indigenous oak trees with Nototomne Elder.

It is encouraged that attendees wear their Indigenous clothing from their cultures from anywhere in the world.

The planting and blessing will start at nine a.m. on the grass area between Willow Lake and Lot 11.

Dr. Moreno Sandoval hopes that Indigenous Peoples Day inspires attendees to connect with their roots and to recognize the native land that they are on.

“We want to inspire everybody from all walks of life to… one, recognize that we’re on native land, two, connect to your ancestral roots from all parts of the world and three, connect to the land and work with it in your own way for the health of Indigenous Nations and all people,” said Dr. Moreno Sandoval.