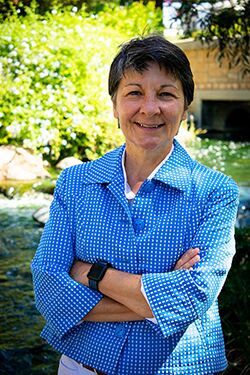 Photo of Dr. Kimberly Greer, screenshot from csustan.edu's page "About the Provost." 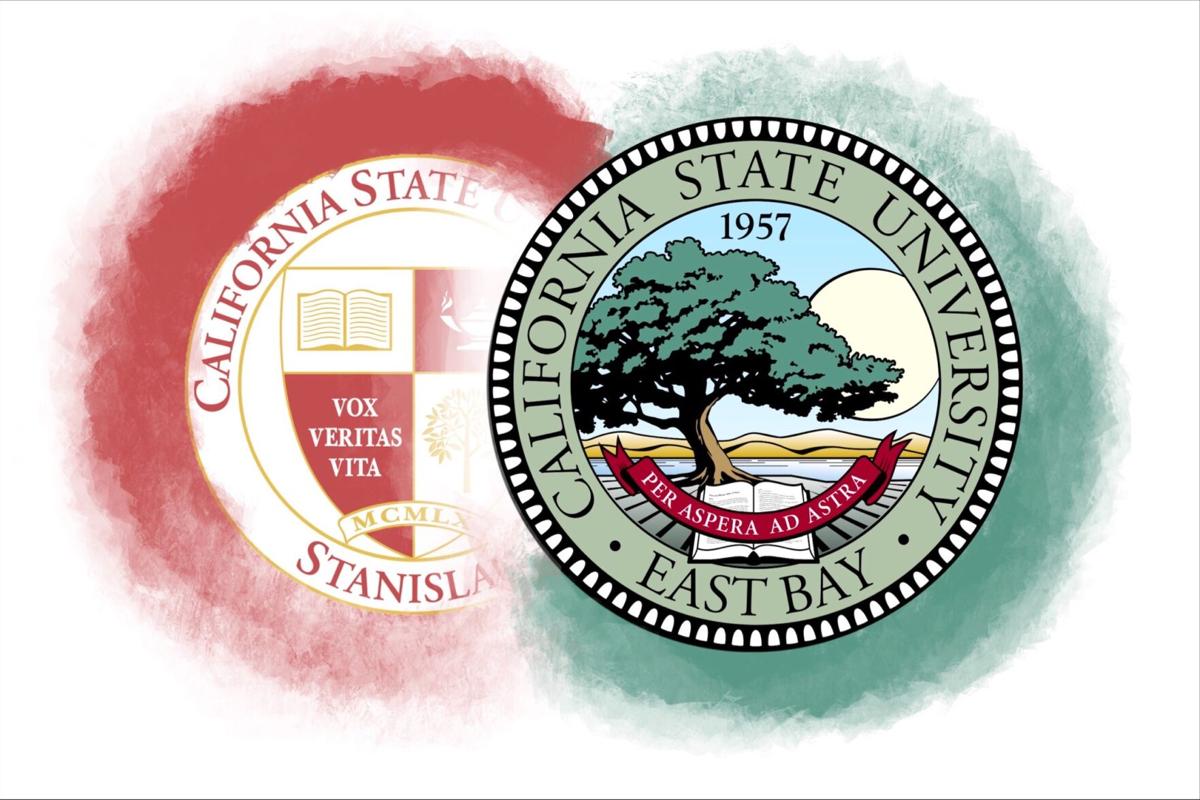 According to many faculty and administration members at Stan State, Greer has exemplified the school's vision for inclusivity and student and faculty success through her collaborative, affirming approach in her key roles.

“I think one of the most obvious strengths she has is she really works hard to listen and to help everybody feel affirmed," said Dr. Keith Nainby, Speaker of the Faculty. "She’s very interested in hearing other folks’ voices and understanding where folks are coming from and trying to foster a lot of dialogue and a lot of shared idea development."

Nainby has worked closely with Greer on various initiatives as Academic Affairs and faculty members are largely responsible for the governance of the university. One of the primary responsibilities Nainby mentions he and Greer share is disseminating information to faculty. Most recently, this process has been challenged by the shift to online instruction.

Dr. Mirta Maldonado, English and TESOL professor at Stan State, described her experience with Greer’s approach to supporting faculty and lecturers as they moved to online instruction last spring.

“She’s been at the forefront since the pandemic started,” Maldonado said. “I think she's done a stellar job trying to figure out logistics and putting together and communicating with us. We need this community... We benefit a lot from having her as provost."

Maldonado explained that many faculty members and lecturers did not have experience with any online teaching platform before the pandemic, so Greer’s commitment to developing new committees to support faculty success was crucial.

A commitment to faculty and student success has marked Greer’s career as provost at Stan State.

Stuart Wooley, interim associate vice president of Academic Affairs, shared that he and Greer talked multiple times about how their experience as faculty members influenced their decision-making as administrators. “She really was grounded in literal faculty life,” said Wooley.

As an administrator, technically second in command to the university’s president, a provost must delegate and lead based on the competing demands of a university’s various departments and organizations. Wooley explained that even with this broad scope of demands, Greer has always worked to support faculty, believing that faculty success would also lead to student success.

“I don’t know that she saw those [student success and faculty success] as different things. If we can really support faculty and help them to be excellent at what they do, it’s just good for students,” Wooley stated.

Barrington-Schmidt stated that Greer advocated for the Writing Center in other areas of the university, “[ensuring] that the students we were meant to serve were continuing to get good support through the center. In fact, we’re expanding our graduate writing support, our online writing support, and probably WP course support in the next year, and that has a lot to do with her and Stuart Wooley."

President Ellen Junn, who selected Greer as Stan’s provost in 2017, believes that Greer displays “positive attributes that are much appreciated such as having an authentic, genuine, welcoming interpersonal style, someone who is compassionate, caring, affirming and who is organized, steadfast and temperate in her interactions with everyone from students, faculty, staff, administrators and community members. Furthermore, she is very dedicated to our mission and tries to go the extra mile to accomplish her goals.”

In reflecting on some of Greer’s contributions to the university, President Junn and other faculty highlighted her work on the university’s Strategic Plan, WASC re-accreditation, the Graduation Initiative (GI) 2025 designed to increase graduation rates and eliminate equity gaps, and her creation of Stan’s California Civic Fellows Program.

Stan State's Strategic Plan, passed by the Academic Senate in 2017, “serves as our anchor guiding institutional plan for the campus until 2025,” according to President Junn. “This is one of the most important external assessments of the quality of our Stan State degrees and is necessary for securing the millions of federal dollars allocated to the campus for student financial aid."

In working on this extensive project, Greer explained, “Some of the first things [included in the plan] were around trying to remove barriers for students. I mean barriers that the institution itself creates.” One of the focuses of the plan is creating the most optimal schedule options to help students meet their educational goals within their desired timelines.

On a broader scale, Greer, in the Strategic Plan and in her general approach to administrative roles, seeks to increase diversity, equity, and inclusion throughout the CSU system. Her own experience as a sociology professor, including her time teaching courses in women’s prisons, opened her eyes to social justice issues and led her to support programs such as Project Rebound.

Through her continued work in the CSU system, and through the work of others such as CSU Chancellor Dr. Joseph I. Castro, Greer hopes to eliminate discriminatory barriers in higher education and optimize resources for student success.

Dr. James A. Tuedio, Dean for the College of the Arts, Humanities, and Social Sciences, points to several projects Greer’s efforts brought to fruition.

The development of the Center for Applied Spatial Analysis, updates to the Theatre department’s facilities, the renovation of the Signal’s lab space and the archeology lab, advocacy for the Social Justice Conference and the Ethnic Studies general education requirement, and the creation of a regional site for the California Global Education Project are a few of Greer's efforts Tuedio mentioned.

“It was, in my mind, extraordinarily collaborative, really committed to collaborative discussion and problem solving,” Tuedio said. “It’s to her credit that she has always recognized that all the stakeholders really need to be represented in the conversations.”

It is this commitment to collaboration and communication that each faculty and administration member views as strengths Greer is bringing to her new role at CSU East Bay and as strengths we must continue to emulate on Stan State's campus.

“We're a community and if we see ourselves as a community of learners and teachers, and educators, a community of practice, I think we can establish those shared goals that we have in that we work for it in different capacities,” said Maldonado.

Greer believes that Stan State's commitment to its students and to its greater community, qualities that initially drew her to the institution, have provided “an awesome foundation.”

“It's a very strong university,” said Greer. “I think one of the things that has contributed to that is that students and staff and faculty and administrators talk to each other and try to stay open and listen to each other.”

To Greer, continued active engagement and discourse between all areas of the university are essential to maintaining and building success.

In looking toward Greer’s future role, Barrington-Schmidt stated, “East Bay is so lucky to have her. They're going to love her.”

“We hope she will remember the things that went well here so that she can draw on them in her new role and help instill that kind of decision-making environment on the East Bay faculty and administration,” Tuedio said. “I think she's a real extraordinary talent, and I think people who work with her will see that quickly. I see nothing but good things ahead for her.”

Wooley, who has interacted with some of the staff in East Bay’s Office of the Provost, is excited for Greer to be welcomed by an office filled with smart, capable, and insightful people.

Dr. Christine Erickson, vice president of Student Affairs, claimed, "I know that Kim will make a valuable contribution and move the needle on their student success goals just as she has done here at Stan State. East Bay is lucky to have her!"

President Junn said that while Greer will be sorely missed at Stan, “her experience as a provost in the CSU will be instrumental in her transition to East Bay under the able leadership of President Cathy Sandeen.”

In regards to the upcoming transition to a new space, Greer stated, "I think there's always anticipation. I have such warm feelings for Stan State. I will always care about the institution and I think the hope is that you find similar people. There’s just good people at Stan State, and it’s hard to leave them after you've worked with them for a few years… I know that I get to stay connected with the people at Stan State even when I'm not there.”

Meanwhile, President Junn has confirmed that the search for Stan’s new provost is underway.

“The search committee is reviewing and assessing candidates now, with the hopes of scheduling virtual campus interviews with finalist provost candidates on or around May 13-19,” President Junn explained. She also encourages the community to join in these virtual meetings to provide the committee with feedback. Additional details will be announced soon.

All faculty and administrators expressed their well wishes to Greer as she takes a new step in her career, and each provided their hopes to find someone similarly collaborative, insightful, concerned for individuals, and appreciative of Stan State's identity in the next provost.