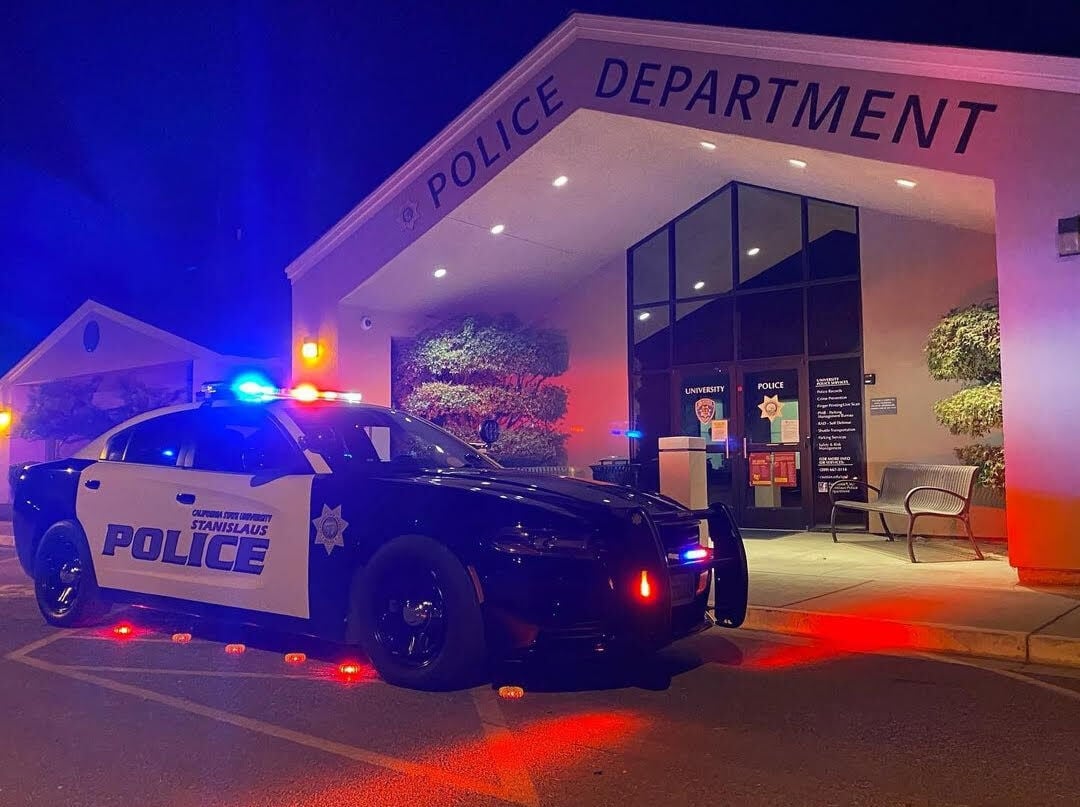 Colleges across the United States, including Stan State, are required to report and share crimes that occur on their campuses. (Photo by UPD Officer Myra Lewis via @StanStateUPD on Instagram) 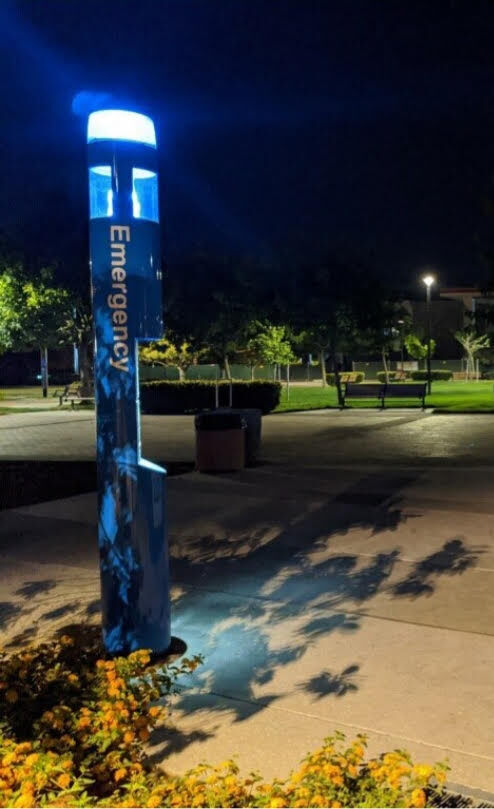 This year’s report shares Stan State’s crime statistics from 2017 to 2019 for both the Turlock and Stockton campuses.

There were no offenses of any kind reported for the Stockton campus, so this article will only focus on crime that took place at the main campus in Turlock.

According to this year’s report, violations of campus liquor laws remained the most common offense at Stan State with a total of 10 offenses. Five of these offenses were on-campus while the other five were reported in campus residential areas. Although this number is high, it’s important to note that there were 21 liquor law violations the year prior, so there was some improvement in this category.

Strode explained that 5 of the 6 vehicle theft offenses were of university golf carts. All five golf carts were eventually recovered, and those at fault were arrested.

As for the remaining offense, while it was a theft of a student’s vehicle, the issue was quickly resolved.

“Only one student vehicle was stolen, and the suspect was caught and arrested with the assistance of the Stanislaus County Auto Theft Taskforce (StanCATT),” Strode explained.

Offenses of stalking and rape each had four reported cases in 2019. For each crime, two of the offenses occurred on-campus and the other in campus residential areas. The university saw no improvement from the previous year as there were also four offenses reported for each category.

Stan State Title IX coordinator Julie Johnson explained why the statistics in the Clery Report may not be a true representation of sexually violent assaults that members of the campus community may be experiencing.

Johnson explains that many of the issues and reports that she deals with aren’t included in the Clery statistics because of the fact that they occur off-campus. Johnson says that 2020 was a prime example of this because, while there were almost no reported incidents on-campus or in dorms, she did receive reports of occurrences off-campus when most students were learning remotely, thus making them ineligible to be included in these reports.

Johnson adds that the statistics in the report in regard to offenses like this may not be accurate because many victims do not report the incidents.

“The national statistics of women [who are victims of sexual assault], regardless of the gender or gender identity of their partner, is about 1 in 4,” Johnson explained. “What we would like to do is increase reporting. We know that we’re reporting, but it’s not matching what statistically is happening.”

The campus is trying to prevent these types of offenses, increase the reporting of sexual offenses, and provide assistance to victims by continuing to share resources in a variety of places and formats, such as the student handbook, catalogs, websites, workshops at New Student and New Transfer Student Orientations, and the Title IX training that all students are required to take each academic school year.

“If the number [of reported offenses] increased, that means more people are connecting to resources that they need,” Johnson said.

These resources include Johnson herself, UPD, the Stan State Student Health Center, Psychological Counseling Services, the Haven Women’s Center of Stanislaus, the Stanislaus Family Resource Center, and the campus sexual assault victim advocate. A full list of resources can be found here.

The only other types of crimes that were reported in 2019 at the Turlock campus were two burglary offenses and one violation of the campus drug laws. In 2018, there were no burglaries and four drug law offenses.

Clery reports are released every year in accordance with the Jeanne Clery Disclosure of Campus Security Policy and Campus Crime Statistics Act, or the Clery Act. This act is a federal law focused on building transparency between university police departments and the campus communities they serve by requiring institutions to keep public, up-to-date crime logs.

“The Clery Act was created to ensure safety on campus was viewed as a shared responsibility,” explained Stan State University Chief of Police, Clint Strode. “Clery has grown over its history to be much more than just crime reporting. Clery now includes tools for ensuring Timely Warnings and Emergency Notifications, includes multiple options for reporting, descriptions of security and access to the campus, alcohol and drug programs, and much more.”

Strode explained that the data in each year’s security report do not list the statistics for the most recent calendar year because of the fact that Clery deadlines are set before calendar years conclude.

“Because the deadline for collecting crime stats for the Clery Report is prior to the end of the calendar year (October 1), we can’t accurately report for the last three months [of that year], so statistics come from the previous year,” said Strode.

According to Strode, preliminary numbers indicate that during 2020 crime dropped significantly on campus, which he says was expected since most members of the campus community were working and learning virtually. Because of this, the 2021 Clery Report may show statistics that stray away from the trends of past years.

The 2020 Clery Report can be read in its entirety here. The report can also be accessed at any time through the Stan State website by scrolling to the bottom of the homepage and clicking “Annual Security Report” under the “Resources” section.

Monthly, up-to-date crime logs are also available to the campus community, which can be accessed here.

Strode also recommends that the campus community look at the Campus Safety Plan, which provides more information on campus crimes and lays out UPD’s approach on handling and preventing these crimes.

In emergencies, campus visitors are always encouraged to call 911. There are also the Blue Light Phones located throughout the Turlock campus that individuals can use in case of an emergency. To report a campus crime, you can contact the Turlock campus tip line at (209) 667-3911. The campus community can also contact the Turlock UPD reception desk at (209) 667-3114. Stockton’s campus is monitored by the Securitas Security service, who can be reached at (209) 993-3469 in non-urgent situations.

For more information about Stan State UPD, you can go to their website at www.csustan.edu/upd.