You have permission to edit this article.
Edit
News ▼
Arts & Entertainment ▼
La Letra Ñ ▼
Opinion ▼
Social Justice
E-Edition ▼
Archive
Multimedia ▼
About Us ▼
Share This
1 of 4 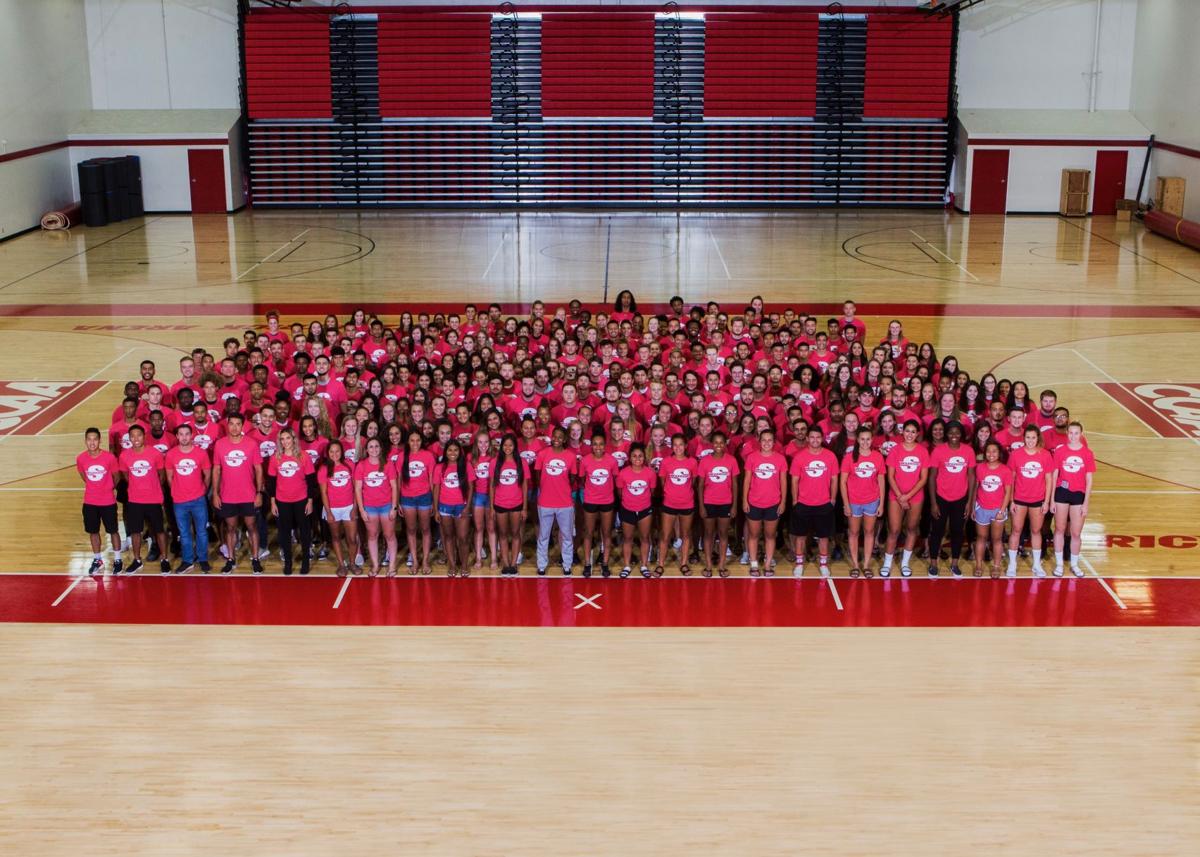 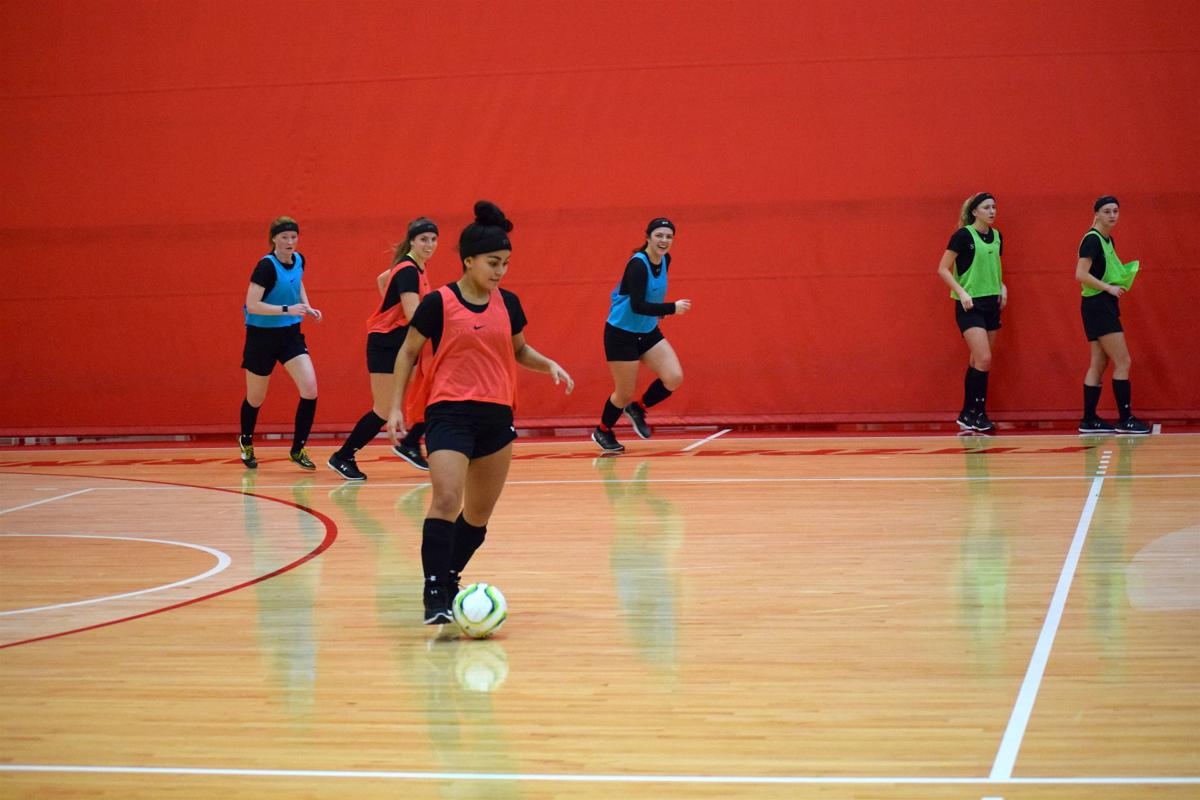 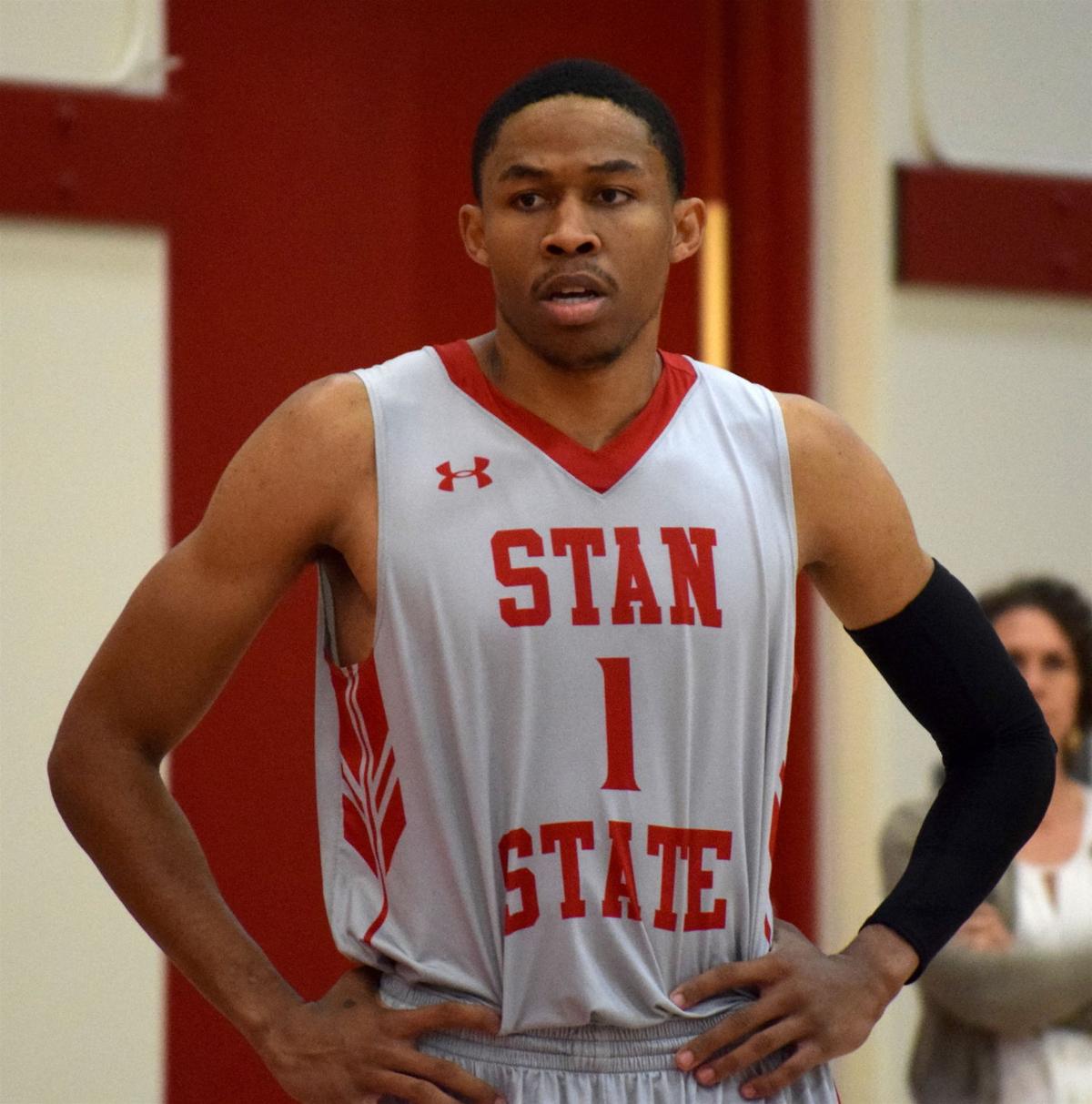 Andy Cleaves awaiting the call on a play from the referees. (Signal Photo/Haley Steele) 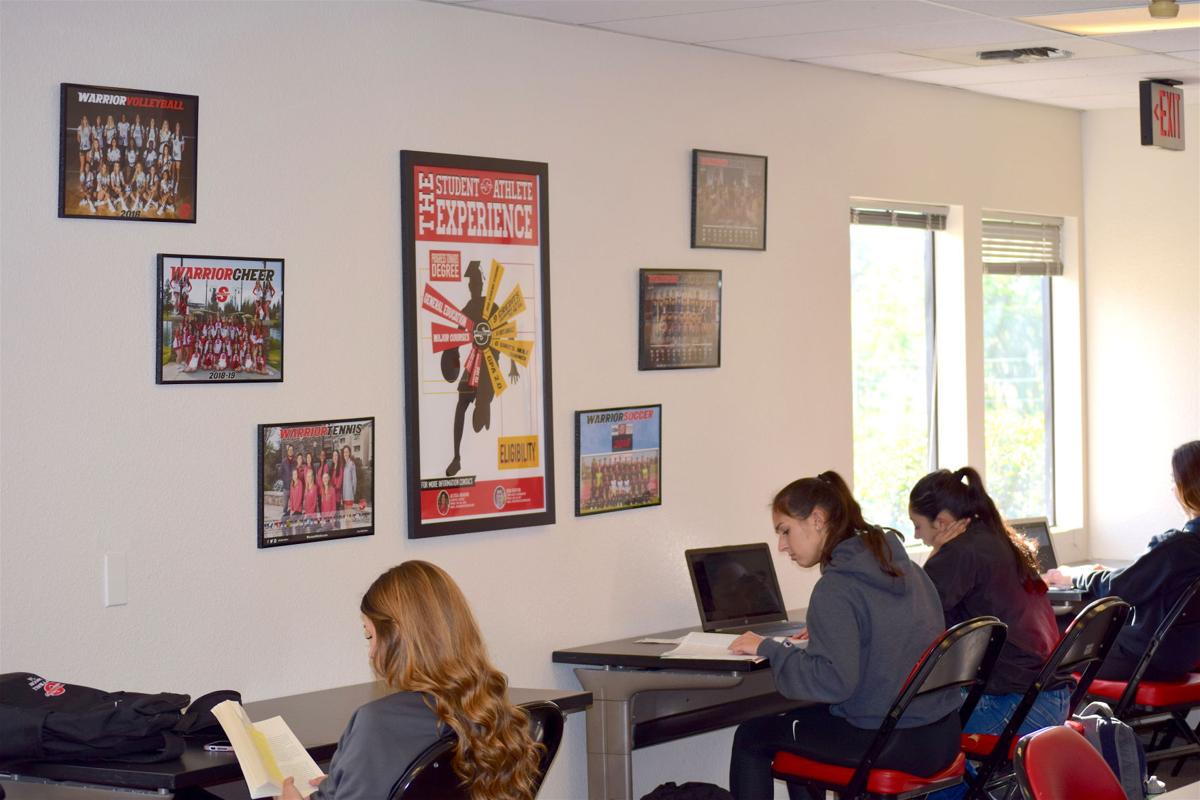 Andy Cleaves awaiting the call on a play from the referees. (Signal Photo/Haley Steele)

**This story has been corrected and will be updated as new information is received. The Signal sincerely apologizes to the Admissions & Outreach Services department for this inaccuracy.

Stanislaus State is in the process of campaigning for priority registration for student athletes. While it has been a long standing issue and topic of discussion for the student athletes and coaches of the Athletic Department, it has finally come closer to a resolution. Those affected by the issue have began voicing their opinions.

According to The California State University website, “Twenty-two of the CSU’s 23 campuses offer athletic programs, each of which includes resources especially for student-athletes.” Stan State is the only CSU that currently does not have priority registration for their student athletes. Hannah Rogers (senior, Nursing), an athlete on the Women’s Soccer team, said, “If athletes find out that we are the only school out of all the UC’s and CSU’s without priority registration, they're going to start choosing to attend other schools over Stanislaus.” This has made many student athletes feel as though they are not fully supported academically and athletically.

Student athletes are struggling to balance their life dual of being an athlete and student. Cali Miller (junior, Liberal Studies) is one of those living the grueling dual life of a student athlete. She said, “When I have had to miss practices and weights, I have to find extra time in my already full schedule to make up what I missed. Academically, I have not been able to take certain classes that I need, and now I have to wait until I am done with volleyball in order to do so, which sets me back.”

Andy Cleaves (senior, Business Administration) is another athlete at Stan State. He is a member of the Men’s Basketball team. Cleaves thinks that adding priority registration would be helpful, not only for himself but also for his fellow student athletes. He said, “I believe that priority registration would benefit athletes because then they will be able work around practice schedules and game times. Giving us this privilege makes our lives a little bit less stressful than it already is.”

Alissa Arogan, Stan State’s Student Athlete Academic Advisor, is around student athletes on a day-to-day basis and is constantly having meetings with them regarding their standing for graduation. Arogan says, “Choosing classes in general is stressful, though it is magnified when you also have to manage schedules that you can’t control as a student athlete.” The NCAA also has specific requirements in play to aid student athletes in their strides toward a degree.

Angelica Baylon (junior, Communication Studies) is a member of the Women's Basketball team who faces challenges in finding courses that fit into her schedule. She said, “There are certain classes that I need in order to graduate but the available times for those courses conflict with practice times. This scheduling conflict has forced me to have to pay for summer/winter courses since there were not more time slots that were more fitting to my schedule.”

Jack Large (senior, Communication Studies) is a Stan State Student Athlete on the Baseball team. He too has faced struggles of getting into courses that are required for him to graduate. Large said, “[I] have had to take classes that are irrelevant to my major just to stay eligible.”

Mallori Gibson-Rossi is in her fourth year as a Head Coach of Stan State’s Volleyball team. During her time in this position she has encountered the struggles that her athletes face because they don't have priority registration. Coach Gibson-Rossi says, “Girls have transferred or quit the team because it is too stressful to balance both.” She is a first hand witness to the struggles her athletes experience when classes interfere with team practices. Coach Gibson-Rossi has also encountered the complications of the life of being a student athlete on a personal level. She says, “The lifestyle of waking up everyday at 4:30 AM and practicing from 5:30-7:30 AM is a demanding lifestyle for student athletes.”

Being a student athlete has high standards for grades and work ethic that must be met. These standards are to be upheld both within the student athlete’s sport and in his/her academics. This all has to be done while also balancing the other commitments that accompany day-to-day life.

Ryan Kane (junior, Business Administration) is an athlete on the Men's Soccer team at Stan State. He said, “We have large chunks out of our day from practice, games, and travel and the last thing we should be worrying about is if we will get into our classes or not.” As a student athlete, not only are you competing but you are also representing the image of a university .

Practice times for each team are assigned and not flexible. Coach Gibson-Rossi said, “I don't have a say when we get to practice which messes with class schedules as well as the chemistry between the players during practices.”

Stan State has been in the process of receiving priority registration for years, yet the improvements have not made much progress until this year. Mi’Shaye Venerable (senior, Social Sciences) is the Secretary on the Associated Student Inc. [ASI] Board of Representatives and is also a student athlete on the the track team. Her strong opinions on priority registration stem from her own experience with not having it. She said, “Student-athletes spend a significant amount of time in athletic-related activities, up to 20 hours per week in practice, weight training, conditioning and competitions, in addition to treatment, study hall, academic meetings, and travel.”

Venerable shared her weekly schedule as an example of the commotion that student athletes face. She said, ““Personally, a regular schedule for me is to have practice at 6 AM, class or work from 8 AM - 12 PM, another practice from 2 PM - 5 PM, class or work from 6 PM - 9 PM. I often struggle with getting sleep because the only time I have for homework is 9 PM - 1 AM and I wake up at 5 AM to do it all over again.”

Venerable explained that there is a mandatory process that it must go through in order to have the chance at being accepted and passed. After a conversation with President Junn, Venerable learned that President Junn will have the final say, but first wants the policy to go through the full process before making the final decision.

After many years of building their argument and it gaining traction, priority registration for student athletes is finally within reach. ASI has been standing with student athletes and even aided in the creation of a proposal. Venerable said, “[The] Proposal was sent earlier this year and is actually in the process now going committee to committee.” Venerable predicts that this proposal will make it to the Academic Senate Floor near the end of April.