Skip to main content
You have permission to edit this article.
Edit
News ▼
Arts & Entertainment ▼
Sports
La Letra Ñ ▼
Opinion ▼
E-Edition ▼
Archive
Multimedia ▼
About us
Share This
1 of 2 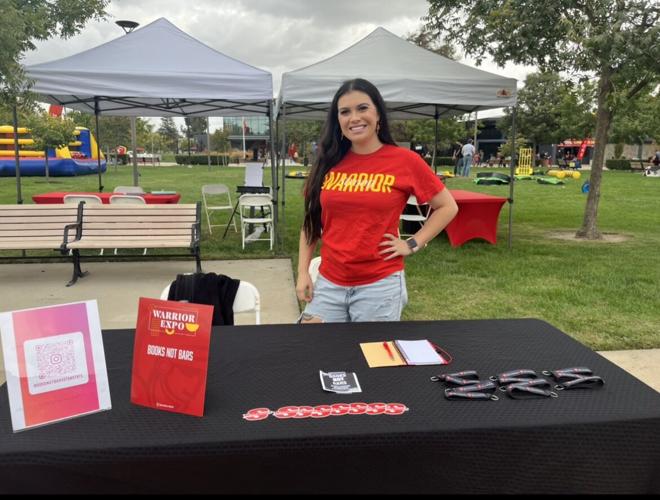 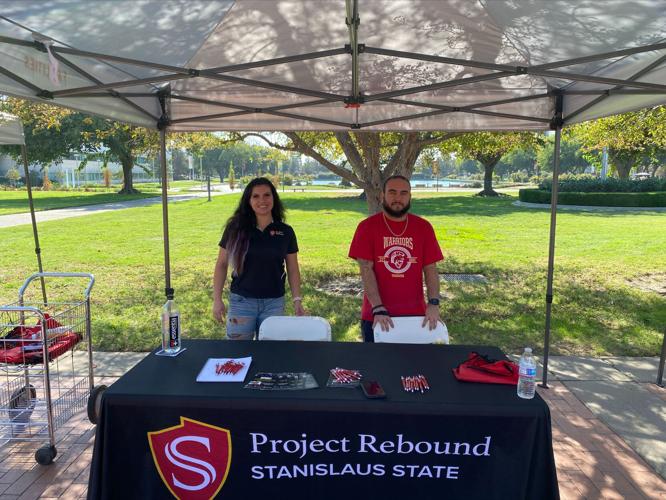 Books Not Bars is a student organization here at Stanislaus State that holds bi-weekly Zoom meetings from 3-4 p.m. every other Thursday. It provides helpful resources to formerly incarcerated individuals.

Members of Books Not Bars hope that more students will find out about the club’s meetings, become a part of the club, and that it will become more recognized on campus.

President of Books Not Bars, Alexis IñiguezAldaco (senior, Psychology), said that there are only about 13-14 members in the club currently and only a few attend the meetings.

Student Event Coordinator of Books Not Bars, Carmen Gallardo (senior, Criminal Justice), also hopes that more students will join. Being a part of Books Not Bars has been a great opportunity for her, but it has been a bit challenging for the club to find more members.

“It’s had a positive impact as far as me not wanting to give up on, you know, being an officer and trying to get more people involved in the program, but it has been difficult for us to get it up and going,” Gallardo said.

Books Not Bars attendee, Kristina Delgadillo (senior, Psychology), believes that organizations like this one are important to have on campus since they can educate both those who have been formerly incarcerated and those who have not.

“Nobody knows it all but it’s nice to just know a little bit about a lot of things,” said Delgadillo.

“People that haven’t been involved in the justice system typically don’t spend much time with those who have and I think it could be a good learning experience for people on both ends,” Delgadillo added.

“People will have actual knowledge of the truth rather than living on assumptions,” Delgadillo also explained.

Because of this, Delgadillo also hopes that the number of members in Books Not Bars will grow.

Books Not Bars is basically an extension to Project rebound, IñiguezAldaco explained.

However, to join Project Rebound, you must be a student who has been previously incarcerated. Books Not Bars is open to any student to join, even those who have not been incarcerated or justice impacted.

IñiguezAldaco decided to join Project Rebound because as a formerly incarcerated student herself, she knew it would benefit her.

IñiguezAldaco said that Danica Bravo, the program director of Project Rebound, created a new organization that needed students who were willing to run it. This organization was Books Not Bars. It became an official student organization in the spring 2022 semester. Originally, IñiguezAldaco was the Student Event Coordinator for the club.

“This is my last year being at Stanislaus State so I really wanna take advantage of being involved and being on campus and being a part of something,” said IñiguezAldaco.

One of the goals of Books Not Bars is to “emphasize the power of education as an effective tool to combat recidivism,” says the club’s WarriorHub biography.

IñiguezAldaco explained that Books Not Bars does this by educating people about the resources that are available for them if they need help. Whether it's individuals who are seeking counseling, help for substance abuse, housing, or guidance, Books Not Bars wants to help provide appropriate resources as well as knowledge and education to prevent formerly incarcerated people from getting funneled back into the system.

Books Not Bars can also help other formerly incarcerated and justice-impacted people who are not students.

“Say their cousin or sister or brother is on campus and they see we’re this club and they get all this information and resources from us. They can pass that onto their loved ones that are kinda struggling with going in and out of prison,” said IñiguezAldaco.

Being involved in Books Not Bars and Project Rebound has helped IñiguezAldaco through the hardships that she has faced, as someone who has been formerly incarcerated.

In the past, she was afraid of others finding out about her past, but her perspective changed over time. She takes pride in her journey because a lot of people have been interested in hearing about her story.

Gallardo, the Student Event Coordinator of Books Not Bars, also joined this club while a part of Project Rebound. She was asked to join Books Not Bars in the summer of 2022 and accepted the opportunity.

She recommends Book Not Bars because these types of organizations are not seen as much anywhere, compared to other clubs and organizations that are more known on college campuses and in the community. She believes that organizations like Books Not Bars make a social impact and bring awareness.

“I think the big thing is that there’s just a lot of students out there that are justice impacted, you know, they have dads or moms or brothers or cousins or family members that have been incarcerated for years and they’re embarrassed or shy to talk about it,” said Gallardo.

She believes that Books Not Bars is a group where individuals can talk about these kinds of things and give each other emotional support.

Being a part of Books Not Bars has also had a positive impact on Gallardo herself, as a student who has been formerly incarcerated.

“It’s shown me that I have more potential than I thought I had,” said Gallardo.

“Little by little I’m getting offered different positions and different opportunities that I would have never expected me to get,” Gallardo added.

Delgadillo, who has been a part of Books Not Bars, since the spring 2022 semester has also felt like she has received more support since being involved in it. From being a part of this club, she realizes how important support systems really are.

“One of the most important pieces of being successful that I learned with changing my lifestyle, support’s important and that’s not just for the formerly incarcerated, that’s anybody,” said Delgadillo. “To not feel judged and to feel supported is amazing and that’s the way to get through life,” she added.

If interested in becoming a member of Books Not Bars, join theWarriorLife club page. The club officers receive a notification when a student joins and they can also receive messages through this platform.