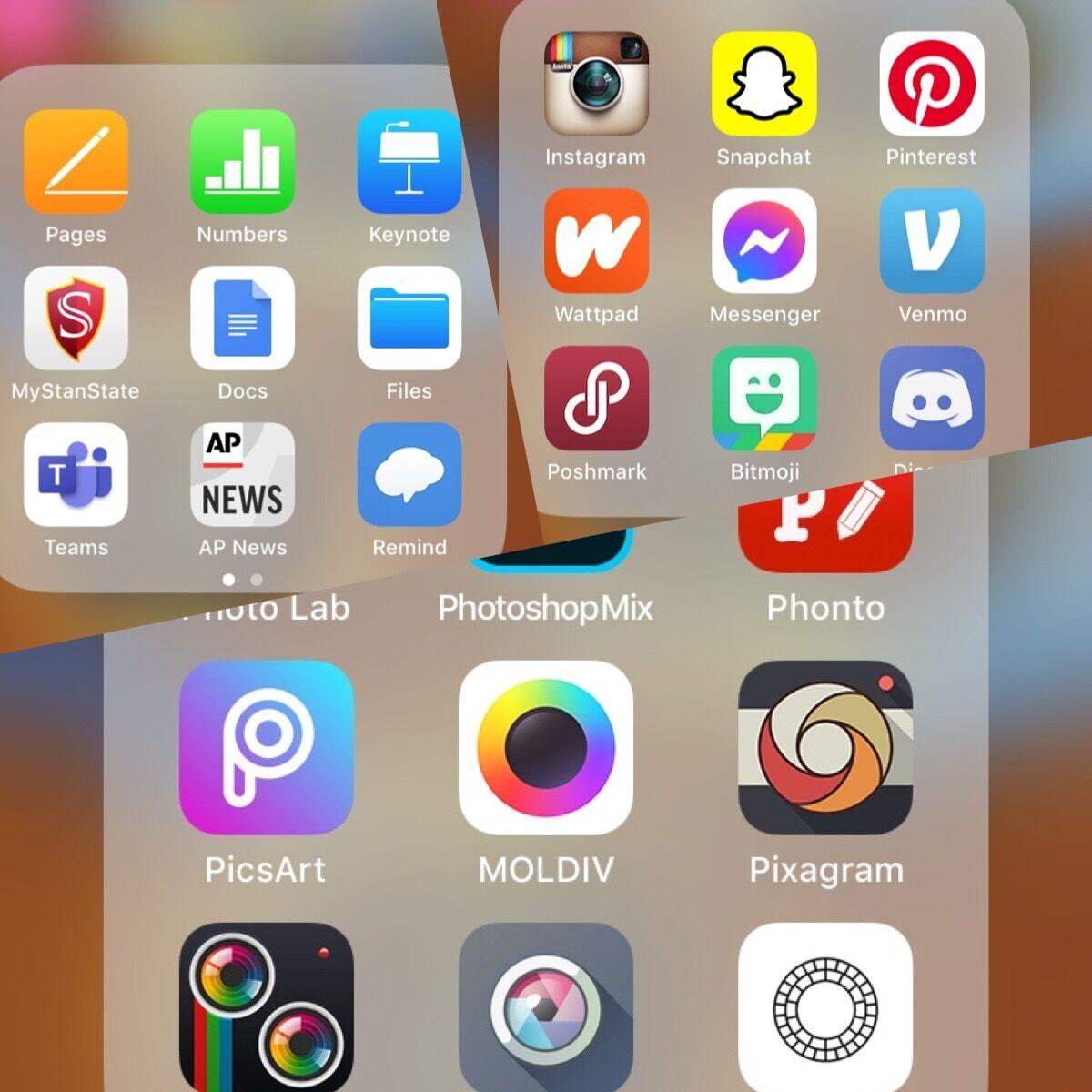 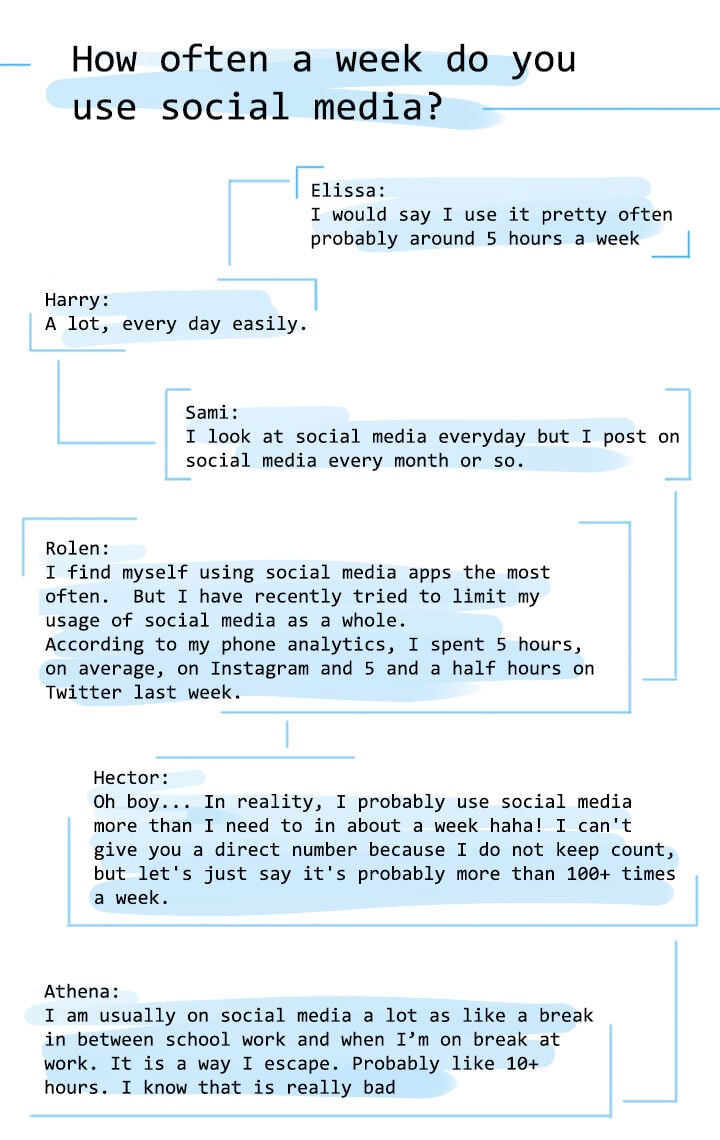 Social Media remains a frontrunner in terms of popularity. (Illustration by Ethan Hunt)

Virtual media has been on the rise for many years now, finding its way into every home and suffusing the daily lives of many. This year especially the Internet has taken center stage as a necessity for staying connected and informed.

Stan State students have been willing to provide some suggestions for virtual media that ranges from the utilitarian to the amusing.

Education is perhaps the most useful category in our current distance learning situation. Educational apps may very well make your life easier when used to supplement your studies.

Stan State student Gillian Johnson (sophomore, Biology and Chemistry) says she mostly uses educational apps in her daily life and is pretty attached to her Canvas and Blackboard apps. These apps are a great way to check up on assignments when you’re not near a computer and to receive instant notifications when your professors post anything.

Another student, Timea Friesen (junior, English), agrees that apps for school are helpful to have. In addition to Canvas and Blackboard, some of her suggestions include Outlook Mail, Google Classroom and Google Drive.

Buildfire.com claims that according to Statista, amongst the app categories with the “highest penetration rate among Android users,” social media claims 95% of users and entertainment follows not far behind at 84%.  Clearly, entertainment and social media are not to be overlooked when it comes to recommendations.

Elissa Guevara (sophomore, Psychology) says, “My favorite apps right now are TikTok and Twitter. I use social media most often like Snapchat and Twitter.”  Additionally, Guevara recently discovered the game “Among Us,” which can be played through both the app as well as on a laptop or PC.

“Among Us” is a trending topic at the moment in the world of gaming. The game combines both gaming and social as it involves playing live with others in a situation where spaceship crew members must battle to complete a series of tasks while there is an imposter among them. Stan State students Megan Colon (sophomore, Music) and Rolen Spears (sophomore, Communications) have also endorsed the game. In Spears’ words, “I recently downloaded ‘Among Us’ to follow the bandwagon and it’s really fun to play with friends.”

As previously mentioned, TikTok has managed to maintain its popularity this year. Johnson says the app is a good way to pass time and Spears says he enjoys the app alongside YouTube and Twitter.  “It’s kind of cliche but I love wasting time on those apps,” Spears says. Athena Wood (junior, English) says, “The apps I use the most are definitely social media like Facebook and TikTok, but not to post anything, just to look at what other people are doing. I also use YouTube a lot when I am cooking or eating for entertainment.”

Stan State alumni Harry Harris shares that some of his favorite apps at the moment include TikTok, Twitter, Instagram and Letterboxd, a movie reviewing social media app.  Harris says, “Social media is what I use most often, but I like to use a little bit of everything because you can get a variety of information and enjoyment.” Colon agrees with Harris’ claim, stating “I use a lot of Instagram, YouTube, and Discord as of right now, sometimes Twitter, usually social media for entertainment purposes.  I enjoy memes and watching videos; I use social media every day.”

Hector Yerena (junior, English) also uses mainly social media and entertainment apps like YouTube, Snapchat, Instagram and the Samsung Music App. Yerena says, “I would definitely say that social media apps like Snapchat and entertainment apps like YouTube are the ones that I am using often. Due to their simplicity and convenience of being a method to relax with ease and also keep myself updated with the real world, these are the types of apps I use more often.”  Additionally, Yerena recommends the new app, “Reface.”  Yerena explains that “It's a funny app where you can apply pictures of yourself or others onto gifs and scenes from famous movies, shows, etc. There isn't really an important purpose for the app, but it's great to use when you want a good laugh or want to kill some time.”

Hailey Quezada (senior, Liberal Studies) affirms the overarching trend of social media.  “Currently my favorite phone apps are Instagram and Snapchat!” Quezada says, “I find myself on my phone more than ever I feel like because it is just constantly with me, and it is how I communicate with all of my classmates this semester. So I find myself using FaceTime and Instagram a lot more than I used to.”

Quezada is right when she says that the new normal entails far more screen time than before. With the implementation of social distancing, stay-at-home orders and other pandemic guidelines these past few months, lives have gone from being extroverted to extremely introverted. Time with friends is not always possible anymore, so people must turn to resources such as Zoom calls and social media. Now more than ever, our main source of socialization lies within our phones and what apps we use.  It is important that everyone is aware of just how useful apps can be, especially during a virtual reality in the most literal sense.

As college students, money can get pretty tight.  That’s why it’s important to find different ways to budget, such as the art of couponing laid out by a recent Signal article.  Apps provide various ways to save and shop as well.

Friesen says, “some of my favorite phone apps at the moment include shopping apps such as Amazon, Target, UniDays, and Shutterfly.  I like that they are useful and often provide discounts whether in-store or online; UniDays has discounts specifically for college students.”  Yerena also says he has the Amazon app because a lot of his shopping has moved there due to our current pandemic.

Additionally, Friesen shares that she often utilizes her banking apps and apps like Credit Karma to help keep track of finances.  For college students, being able to check your bank account on the go is incredibly convenient and a helpful way to stay financially responsible.

With quarantine ongoing, there’s no time like the present to focus on your health and well-being.  Of course, this is an essential component of our daily lives in general.

The question regarding the pursuit of better health and lifestyle choices usually comes down to where to begin. Nutrition and fitness are usually an advantageous place to begin. According to an article by Healthline, the top ranking nutrition apps of 2020 include MyFitnessPal, MyNetDiary and MyPlate (calorie counters), Nutrition Facts, Calorie Counter & Diet Tracker, Protein Tracker and SuperFood, which is a calorie counter as well as a healthy recipe book.

Opportunities for exercise can be scarce while at home doing schoolwork from a desk. Many students are likely noting the absence of Stan State’s Student Recreation Center in their lives. Do not be dismayed, there is an app for that too.

Some students had their own recommendations to contribute to the genre of health and wellness.

Friesen says that she enjoys apps that help keep her organized such as calendar apps and apps for lifestyle planning and tracking.  “I’ve also booked a few vacations recently and found that there are apps for many different things!” Friesen exclaims, “Some of my favorites are Hopper and Magic Guide.”  For clarification, Hopper is an app for booking flights and hotels while Magic Guide apps provide information and planning for Disneyland or Disney World trips.

With apps like Instagram and Snapchat remaining at the forefront of social media, photography apps have also gained more popularity.

Avant says she finds herself using more social media apps than anything, but she also uses photo editing apps every once in a while.  Friesen also uses social media and photography apps quite frequently.  Friesen shares, “My most recent discoveries include Life360, Hopper, and FLTR (related to Adobe Lightroom).”

Additionally, Friesen recommends the Spotify music app, which is similar to Pandora in that it plays music on a shuffle, but you create your own personalized playlists tailored to your own taste in artists and genres.

Along the same lines as photography in terms of aestheticism, is Widgetsmith. Quezada says she just downloaded the app: “It helps with the new iPhone update [ios14] allowing you to change your screen [appearance].”

Wherever your virtual interests take you, there is always more to discover.  Now more than ever we live in a digital age.  App and website trends are a helpful resource for discovering new forms of entertainment and utilities.