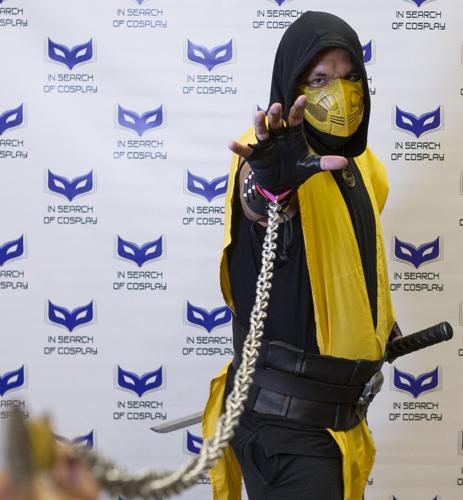 Scorpion Shows off his Kunai and says "Get Over Here." (Signal Photo/ Rob Van Tuinen) 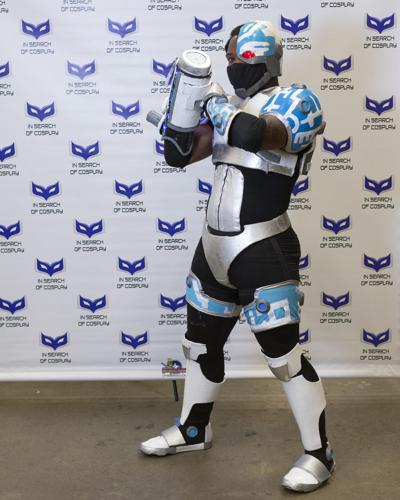 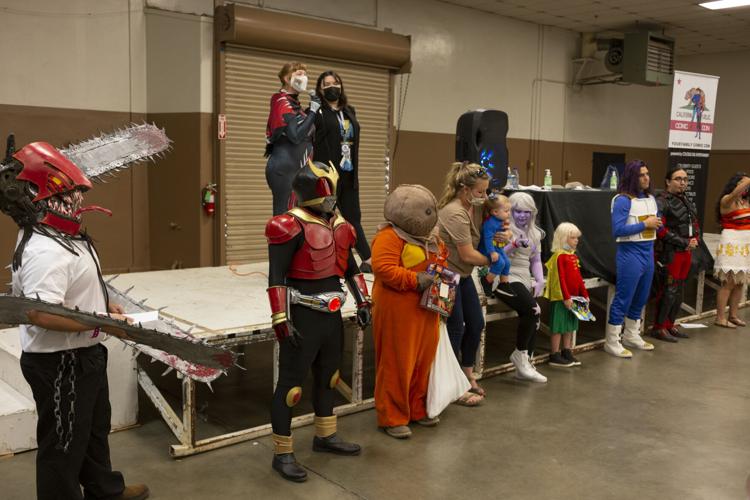 The Winners of the Costume Contest Line Up For Photos With the Judges. (Signal Photo/ Rob Van Tuinen)

The event drew a total of 2,178 attendees this year, according to convention staff. The convention hall was filled with vendors and a panel area where fans could buy collectibles or watch panels from celebrity guests.

The con also featured a kids and adult costume contest hosted by professional cosplayers: Deadpool Fresno, Deadpurple7 and Noel. The prize for the adults was $300, while second place received a lifetime pass which includes admittance to the three other events the staff puts on.

“It was interesting to see everybody practicing social distancing when everything is usually socially together [at conventions],” said Alison Alva (Deadpurple7). “We all had masks on.”

Alva used an amplification device throughout the event as the masks make it difficult to hear.

Leroy Davis (OMGLeeroy) wanted to make sure everyone knew that he was cosplaying as Cyborg from Teen Titans and not Teen Titans Go. He explained that he has special affection for smaller cons.

“I have been to a lot of cons,” said Davis. “I like the smaller cons because the price is not bad. It is easier to talk to people and just relax. You do not have to move around to every other area. At a big con, you are constantly moving.”

Davis went on to say that you do not really miss things at a small con the way you would at a larger con where you have to rush to make sure you make it to the things you can at the con.

“There are a lot of reasons why I cosplay multiple cosplays,” Serafin said. “Mostly for the experience for the kids.”

Serafin explained that he would always get excited going to cons and wondering what characters he would run into. He said that he wants to give more kids that experience when he is able to.

“It's really rewarding for the kids,” said Serafin. “You never know who's day you are going to make.”