You are the owner of this article.
Edit Article Add New Article
You have permission to edit this article.
Edit
News ▼
Arts & Entertainment ▼
Sports
La Letra Ñ ▼
Opinion ▼
E-Edition ▼
Archive
Multimedia ▼
About Us ▼
Share This
1 of 10 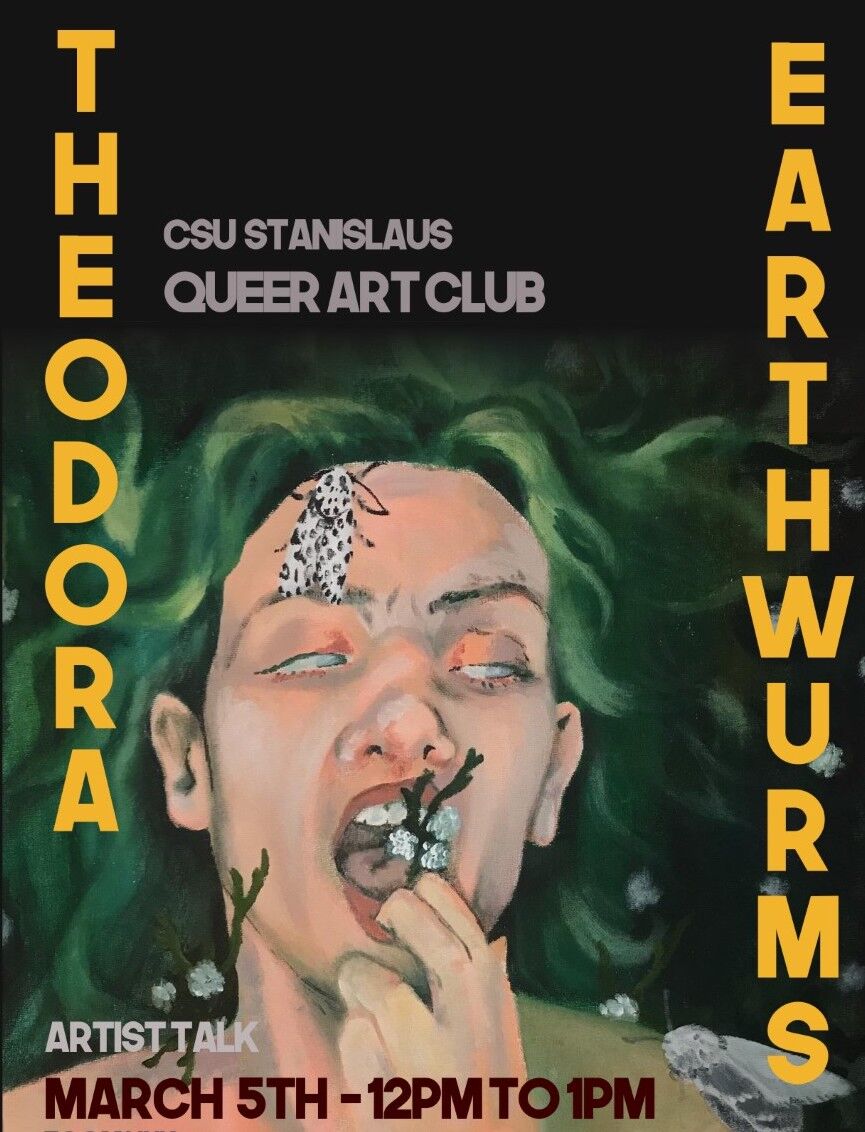 CSU Stan QAC Theodora Flier (The drawing is called Quarantine Self-Portrait by Theodora Earthwurms. This expresses the emotion Earthwurms was feeling at the time when she got exposed to COVID-19.) 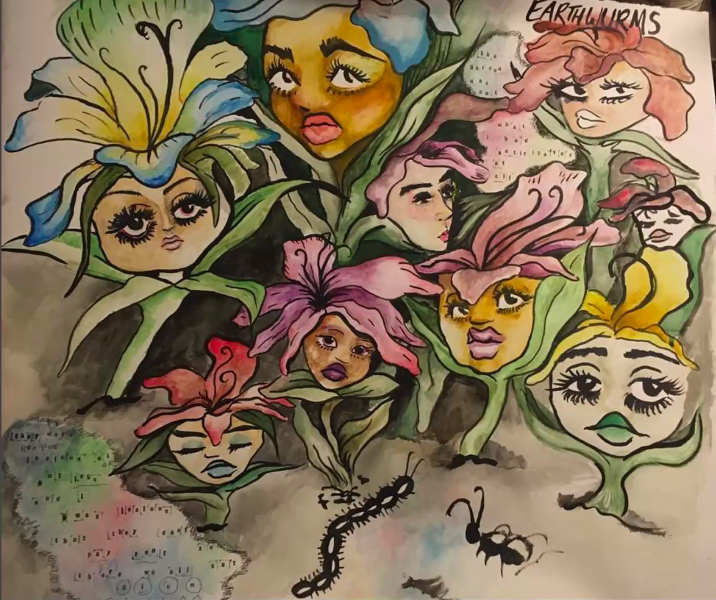 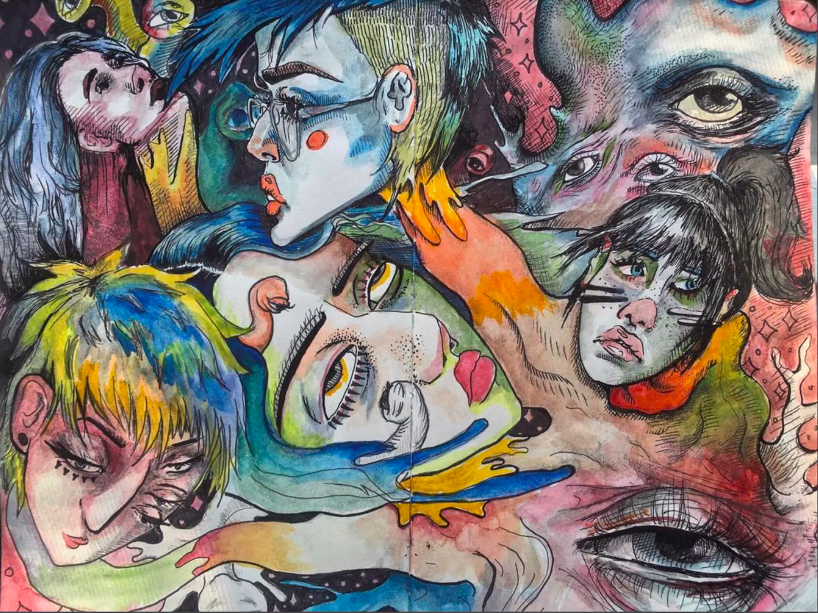 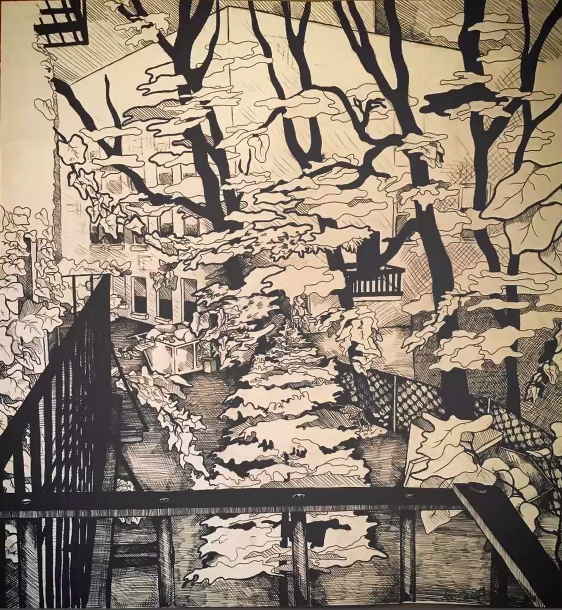 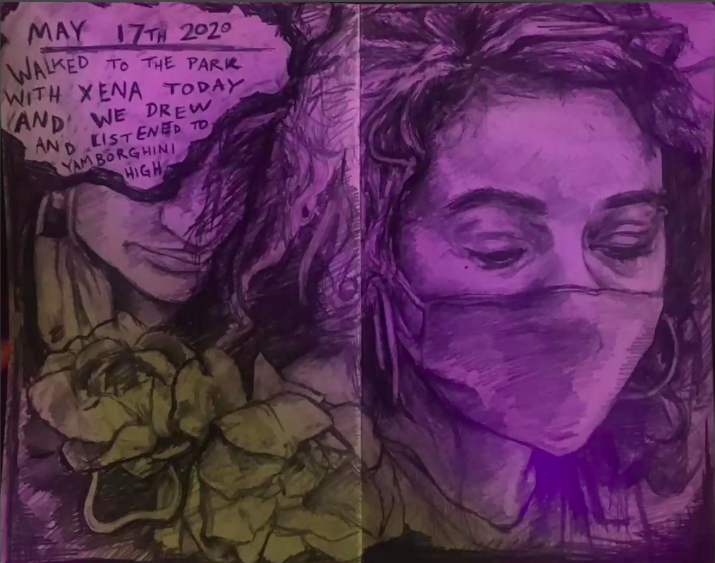 Ink Drawing by Theodora Earthwurms (She mentions she started doing ink drawings that were "inspired by David Shrigley." It started off as Inktober but she eventually got more into it.) 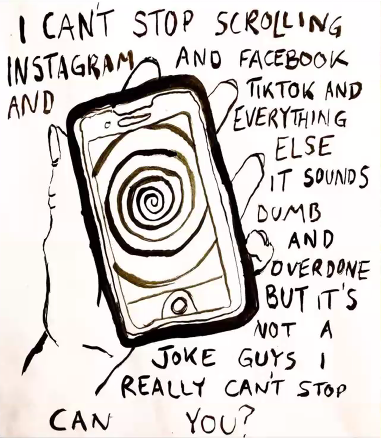 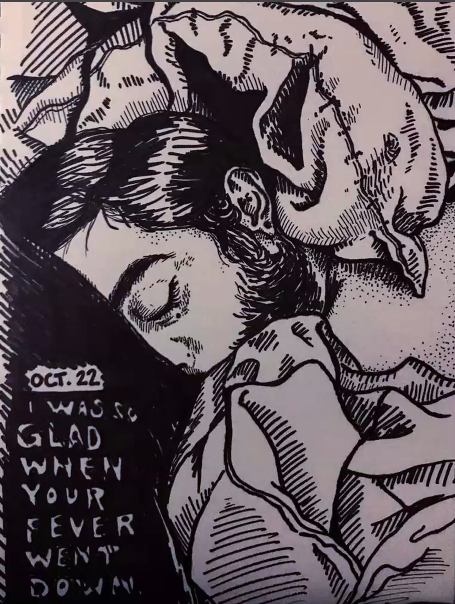 Ink Drawing by Theodora Earthwurms (During the lockdown period she drew a portrait of Brian, who she was staying with since she was exposed. This portrait will also be released in the book of Black and White Drawings.) 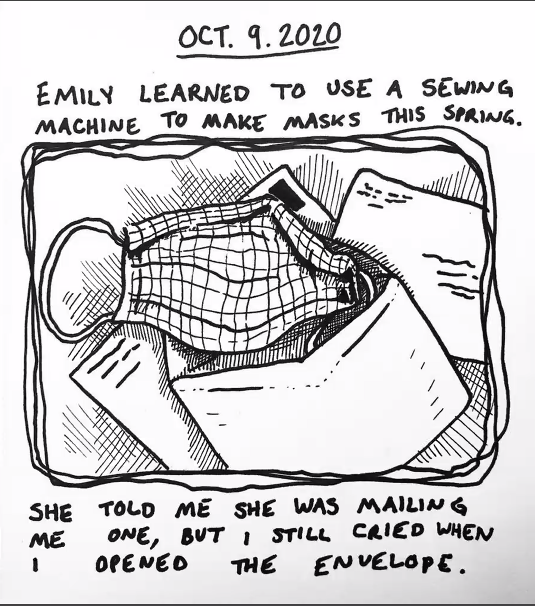 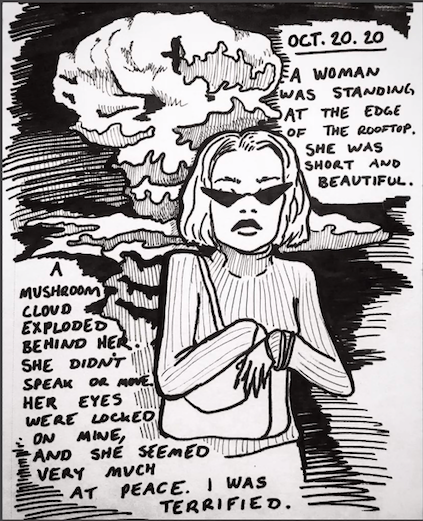 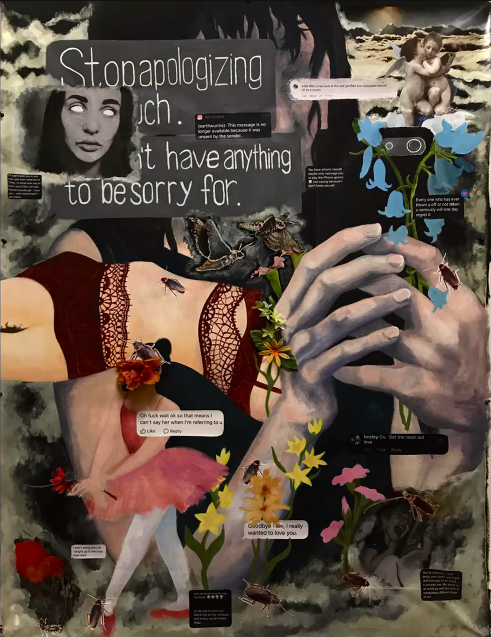 CSU Stan QAC Theodora Flier (The drawing is called Quarantine Self-Portrait by Theodora Earthwurms. This expresses the emotion Earthwurms was feeling at the time when she got exposed to COVID-19.)

On March 5, the Stan State Queer Art Club hosted an Artist Talk with Theodora Earthwurms (they/she). During the talk, Earthwurms described her process-focused approach to creating art and how the struggles one faces in life can inspire art.

Earthwurms, also known as Theo, is a “23 year-old non-binary and queer mixed media 2D and 3D artist.” She was a part-time student at Quincy College in Massachusetts who graduated in 2018 with a dual degree in Fine Arts and Psychology.

Earthwurms has been involved in the arts since she was a young child. She came from a low income family and was homeschooled from kindergarten to 12th grade. At a young age, she began to show her artwork locally with her mother's help. She eventually started selling her art work at the age of 13.

As a process-focused artist, Earthwurms claims she allows her work to make an appearance "naturally rather than planning an outcome or product." This unplanned process allows unconscious emotions and themes to appear from her canvas. It "captures a grey area between intentionally chosen emotional expressions and subconscious thoughts and feelings that are harder to articulate," Earthwurms states.

For instance, while living in Boston, Earthwurms experienced a restrictive relationship, depression, PTSD, a bad flare up of an eating disorder, family issues, substance abuse and struggles in school.

The following is one of the pieces she made during that time.

The COVID-19 pandemic produced more struggles, which caused the Virago Collective (a studio where other artists can do their work and share supplies with one another) to put its meetings on hold.

"It completely changed my world," says Earthwurms. "Suddenly everything was closed doors...I had to let go of my job in the Museum of Fine Arts." She explains that she was used to interacting with other artists who she learned from and connected with, and that was all taken away from her.

Even though Earthwurms was facing many obstacles, she was able to turn to her art.

With an unplanned approach to her own art, Earthwurms asserts it “devalues” a piece of artwork when one is so focused on making them perfect. This can cause an artist to not complete their work.

As time went by in quarantine, Earthwurms used her emotions and made several art pieces, including these:

Earthwurms made other work inspired by her queerness.

First, there is a mixed media piece called “Women from Your Dream,” which will appear in her upcoming book of her drawings and collages titled, "The Letter Project," scheduled to come out late spring 2021. "Women from Your Dream" is a piece "about reconciling with the fact that although maybe you're not technically in the closet, people might know that you're queer. That doesn't mean that you yourself have embraced that, and it's not something that isn't as kinda terrifying as it's stuck too," says Earthwurms.

Another image based of Earthwurms queerness is a collage called "AFB (Assigned Female Birth)," which is a mixed media on canvas with printed elements. Earthwurms says this piece talks about “gender and the ways other people perceive you based on your gender.”

Earthwurms is also a co-host of The Boston Art Podcast (@bostonartpodcast on Instagram), which is a weekly production that she began in January of 2021 with fellow artist Brian Huntress. It's a platform for the two to document their thoughts and experiences in their creative lives as artists in Boston during the COVID-19 pandemic.

To view some of Earthwurms's artwork you can go to her Instagram @earthwurms.