You are the owner of this article.
Edit Article Add New Article
You have permission to edit this article.
Edit
News ▼
Arts & Entertainment ▼
La Letra Ñ ▼
Opinion ▼
E-Edition ▼
Archive
Multimedia ▼
About Us ▼
Sports
Share This
1 of 3 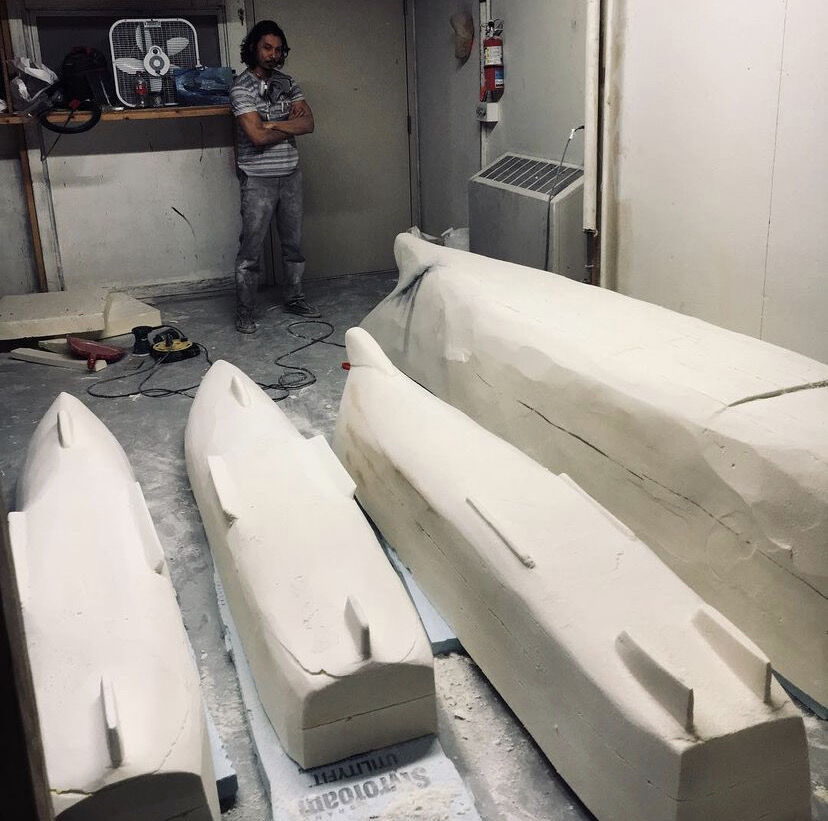 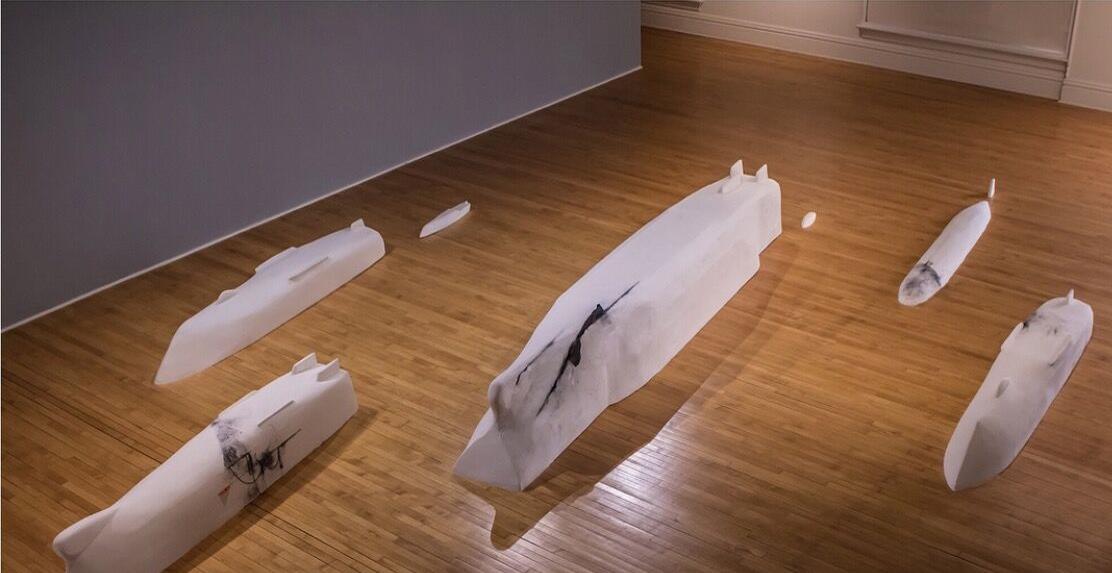 A screenshot of the completed piece "Fleet," created by Jose DeVera and posted by DeVera on his Instagram page on July 23, 2018.

A screenshot of Jose DeVera's piece "The Whale," posted by DeVera on his Instagram page on October 1, 2016.

On March 29, the Stan State Art department hosted an Artist Talk with artist Jose DeVera. Art majors, faculty, and staff members joined the Zoom meeting to observe DeVera's work and to hear from the artist himself.

DeVera immigrated with his family from the Philippines to "escape a climate of crushing poverty and government oppression." After coming to the United States, he enlisted himself in the Marines Corps after high school. He served two combat deployments to Iraq in support of the second Gulf War. DeVera received his BFA in Painting from California State University, Fullerton in 2011 and his MFA in Painting and Printmaking from the Yale School of Art in 2014.

DeVera’s artwork often aims “to clarify the absurd theaters of human tragedy, exploring the possible relationships between historiography and art objects, while simultaneously investigating the cultural networks of mass conflict,” as he describes it. DeVera also describes his work as an “autobiographical observation of power structures and the machines of empire.”

In his paintings and sculptures, DeVera attempts to show connections between history and art. Each of his pieces have their own ways they connect with history.

One piece, titled "Fleet," DeVera made in Cedar Rapids.

Upside down boats used in the piece are made out of clear stone. DeVera explains that he wanted to play with gravity in this piece. “I didn't want people to be sure how heavy things were, I wanted them to seem heavy," he said.

In addition, "Fleet" also makes references to the Marine Corps, in which the purpose of the upside down boats is to show the shape of a “loosely formed battle carrier group.”  The upside boats were still “very large, about 15 feet but still smaller than the usual that made them look like row boats," explained DeVera.

DeVera points out that he knew it was possible for something that was abandoned to have a possibility to be destroyed. As DeVera says, "It was a space where actions were taken by desert’s natural elements and human interaction.” In this case, many people came by and ruined the piece of artwork. DeVera would have to go back and fix it, which led him to understand the vulnerability of his artwork.

Another piece DeVera created was "The Whale," also known as the "Beast of Burden." It is made out of a green and grey parachute and a rope in which every item used was found thrown away.

"The Whale" was inspired by the W. G. Sebald novels Rings of Saturn. DeVera connects to the way W. G. Sebald speaks upon "history and silk in which no one knows about it until the end until he puts it all together."

One of the lines that DeVera mentions that he connected with his artwork was “Representation of history, that it requires a falsification perspective. It goes to clarify that we the survivors see everything from above, everything at once.”

“It cumulated into something strange with this work," DeVera explains. "This way of working was totally unique. The chance to share compulsion. To the material gathering, to the progress it seemed so immersive that it was beyond what I understood.“

After DeVera made "The Whale," he started to look at his work more in terms of “a phenomenal instead of a discrete object.”