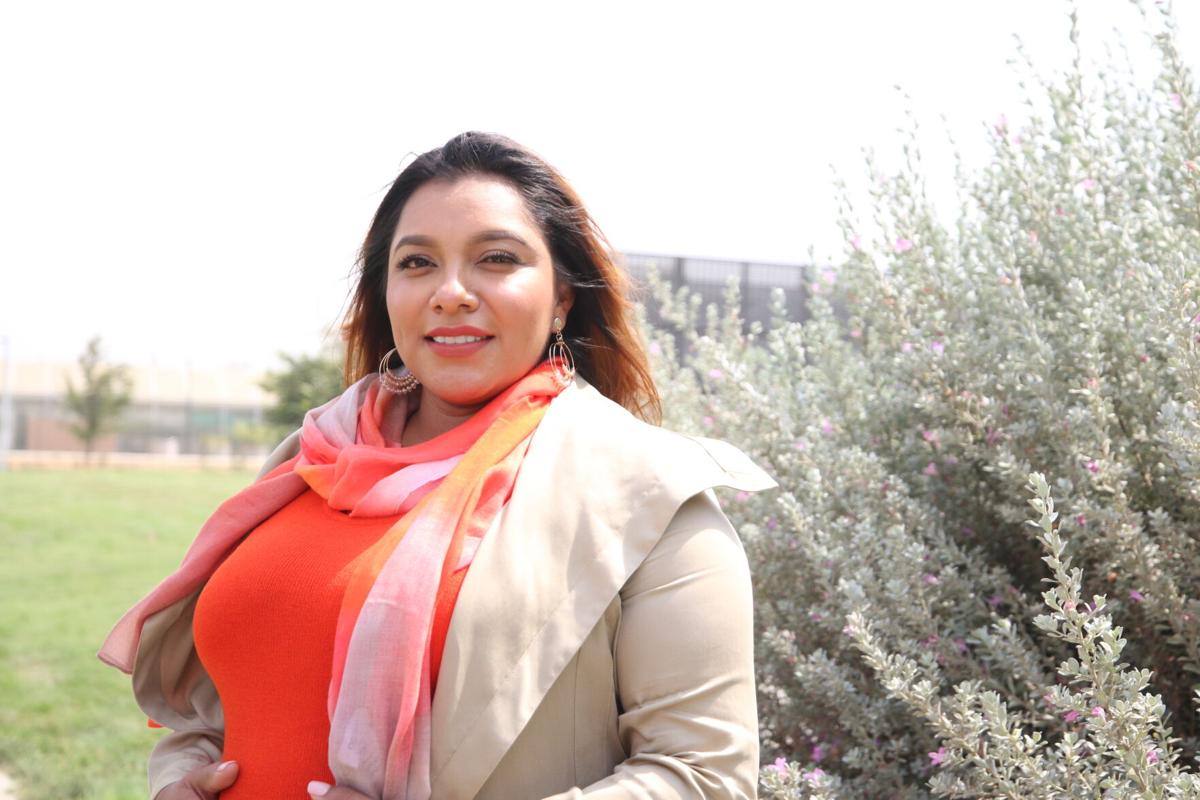 Leticia Arroyo looks to make a positive impact in her community with her degree and with the help of the Project Rebound program at Stan State. (Photo courtesy of Danica Bravo) 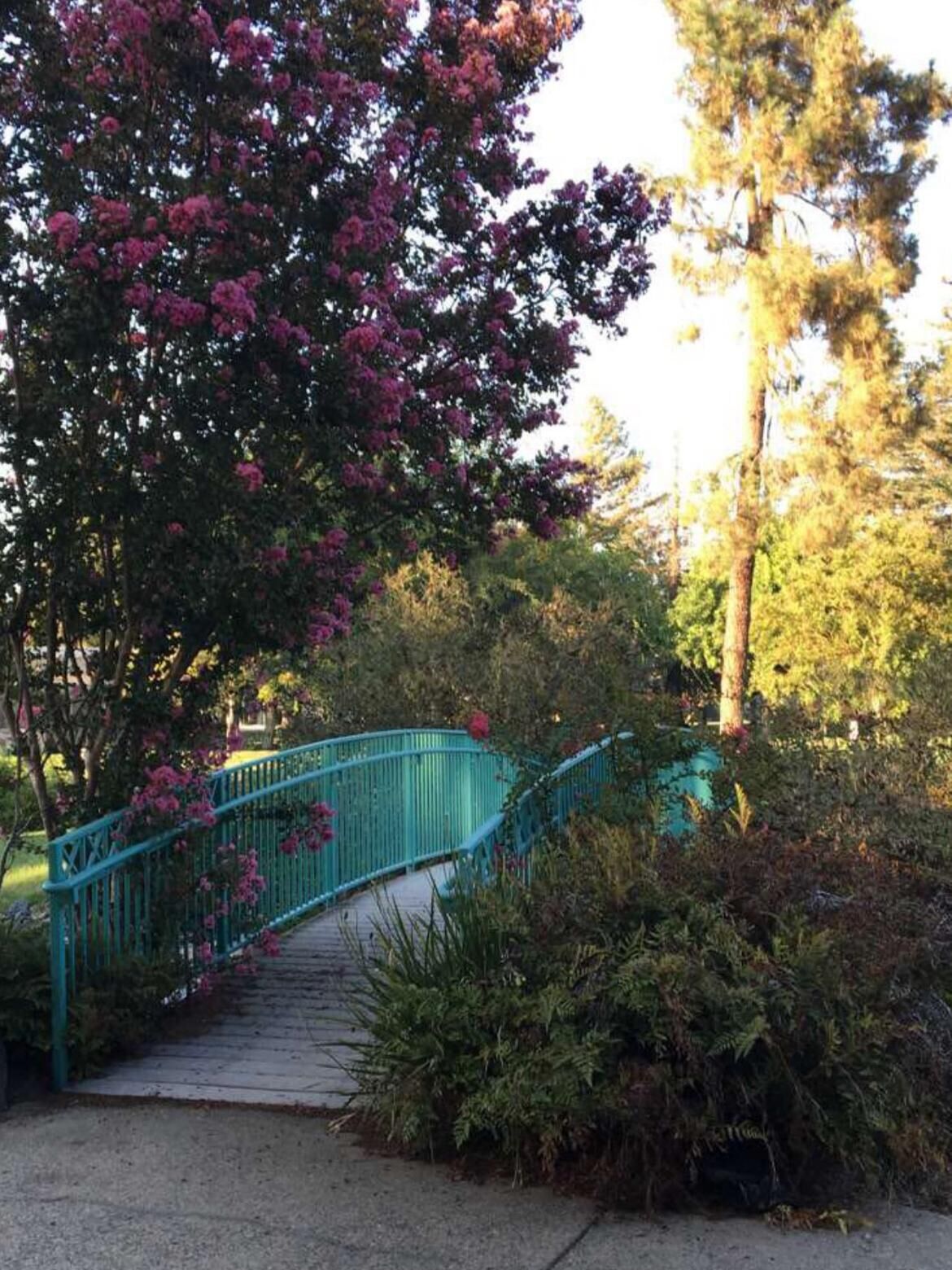 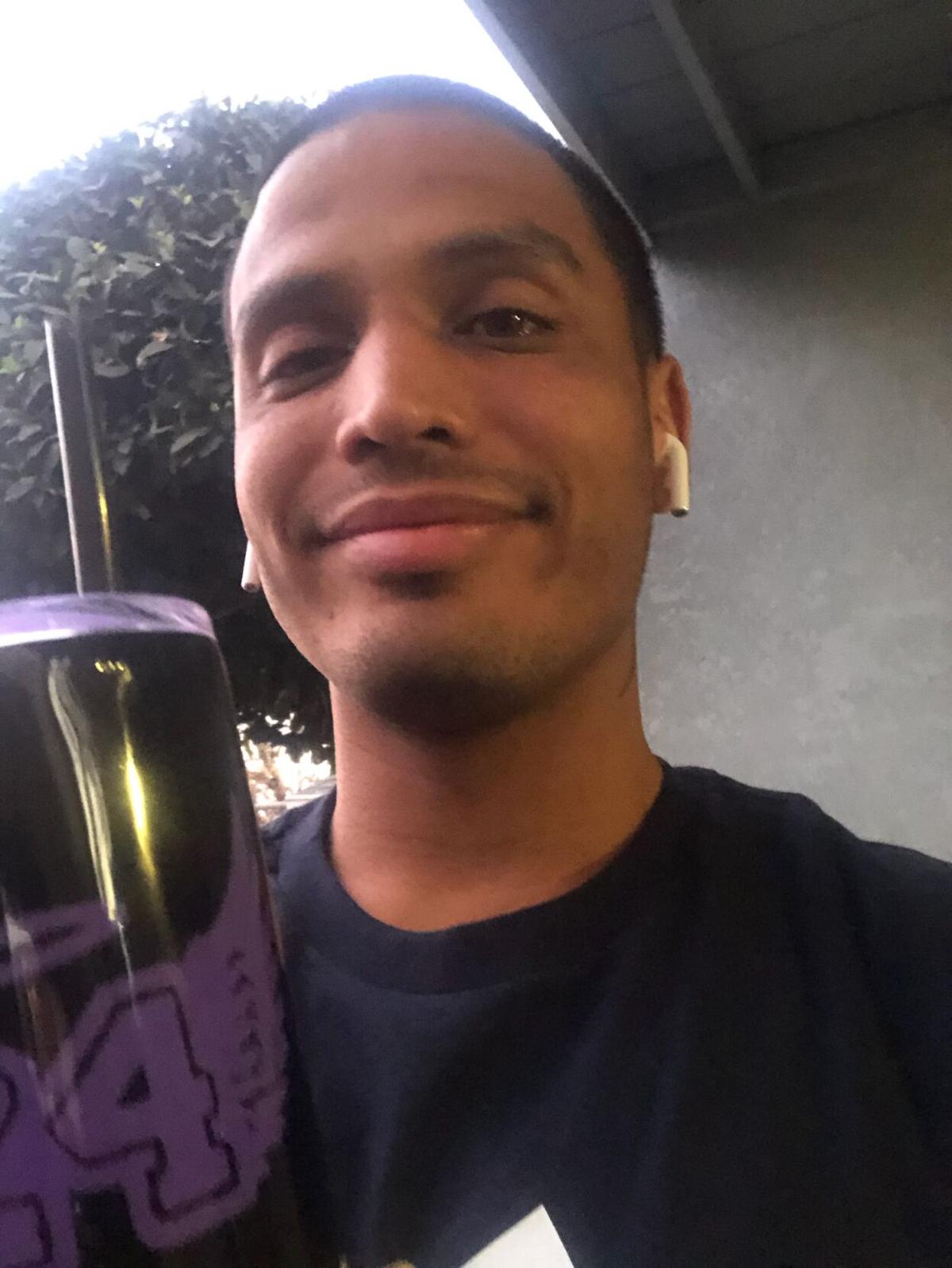 After nearly 10 years of incarceration, Project Rebound helped Michael Bonilla enroll at Stan State, where he now working towards a degree in Computer Science. (Photo courtesy of Michael Bonilla) 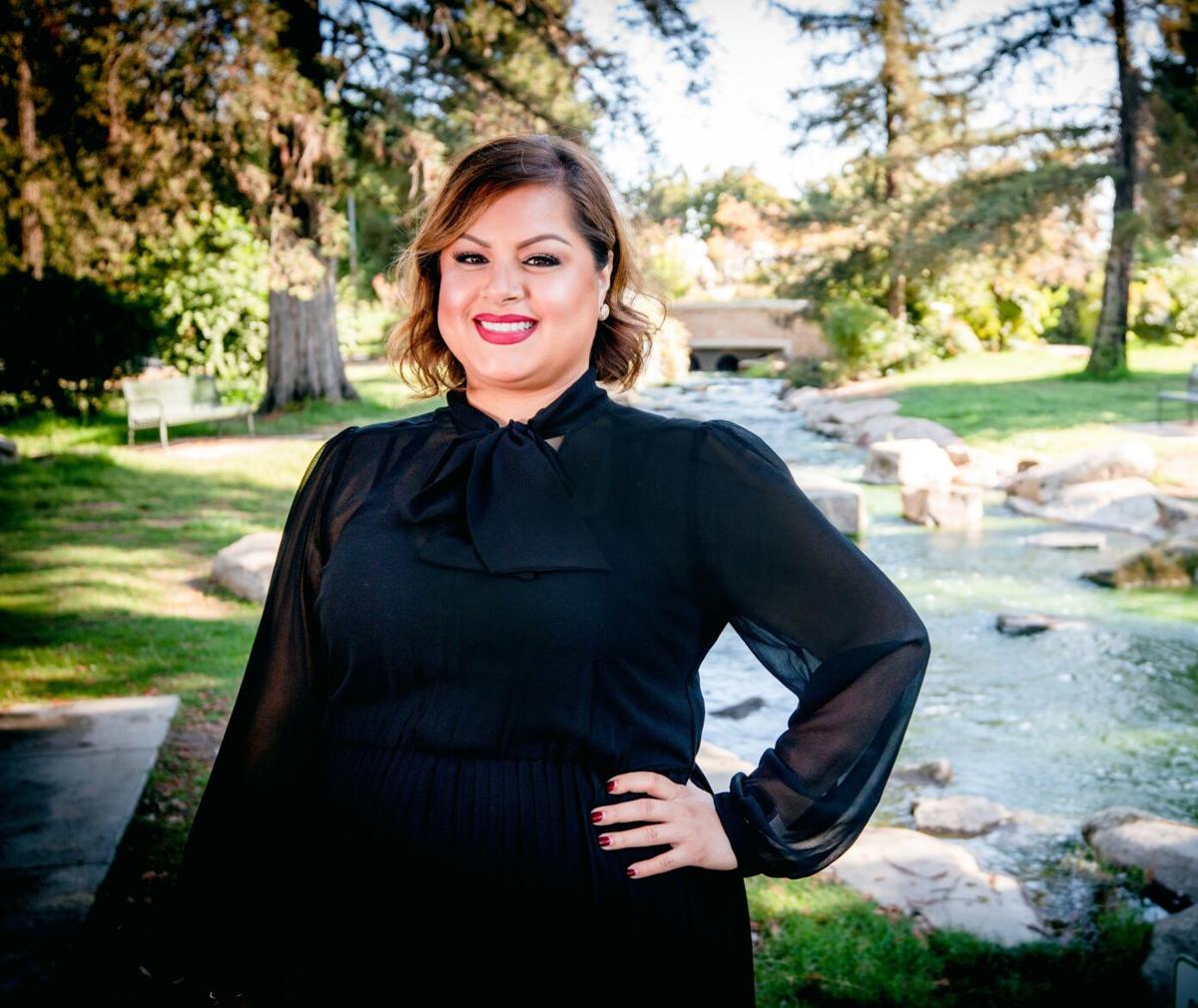 Project Rebound, a program that offers resources and support for formerly incarcerated students, is continuing to produce positive results for its students and the community two years after its launch at Stan State.

According to program coordinator Danica Bravo, the program has now seen three of their students graduate. On top of that, there remains 15 Project Rebound students enrolled with an additional five formerly incarcerated individuals that have applied for the fall 2021 semester.

Bravo stressed the importance of having a program tailored specifically to formerly incarcerated students.

“Our students are very unique, and they have unique needs. Not only are some students getting out of prison from doing over 20, 15 or 13 years, but they are adjusting to society [and] learning how to advocate for themselves,” Bravo explained. “There's a lot of stress and anxiety that they face. They're not the traditional type of student. They're playing catch up when they're getting out.”

Some of the resources that Project Rebound provides to help ease some of these burdens are college application and admissions assistance, academic advising, funding for school supplies such as textbooks, provision of basic needs such as groceries, mentoring, internship and employment opportunities, and handling of parole and probation issues, among other things.

Bravo works closely with county jails and the Corrections Department, who do referrals with Bravo and incarcerated individuals. Once connected to each other, Bravo and these individuals remain in contact through mail and phone calls. Michael Bonilla (junior, Computer Science) and Leticia Arroyo (junior, Business Administration) are both students in the Project Rebound program at Stan State who connected with Bravo while they were incarcerated.

Bonilla was incarcerated about 10 years ago when he was 21 years old. He was released in September of 2020 and spoke about his experience and how he ended up falling in love with education while incarcerated.

“It was definitely an enduring experience, but I think I found myself in there,” Bonilla said. “I found myself in that environment, surprisingly and ironically. Almost paradoxically, you know how could someone find themselves in a place like that? But it's true, and I discovered that I really fell in love with education, so I just educated myself in there.”

Bonilla explained that he enrolled in the educational programs that were offered at his prison and was able to get four Associates degrees while incarcerated.

“I became part of all the educational programs that they offered and worked with my associates. I actually got four of them when I was in there, but then I started helping others. I'm trying to motivate them to educate themselves while they're incarcerated as well instead of just being stagnant. It’s really easy to be stagnant while you're incarcerated; there's so much going on other than school,” Bonilla said.

Bonilla said that he actually started tutoring other inmates in math. This surprised him since math was considered his weak point. “My whole life was I was afraid of math, and I actually became pretty decent at algebra, so I was able to give back,” stated Bonilla.

Bonilla said that he never fathomed the possibility being able to attend a university, but his mind changed when educational outreach programs like Project Rebound visited the prison where he was being held.

“When I went to prison that, I felt it was an obligation for me to do things to improve myself and for everyone around me... I have to get myself out of this situation that I put myself in,” Bonilla explained. “In 2018, there was a seminar there at the prison from Sacramento State. They came over and basically told us that there's a program to assist us in transitioning into a university. My eyes just lit up and I was just like ‘Wow. It's a good thing I've been working towards my Associates because now I can actually accumulate it into something more.’”

“I reached out to Stanislaus, and I reached out to Danica Bravo, and we were exchanging letters continuously. She was like, ‘Hey, it's definitely possible [to get into Stan State, but here's what you need.’ So, I started looking at my transcripts that were ordered over from Coastline Community College, which is a college that's offered there at the prisons, and I had them sent over to her,” Bonilla explained.

Bravo reviewed Bonilla’s transcripts and let him know which requirements he was missing. Bonilla worked to fulfill them and was accepted into Stan State before the spring 2021 semester to major in Computer Science.

“I think that the field is very pliable. It's very dynamic, so I can venture off to different areas... I like fixing. I like solving intricate problems. I also like helping people, and I like talking to people, so I think that things more oriented towards IT support is something that I like,” Bonilla said in regard to his major.

Bonilla views Project Rebound as a support network and appreciates Bravo and all the other students enrolled in the program.

“Danica has been very instrumental in assisting me with the transfer process and getting accustomed to university. I'm very comfortable now, and I'm happy to be part of the program. I’m just grateful for that, and I'm very happy to be able to go to a university, and I feel like my dreams have become realized in some sense,” Bonilla said. “[Project Rebound students] help each other out and motivate and support each other. It's very cool to be able to relate to someone."

Arroyo’s experience started at an earlier age than Bonilla, as she was tried as an adult and was sentenced to 16 years in prison when she was only 15 years old.

“In the beginning, it was difficult because I had to shower with four other girls daily, which was demeaning. Yet later I was forced to dig deep and change my belief system which was even more of a struggle. It was lonely at times [and] I struggled with my self-esteem for a time,” Arroyo explained.

Like Bonilla, Arroyo eventually chose to continue pursuing her higher education while serving her sentence.

“I was hungry for knowledge. No one in my family had ever attended, much less received a college degree, so it helped fuel my desire to earn one,” Arroyo said.

Arroyo first heard about Project Rebound through an orientation put on by Mesa College. Then, by a “stroke of dumb luck” as Arroyo described it, Bravo called her under the impression that she was somebody else who was interested in the program. In the end, Bravo guided Arroyo through the enrollment process at Stan State. Arroyo is now a member of Project Rebound as she pursues a degree in Business Administration.

“I am humbled because of my experiences,” Arroyo said. “I learned how to communicate effectively and search for the good, especially when life may be gloomy. It has also taught me that there is always a solution to a problem or an obstacle and so defeat is unacceptable when you have the strength and passion for a bright future.”

With her degree, one of Arroyo’s career goals is to open a program that helps the children of system-impacted individuals with their free-time hours. She believes that providing positive experiences and opportunities outside of school would help direct these individuals on positive paths.

“We tend to be apprehensive about communicating with individuals that may be weary of ‘criminals.’ Project Rebound removes that stigma and embraces us. It just as well reduces recidivism which is of great benefit to all communities,” Arroyo said.

After three years of being locked in a six by nine-feet cell, 23 hours a day, in a Californi…

The stories shared by Bonilla and Arroyo are things that Bravo can relate to.

Bravo explained that she grew a passion for helping incarcerated and formerly incarcerated people because of what she saw her brothers go through when she was younger.

“I was raised around incarceration [as] my siblings were incarcerated when I was a teenager, so I had a lot of barriers growing up, a lot of traumas,” Bravo explained. “I never pursued higher education because I felt like I was just trying to provide the basic needs for myself and just trying to survive.”

Bravo explained that, for one of her brothers, his story was a result of a lack of guidance and resources that continues to contribute to recidivism in communities, which occurs when someone is released from prison and later reoffends and returns to prison.

“He’d serve over 20 years total; he would get out for three months after doing six to seven years, and then he'd go right back in. There was really, truly a lack of rehabilitation. There were never any resources. I remember him coming home, [but] I don't remember a parole officer showing up saying, ‘Hey, look, tell me what you're going to do with your life, we need to put you on a plan,’” Bravo said.

Something that Bravo does remember was the first time her brother returned to prison.

“He was 17 or 18 and he started working with my uncle. Well because [the job] was in Oakland, they locked him back up because they said he was working out of town and that was a violation. Even though my brother showed them his employment letter, his pay stubs, they still told him, ‘You're going back in,’ and so there was really no help and no services, and I feel like the system failed him,” Bravo said.

Bravo believes that if we do not make a change now for individuals getting out and reentering society, most will become reoffenders and recidivism rates will stay high in communities.

Bravo eventually made the decision to pursue her higher education and wound up working at four different universities with similar programs to help her gain experience in providing assistance to formerly incarcerated individuals. When she heard about Project Rebound receiving funding at Stan State in July of 2019 and that there was a need for a program coordinator, Bravo felt that it was the perfect job for her.

“It was exactly what I wanted to do. I wanted to develop a program for abstraction, and I had the opportunity to do so at Stan State,” Bravo said.

Project Rebound was originally created in 1967 in San Francisco by San Francisco State professor John Irwin, who was formerly incarcerated himself. Stan State’s Project Rebound program was the 14th in the CSU system. There are still nine CSU campuses that do not have a program, as funding is needed for each program at each institution.

You can find more information about the Stan State Project Rebound program on their official Stan State webpage.