Skip to main content
You are the owner of this article.
Edit Article Add New Article
You have permission to edit this article.
Edit
News ▼
Arts & Entertainment ▼
Sports
La Letra Ñ ▼
Opinion ▼
E-Edition ▼
Archive
Multimedia ▼
About us
Share This
1 of 2 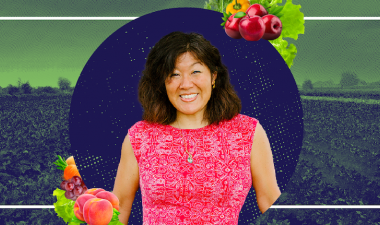 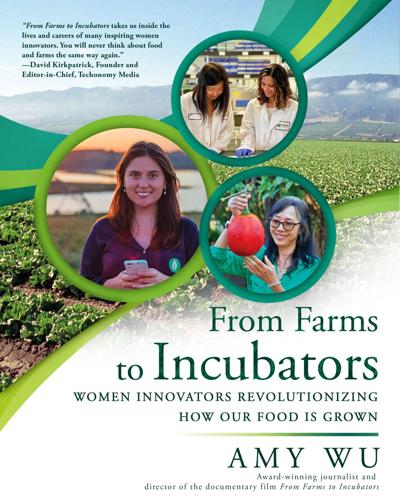 Cover of Wu's Book, From Farms to Incubators Women innovators Revolutionizing How Our Food Is Grown.

Author Amy Wu’s initial goal wasn’t to make a documentary film and write a book. The platform she created as a journalist working in the Salinas Valley, often featuring the stories of minority female innovators in agriculture technology, or AgTech, just kind of morphed. Today, that platform has taken on a life of its own, and it took Wu on a California book and film tour this week, starting with a 2-day event at Stan State this past Monday.

Attendees, including faculty, staff and students, were able to screen Wu’s documentary film about women entrepreneurs in AgTech and learn about her new book, From Farms to Incubators: Women Innovators Revolutionizing How Our Food Is Grown.

Wu, who said she didn’t previously have a background in agriculture, spent more than two decades as an investigative journalist. She wrote for media outlets such as USA Today and Time Magazine before reporting on local government for The Californian in Salinas.

“I didn’t plan to cover and write about agriculture or to become someone who writes about women in AgTech,” she said. “It happened, I would have to say, accidentally, in a good way.”

According to Wu, the film which was produced about five years ago, grew into the book. Together, the film and book feature more than a dozen stories of minority women who have broken the barriers of a predominately white, male dominated industry.

To Wu and others involved in the project, it’s much more than a film and a book—it’s a movement.

“This is a very special project because it grew legs of its own,” she said. “It grew from a documentary and a handful of written articles in The Californian into a movement that is actually advocating for more girls and women to get involved in AgTech, which is one of the fastest growing sectors today.”

Wu strongly believes that there is a lot of opportunity in AgTech for students hoping to establish careers in the field, it just takes a desire to learn.

“I would say one needs to have a curiosity, a passion, an interest and an open mindedness, and truly ask ‘What is AgTech?’ and ‘Where does my food come from and who’s growing it?’ Don’t be afraid to ask questions like that,” she said.

She encourages students to reach out to anyone who might have those answers.

The National Ag Science Center (NASC), which announced a partnership with Stan State in November 2019, helped bring the author event to Turlock. The event was the first major endeavor between NASC and the university since before COVID-19 closed on-campus learning.

Stanislaus County is the second-highest producing agriculture county in California with a gross domestic value of nearly $3.5 billion in 2020, according to a recent report by the Stanislaus County Ag Commissioner’s office. With the opportunities available in agriculture locally, events like this one are ideal learning opportunities for Stan State students to explore the possibilities of a career in Ag.

Taylor Doo brought her Intro to Agriculture class to Wu’s screening and discussion. She hoped it would serve as a way for her students to see an area of the Ag industry they might not have considered before.

Leadership in agriculture, soil and plant science are among the areas of study Doo’s students have been learning this semester, she said, as they prepare to write lesson plans for K-3rd graders in the Turlock Unified School District to use in their school farms.

“I thought this would be a great way to kind of infuse the idea of empowering women and also give them a snapshot of what you can do in Ag,” Doo said. “Show them you’re not limited in what you can do with technology.”

Doo explained that more than half her class, which is predominately made up of freshman and sophomores, have backgrounds in agriculture, but they’re still not sure where they’ll fit in the industry.

“They’re exploring agriculture, but they’re looking for that avenue,” she said. “This is a great way of seeing that the story’s not over yet, you get to write your story, you will find a place in agriculture.”

Monday’s event was also an opportunity for non-Ag majors, like Laura Plascencia (senior, Biology), who attended one of Monday’s screenings of the film and the author session that followed.

“Seeing that this was about women in the industry, it really caught my attention to see what women are doing and how they’re going about this,” Plascencia said.

Being both the daughter of parents who work within the agriculture community and a science major, Plascencia said the event was a unique learning opportunity.

“Living here in the Central Valley, I’ve always been interested in the way our food is processed and made,” she said.

Plascencia attended the event with climate change and the role food plays into it in the forefront of her mind.

“I’m really interested in climate change and the impacts that it’s going to have on food” she said. “I feel like this is a topic that needs to be addressed for us to adjust our systems of food production.”

From Farms to Incubators: Women Innovators Revolutionizing How Our Food Is Grown is available now on Amazon.

Kristin Platts is the Senior Editor of the Signal online student newspaper, majoring in Creative Media with a Journalism minor. Prior to going back to school in 2019, she worked as a journalist covering all things agriculture in California’s Central Valley.